La Grande /ləˈɡrænd/ is a city in Union County, Oregon, United States. Originally named "Brownsville," it was forced to change its name because that name was being used for a city in Linn County. Its name comes from an early French settler, Charles Dause, who often used the phrase "La Grande" to describe the area's beauty. The population was 13,082 at the 2010 census. It is the county seat of Union County. La Grande lies east of the Blue Mountains and southeast of Pendleton.
Things to do in La Grande 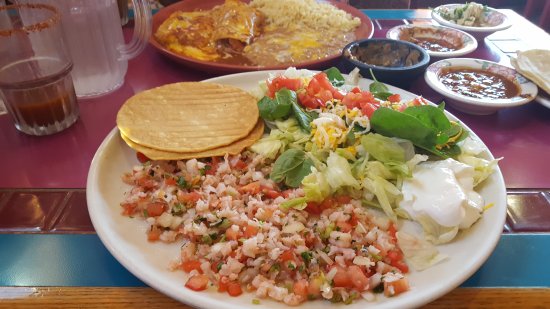 WELCOME AMIGOS La fiesta Mexican Restaurant & Lounge opened its doors in 1998 and still looks forward to provide an attentive and warm service to you and your guests. We take special care regarding quality, freshness and flavor of the food served at your table. We will do our absolute best to provide an enjoyable experience time after time. Enjoy the Great Taste Of Mexico In a Friendly Atmosphere.

We eat out often, often in Mexican restaurants. This was a BIG surprise, the owner is to be congratulated on the decor of this place, it is stunning, very clean, the tile work is amazing. Must see ceilings.
The food was EXCELLENT and moderately priced. The service was great, the waiter was dressed professionally as well as culturally correct.
Great menu... Once again the owner should be VERY proud of his efforts. 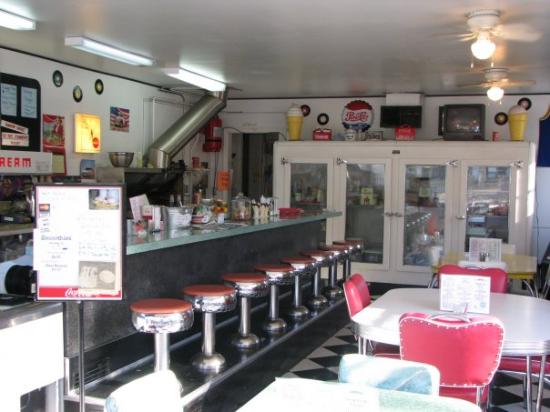 Here&apos;s their listing on yelp; I think they have a Facebook page too<br>http://www.yelp.com/biz/houghts-24-flavors-la-grande

Online search for "best burger in La Grande, OR" returned Hought's as an option. The place sits on a corner and has some outside seating, which is nice when the weather cooperates. I went indoors, the atmosphere is VERY malt-shop, including the 50's to early 60's music. I ordered the Mushroom Swiss burger (there are two types of patties, the Hought's and regular; the former comes with garlic salt and pepper, which I highly recommend), a small order of fries, and a small iced tea. The total was $10.50, which I thought was a bit high, but when I got my order, I was delighted; the burger was DELICIOUS, the fries perfectly crispy on the outside and tender inside. I would recommend this place to anyone who wants a great-tasting burger. They have a nice-sounding ice cream selection, locally sourced, but I was too full to indulge. Ah, another time perhaps. 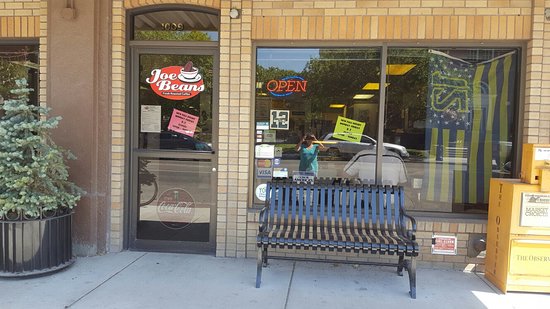 We stopped here for lunch during our road trip. The sandwiches are outstanding and made to order. The bread is fresh and tasty. The coffee is locally roasted and fantastic. Definitely high octane. The people are friendly and interesting to speak with.
Lastly- a yummy bakery. Delicious desserts. 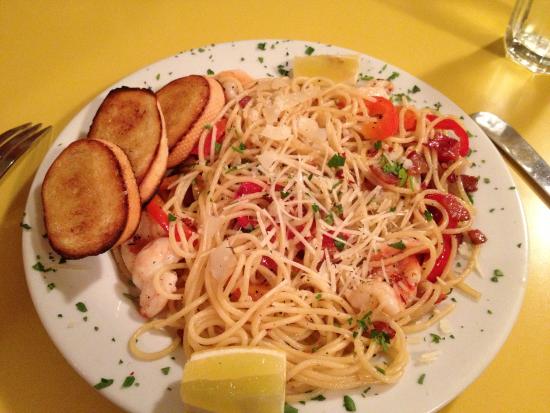 Based on Trip Advisor reviews, we had dinner there. The menu, although not extensive, has varied, interesting options. The atmosphere is friendly and warm. Although its name is a Spanish term, this is NOT a Mexican restaurant -- there are lots of entree items from other food traditions. That said, I would still encourage people to try the house Margarita, which is one of the best we've had anywhere. We shared a delicious pasta dish. We were in La Grande for just one night. If we had been there for more days, we certainly would have returned there for dinner! 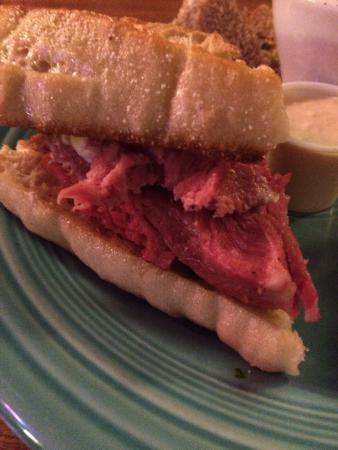 Went here on the recommendation of the hotel clerk. Wife had the Salmon and I had the Strip loin. The wife's Salmon was way overcooked and she said she's had better at Longhorn/Outback. My steak was overcooked also and I didn't think the meat was of very good quality. Both items were handsomely priced so needless to say I wasn't a happy camper. On the plus side the complimentary veggie plate was good as was the salad and the bread. Service was pretty good. I probably won't go here again. 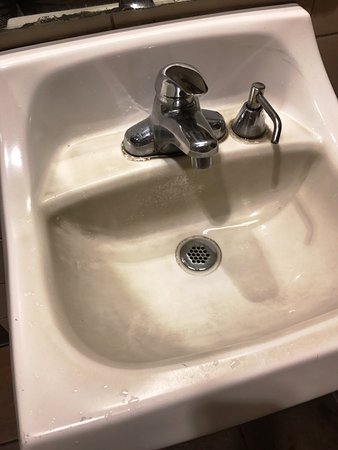 After substandard motel breakfast needed a good cup of coffee. This Starbucks provided it. My gold card was accepted. My wife ordered a very specific drink. It was repeated back wrong but, after correction, came out right. If Starbucks employees follow the playbook the customers win. 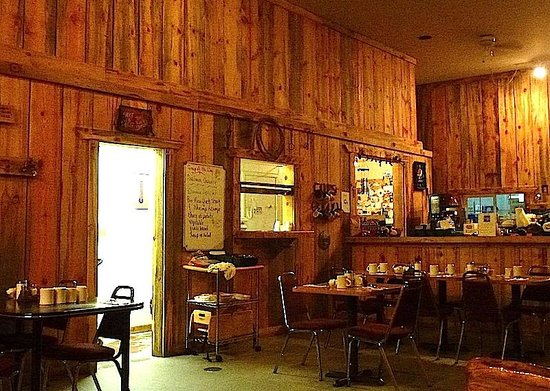 As previous reviewers have said, don't judge this restaurant by its outsides. We wanted breakfast and it was around 1pm. We called, they served breakfast all day. My husband had a huge breakfast burrito (it was dinner for him the next evening.) I had eggs with ham and hash browns which included pancakes (the regular portion.) We always order the pancakes as its a good judge of a breakfast joint. Their pancakes were fluffy and a bit crispy on the edges. Just the way we liked them. This is a local hangout - we were the only tourists. The wait staff was very kind and efficient. So if you like joints, you will like this restaurant. 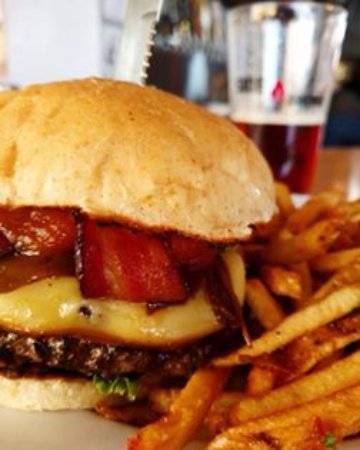 Side A Brewing is a Brewery located in the heart of downtown La Grande, Oregon. Side A provides an atmosphere of industrial space within a piece of La Grande history. Set inside the iconic Historic La Grande Firehouse featuring the Eastern Oregon Fire Museum. You can enjoy your dinner and beer and brush up on the history of the building, as well as the firefighters and various fires fought throughout the area. And an old school firetruck of course! We believe in supporting our community in any way we can by keeping the history available and creating a menu using locally sourced foods. Our Brew Pub features an upscale, creative pub fare and a fine selection of craft brews and all the scrumptious burgers and dirty fries you could ever imagine. Feel free to enjoy your beer inside or out in our back-alley beer garden. Bring your friends and have a beer with us.

We really enjoy craft beer and this is the only brewery we could find in La Grande. We stopped for dinner and some beers. Our food was good. The entrance to the restaurant was difficult to find as there is just a red sign with an "A". It is in an old firehouse with an interesting attached firehouse museum. The acoustics are poor, so the restaurant is really noisy. I probably would have given them more stars, but we got ripped off, asking for a flight of beers. Most breweries have flights for sampling. All breweries charge for the flights, which is standard. However they brought us 4 samples, of about 1 tablespoon each and charged us $5. So skip the tasting and just order a pint. 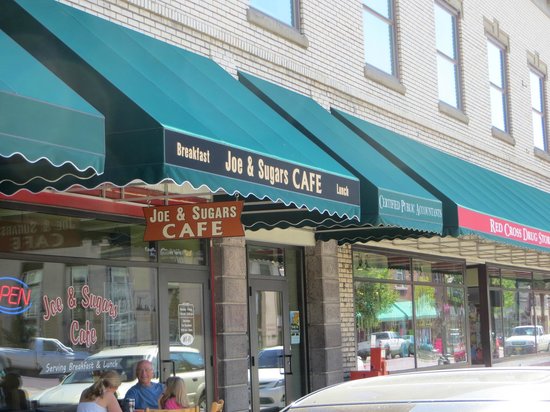 Joe & Sugars Cafe is in the heart of downtown La Grande (located next to Red Cross Drug Store). We serve a full service Breakfast from 7-11 and Lunch from 11-3.Offering a daily lunch special.

I live in La Grande and eat at this special place frequently! I always take "out of town" friends and visitors here for lunch. The best sandwiches and homemade soups are on the menu.

Joe and Sugar are precious and always greet you with a smile......and Joe even sings occasionally as he delivers your meal....and the card tricks are unique as each of us get a card when we place an order.

And.....the yummy dessert case is filled with tempting and delicious treats to finish off your lunch....good coffee and espresso too!