Hot Springs is the eleventh-largest city in the state of Arkansas and the county seat of Garland County. The city is located in the Ouachita Mountains among the U.S. Interior Highlands, and is set among several natural hot springs for which the city is named. As of the 2010 United States Census, the city had a population of 35,193. In 2015 the estimated population was 35,635.
Things to do in Hot Springs 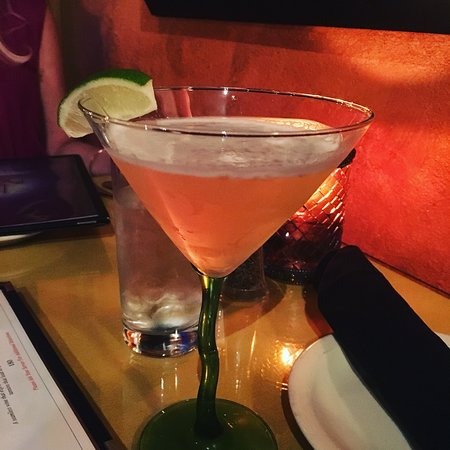 Luna Bella is cosy and food is delicious! Service was great! The owner is very nice and makes it obvious he values your business. We will definitely be back! They have the best pizza that we have found in this area. We also like the appetizer sampler that they offer! The Heavyweight is our pizza of choice. Waitstaff isn’t the friendliest but I really believe it is because they are so busy all the time. We will go back next time in Hot Springs! Pizza is that good! 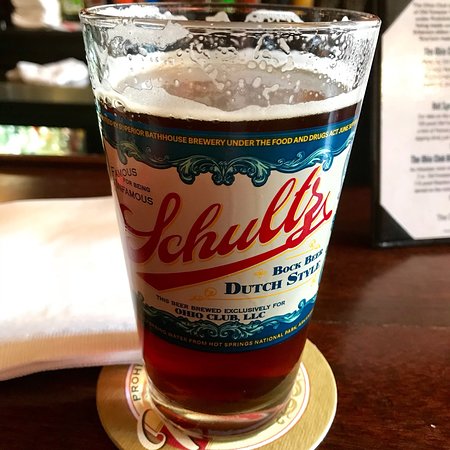 Arkansas&apos; oldest bar. Step back in history and have a drink where the likes of Al Capone, Lucky Luciano, Al Jolson, Mae West and a host of others have. We have won People Choice awards for our Hamburgers and our Reubens have been reported to be the best they have ever had. We keep our menu simple but high quality. We have live music 7 nights a week with Blues on Wednesday nights, Jazz on Thursday night and classic rock on the weekends. The Ohio Club Players are our house band and have been a Hot Springs favorite. Non smoking and open at 11am every day until 2am.

I had heard good things about the burgers here so decided to find out for myself. Pretty crowded for a Wednesday. Ate upstairs listening to the Club band play some Blues music (which I love). I ordered teh Swiss mushroom burger. While there was plenty of mushrooms and Swiss cheese the burger flavor was just average. Maybe I should have asked for some mustard or mayo but I wanted to experience the flavor “naked”. Fries were really good. 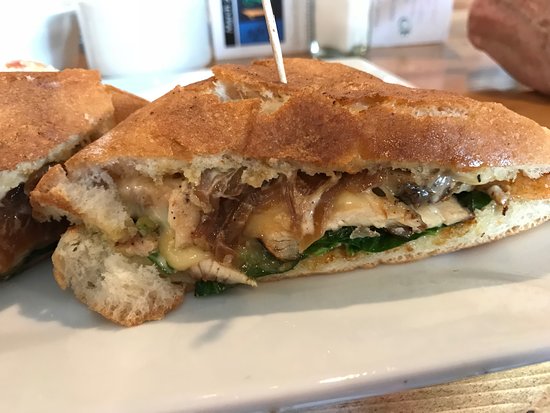 Stopped in for a weekday lunch. Food was fresh and flavorful. Service was attentive. The restaurant was recommended by locals and we're so glad because we wouldn't have normally landed here. We split a Ruben which was served with peanut pasta and we added a side of acorn squash quinoa finishing off with a slice of butterscotch crunch pie. The corned beef on the Ruben was perfect according to my husband and the sandwich was delicious (sometimes Rubens are salty - this one was not at all). The quinoa was the highlight of the meal for me. The pie was good but the chocolate crust overpowered the butterscotch too much for hubs so I got to eat most of it ;) highly recommend!!! Will eat here again! 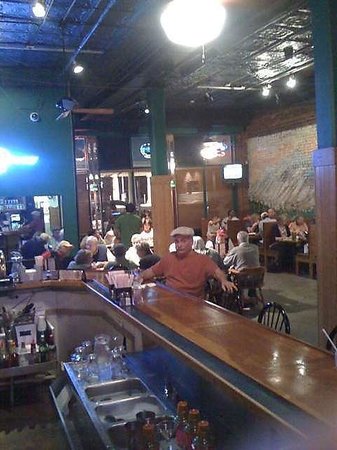 Visited Saturday at lunch. The food was very tasty. The chips, salsa, yellow cheese dip all good. Husband was pleased with the enchilada and tamale on the combination plate but said the taco could have been a little better. The taco salad was delicious. The other couple had steak and chicken fajitas and said they were good. The only negative is that they are closed on Sunday and Monday. 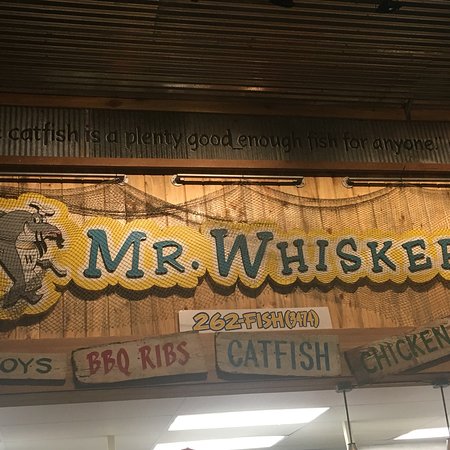 The fried fish was really good. The chicken strips were fine. But the grilled fish was cool and wet and just not good. The shrimp had the same batter as the fish and it was just strange and we really didn’t care for them. We really didn’t love any of the sides but the pickled tomatoes. The tarter and whisker sauce was good. Everyone’s taste are different but we wouldn’t go back for the meal as a whole but we all really enjoyed the fried fish but I’m not sure that is enough to get us to come back. 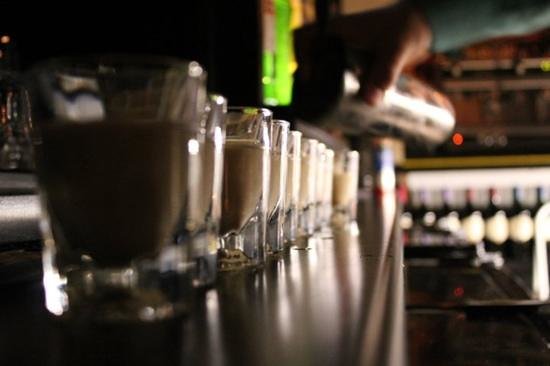 We decided to visit Via Roma after recommendation from our hotel. We are so glad we did. We each started our meal with salad, which were wonderful and very fresh. Next time, will share a salad as they are quite large. The bread and pesto was excellent, very soft bread and the pesto was very tasty with a bright fresh flavor. We had shrimp chef style and chicken piccata; both were excellent, flavorful and fresh. The portions are generous, so you will not leave hungry. No room for dessert, unfortunately. The service was excellent, from the minute we walked in until we left. Our server, George, was very attentive but not intrusive; he was very helpful and so pleasant. Highly recommend to anyone looking for a delicious Italian meal. We will definitely return. 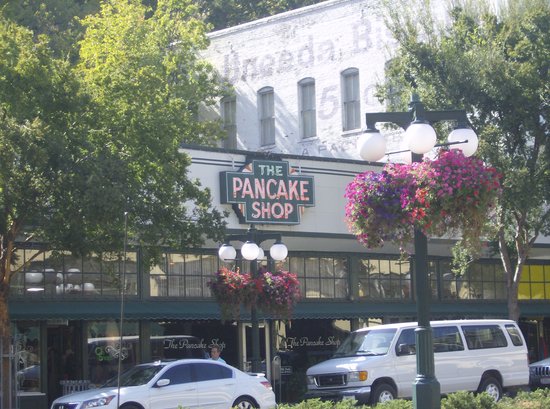 So we didn't have pancakes but we did have some wonderful egg dishes. Service was amazing. Always nice to have a full coffee cup. Be warned the ham steaks are huge even the small one. So take your appetite. 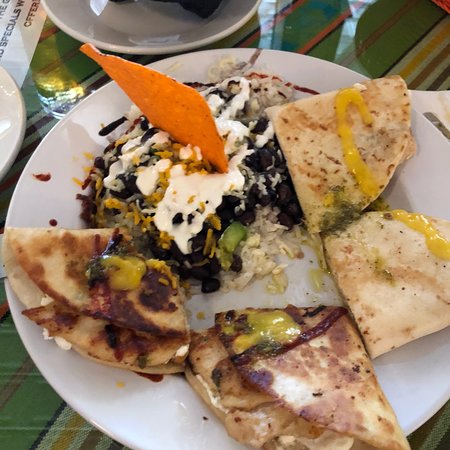 Had been putting off visiting but by the time we got hungry most places were closed. Food was surprisingly good considering they were about to close. Wife had tortilla soup & it was so different from any she's had before. Daughter got enchiladas & enjoyed them. I got the biggest chicken burrito I think I have ever had. Server was nice even though he seemed annoyed we got there at 8:30. 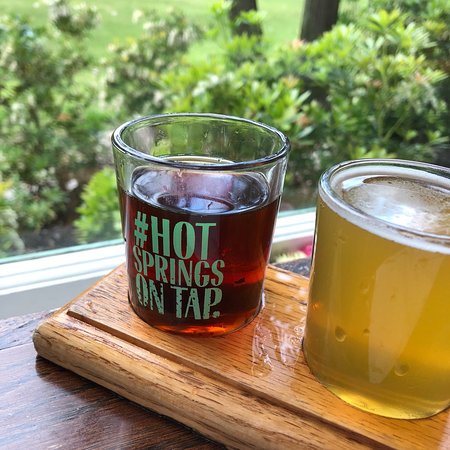 We had just finished massages & I wanted something cold. Sandwiches were amazing. I had the beer bath to sample all of the beers made in house. So glad I didn't have far to walk to my room. Wife stuck with sweet tea. I got the rueben & it was wonderful. Wife got the BLT panini & really enjoyed it. We will be back when I have to refill my growler.