Hochatown is a community in McCurtain County, Oklahoma, United States, the second to hold the name after the first was flooded by the damming of the Mountain Fork River to create Broken Bow Lake. The city lies within the Little Dixie region of Oklahoma, an area originally settled largely by Southerners seeking a new start following the American Civil War.
Things to do in Hochatown 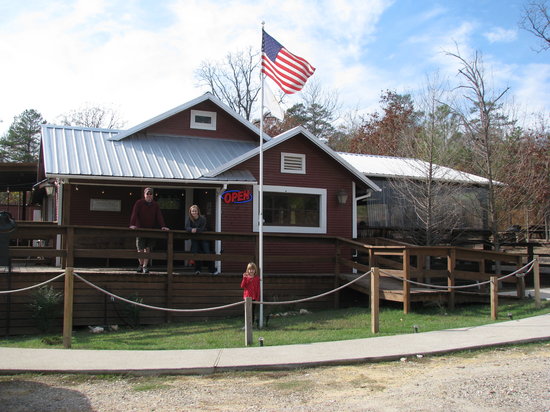 First - I'm not a big pizza fan - but - after driving by this place so many times in our last two visits to Beavers Bend, we decided to give it a try and I'm glad we did. Service was great - very attentive and the pizza hot & great. Large outdoor seating area was nice - although we had to retreat under the ample covering when it started raining. We'll be back next time we're in the area. 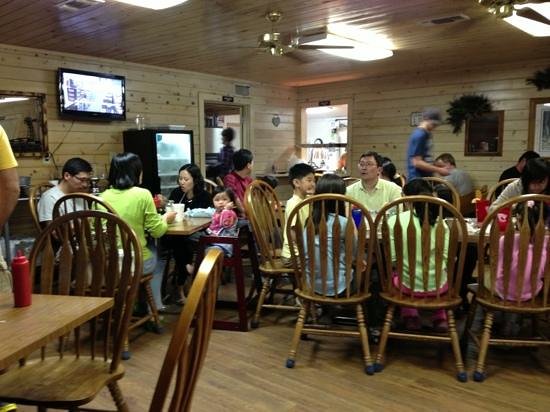 HWY 259 North, across from Abendigo&apos;s

Reviewed By Gary B - Tuscola, Texas

We had a late lunch at Stephens Gap, while there celebrating our 43rd anniversary in Broken Bow. My wife had the popcorn shrimp & I had the chopped steak with corn fritters. Both meals were very good, but when we finished, the pies they are supposedly famous for were not available...AT ALL. 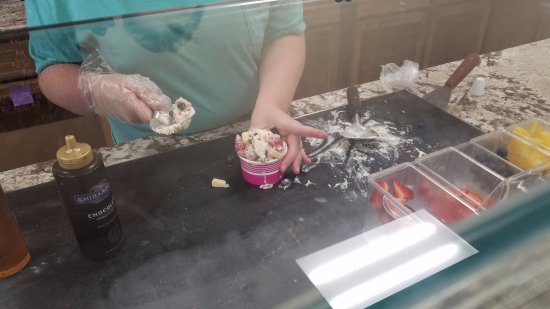 Okie Girls Coffee & Ice Cream proudly serves espresso and coffee based drinks with beans roasted from Onyx Coffee Lab from Northern Arkansas. Feed your need for caffeine with one of our expertly prepared lattes, cappuccinos, macchiatos, frappuccinos, or a regular cup of joe. On the ice cream side of the shop, get a proper brownie sundae, two scoops in a house made waffle cone or dive into a custom mix of your favorite ice cream and choice of toppings, from sprinkles to nuts, mixed on the shop&apos;s cold marble countertop. Get the best of both worlds and try our affogato, espresso over your choice of ice cream.

You can "mix" in extras, usual flavors of Rocky Road, cookie dough. Coffees also. Cute girls serving, very eager to help but they "dangled" their long hair over the ice cream as they scooped, kind of weird to not have their hair pulled back. 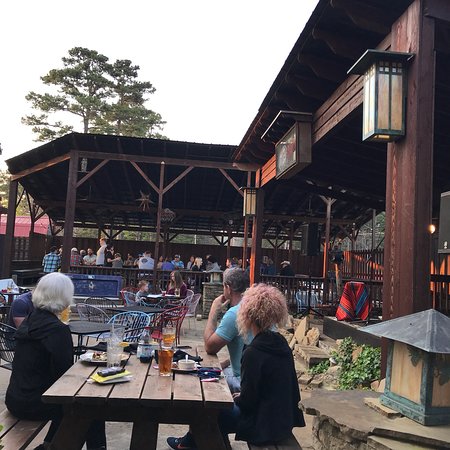 My wife and I stopped in this restaurant when we stayed in a cabin last May. We had to enter through the gift shop instead of the front door. Once we were finally greeted we were taken into a completely black painted room that looked like a seedy nightclub. We then proceeded into a large room that had maybe 8-10 tables, about half of what the space could accommodate. We asked hostess if we could sit outside so she took us to the first table right outside the door. We asked if we could sit at a table closer to the stage to which she rolled her eyes at me, took us to another table, dropped the menus on the table and proceeded to just walk away. Keep in mind it was about 5 pm and there was only 3 tables of diners in the entire place. So, we sat down and watched employees go about setting up for a live band that evening. After about 5 minutes my wife left to go to the restroom. 5 minutes late she returned and asked if I had ordered drinks. I told her no one has bothered to come take our order. So, after this everything up to this point we decided it probably wouldn't get any better from there and decided to leave. As we approached the door to the main dining room a waiter moving some chairs asked if there was something wrong and if he could do something for us. I told him that they needed to fire everyone, hire new employees and make sure they are properly trained. He said OK thanks and have a good night. Now, I say all of this as I worked in the restaurant industry for many years while in college so, I have an insiders view of how things should work. We will be staying at another cabin in a week and will be sure to keep driving past this place. 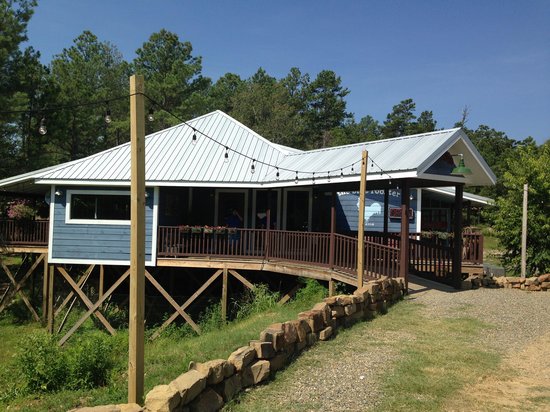 We go on a girls trip every year to Broken Bow and found this restaurant a couple of years ago when no one in our group wanted to cook. The food is great and fairly priced. The catfish basket with macaroni and cheese, BLT and Fried Bologna sandwich are top of our list. Don't forget the Fried Squash! The servers are great and the atmosphere is upbeat. Paper and colors are provided for the kids (of any age) ;) 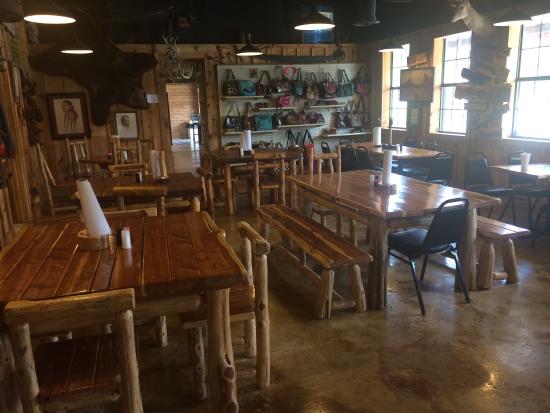 This place is cool on the outside but the bbq is terrible. The service was terrible. The young girls working didn't want to wait on us and they probably only 6 customers in the whole place. The staff seemed to be more interested in their cell phones.

7. House of Burgers and Blues 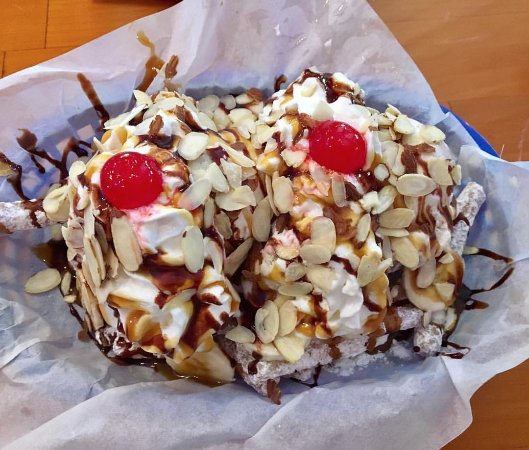 Fried whole okra and fried green beans were great appetizers. Among the four of us, we had the blues burger, classic cheeseburger, loaded cheeseburger, and chicken club. BEST BURGERS EVER! The homemade secret seasoning and blue cheese sandwich very can’t be beat. The drinks were generously poured. The owner/bartender is a sweet, entertaining guy. Can’t wait to come back in the summer and use the outdoor space! 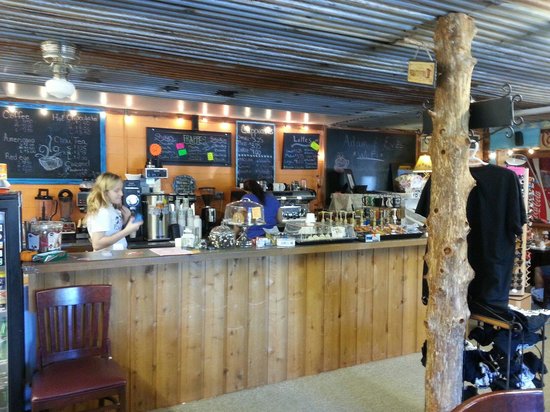 The garden salad was large and a refreshingly different mix of greens with kale, brussel sprouts, onions, cucumbers and cheddar cheese. The panini was more like a sandwich with panini grill marks, a good portion but not warm. The roast beef sandwich was not hot and the beef reminded me of Arby's.
The store has an interesting mix of items to wear and decorate the inside and outside of the house. 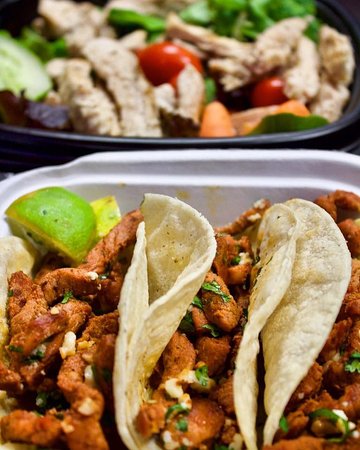 "Back To Our Roots" We&apos;ve come back to Hochatown, back to the lands of our ancestors with a fresh take on some very old and honored family traditions. "Back to Our Roots" involves coming back to nature, back to a way of preparing and sharing foods like our grandparents did, back to a more organic way of life, and back to the generous hearts and vivid heritage that our families have passed down for generations. It is our desire to share some of the history of this area with you, hoping you take away not just our wholesome delicious foods but also a taste of the local culture and character that shape our unique approach to life.

On a girls weekend trip and looking for somewhere that 5 picky girls will be all be happy to eat. We are looking at reviews on trip advisor for places in Broken Bow, Hochatown. Came across this place. Not many reviews but pictures and reviews,...MoreThank you so much for eating with us and for this terrific review! We look forward to serving you again. 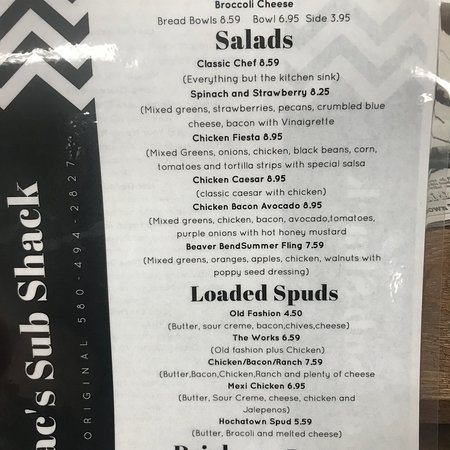 Quick service and great sandwiches. The Turkey Bacon Ranch Sandwich and the Not Your Mama Meatball Sandwich are both yummy!