Top Things to do in Guntersville

Guntersville (previously known as Gunter's Ferry and later Gunter's Landing) is a city in Marshall County, Alabama, United States. At the 2010 census, the population of the city was 8,197. The city is the county seat of Marshall County. Guntersville is located in a HUBZone as identified by the U.S. Small Business Administration (SBA).
Things to do in Guntersville Visited the Rock House Eatery for dinner in October, 2017. My wife had the planked Salmon in a creamy lemon sauce which she described as excellent. I had a delicious fettuccine with sautéed chicken, small chunks of fresh pear, peas and crispy bacon pieces. Our server was very attentive and took care of every detail.

dairy Queen is one of those average restaurants you can get pretty good ice cream and a pretty good sandwich. The one thing that I did not like and it has happened at multiple Dairy Queens was I went into get a pumpkin pie blizzard which was the blizzard of the month and it was clearly shown on the price board and yet they said they weren't in a carrying it. 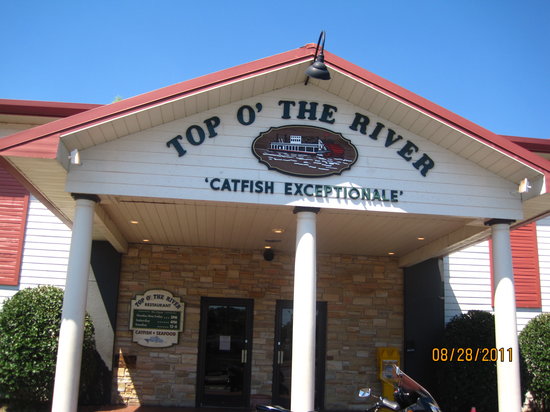 The service and prices were very good. It's not a fancy place but still nice. If you don't really like fried foods then you won't like it here because that is what they offer. We ordered and did not realize that they offer coleslaw and cornbread with the meals so we had way too much food, but I'm not complaining about that.
Overall a fun place for fried fish and sides.

We're local but go when we have a special occasion, prices are steep (what seafood isn't these days?) but fair for the amount of food you receive. We usually order the lunch or dinner J.O. Platter which is a seafood platter loaded down with a ton of food, usually cannot finish and have to get a box to go. Drink prices are in line with other bars. I love the buffalo shrimp. Keep an eye out for coupons in the paper and at the SaveAround app that can save you a bunch. 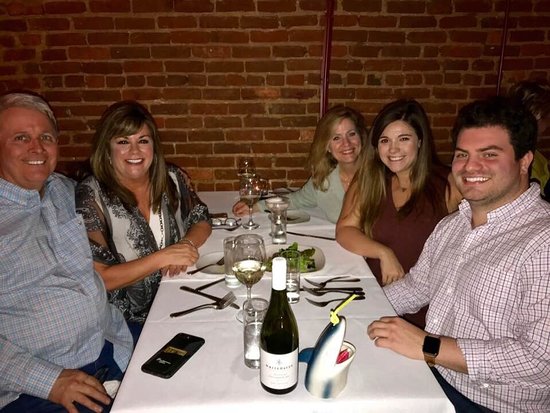 Reviewed By Doug B - Huntsville, Alabama

Our family dined at Old Town Stockhouse for the second time last night, this time with our son who was skeptical about our high praise for a fine dining restaurant in Guntersville. He is skeptical no more! As we walked in, Tony greeted us warmly and Mike, the sous chef welcomed us from the kitchen. It's that kind of home friendly atmosphere you don't find often with fine dining. We started with small plates of rice flour jalapeño crab claws and Tteok Galbi Korean beef that were beyond excellent; they disappeared immediately they were so delicious. Entrees of filet, lamb shrimp salad, ribeye and yellowfin grouper were perfect. My son, our steak aficionado, loved his ribeye but couldn't get over the side of creamed spinach; the best he's ever had. Catch of the day was as fresh and as good as the best places on the coast! Dessert of strawberry rhubarb pie and key lime cheesecake topped off exceptional meal. Great creative food coupled with friendly prompt service gave us perfect evening of fine dining in beautiful setting. Drink creations from the Surprise Me, Bartender were fun interesting and delicious! Chef Crystal has established what our family now agrees is the Best Restaurant in Alabama!!! 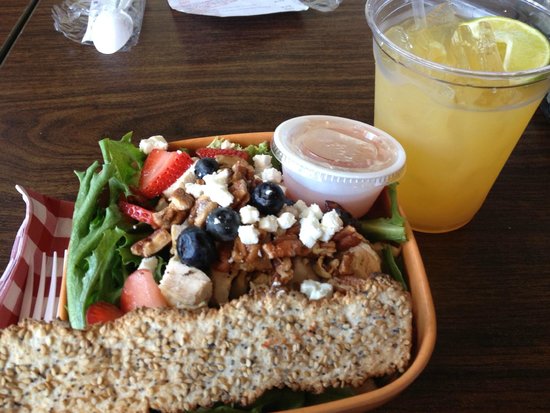 First time! Lunch was great. Cute place, friendly staff. Menu diverse and yummy. Didn't even know they had shops in the back which had cute things.
The name from the street just makes it seem like a bakery. They have a big sign with vendor names but because some have nondescript names, you don't know how cool it is inside. The owners need to make it clear there are cool shops inside. 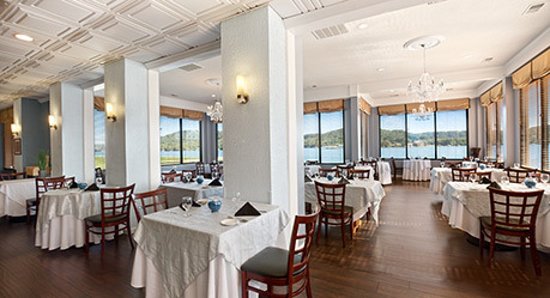 Tried to make reservations but they would never answer the phone. Food was okay and atmosphere was nice in the restaurant. We enjoy Guntersville so that made it a nicer visit. We did get a free drink when we told the waitress about the trouble of trying to make reservations. Not bad, but nothing to really boast about in my opinion We go to the Char Burger at least weekly, usually on Saturdays. Our go-to meal is the grilled chicken wrap with M&M sauce, but we have other favorites, too, such as the mushroom Swiss burger, club sandwich, and Turkey on rye. The hot bar is great if you can stop by for lunch on a week day. This restaurant is located in the Lodge of Lake Guntersville State Park and seats over 341 people.

The lodge is a world class location with beautiful views. The staff are all friendly.

Having said that, the rooms are dirty, the carpet and bed coverings filthy, the linens worn out, and the bathroom in need of repair.

We've stayed there while visiting family for a few consecutive years and each visit it gets worse. This place is in dire need of capital infusion. Maybe the State should sell it to a private operator. 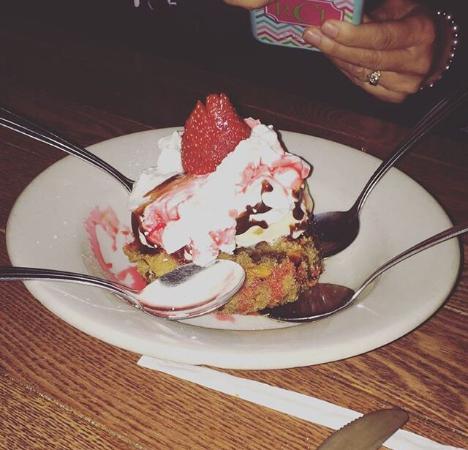 Below average bar food. The menu looks as if it serves good restraunt food, but the quality if not there.
My wife ordered the fish and rice. It was mostly butter, the whole dish.
I ordered a burger medium. Came out super super done. With a nice helping of butter.
Bar setting with bar food.