Top Things to do in Groningen

Top 10 restaurants in Groningen, The Netherlands

Groningen (Dutch pronunciation: [ˈɣroːnɪŋə(n)] ( listen); Gronings: Grunnen) is the main municipality as well as the capital city of the eponymous province in the Netherlands. With a population of 202,567 as of 2017, it is the largest city in the north of the Netherlands. An old city, Groningen was the regional power of the northern Netherlands, a semi-independent city-state and member of the German Hanseatic League. Groningen is a university city: it houses the University of Groningen (with about 30,000 students) and the Hanze University of Applied Sciences (with about 25,000 students).
Things to do in Groningen 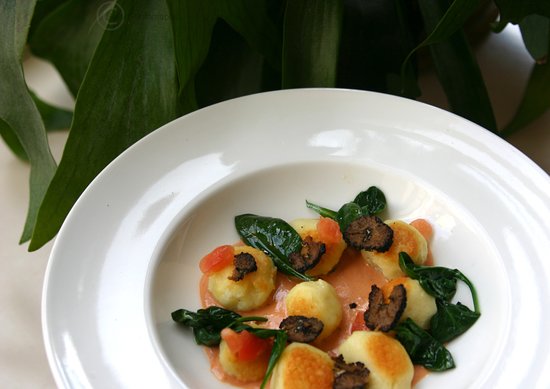 If your looking for seafood in Groningen, this is the restaurant to go to. Lovely cosy bistro style restaurant serving top quality seafood. Friendly and helpful staff and it was nice to see the chef come out and speak to the guests.

I loved the quirky atmosphere in this vintage style old distillery restaurang, and the food was delicious. There is lots of choice and the location is superb; right in the citycentre! 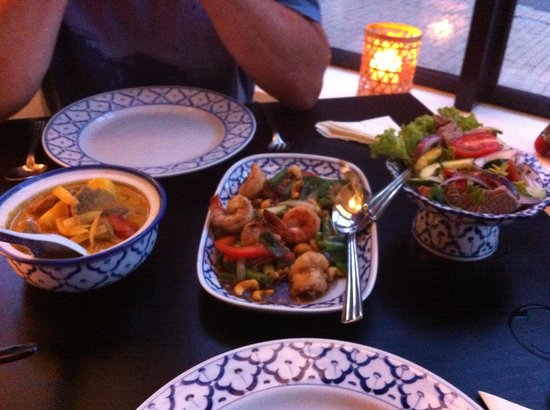 There are some good things about this restaurant. It has a nice ambiance, the ingredients are of very high quality & it's reasonably priced but we felt let down. Firstly the service was excreably slow. I think they mixed the orders up as by chance we ordered exactly the same set menu as a table nearby who ordered after us & then received their food first - they ordered 5 minutes after us & left the restaurant 45 minutes before us. this is unprofessional. We were also disappointed by the food which to my taste had been made far less authentic with lots of sugar, salt & [apparently] MSG. It was well cooked, but that did not make up for the degradation of the recipes. 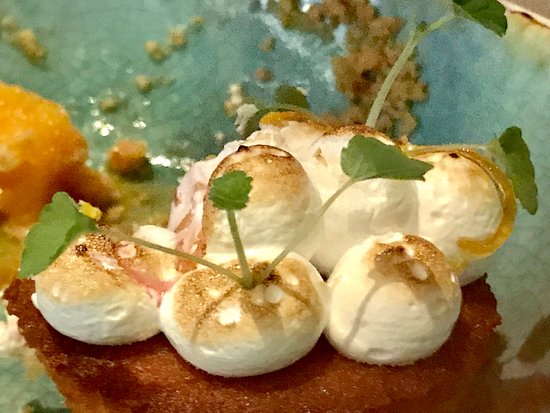 We were there for a Christmas diner, the atmosphere was perfect, the waiters really nice. The food...nothing to say it was original, excellent. Something went wrong in the reservation so didnt get the information that i was not eating meat. They have done everything and I got my special meal quite quick.
I recommend without any hesitation! 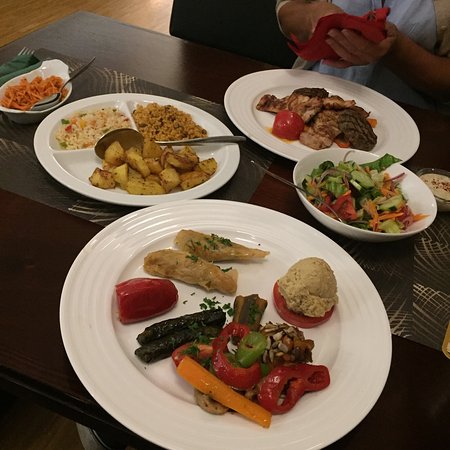 Restaurant Tekinev is a Turkish specialty restaurant for lunch and dinner, in center of city Groningen.Welcome for True Eating experience From Fine Turkish Cuisine.

It says open and it is closed. We came from a long distance because it says open and we hit the face on the door. Therefore my opinion is not staff nor food, only on service. 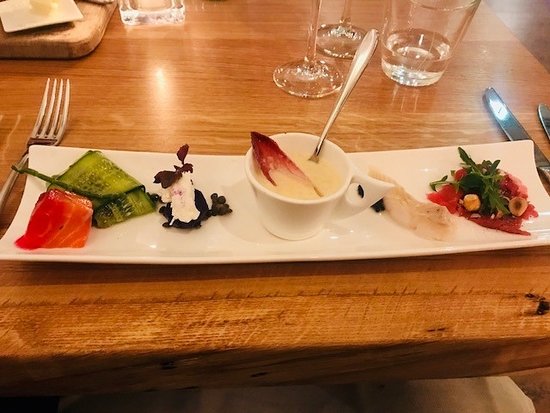 Restaurant Houdt van Eten located in the city centre of GroningenThe interieur has a modern design, with a lot of use of recycled wood. The restaurant has an open vieuw at the kitchen. We have seats for around 60 people. The nice chairs are disigned for a long and cosy stay. Everything that the kitchen makes is created with the use of old craftmenship. All product and ingredient are fresh.Together with excellent wines and knowledge you can be sure of a gastronomic evening

I have just dined at this restaurant. The food was top quality, imaginative and well presented. Portion size was sufficient and it was not over priced. I had the tasting appetiser of five different starters including carpaccio with pesto and pine nuts, shredded pheasant on brioche and celeriac soup. Main course was a saffron risotto with mixed white fish and shellfish. Wine selection was good. 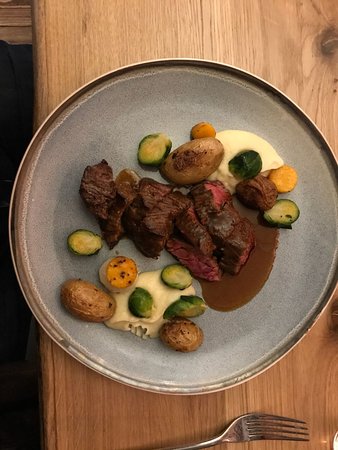 Please feel free to stop by for a cup of coffee or a first drink! After that, De Betere Tijden offers a small menu, but with very different dishes. Everybody is able to find something that suits them here. Check out our menu! In the evening you may want to stop by for our lovely selection of wines, a very brought assortment of beers and all kinds of delicious snacks. It is also possible to visit us with groups!

11 of us descended upon Groningen for a MotoGP weekend. We wanted something traditionally Dutch. This place delivered and some!!!
Melvin and the other staff gave great service and the food was fantastic. Every one of our party said they'd thoroughly enjoyed it. It's not often you can say that! When I go back to Groningen I will definitely return to this restaurant. 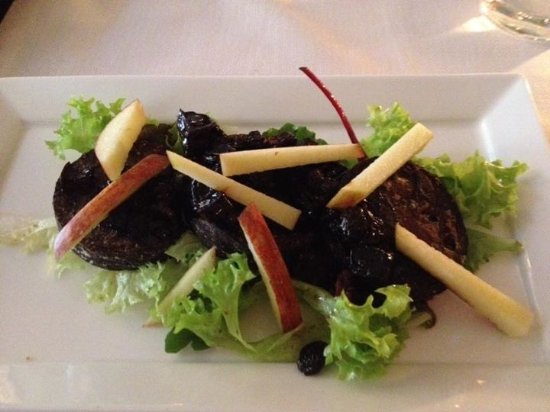 I have been here couple times, great service,friendly staff, nice ambience and great decor! However, the dishes could be improved as they were not impressive enough in my opinion. They tasted good, but just something was missing. Maybe because of the fancy ambience, my expectation for the food was too high?
Anyway, it is a good restaurant in general.

Restaurant Alacarte is situated in the northern wing of the De Prinsenhof. Once the sleeping quarters of this royal abode, these rooms now accommodate a contemporary restaurant offering an exciting combination of historical elements in a modern setting. With a view of the monumental Prinsentuin Gardens, dinner is being served at one of the most beautiful locations of Groningen. The kitchen team, supervised by chef Gabriel van der Wal and his sous-chef Christian de Vries, create dishes that are clasically based adding modern touches from all parts of the world. Their cuisine respects nature and its seasons. Restaurant service is being supervised by maître-sommelier Mark Lubbersen. Together with his assistents he will cater to your every need. Alacarte&apos;s extensive winelist offers an exciting and innovatory selection, combined with old world wine classics. For food & wine pairings, Mark is constantly looking out for wines from all over the world to complement the various dishes in the best possible way. Our culinary team gladly welcomes you in Restaurant Alacarte from Wednesday through Saturday, from 6 PM.

Reviewed By sosofar - Amsterdam, The Netherlands

The a la carte restaurant of the Prinsenhof hotel offered a set 3 course menu at a fixed price of € 37,50. However, with wine, water and coffee we ended up with overall costs of € 62 per head. The dishes were attractively presented and explained by the serving staff. We received a lot of personal attention from the staff. We were not all that much impressed with the starter (mackerel). An alternative was found for my allergy for grape fruit. 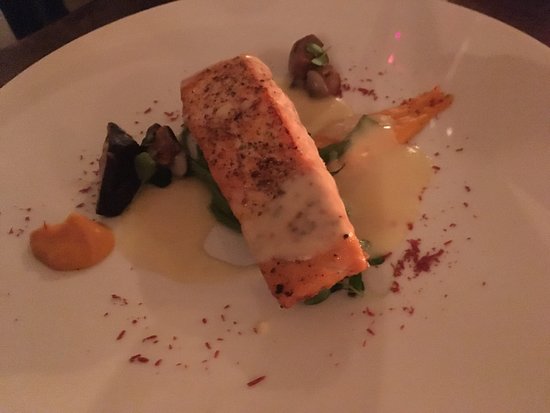 Reviewed By Miggro - Groningen, The Netherlands

We enjoyed our diner at the Kleine Heerlijkheid; we choose the surprise menu. Starter was surprising and good; main course was bit disappointing (heavy and dry), but this was well compensaties boy na excellent cheese platter (at request). Service was good and personal.