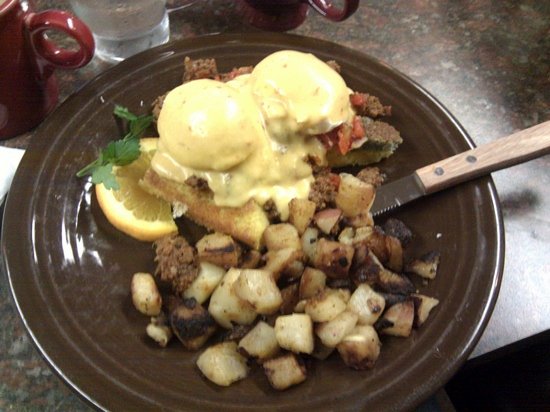 Best breakfast/brunch option around. Bring a book and be prepared to wait. The wait is worth it. Broad range to satisfy both the sweet and savory palates. Bacon is thick. Homemade sausages, when available, are a must. Desserts... definitely try the chocolate therapy cake or key lime pie. Oh! And the cookies! Everything is FRESH. Meals are consistent. Service is warm and friendly. A bit noisy for intimate conversation. 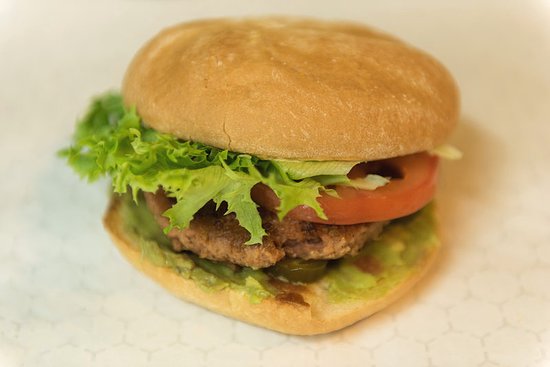 We are a family owned and family ran Small Town Sandwich Shop. Sandwiches, Soups, Salads, Wings and Perch along with deli style sides. Served up fresh and fast with friendly staff in a fun comfortable environment. We have an expansive menu with great value. Daily $7 sandwich creations. Catering available. We hope to serve you soon.

This is a good place to meet friends. You can eat inside or there or lots of picnic tables outside. I thought the French Dip was awesome, served with a pickle. There were plenty of other interesting choices of sandwiches also. Across from Holiday Inn. 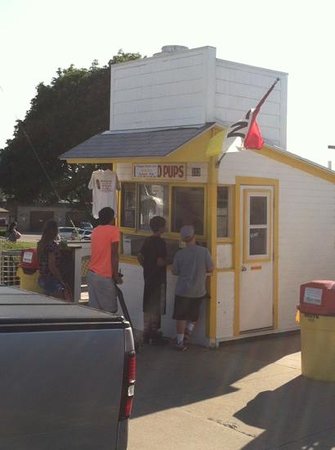 You may wait in line..but it is worth it. One item --corn dog...not a junky dog buried in corn breading...good flavored dog and a light breading. As said in previous reviews, not fancy by any imagination..it is a corn dog stand. but it is a good one! 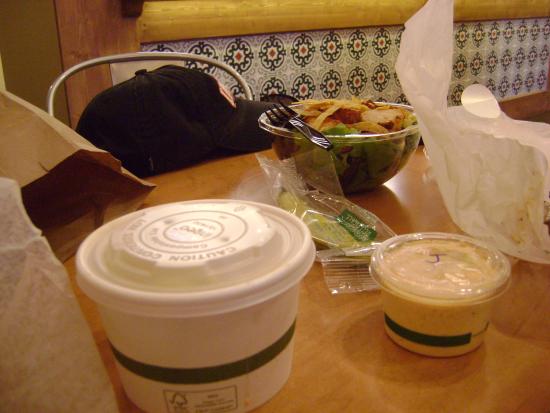 A one of a kind sandwich, salad and soup shop in downtown Grand Haven

My sister and I stopped for a sandwich before heading home. As you enter, and are very aware that this is a small place. It was 3pm and they had a steady stream of customers. We ordered our food and found a booth, and it was ready pretty quickly. The breads and meats are very fresh tasting, lacked the processed flavor that most cold cuts have. Prices are little higher than usual, but was worth the extra freshness, but keep in mind this is downtown in the "tourist area". The place appeared clean, and they were cleaning tables while we were there. The bathrooms were clean, and stocked with towels and soap. My sister commented it was one of the best sandwiches she's had in Grand Haven. Recommend a stop here at least once, if not more! 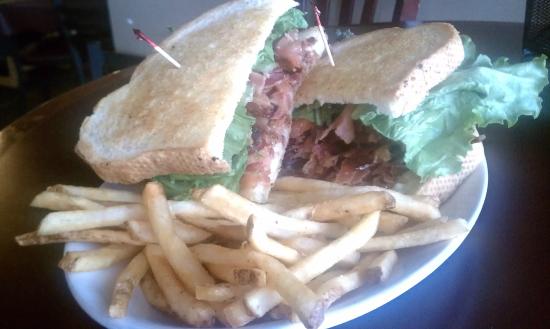 J-Dub&apos;s is a cozy, casual eatery, with a full bar, wine list and craft beer.

After reading the TripAdvisor reviews, my husband and I chose to try J.W.'s. We were promptly greeted and seated soon after arriving. There were quite a few customers, but the restaurant wasn't full for a Thursday night. The waitstaff was pleasant. We both ordered the perch basket. The meal was very good and the food was reasonably priced. We would like to return to try other food options. In order to understand this review you need to put it in context. This restaurant is in Spring Lake, Michigan. Enough said. Notwithstanding, the food was surprisingly good and fresh. the staff were very charming and helpful in navigating the options. the view is truly very picturesque, even on our overcast day the waves rolling in across the lake provided a lovely backdrop. the price is very reasonable for the portion and quality of the food. Bottom line however is i can't imagine that there are many more options for a quality dining experience in the immediate Spring Lake vicinity. 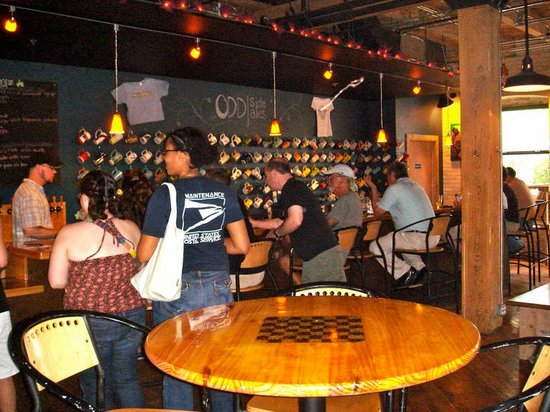 Good beer good atmosphere you can take in pizza etc cracking choice of ales although I would avoid the sour beer
Locals come in covered in sweat after a run then get their personal mug from wall and drink beer, my kind of routine maybe missing the run . Local pirates also drink here 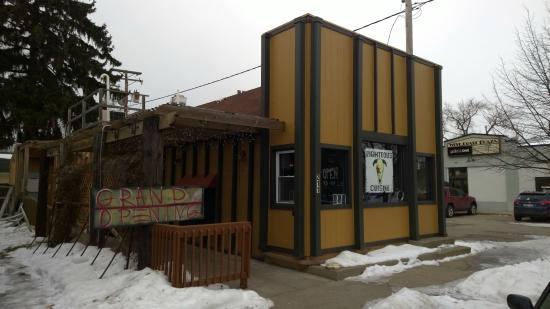 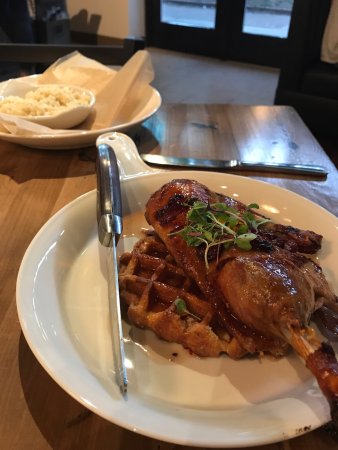 Yes, parking is not fun, and has limited seating.. But the food is always very good! Lots of different meal choices, entrees, sandwiches, pizza, unique sides and appetizers, so much more. The staff is always friendly, knowledgeable of the menu and daily features. The food does take a little longer to get to your table, but I think that is because of the quality of your meal. I can wait a little for truly freshly prepared great dinner or lunch. 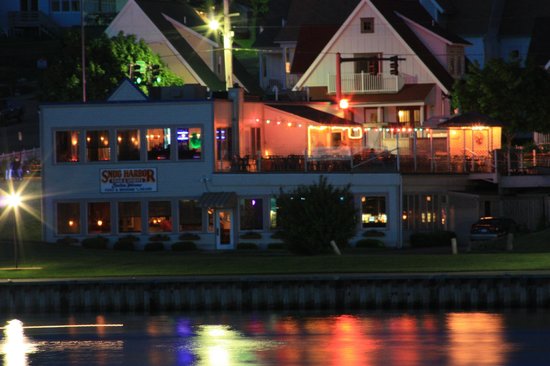 Looking for a place for dinner and the wife wanted it on the water and with a view. This pace had both! The place was not very busy but we figured that was because it was out of season(October) and during the week. Service was quick and friendly and the drinks cold and the food very good. The price was not a wallet breaker either.