Gödöllő (Hungarian: [ˈɡødølløː]; German: Getterle; Slovak: Jedľovo) is a town in Pest county, Budapest metropolitan area, Hungary, about 30 km (20 mi) northeast from the outskirts of Budapest. Its population is 34,396 according to the 2010 census and is growing rapidly. It can be easily reached from Budapest with the suburban railway (HÉV).
Things to do in Godollo 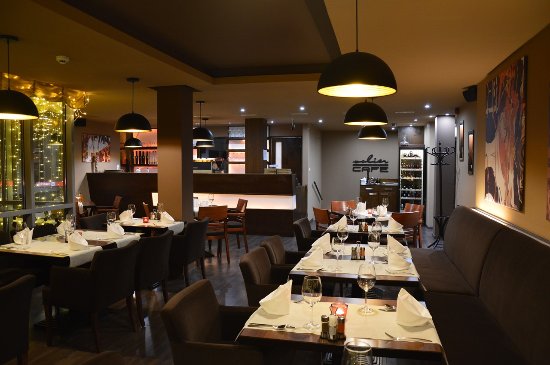 Solier Cafe – the specialist of taste experienceRestaurant & ConfectionerySolier Cafe Cake Shop and Restaurant is located on two level of the same building int he city centre of Gödöllő. The cake shop offers local, handmade candies, cakes, ice cream creations and coffe specialities. The resteurant has a daily special, an a’la carte menu of a weekly menu presented by our eexellent chef and confectioners. We have a number of popular regular events such as wine dinners, cooking and confectionery courses.

This review is for the "etterem" upstairs which is supposed to be upscale restaurant: The offer fix price menus with or without corresponding wines. We opted for the 9990 HUF 5 course menu incl wine, coffee and praline. However the lamb chops needed to replaced...MoreThank you for your feedback! We regret that it was not fully satisfied! We hope you will have a chance to improve your review! We look forward to next time! Sincerely, Csaba Szoljár Restaurant manager 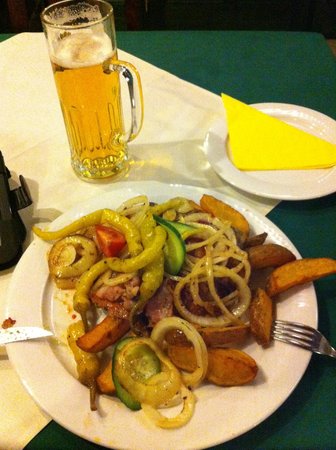 We sat outside in the shade and with some breeze, which made the hot summer mid-day somewhat bearable. The service was very friendly, we decided for an "abundance plate" for two. Beware-the name says it all :), there was really an abundance of food. Everything was delicious, but French fries. I think they were cut into too thin slices and then hardened too much. The final bill was reasonable. Would gladly come again. This was my 3rd or 4th time here and nothing changed... Good food, traditional hungarian, casual taste, nothing extra but good. But the service... the waiters... they are unable to say hello or welcome, they are working always without smile, they cannot help in anything....this was the last that we try this restaurant... 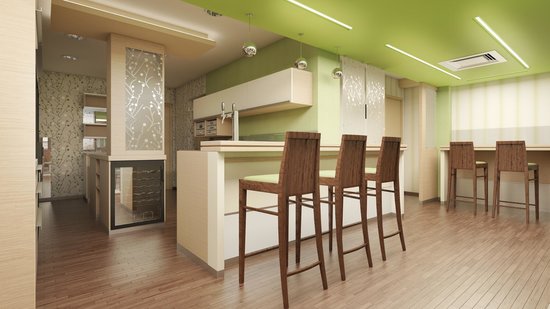 We warmly welcome you to the Mensa Bistro team! Big dream come true that the Szent Istvan University, Godollo campus, the College "A" building able to open our restaurant. This dream was about, that is, to making our guest room for it to be created, which provides a civilized noon, affordable and high-quality dining, living on campus and the nearby town of Godollo evening gatherings where possible. However, in our dreams we planned more than that, so we chose the name Mensa our restaurants. The word "mensa" in Latin means table, so named after the medieval university students are the places where the evening came together to talk of life, and about the world of science, and of course, not incidentally, a good food and drink. The Mensa has always been the center of cultural life, because back then people knew that the soul can not live without the pleasures of the body. The students were mensakon torzsasztalai where poems, sang and carouse. Carmina Burana, you probably all know, this presents an atmosphere of Mensa. It then evolved university canteens, the "canteens", but unfortunately now only have a fraction of the original features.

Good place, nice people and fantastic food of low price, it is excellent when you are a student guy. I have been there five thousand, million times. 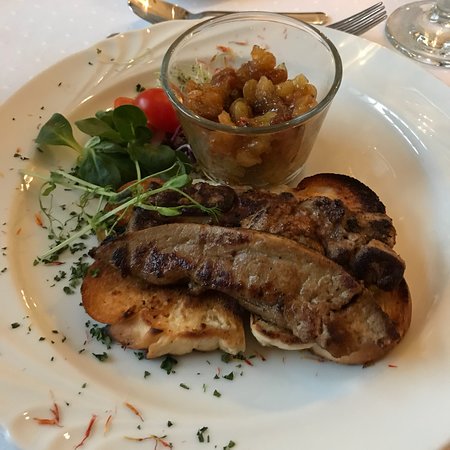 Erzsebet Kiralyno (or Queen Eliszbeth) restaurant is the main restaurant of the hotel of the same name. It is located on the main street of Godollo, leading to the Royal Palace. Elegantly furnished, with white tablecloths and very good service, it offers mostly International but also Hungarian specialties. The food is well-prepared and presented. The wine list focuses on Hungarian wines and a full bar is also available. Weather permitting, there are outdoor tables in an inner garden. 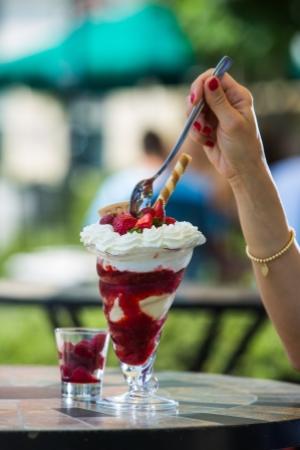 Wide selection of ice creams, now sundaes, ice cream cakes and paleo cakes as well. Not cheap, but the staff always give you a big scoop - instead of scraping the edges off they try to scoop up more in their ice cream spoons. And...MoreDear Syrinx, We really appreciate your comment about us. We are glad to announce that we have now sugar free ice creams as well. We are looking forward to welcoming you and your family again! 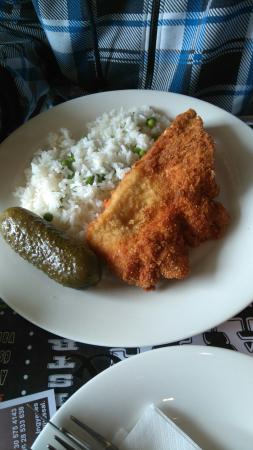 I was in Godollo with my family, we were done with the tour of the castle a bit late in the afternoon, Google Maps pointed me to Coral Cafe as the nearest open restaurant, and it was a happy find!
Big and tasty sandwiches and a cold local beer, I couldn't ask for more :)
Don't miss it if you are in Godollo! 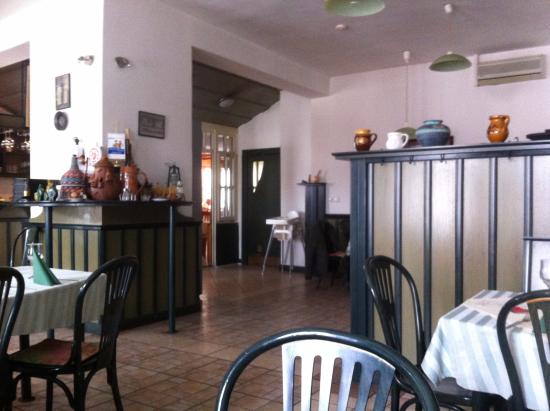 In the eight years we have lived in Godollo, we have eaten at the Szelkakas ("Wind cock" literally, though the better translation would be Weather vane) Restaurant just the once, which should tell you all you need to know about how we found the food on that one occasion. We decided to give it a second chance, however, and popped in one weekday lunchtime. The immediate impression was a chilly one, indeed, we spent much of the meal with our coats on. The waiter explained that the building, which is quite old, is rented, and the landlord won't let the restaurant managers do any renovations of the traditional, double-pained windows. The result is that even though the heating is on, the hot air basically escapes out of the slowly rotting window frames. That's not the restaurant's fault, of course, but they could at least put draft excluders between the glass pains, the landlord surely could not object to that. Cold air aside, the decor is curious, with very unusually-shaped tables and what appears to be an attempt at a "csarda" or country inn feel. To be honest I'm not sure they have pulled it off successfully, and the dominant impression is the colour theme that runs through it all: green! But what of the food? We had bean soup and lamb tarragon soup as starters, and both were disappointingly bland. As my wife said, all of the ingredients are there, but none of the taste. For mains we had goose leg and roast meat "cooked in a little bit different style", which turned out to mean cooked in a earthenware bowl on a bed of nokedli or galuska (a type of soft egg noodle or dumpling), covered in a mushroom sauce and topped with cheese. Both dishes were better than the starters, but still very far from great. When we go to a restaurant, we are looking for an occasion, something memorable in which food and setting come together to give you something you don't get at home. The Szelkakas failed that test. The table service was good, but nothing else. As my wife said, it was OK for lunch, but not for dinner. We won't be going back anytime soon, and certainly not in winter! Our meal plus four bottles of ginger beer came to HUF 7,800. 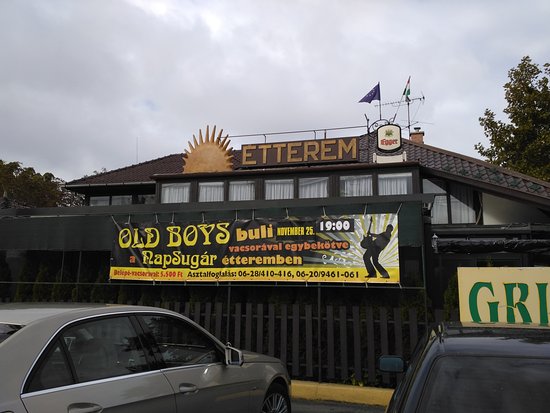 This restaurant has been around for as long as the dinosaurs. They serve mainly traditional Hungarian food a la carte together with a fixed price buffet and salad bar. At the weekends and evenings they have live music. The place is popular in the summer as a venue for weddings, so if you visit at the weekends from June - August, better to check first and reserve a table. The service is first class and a good indication of a well run restaurant is the longevity of the staff, the same people have served me for as far back as I can remember. This is the place for comfort food, in fairly decent portions and I can well recommend it. 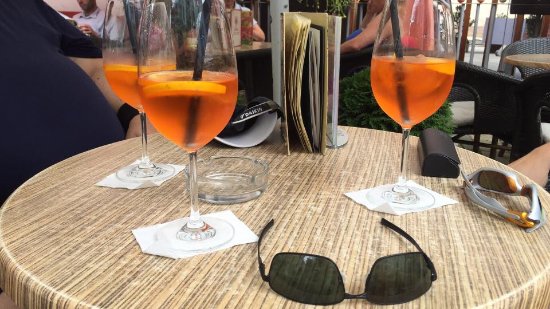 Three of us had beers, house made lemonade, Tűztorony aperol spritz and milkshake pina colada. The friendly lady was helpful to make the shake adapted to my wishes. We were sitting on the at the same time sunny and shady Terrace in the centre of town after a visit to the royal castle. When the game Germany - Northern Ireland started we went into the nice airconditioned café to watch it on the big screen. The music was turned down and the soccer comment was put on just for us. The friendly and helpful service as well as the tidy and cosy place are good reasons to return here!