Top Things to do in Donousa

Donousa (Greek: Δονούσα, also Δενούσα - Denousa) is an island and a former community in the Cyclades, Greece. Since the 2011 local government reform it is part of the municipality Naxos and Lesser Cyclades, of which it is a municipal unit. Donousa is the easternmost island of the Lesser Cyclades.
Things to do in Donousa 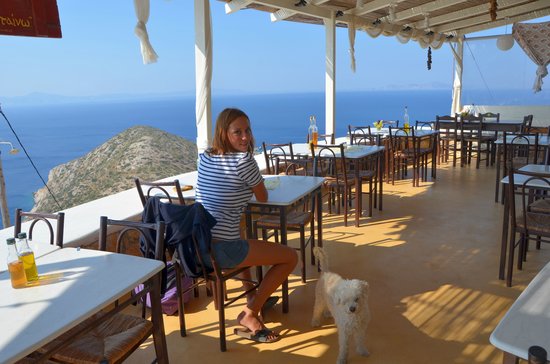 Stunning location looking over the sea. Very small restaurant with family feel, yet also stylish, in fact classy. Owner is lovely, in every respect, and everything we had was freshly prepared, even the home-made cheese pie, which is pre-prepared elsewhere. Excellent sea-bream even on low season May 24th, nowhere else on Donoussa could offer us real fish (fried octopus does not count as fish). Good wines too. Very fair prices.
Thoroughly recommended for lunch or dinner, especially May 25th onwards, when the big service starts, otherwise a beautiful 1.5 hour walk up from the port/Stavros.
Should consider offering a mini-bus up at say 20.00, back at 22.00 at a nominal charge. Typical food corner for traveller and local people with a satisfactory choice of fresh fish and meat dishes. Perfect location for night movida and good prices. Service without frills!! 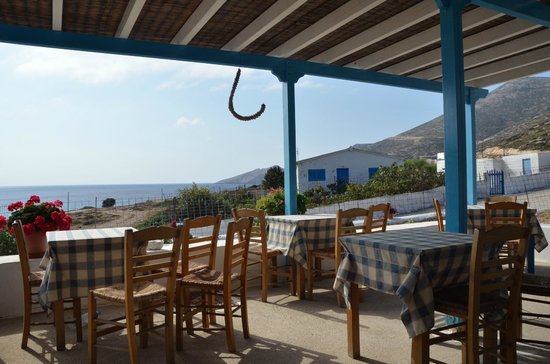 The most peaceful spot of the island.
Very few dishes, typical greek, all of them well prepared and tasteful. Burger and pork tenderloin are highly recommended. Fava beans salad and vlita as well. Try also the graviera cheese along with some raki and you won't get disappointed. 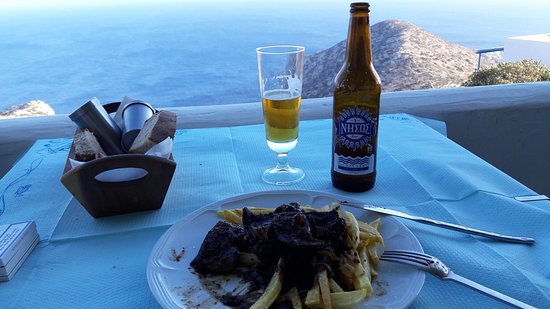 As you can see from the earlier reviews, judgement on this place is very subjective.
We came here for lunch after we walked up from the beach, and were sufficiently impressed to come again in an evening. Some dishes use a lot of local ingredients, and in our opinion you should choose these over the others. One of the best dishes was the salad made with leaves from by the sea.Coming up from the port in the bus everyone arrives at the same time and they coped reasonably well, but don't expect speedy service. And there's the anxious time when you worry if you'll get the bus back that you planned for.
But it's a must to try if you're on the island. Service with a smile. Good selection of traditional Greek food as well as some pasta options. House red is good for the price (didn't try the white). Fabulous spot from which to watch the sun go down over the harbour. Friendly people, tasty food, great atmosphere and good value. What more do you want? We will go back again tomorrow! 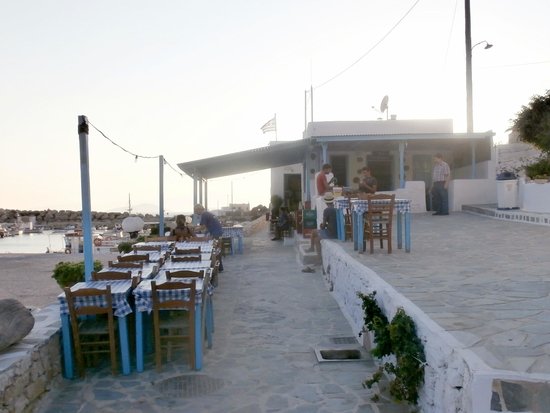 So, we decided to give Kyma a try as we considered/hoped it to be a genuine "mageirion" (greek kind of taverna that serves home-style food everything is freshly cooked) based on the reviews here and its appearance. Also, we were aiming for an inexpensive meal. Our thoughts about this place? What a joke! The food is completely tasteless! No taste, no flavour, no seasoning, nothing! Why?Why?Why? Well, everything seemed defrosted, so, I guess that's why. On top of that it was the MOST EXPENSIVE MEAL we had on the island! Don't be fooled by the word "kafeneio" or "traditional" it is an absolute tourist trap. No wonder why none of the locals ate there. Avoid at all costs -- there are other places (well, all other restaurants on islad) that serve delicious home made food at better prices. 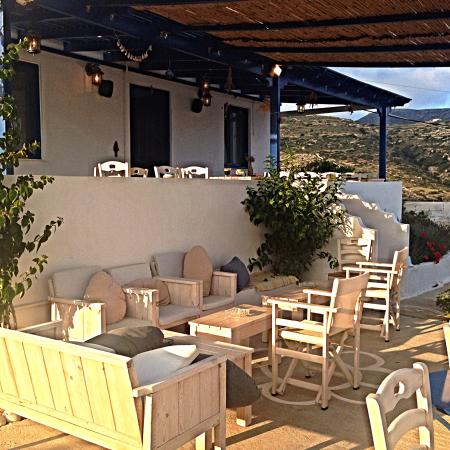 Share the tranquility and views of the Aegean Sea and taste our dishes, through which emerges the freshness of Greek and Mediterranean cuisine, with materials carefully selected to be able to initiate you to our delicious world and ascribe to each dish, authentic, homemade taste! We wait with love and smile!

Chrysa, a cretan lady, serves her specialties from Crete and not only in a very atmospheric place. Beautiful fresh salads, recipies from Crete both in the oven and in the caserol, fresh wine and raki. A must try when in Donousa. 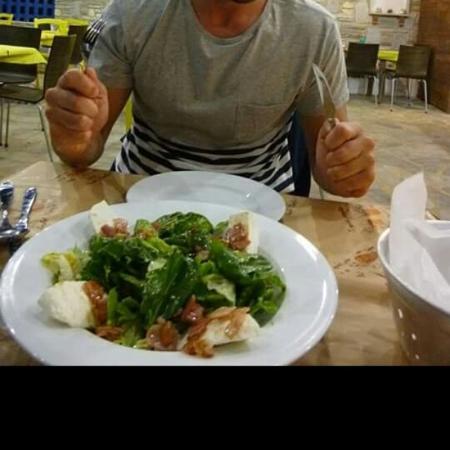 Amateur cooking and serving and not a very successful try at all. It has a nice view of the port and the prices are cheap but there are definetely better places to eat even for a casual meal... Opened in 1978 Meltemi is a traditional and contemporary Greek cuisine Tavern Restaurant carried down the years on family ties. A settlement on one of the oldest structures well over 100 years old, Meltemi was the first tavern established on the island of Donoussa 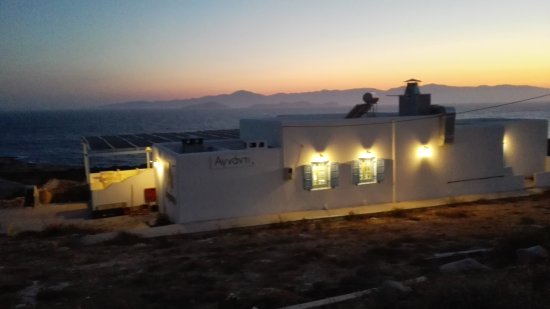 We heard about this new restaurant which is located on a little hill with a splendid view over the sea.
We are vegetarians and when we looked at the meny there were only meat dishes as main course but the staff explained they could prepare a lot of both vegan and vegetarian options. Everything we got served was great; real fresh fine taste. You can call it greek cuisine with a mediteranian twist. Very friendly welcoming staff and really very good value!! One off the best meals we had on Donoussa and we hope to come back.