Top Things to do in Davidson

Davidson is a town on Lake Norman in northern Mecklenburg County in the U.S. state of North Carolina. The population was 10,944 at the 2010 census, and in 2016 the estimated population was 12,452. The town was founded in 1837 with the establishment of the Presbyterian Davidson College, named for Brigadier General William Lee Davidson, a local Revolutionary War hero. The land for Davidson College came from Davidson's estate, a large portion of which was donated by his son.
Things to do in Davidson 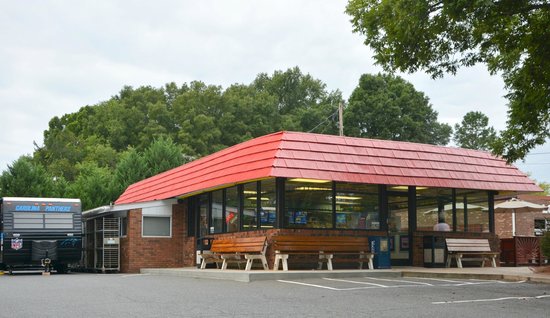 We chose this place because they were open until 10 pm on a weeknight. Yes, they were busy when we arrived! We are visiting from Kentucky and needed a sweet tooth fix. They offer soft serve, hand dipped ice cream, sundaes, milkshakes and mixers! They also have balloons for parties! There are play areas outside for the kiddies, and outdoor seating also! We really enjoyed the treat and would recommend to others! It was clean and with friendly efficient service! Dressler&apos;s is an upscale contemporary restaurant with patio dining, featuring a menu of steak, imaginative seafood, and creative appetizers paired with an extensive wine list and full service bar specializing in martini&apos;s, ports, and single malt scotches. <br>Dressler’s has a close-knit group of managers who have worked together for many years. Chef Scott Hollingsworth,Managers-John Glenn and Johnathan Williford, and Bar Manager Kevin McNamara have worked with owner Jon Dressler for 17 years combined. The camaraderie and warmth are obvious from the moment you walk through the doors. An accommodating staff will ensure that your experience is memorable. <br>The 130-seat, 5190-square-foot, Dressler’s Restaurant is a people place located in that new urbanism, people-driven shopping outpost of Birkdale Village. The interior is subdued and relaxed; yet polished. Walls are accented with warm stone, earth tones, and water features. Kim Dressler, wife and co-owner, did the interior desi

This is one of my favorite restaurants. We use to come more often when we lived there there. The food is always top notch and the service cannot be best. Will always dine here when we are in the area. 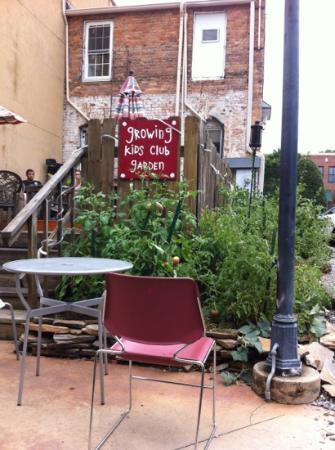 I met up with a colleague here recently. The coffee is so good and a lot of variety with the bagels. The prices were spot on. The outside space was great for discussing business. I can't wait to come back!

There are many tempting choices on the Toast menu, but I setttled on the three-egg vegetarian omelette, which was delicious and filling. I appreciated the cornbread appetizer, and the coffee was excellent. The service was quite good, and the atmosphere was pleasant.Everyone at our table got something different, and everyone was quite satisfied.

We ate dinner there last week and my husbands "Hawaiian"chicken could have come from anywhere...no taste and very salty and disappointing. If you get mushrooms as a side you get a HUGE bowl...not quite what he expected but okay. My chicken caesar salad was fair...lettuce not chilled and very large pieces, chicken was dry. Nothing special for the price. Friends had burgers and they were fine and so was salmon....small space, many servers which was overwhelming at times. Have eaten at one in Mooresville and liked much better. 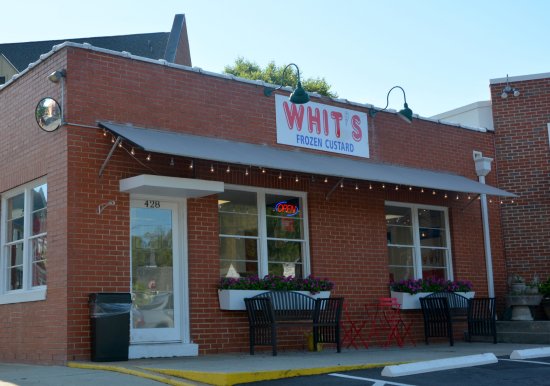 We serve frozen custard that is made fresh daily. The possibilities are endless since we make most of our items to order. Otherwise, enjoy a scoop of vanilla, chocolate or the weekly flavor.

There is a difference between soft serve ice cream and frozen custard. For those that like custard you will not be disappointed. The custard is very good and the service is quick and efficient. The location is small and in a plaza so parking can be difficult as well as sitting inside.

You are not going to find may small town ice cream shops like you see in the north around here. This is as close as your going to get. The little shop has character right along Davidson's historic district. Nice area outside to sit and take in the atmosphere. 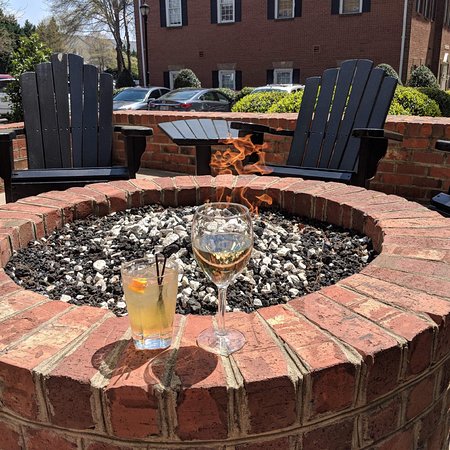 I had a business lunch and we each had a different lunch item. I had the Grouper sandwich, expensive at $22, but delicious. The fries were super skinny and not very impressive or tasty. My friends had the ahi tuna salad- she ate every bite and the burger, which he said was good. The prices are a little steep for what you get at lunch. The service was really great. Worth a trip. Four of us enjoyed a great meal with wine and liquor from a full bar. The bartender will even create special drinks for the table. Do not miss the cheese tray! We tried a variety of menu items and all were over the top - great.

It's where I take anyone who wants to eat locally. The drinks are good and the service is wonderful. There are times when mistakes are made but it's always addressed by the manager. I understand this place can get really busy. I used to recommend the mac n cheese and collards but they don't have them anymore and the mac and cheese are still good but it has changed. The one thing I like about it is that it's like eating family dinner. It's the closest thing to soul food. I love getting the server who has red hair. I feel bad that I forget her name but she is always super friendly and goes the extra mile. PLEASE GO BACK TO THE OLD MENU