Connellsville is a city in Fayette County, Pennsylvania, United States, 50 miles (80 km) southeast of Pittsburgh on the Youghiogheny River, a tributary of the Monongahela River. It is part of the Pittsburgh Metro Area. The population was 7,637 at the 2010 census, down from 9,146 at the 2000 census.
Things to do in Connellsville

The DQ breakfast was really good, better than fast food and the diners in the area, plus it was reasonable. Great tasting coffee and really good pumpkin pancakes when we were there. 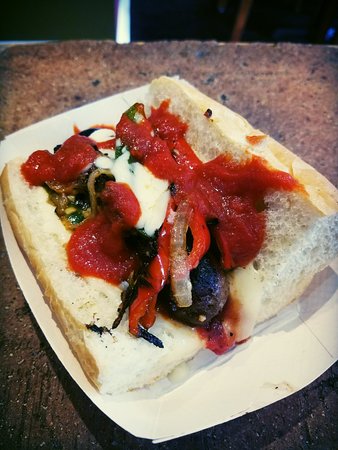 This restaurant was a 2 minute bike ride from The Cobblestone hotel.. What a find! It has a small interior dining area, a covered deck in the back and picnic tables beyond. We had the deck to ourselves on a lovely warm evening. We were greeted and seated immediately by a friendly server who gave us a little history of the restaurant. The menu is family style so we chose an order of spaghetti and meatballs for the 2 of us. When the owner found out that we were biking the trail and wouldn't be able to keep leftovers, he came out and offered us the same food, but served as the special was being served—individual portions along with a salad. We were impressed that he took the time to come talk to us about it. The meatballs were excellent. And I loved the olive oil served with the bread. We practically inhaled the tiramisu which the server said came straight from Italy. We had a delicious dinner and the staff and owner were friendly and welcoming. It's a great atmosphere. We'll come back next year when we do the trail again! 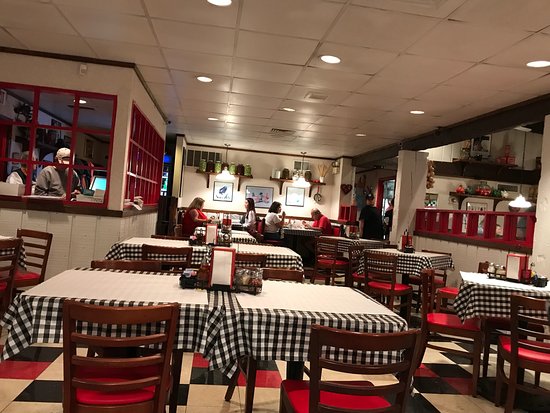 My daughter and I stopped here for dinner and were surprised by how large the restaurant is. Plenty of booths and tables and bright and cheery. Extensive menu. We shared some bruschetta which was good but could have used more flavor from balsamic vinagrette and the bread could have been more toasted. It also needed more basil. We each got a garden salad and these were disappointing. Not fresh and dark spots on the lettuce - couldn't tell if it was dirt or what, but we didn't finish them. Then we shared a penne pasta with vegetables. This was HUGE and we were so glad that we had shared it. Very good flavor. Service was very friendly. 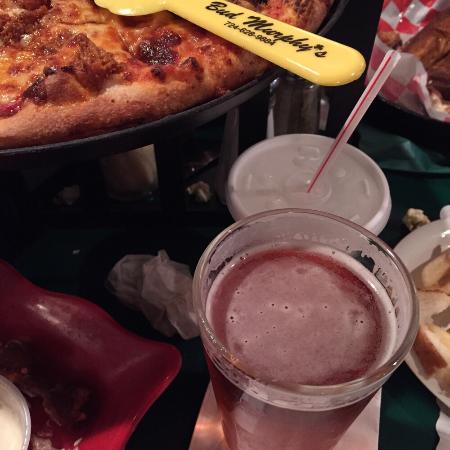 I love Bud Murphy's. If you grew up in the 80s and 90s this place will remind you of the pizza places and family restaurants you grew up with--but the food might actually be better. The only shortcoming is that the servers vary substantially in quality. Some are fantastic others are forgetful. One thing that they do that I've never seen anywhere else is serve popcorn to each table (think of how many Mexican restaurants serve chips and salsa). Bud Murphy's also has some really fun specialty pizzas. I've never had a bad pizza, but unless you want to eat a lot of mashed potatoes you may want to skip the pierogie pizza (one of the very few vegetarian offerings). Definitely one of the best offerings in Connellsville!

Reviewed By Tom A - Brighton, Michigan

Left Fallingwater and headed back to Michigan, passing through town where we found this establishment sh meant for lunch. Very. Lean and nicely decorated. Start with excellent warm chips and good salsa, and each of enjoyed lunch specials. Burrito was ample and tasty, served with good rice and beans, and our server did a great job. What a pleasant surprise it was. If you're around this area, make it a point to visit. We stayed at the motel next door and at lunch and breakfast there. The food was excellent and the staff couldn't have been friendlier. 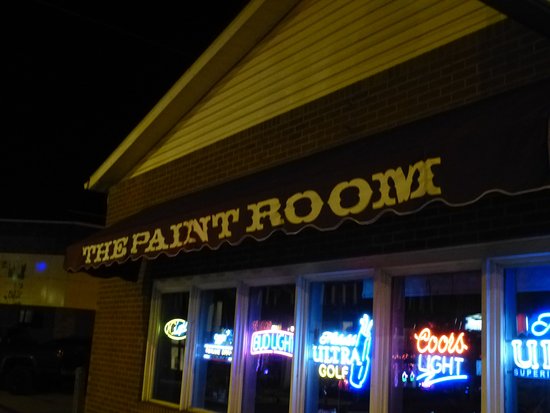 While staying at a local B&B in town, we came across this bar/restaurant while walking through town. On the first night, we enjoyed a few glasses of wine, and talking with the locals. It was an enjoyable way to get to know some people in the town. On the second night, we took advantage of the $1.50 special for soft tacos for supper. The tacos were tasty, and the glasses of wine were generous.

Our server was friendly and kind. We really enjoyed talking with her, and getting to know the local people in the area. 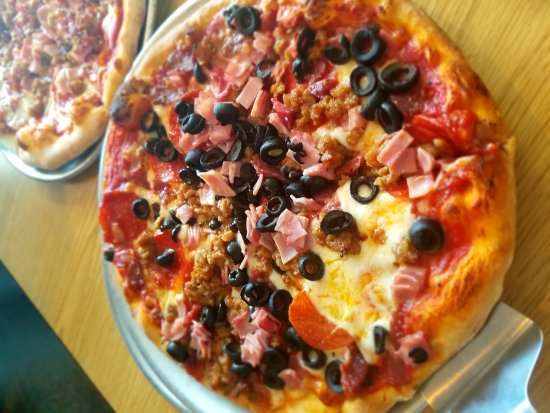 Reviewed By jim b - Andover, Minnesota

In the middle of fairly grueling day on the Great Allegheny Passage, needed something to eat and drink. Right next to the trail was New York Pizza and Pasta. The room was ok, the food was great. Mrs. had a very satisfactory cheese steak. I had an unexpectedly good veggie wrap, grilled vegetables ,cheese, balsamic vinegar in a panini grilled wrap.

Best Chinese around the area although it's not much. Their chow mein is pretty good, price is like any other Chinese restaurant. People are very friendly and it has a nice quiet environment for in dining :)

Daily lunch and dinner specials by day of week that include salad and bread. You can get a small or standard portion. Sale ads are very fresh. Fun battered Vegas like zucchini or cauliflower. Good marinaras auce and meatballs. Angel hair pasta a tad overcooked. Pleasant wait staff