Ciampino is a town and comune in the Metropolitan City of Rome, Lazio, Italy. It was a frazione of Marino until 1974, when it became a comune; it obtained the city status (being therefore officially known as Città di Ciampino) in 2004 by presidential decree.
Things to do in Ciampino 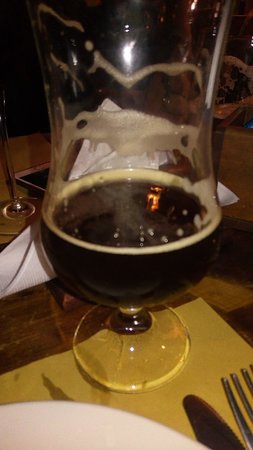 So our first experience here was okay, but when we returned back in June it was much better. Burgers were amazing, super service and now a Brew Dog sign as opposed to Tennents. Lots of locals, €20 for both meals and a soft drink, ales not overpriced either all in a lovely relaxed atmosphere. So glad we returned. 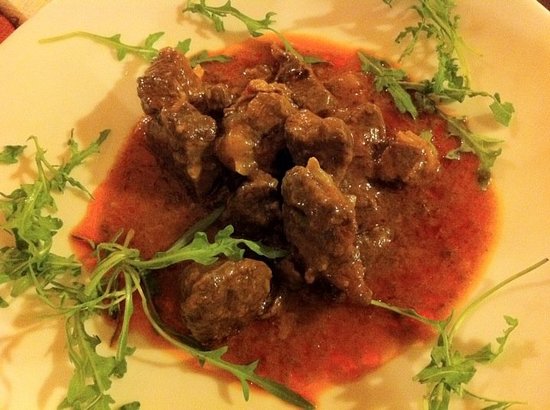 Wonderful, authentic Roman food. Perfect pasta and grilled meats. I highly recommend the Carbonara and the Cacio Pepe.
Just around the back of the airport in a quiet neighbourhood, it doesnt look much (will be refurbished shortly) but the food is absolutely first class.
The crowd is mostly local workers and business people, prices are very affordable. 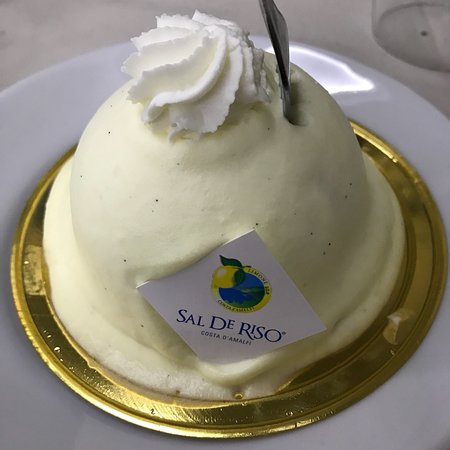 The restaurant is located in an urban environment - not so many tourist find this place but pretty much the whole neighbourhood - which is a good indicator for good food and adequate pricing. The crew was very friendly, english speaking. There is a complete Pizza Menu and a separate menu offering pasta, meat and fish.
No beer from the tap...but the food was great. 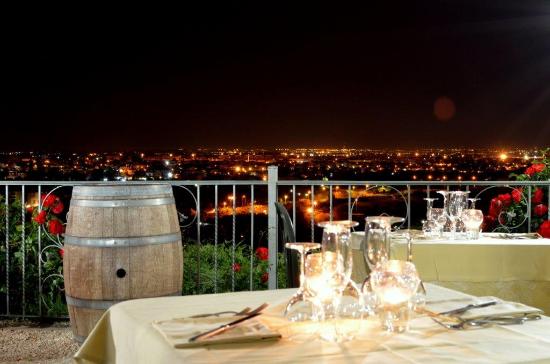 The food is very good with a few twists on traditional recipes. The service is very friendly and the view from the Terrace is beautiful 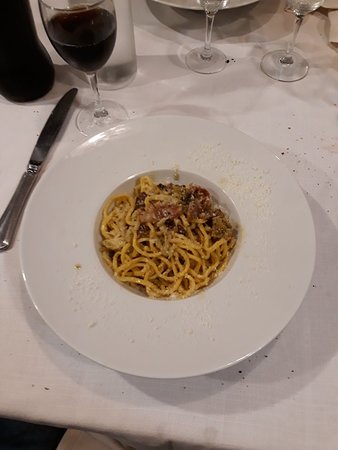 The restaurant "L&apos;altra tappa" is situated in a panoramic hill of Grottaferrata, and Ciampino. Ideal for your moments special offers Menus for all occasions.On Tuesday and on Friday we will be happy to offer you our fish specialties such as the appetizer of raw. Every evening you can also enjoy our wood-fired pizzasthe GardenIn the private garden you can organize Aperitifs, Antipasti buffet dinners outdoors admiring the one hand and on the other the Castelli Romani Rome.

Arrived hungry after 8 pm, at the hotel reception they recommended us to go to eat within walking distance to the Altra Tappa, where, according to the nice girl at the front desk, clients would eat well and on Tuesday they serve fresh fish.
It would have been better to arrive on another day of the week. Kitchen and cook nightmares . Manager in clear denial. Where's Chef Ramsey when you need him. We ordered : octopus salad , spaghetti sea food, fettuccine homemade sea and Mountains, mixed fried fish. After refusing to eat the appetizer and after eating four forkfuls of pasta 'cause we were starving, having lost all faith in the restaurant, we canceled the fried fish and fed ourselves with a margherita pizza . To tell the truth it was neither better nor worse than pizzas we eat in "non- Italian" restaurants in Germany. What a shame !
And to think that before ordering, we had asked if the octopus was fresh , instead it was soft , flabby , and (where in the world did they see it doing it! ) served with celery , carrots and olives from the can. No lemon, no freshness. No beautiful live red skin on the octopus flesh, no suction cups. Over-boiled, or boiled and re-boiled, or just weeks old. The most disheartening sadness is the manager's justification quote: " it would cost us less work not to peel the skin off, if customers would eat it as we do in Livorno." What an offense to their own customers, it seemed he was only clutching at straws. What a shame . In his defense, he did not charge us for it.
Restaurant absolutely not recommendable. Tripadvisor does not allow to give less than one star. That would be my pick. If they weren't in business, no one would miss them. 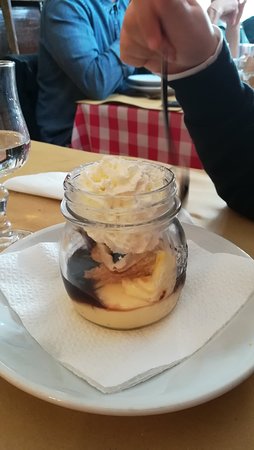 From the three days that we had spent in Ciampino, we ate two of them at the trattoria "i Belloni" (the third day was regretfully closed). It was the suggestion of our B&B owner, and we think we were the only tourists in a full restaurant.
We found a tipical italian (loud) atmosphere, with a friendly owner, and good quick service. We appreciated the free antipasto offered from them, and the huge fresh made first courses.
The meat was also very good and tasty, together with the home-made sauce, as well as the vegetables.
A suggestion: order a bottle of good italian wine (they have plenty of them) instead of the "home wine".
As sum up, we can can recommand this lovely place to evorybody who wants to enjoy a good italian dinner. We were here on our last day of the holiday, staying in a hotel ,handy for the airport and this restaurant was recommended by the hotel staff. It was frequented by locals and was rapidly filling up. I had marinated salmon as a starter which was light and refreshing then a wonderful plate of calamari. Pizza and pasta is second to none in Italy but it was great to see fish on the menu at a reasonable cost. I , now, would also advise people to stay in Ciampino and visit Rome as it is less frenetic and cheaper. 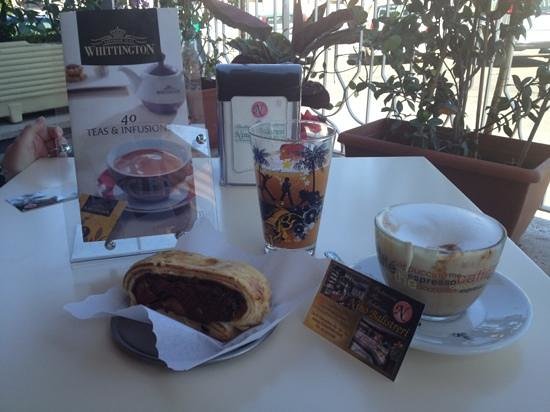 Cafe Nimo Super little coffee shop near Ciampino train station. Cappuccino only €1; excellent gelato ice cream €2 for two scoops. Relax wait for the bus to the airport; when it passes you have plenty of time to stroll down to the bus stop. 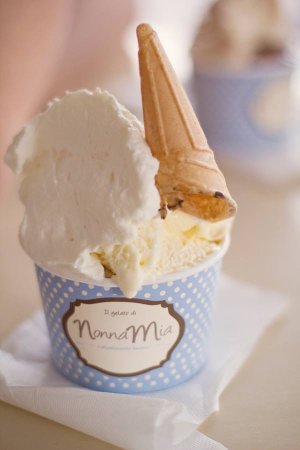 Lovely smart shop all that you would expect from an Artisan Ice cream maker! It's also nice that there are places to sit outside and enjoy your ice cream. I found the different flavours varied, I really enjoyed the nonna mia flavour which was a kind of hazelnut. I wasn't so impressed with the crema flavour. 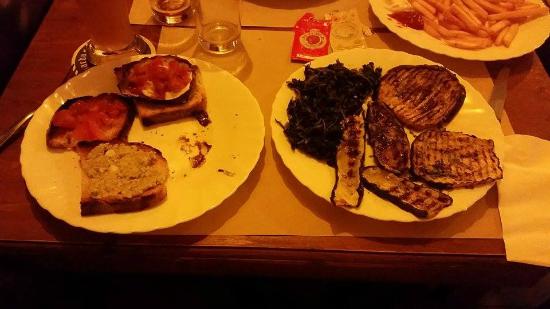 Small but very nice and cozy pub that, as in the true tradition of English or Scottish, becomes a meeting point to enjoy the friendshipGreat welcome, the excellent craft beer is served accompanied by dishes of the highest quality. The kitchen is always open. The owner and staff are very friendly and welcoming. You feel at home from the first time, especially if recovering from an exhausting journey.