Chagrin Falls is a village in Cuyahoga County, Ohio, United States and is a suburb of Cleveland in Northeast Ohio's Cleveland-Akron-Canton metropolitan area, the 15th-largest Combined Statistical Area nationwide. The village was established and has grown around a natural waterfall on the Chagrin River. As of the 2010 census, the village population was 4,104. The village was incorporated in 1844 from parts of three townships in two counties. Neighboring Chagrin Falls Township was established in 1845.
Things to do in Chagrin Falls 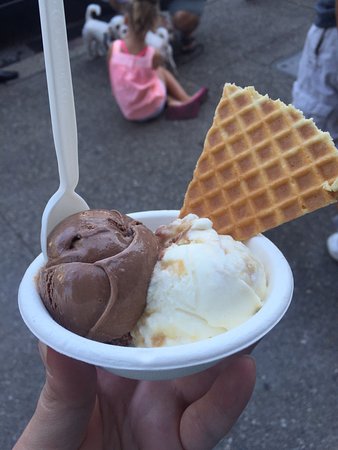 We build our ice creams from the ground up with milk from grass-grazed cows and whole ingredients that we blend, bake, peel, chop, skin, pulverize, and blowtorch ourselves. We use no flavorings, chemical dyes, or off-the-shelf ice cream mixes. We cut no corners, we take no shortcuts. We never have, we never will.

We loved the atmosphere and the service was fast and friendly. The building is awesome and we loved the brickwork. There were many choices of ice cream and samples are available. 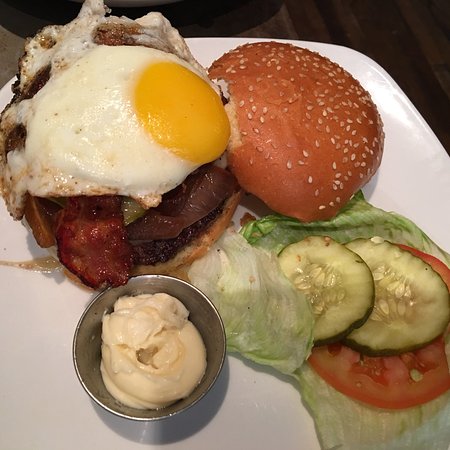 After emailing - from their website - to see if they were open on the Sunday of the holiday weekend we showed up not realizing we hadn't heard back from them, well, the joke was on us because they weren't open!

We decided to try them this past weekend and as usual the food was good. We were a little surprised when our milk shake arrived already split into two (very small) glasses as we were looking forward to a romantic shared milkshake! There was a lot of background noise so it was hard to hear the couple across the table. The food was good, nothing special, no surprises or disappointments.

This wonderful, new addition to Chagrin Falls has fantastic coffee! This cute little place is just getting up on it's feet but they serve truly excellent coffee and take great care to make sure that everything is made exactly as it should be! The location is easy to get in and out of and the ambiance is beautiful and relaxing! Highly recommend! 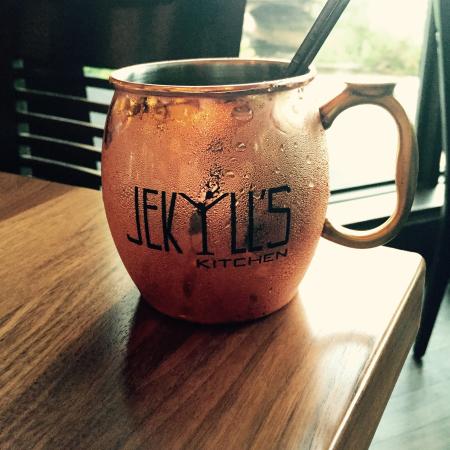 Jekyll&apos;s Kitchen is a chef-driven American grill restaurant with bar and patio, a beautifully designed interior . . .and a view of the Chagrin river water falls that rivals any setting in the country.Featuring a casual, yet sophisticated dining experience - It offers high quality food and excellent service.

It's an excellent restaurant--I took my adult granddaughter there and she also enjoyed it. The food was very good as was the service--The manage asked if he could anything for us. Try this restaurant -- you'll enjoy it. 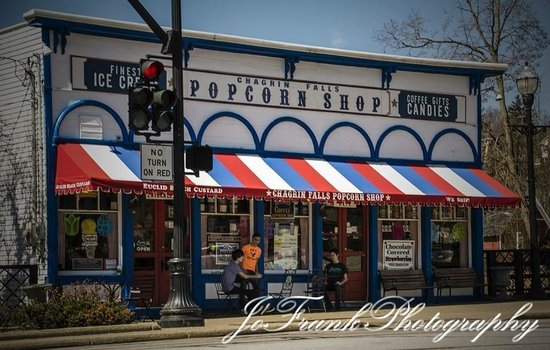 This old school store is located on the main drag in Chagrin Falls, almost overlooking the little waterfall. I went there yesterday with my two preschool age daughters. We often go there for ice cream after my kids play in the delightful little park nearby. Parking is free on the adjacent street or in a free parking lot behind the building. The ice cream is not fancy but is unexpectedly delicious and the popcorn is decent too. The best thing about this place is the atmosphere. Its decor is reminiscent of old-style diners and mom and pop stores in small-town America. The people are friendly and the service is fairly quick. There's only minimal seating inside; most people step out and enjoy ice cream while walking around and looking at the falls. If you enjoy simple pleasures, this is the place for you

Small, tucked away location. This place makes amazing deserts. Had a cup cake while I was walking around the village. So fresh. Wanted to get like ten more things but I have to watch my waist! I am a foodie and this little cute place rocks. Parking out front and a few tables. Hint, its near the little theater. 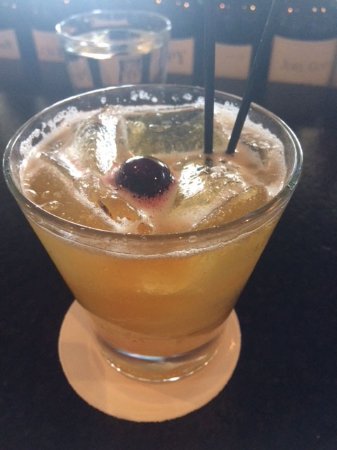 Try the wonderful lamb meatloaf entree (yes, LAMB!). Also, the escargots are excellent. Trying to find the place can be daunting unless you come with someone who has been there before as it sits behind stores on the main street. A positive is plenty of public parking right in front of it. 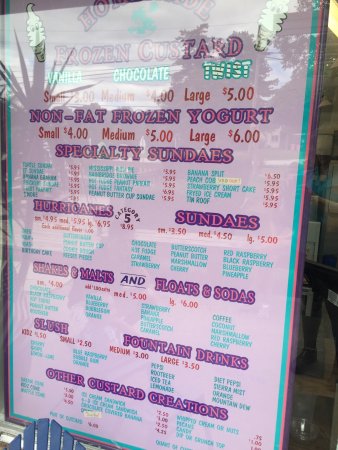 Cibik's takes us back to our childhoods with frozen custard and inventive sundaes. Local teens are manning the outdoor lines and scooping the treats and for the kiddie cones, the children get two eyes on them! My grandchildren love it and I am transported to the 50's! Met up with long time friends while traveling in Ohio. Two orders the fried fish sandwich, one the Fish and Chips, and fourth the Asiago crusted chicken. All of the fish dishes were huge, and crispy. Chicken also very tasty. Good value for cost, same for the wine selection. Ice cream sampler looking delicious, though we refrained from dessert.
Nice atmosphere,a nd low noise level. Service was very good. 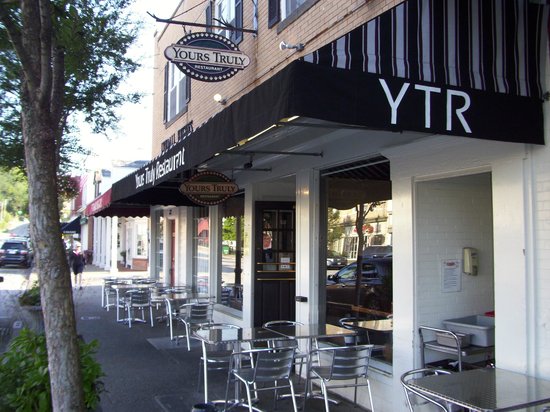 Since 1981, Yours Truly Restaurants has been offering casual, family friendly dining. Servers greet guests with a smile and truly care about making their breakfast, lunch or dinner a memorable experience. With a wide range of menu items, there&apos;s something to please everyone. We open early and close late.

Had a late lunch yesterday at Yours Truly while visiting Chagrin Falls. The place was packed at 2:30 pm. And we sat. Eat the kitchen doors so our spot was extremely loud. Our waiter did a good job although the kitchen took quite a long time to make our salad, chicken breasts and fries. We were there for an hour and a half and the price for our meals was a bit much. My mom had a simple garden salad, chicken breast (which was dry) and water and her meal was $9. My sandwich and fries were good and our dessert of warm apple pie with cinnamon ice cream was delicious. Good place to go but be prepared for a long wait and don't plan to relax here!