Top Things to do in Cavallino-Treporti 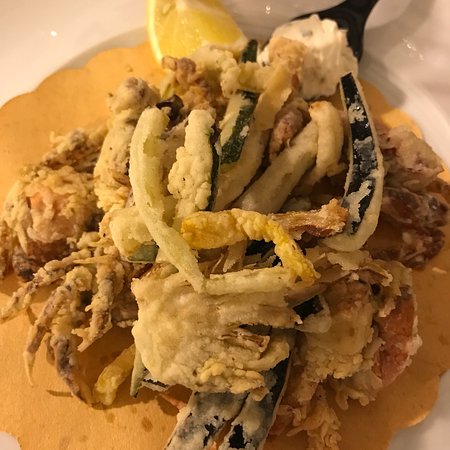 Absolutely loved this restaurant from the moment we walked in the door ! A Michelin Star Restaurant with great atmosphere, super friendly staff and incredible food. An extensive menu that was hard to chose from but we finally settled on King Crab legs and the Caprese for primi's with Spaghetti Vongole and Ravioli and shrimp for secondi - all superb - the wine list is also excellent. Could eat here forever! Highly recommend. 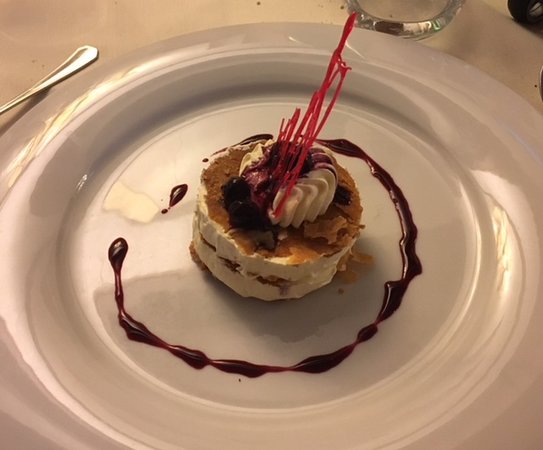 We were here for my wife's birthday at the end of June.
We had passed the restaurant a couple of years ago but couldn't get in on that occasion.
Reception was excellent, as was the service throughout.
Ambience was quiet luxury in a canopied area overlooking the attractive garden area.
It's apparent that this is a popular wedding venue.
We were given an amuse bouche, water and bread.
Starters were octopus and stuffed courgette flowers - both excellent.For mains we had a fried fish platter and eel - dishes we would not normally have at home.
We chose a bottle of Soave Carbonare.
We finished with more water and coffee.
All the food was excellent, the atmosphere was very gentile and we were very well treated.
The cost was 161 euros which included 8 euros cover charge.
My rating would be 5 stars except I thought the price was just a little on the high side, but then quality costs. 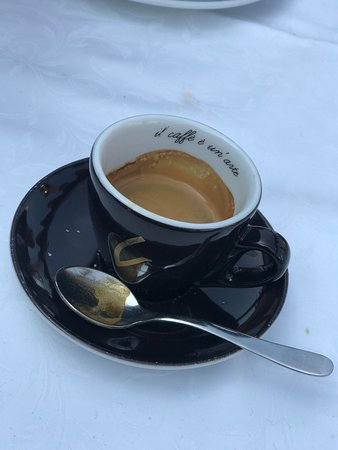 Friends had recommended this restaurant and we were not disappointed. We had not booked, but fortunately they could find a table for 2 for us. I would suggest booking ahead as the restaurant was full. We had the seafood experience to share, then scampi pasta....Moregrazie 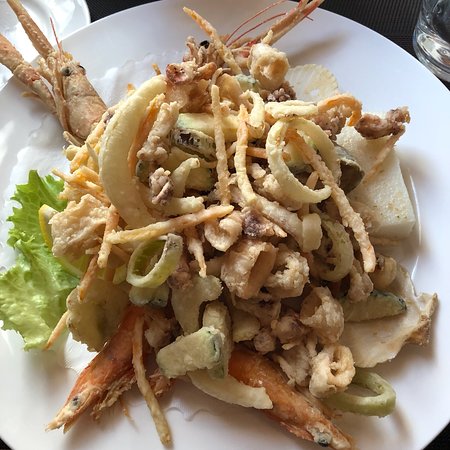 Having just visited Murano, my girlfriend and I skipped Torcello and moved straight to Burano on the Vaporetto, a lovely stop.
I always say to my girlfriend, 'always walk past the first restaurant', and this was a perfect example of my rule. We found Riva Rosa, delightfully placed with plenty of outside Seating.
After our obligatory Aperol Spritzes, my new favourite cocktail, we started with a plate of Parma ham to share with bread. A bottle of sparkling mineral water, wine in the 20 - 30 Euro bracket, very good. I moved on to a delicious Venetian style calves liver, sauteed in white wine and onions and served with polenta, very yummy, followed by a beautifully light millefoglie of apple and Calvados cream with a glass of Calvados. My girlfriend had a beautifully cooked pan-fried local fish with seasonal vegetables, not of the frozen variety, followed by a warm centred chocolate fondant. Then coffee for two.
Excellent service from friendly staff, all in about 130 Euros, I regard that as very good value for money. 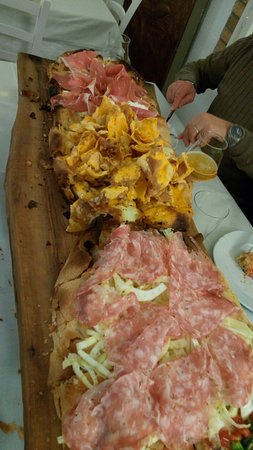 Given the number of excellent reviews here on TripAdvisor - which brought us to Trattoria Laguna in the first place - our visit was quite a disappointment. Everything started out so well. We were seated outside, where we could enjoy the sunset (until it was blocked by parked cars - really strange that this is allowed, as it really spoils the ambience...). The friendly and charming owner/head chef came out and presented some of the dishes to us. With lots of ego, drama and storytelling. To be honest, I would have preferred just to get an English version of the menu, so I could just chose something from the card myself, but he was so enthusiastic about the presentation, that we let him do his thing, and unfortunately this - in combination with rather poor English (mixed with German - which we don't speak) - meant that we didn't really understand what he suggested. I also want to add here that the chef corrected the waitress trainee in front of us, which I found both humiliating and unprofessional. He should have done this out back, not inside the restaurant.
We did think that we understood most of what was said, but no - we got something very different than we expected. To us, it sounded like 'really nice fresh fish and seafood, made in the oven', but what we got was a platter of seafood and fish, both grilled, boiled and fermented(??). Sardines, octopus, prawns, some rillette of maybe cod, salmon (which wasn't nice - it was impossible to part, hard to eat), a stuffed zucchini flower and some grilled veggies. The latter was the best, the rest was to be honest not very interesting. We did eat most it and we really tried enjoying it. We even discussed afterwards, if these dishes were maybe an acquired taste, but I don't think so.
We also believe that we ordered only one starter, but a second one arrived - a plate of clams and mussels, grilled over wood. This actually looked and smelled really good, so we decided not to say anything and ate the dish. There was quite a lot of sand in the mussels, which made the experience less good, but we did like the taste. It did however seems like the intestinal system was not removed from the mussels. If you are required to do so yourself, some instructions would have been nice!
Finally, the main course. I had Spaghetti alle vongole, which I love. It was nice, pasta was fresh and homemade. But to be honest, I have had much nicer versions before, for example in one of the 'tourist traps' in Verona. My husband got the wrong dish - apparently because the trainee waiter wrote down something wrong when she took notes as the main guy did the presentation. This was a minor glitch, but I really don't like that the waiter was blamed and named in front of us - this is IMO not professional.
Our two daughters had a steak Milanese and spaghetti with meat sauce, and the ragu was actually the nicest thing we tasted that night. I must add here, that I find it a bit odd that a restaurant like this have regular, deep-fried french fries. Why not offer some REAL fried potatoes, the Lido is jammed with restaurants that sells french fries, a nice restaurant should offer an alternative for children if you ask me.
We ended up paying about €120 for the meal - for two shared starters, two pasta main courses, two children's dishes, two glasses of wine and three bottles of water. I would have expected much more for this price.
We did leave a tip, but that was not for the food, but for the nice waiter, who was smiling, professional and did a really good job. We did also let the owner know that we had a nice evening when we left - to be honest we just wanted to get out of there and not stay around for a dramatic excusion/discussion/presentation of what happened/not happened.
Not recommendable, as price and quality does not match. It is like getting a nicely wrapped piece of Belgian chocolate just to find a piece of Ritter Sport inside. Not terrible, but just not the little piece of heaven you expected. 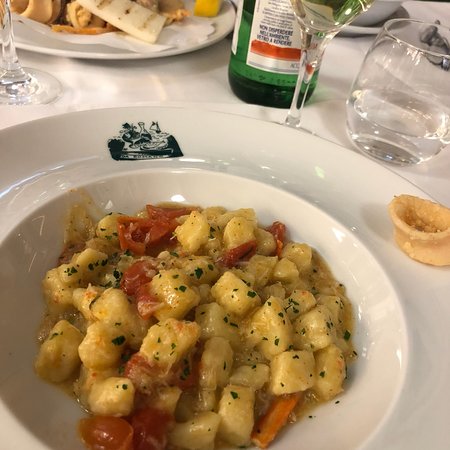 We were advised it was a lovelly restaurant and it was. We made a booking from Australia. We were greeted like old friends and treated to dining experience. The walls are covered in paintings and photos of past guests some famous some not. Just a...MoreThank you so much for your visiti, we really hope you have the chance to come back someday 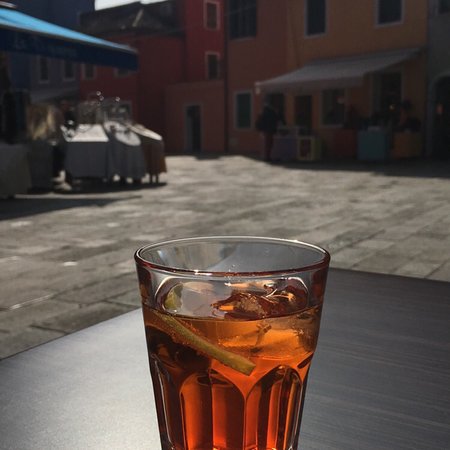 Stopped here for some lunch in the beautiful island of Burano. As my partner and I enjoyed both pasta and pizza equally we ordered one of each to share. Friendly staff, order taken and drinks given efficiently. Nice atmosphere in the restaurant. Reasonable prices. Overall food tasted very nice, would recommend 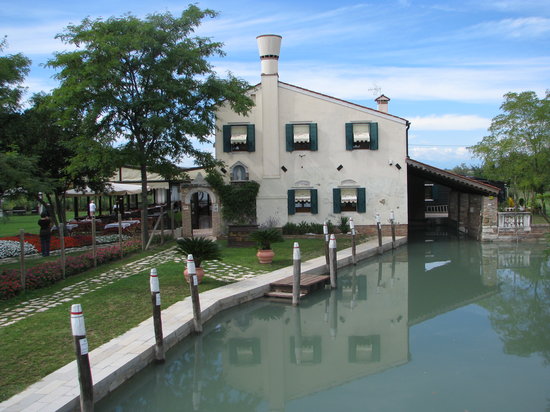 On a very busy Saturday in October we stopped off at Torcello- lots of history, and a few eateries- but wait to be stopped by gentleman outside Villa 600 and then go in to enjoy good foo, high quality service and reasonable prices. The calamari starter possibly best I've tasted. Good white wine, and some excellent pasta dishes too. 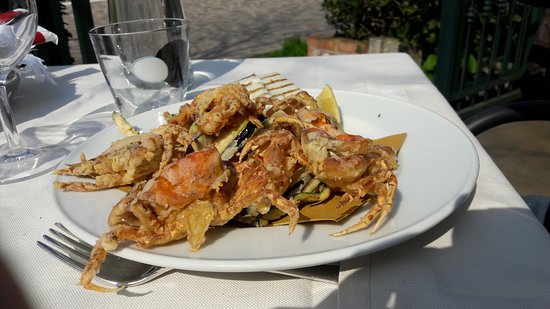 First visit was over two years ago and lunch was excellent, as it was again on this occasion. The cuisine is essentially local with lots of seafood. This place is popular with Italians for its down to earth, very good and reasonably priced food, something at times difficult to find all combined in Venice. Good food tends to be very expensive in Venice. Here it is good yet not overly expensive. 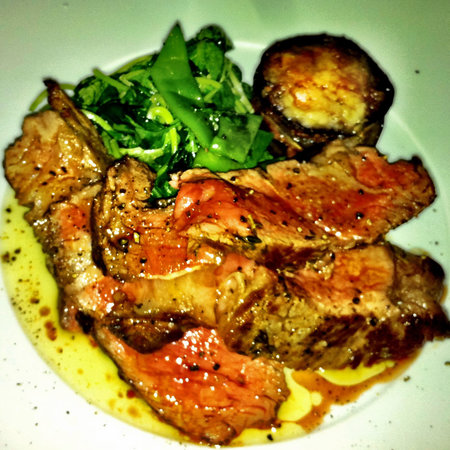 The Venissa Ristorante at the Venissa Wine Resort on the island of Mazzorbo in the Venetian Lagoon has become a sought-after destination for local and international foodies. The restaurant is unique and pioneering in its approach to cuisine: four young chefs who have worked in Michelin-starred restaurants work together in the kitchen to create dishes that highlight traditional recipes and take them to creative, contemporary heights. <br><br>The restaurant strictly adheres to the farm-to-table philosophy not in order to follow any international trends, but thanks to the lagoon’s immense bounty. Guests have the pleasure of dining on amazing and unique shellfish from the local waters, rare algae that is fresh, crispy, and palate-cleansing, and endless fresh vegetables from the garden located directly next to the restaurant. It is not uncommon to see a chef run out of the kitchen and into the garden during dinner service to gather more of a vegetable whose supply is running low. The restaurant and wine resort are located just 40 minutes by ferry from Venice and are a perfect setting for those travelers looking for an authentic dining experience removed from the tourist masses.

Food, wine, service, location and outside surroundings were outstanding for this Michelin star restaurant. Food was inventive and picturesque.