Cascavel is a municipality in western Paraná state, Brazil. It is the 5th most populous city in Paraná with a population of 316,226 inhabitants according to an estimate from IBGE in August 2016. The distance (by freeway) to Curitiba, the state capital, is 491 kilometers.
Things to do in Cascavel 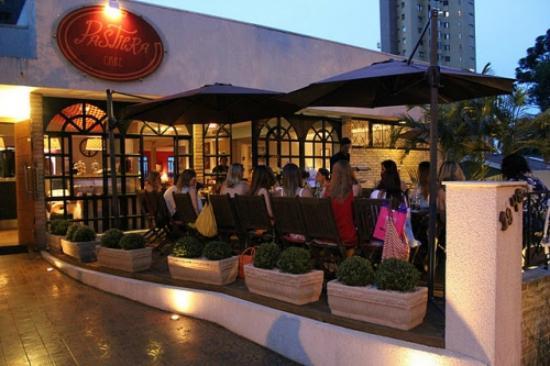 Also a quiet place without noise and bustle. Pleasant atmosphere for dinner and talk. The waiters are very attentive. Can ask the chef comes to the table if you want to. There are not many tables. Lack own parking. Cod is delicious.Well served. The price is compatible. 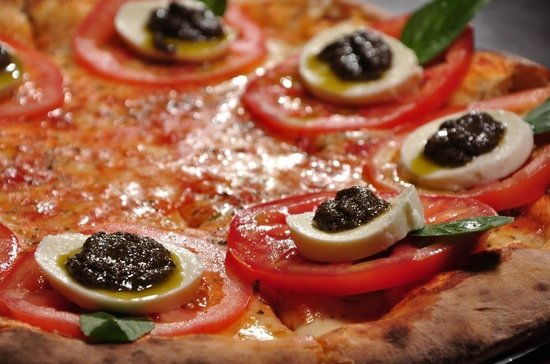 I've lived in the main cities of Paraná state as Londrina, Curitiba and Ponta Grossa and I am always visiting other big cities like Maringá, Foz, Beltrão, Pato Branco and Cascavel but I must say that this pizza is the best I found on Paraná State.
Obviously it is not a cheap place but in my opinion the place is perfect, specially if you enjoy the couple: Pizza + beer. Excellent staff, nice place and everything you may expect from a good pizzeria. Go there. 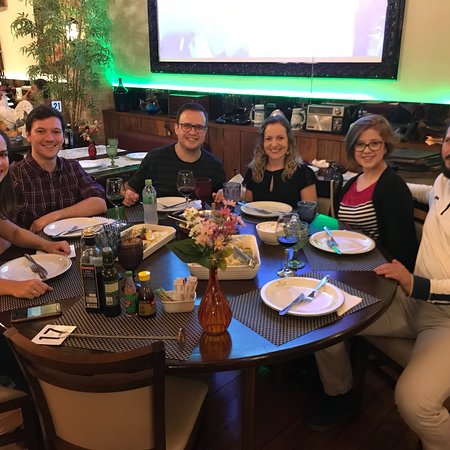 We had a wonderful meal at Armazem. We started with the tropical shrimp, which was very nicely done. We had the traíra for the main entree. It is more than sufficient for two and is truly delicious. For dessert I ordered the papaya cream with cassis. Honestly, it was the low point if the meal: very faint papaya taste on it. When I return, I will skip the papaya. Everything else was superb. 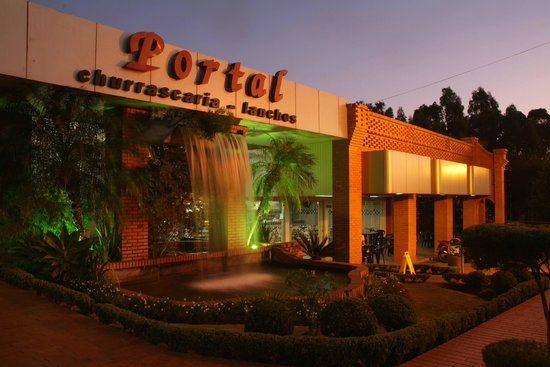 The Churrascaria is a small walk away from the Hotel Deville Express and an ideal alternative to the hotel restaurant.
The restaurant is large, airconditioned, clean and the service was excellent.
The meat offered was perfect: both the variety of cuts as well as the quality.
Together with a wide range of fresh salads, just everything was great.
It´s hard to stop eating. And when you think you had enough - you might have a look a the desserts. A limited variety of different desserts - also tasty and included. 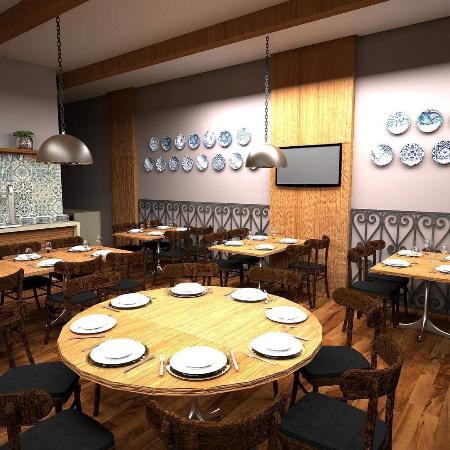 We had nice fishes there, but there are not many options. The ambient is not cosy or beautiful but loudly and ugly. I think this restaurant can be much better if they pay a little attention to its decoration. 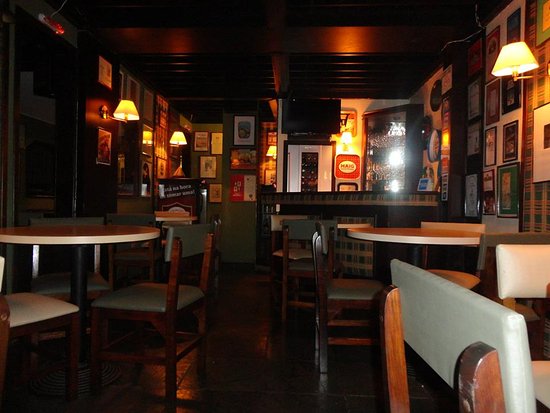 There's nothing special in this restaurant. It's only about expensive ordinary food. I had high expectations before arriving there, but it was a shame it's just an ordinary one... 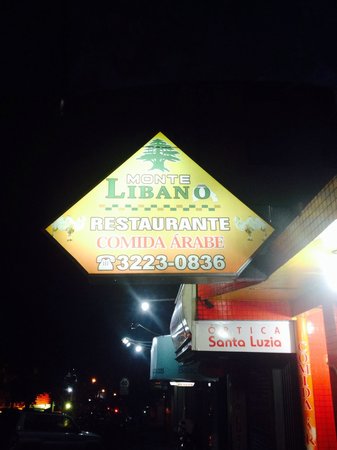 It's a restaurant opened recently, but the owner has been in the business for years. The dishes are well done. Very tasty. The owner is always present and supervises everything. It's a good standard. It has a golden dome outside, similar to Jerusalem. It's worth visiting! 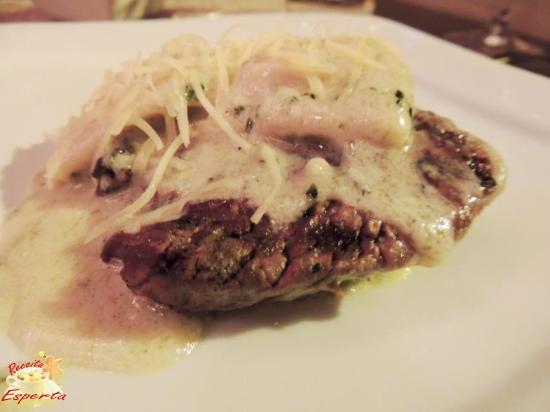 We chose this restaurant for a romantic dinner on Brazilian "Valentines Day". The special menu seemed to be wonderful and that was the main reason we chose this restaurant despite of all other options we had in Cascavel. Here are the reasons why we HATED the "dinner" we had at Paiollo Trattoria:
1-The starter was one single vieira for each one and a few small lettuce leaves. There was microscopic portions of foie gras as well (yes, this is a restaurant which still serves foie gras). So, the starter was a great deception at all. I could tell you it was ridiculous.
2-The main course: after the tinny ridiculous starter, I was expecting a great, wonderful main course but it was even more ridiculous... They promised a portion of robalo (sea bass), accompanied by tagliatelle and langoustine. I'm still looking for the tagliatelle and instead of serving langoustines they served two medium shrimps! And I can't avoid telling you about the size of the robalo portion: minuscule!
3-The deserts: at that point I was not expecting nothing good from that kitchen and then the desert came... It consisted in 4 minuscules micro pies and nor for each one of us, but we had to "share" those minuscules ones as it was a "romantic" night... Their flavours were ordinary ones, there was nothing special there.
4-The price: it was a very expensive terrible dinner. I would pay happily for it if it was at least good, but it was terrible, they lied to me. I wanted to leave that place and not leave a penny there, but it should be a romantic night and I didn't want to ruin it even more!
5-At the end we were hungry! And angry!
It should have been a dinner, but it was a gourmet degustation section (it's unacceptable). I should have had langoustines, but they served me two ridiculous medium shrimps (!!!!!!). It was expensive and didn't worth a penny!
This restaurant ruined my romantic night. I will never go back there and my advice is: don't go there because Cascavel has many better options! 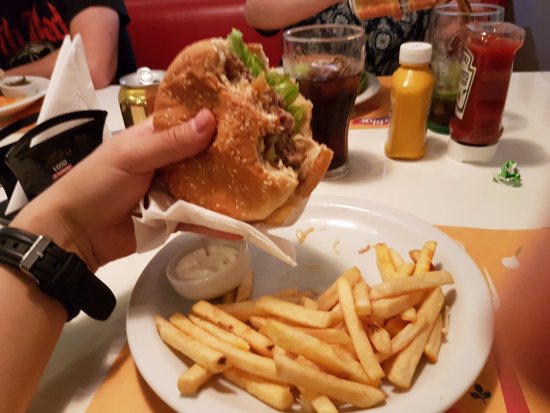 We liked the burgers and the good options of drinks. The burgers were not the best ones we have found, but they were nice. The staff was an important detail: the attendants were rude and did not give the attention we needed. They took ages to realise we were there and to bring us our burgers as well. At the payment time the staff was extremely rude. The ambient is fine, well decorated but the staff and service ruined everything. 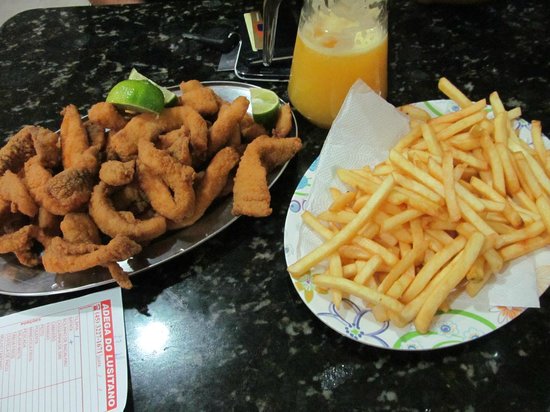