Camp Sherman is census-designated place and unincorporated community in Jefferson County, Oregon, United States. It is located on the Metolius River. The population consists of a few hundred year-round residents, swelling to several thousand during the summer. The community includes an elementary school, Black Butte School, a general store and a post office (zip code 97730). The community also has a volunteer fire department. Camp Sherman was founded by vacationers from Sherman County in the latter part of the 19th century.
Things to do in Camp Sherman 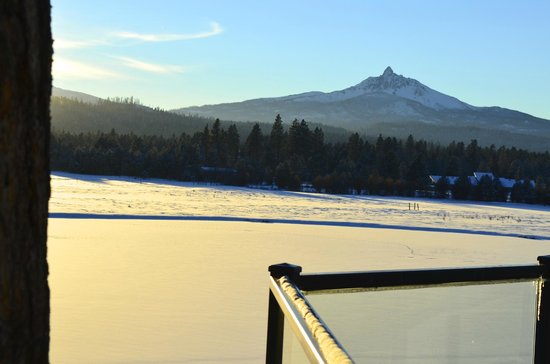 I have reviewed this main restaurant several times in the past as we come several times per year over many years. This year we hosted our son's wedding rehearsal dinner on the back deck. It was simply superb. The location cannot be beat of course with the mountains in the background and the lake... and the trees. The food was outstanding.. for a party of 20 to get prime rib perfectly cooked was impressive. The wait staff in the catering department were top notch professionals... there but unobtrusive and very observant about flow. Just totally perfect. Thank you 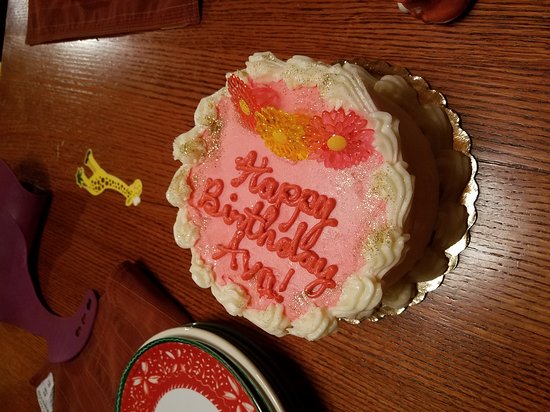 We make our goods from scratch and fresh daily. Sisters Bakery is the first and last stop along Highway 20 connecting Central Oregon to the Willamette Valley. As the Three Sisters Mountains loom over our back door we are already at work baking and serving delicious fresh doughnuts, gourmet coffee and espresso, homemade croissants, pies, cookies, scones, muffins and so much more

Drove back from Bend to pick up a bear claw, apple fritter, cappachino and a vanilla latte. Pastries were delicious. Espresso not so much. I had been here a few years back and was happy to visit again. The pastries are flavorful, perfect. Sorry to hear that the cinnamon bread wasn't going to be ready till 12-1 pm. 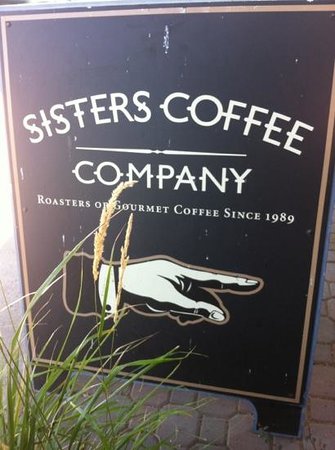 Sisters Coffee Company has been roasting coffee in the heart of Oregon since 1989.

Ordered a medium mocha, I wanted it a little lighter on the chocolate. The girl recommended 2/3 a pump, it was perfect not to sweet and very creamy. Very addicting, will come here every time I am in town. 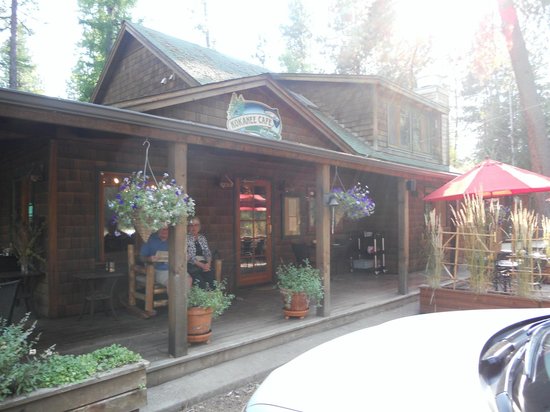 This was not our first visit. We had last been here a couple summers ago. I have to be honest, I was a little disappointed this time. On the positive side, making a reservation was easy (and recommended). We were seated right away. Our server was professional and courteous. She took our drink orders right away. It took about ten minutes to get wine and one mixed drink, too long. When our server took our dinner order she asked if we had questions about the menu, which we did and she was knowledgeable about the food. We inquired if there were any specials and were told no. We found the menu to be very limited, only six or seven entrees' and as many appetizers. The only seafood on the menu was an $18 (four piece) prawn dish as an appetizer and a $42 seafood bisque for dinner. I had hoped and anticipated there might be something such as broiled steelhead or fried trout. The menu included two different dishes that included lamb but no pork. No pasta. And frankly, I would not order fried chicken or a hamburger in what is considered to be a gourmet restaurant. It should be noted here that we were told there were no specials. After our meal had been served another group was being attending to and they were offered a Sea Bass special. We were a little taken aback since we were told there were no specials.
Portions are fairly generous so we opted to share meals (myself and my husband shared and the couple with us shared among themselves). We had a delicious ($12) green salad with some delightful choices of greens and herbs, it was quite good. Our friends shared the beet salad. It looked a little sparse and the beets and carrots still had some of the stem on. Our friends were a little put off about the veggies not being fully trimmed. My husband and I shared the Seafood bisque. It was good but not $42 worth. Our friends shared the Sirloin steak. It looked like a good portion on the plate but they said it had a lot of gristle. There was also a large bone on the plate with the marrow exposed for eating. It was NOT to anyone's liking. Just a big filler on the plate. Also overpriced in our estimation. When our dinner arrived my husband asked for a glass of wine. It did not arrive until he was done eating, very disappointing. We shared a piece of chocolate mousse cake for dessert and that was good but very, very sweet. Sharing is recommended. In the future I think we will check the menu before making a reservation. 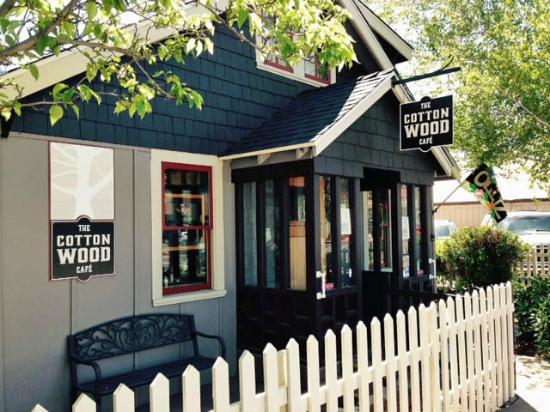 Great little Restaurant. Situated in an old house, the atmosphere is cozy and comfortable. Always crowded so be prepared to wait. Love this place, the food and the service. Would highly recommend. 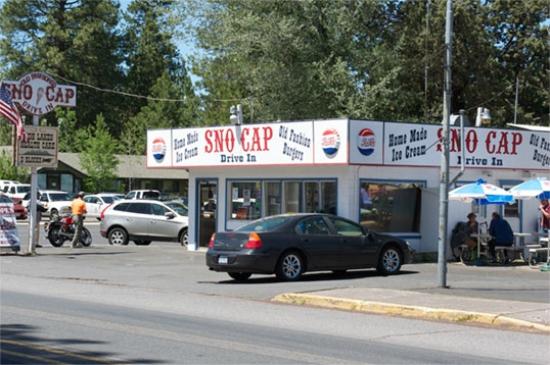 Want an old-fashioned burger? How about a hand-made Milkshake? Sno-Cap is the place to go. Hamburgers are simple and delicious. Fresh-made with all the fixings. French Fries are hot and salty. Thin, like a fry should be! Endless choices of Milk Shake flavors made with Home-made Ice Cream. The Sno Cap can be VERY busy, but it is always worth the wait. Small area inside to sit, but outside is best if the weather is nice. The BEST place in Sisters. Don't miss the Sno Cap! 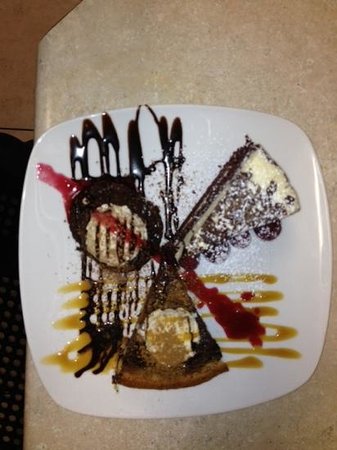 Great place to dine. Exceptional staff of well trained servers. Enjoyed the variety of all the art around us while being served. Good choice on menu items. Enjoyed our evening. 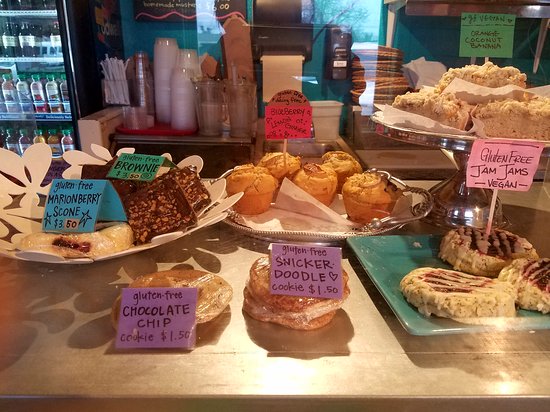 Popped in to have a late lunch between hikes and laundry. Staff seemed completely unorganized and very discombobulated. They stated they were low on items because they didn't prepare enough because there was a car show going on and they didn't think they'd be busy, which was actually the exact opposite since the car show was right outside. Dining areas had used cups and napkins scattered around and trash was overflowing. The girls behind the counter were very interested in their own conversation and it was evident other customers were noticing as well. Turkey wraps were average. 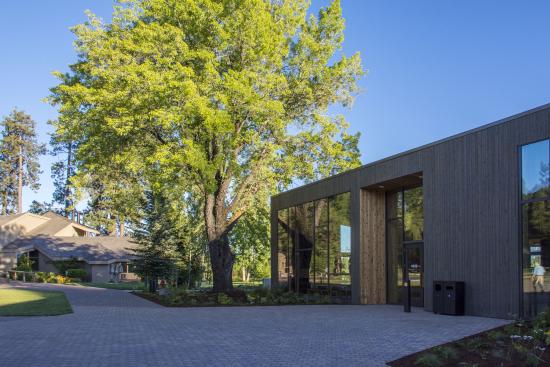 The Lakeside Bistro features coffee, espresso and bakery offerings in the morning and pizza and other savory food options for the remainder of the day. Walkup counter service is also available for pool guests.

This newly-opened, informal venue at Black Butte Ranch is off to a great start, offering a limited menu of pizza, salads and small plates . The pizzas are surprisingly good and the salads are really top-notch. The flatbread we tried came with a salad topping, a really good value! The kids taking the orders could use some training in both product knowledge and customer skills, but now that they will be back to school, that problem will likely be solved with regular rather than seasonal employees. This is perfect for families with small kids and offers hugely better food than the pool-side pizza place it replaced. There is an attractively laid-out shop with Black Butte products and locally-sourced gifts as well as a surprisingly good, well-priced stock of wines and beers for sale for take-out beyond those offered by the glass at the bar counter. You can buy a whole bottle to enjoy there with your meal--just ask for a couple of wine glasses to take to your table. The view over the lake and the beautiful new pool area is lovely, and you can eat outside with a dog if you like. We will go back!

10. The Restaurant at Lake Creek Experience fine dining, redefined, in the historic town of Camp Sherman. Located in the main Lodge of Lake Creek Lodge, and always open to the public, is our knotty pine dining room that has been serving patrons since 1935. Breakfast, lunch, and dinner made with only the freshest ingredients, we are here to serve year round! Lodge style dinners are served from a set menu and include an appetizer, entree, and dessert for only $29! Served nightly at 6pm. Try our made from scratch menu, including gluten free and vegan options. Visit our website for updated menus and operating hours.

We decided to try the Lake Creek Lodge in-house restaurant for a mid morning brunch and loved it. Full espresso coffee bar paired up with a surprising full and varied restaurant menu. Our meals were well prepared and tasty... I recommend the cinnamon roll French toast by the way! Apparently open 7 days a week except only 5 days in winter. We definitely will be combing back for the for the atmosphere, the food and the friendly staff.