Top Things to do in Camogli

Camogli (pronounced [kaˈmoʎʎi] or [kaˈmɔʎʎi]; Camuggi or Camoggi in Genoese dialect) is a fishing village and tourist resort located on the west side of the peninsula of Portofino, on the Golfo Paradiso in the Riviera di Levante, in the Metropolitan City of Genoa, Liguria, northern Italy. As of 30 April 2017 its population was of 5,332. Camogli is one of the largest areas of the Parco Naturale Regionale di Portofino, and a part of the Portofino Marine Protected Area.
Things to do in Camogli 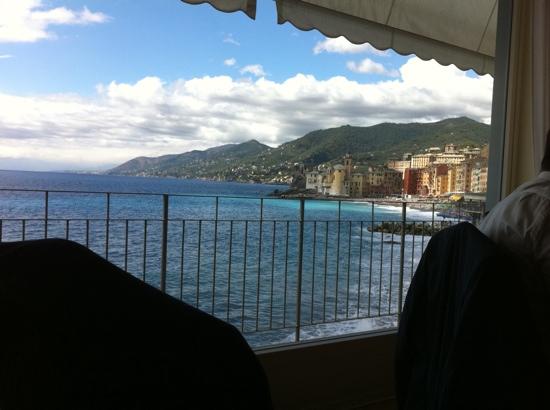 We had dinner at the Terrace restaurant for three nights and each time the food was superb! The service is excellent - friendly and efficient.
We loved .....
Delicious sea bass - grilled to perfection
Pork loin with delicious fruity sauce
Fillet steak with castelmagno cheese sauce
Not to be missed....
The chef's special desserts 6 or 7 mini desserts on a large glass platter $14
HIGHLY RECOMMENDED 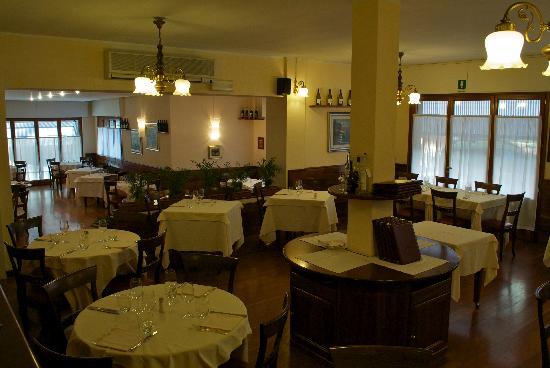 Rocco isn't overwhelmed with restaurant choices once you've had enough if focaccia but this is a great option. There's an English and a French menu. After 10 days of pizza and seafood we opted for the steak in green pepper sauce and it was cooked to order and beautifully tender. Meal for two Inc drinks and coffee was 65 Euros. Friendly staff, good service and caters for wide range of locals and tourists.

We had some lovely seafood here for lunch on our trip to Camogli for the day. The view was incredible, and we enjoyed cold beer and wine, beautifully grilled seafood, tasty bottarga spaghetti and very good espresso. We loved it and would recommend it! 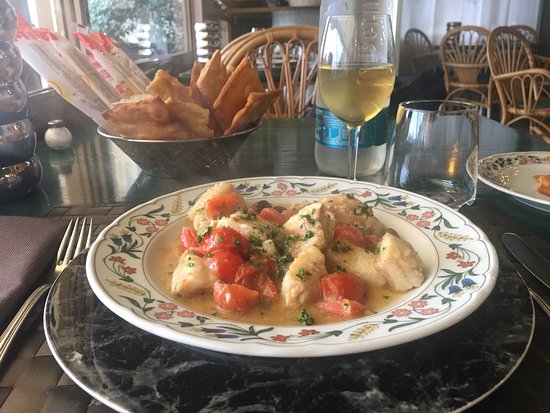 A small restaurant right on the side of the small port of Camogli. We had dinner there, they were happy to arrange the tables outside as we wanted. Very good octopus salad, tasty guinard stew with olives and tomatoes and delicious little chocolate rum doughnuts for dessert. Very pleasant indeed. 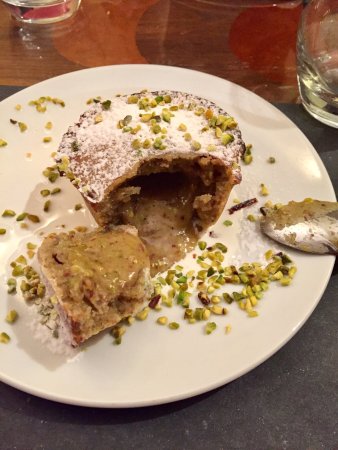 The Bossa is a small restaurant specialising in good, home-cooked food which is locally produced. There is a focus on organic ingredients of the highest quality - and organic wines - a really important and relatively new development. The Bossa is well worth a visit - or two! 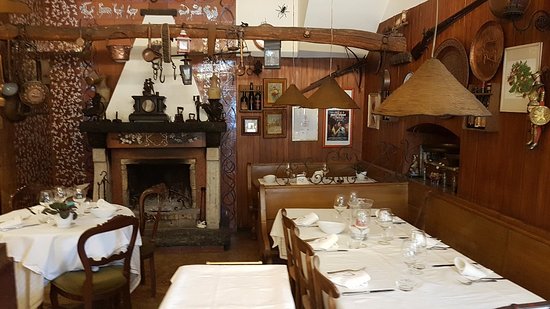 Following our morning tour of Genoa, our tour guide took our group to dao Vittorio for a "preselected lunch". First we were served their very "special focaccia" made with a thin dough and covered with a variety of melted cheeses! Excellent. Then we had a vegetable pie (like a quiche) served with a mixed salad. All was delicious. A fabulous dessert of chocolate puffs stuffed with fantastic chocolate filling. The restaurant was filled with many families and children - a happy place to be. We would return if we were traveling individually. We enjoyed their light white local wine. 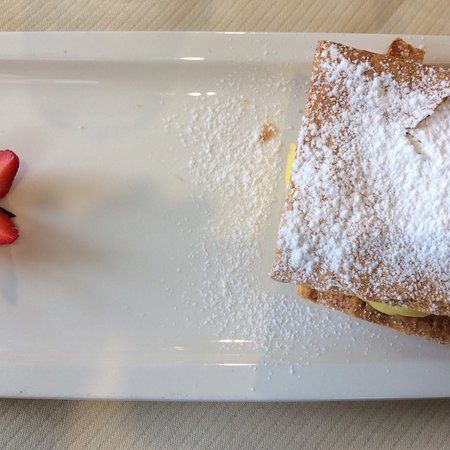 Local seafood restaurant, really good location overlooking the bay above Camogli. Good selection of fish and seafood dishes, nice wine list and exceptional service from the owner and a helpful young lady. Reasonable prices and good parking on site. Well worth a trip. 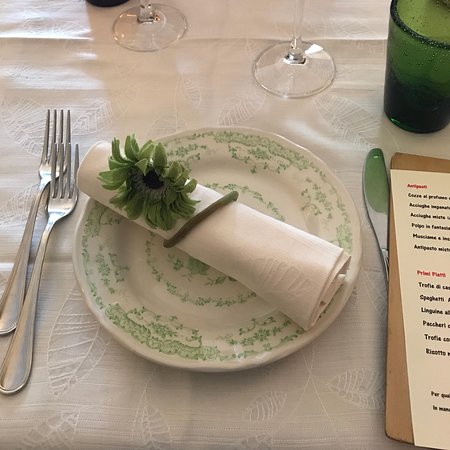 Recently opened, the &apos; Ostaia by or SIGU boasts its delicious recipes that originate from a deep and renowned culinary tradition. Our flagship is the multiennale experience in the restaurant and the ability to renew the delicious menu that proudly offer our kind guests. Our courses are typically Mediterranean natural and blend perfectly into the beautiful surroundings of the village Camogli. Here then resurface with the tastes of the past and the outstanding proposals of the modern kitchen. To find out, choose "the delicious menu" on the left that is continually updated. Flowtable Another significant aspect of our business is the engine room of the restaurant: those who enter, immediately notice its marked reception and the inspired choice of accessories and furniture, in harmony with SIGU , the owl. Moreover, in the same room can be exhibited and admired the works of various artists and has allowed entry to the dogs, our irreplaceable furry friends. Certainly not the last to be mentioned are the responsibility of the Chef and the kindness of all the staff. We look proud to make you appreciate our flavors and delicacies prepared meticulously for your picky palate ... And do not forget: not welcome customers, but guests! Enjoy!

We were recommended this restaurant by our hotel. It is a small restaurant with inside and outside tables on the main seaside walk. Everything about this experience was wonderful. Beautiful tables, service and of course food. We had the fish of the day with a choice of sides. Delicious and beautifully presented. Highly recommend. 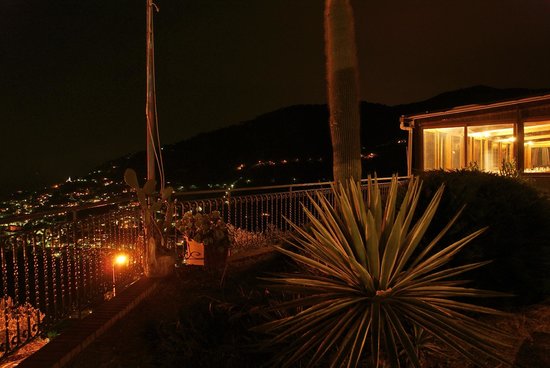 A truly tipical Ligurian cuisine restaurant with fresh produce and lovely staff. The road to get there could be daunting at night but the view is breathtaking. We loved it! 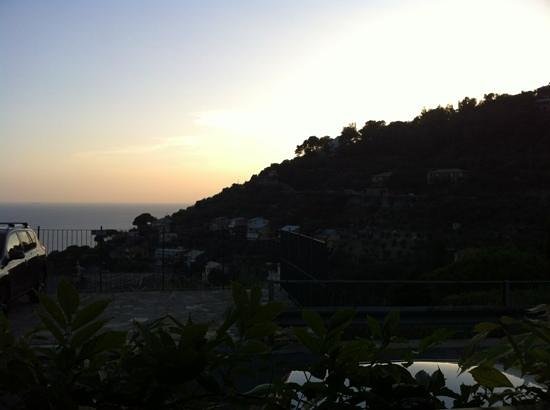 Given the home cooked meals and the neighbor’s kids playing in the yard beside the Al Baretto restaurant yelling, ‘mama, mama!’, it’s easy to believe that you’ve been invited to a friend’s outdoor patio for dinner. The view out to the Ligurian Coast is already...MoreCiao Mike, grazie per aver dedicato del tempo per recensire positivamente la nostra attività!!!. A presto, Alessio & Staff....