Brandenburg is a home rule-class city on the Ohio River in Meade County, Kentucky, in the United States. The city is 46 miles (74 km) southwest of Louisville. It is the seat of its county. The population was 2,049 at the 2000 census. The city was not named after Brandenburg, Germany, but for a local barkeep and land owner.
Things to do in Brandenburg After receiving a few recommendations from friends, we stopped here for pizza on the way through the area. The pizza was very good. We tried a half combination half pepperoni. The crust was the perfect combination of crispy and flavorful. The boys tried the calzone, which they enjoyed. The service was prompt and friendly. We had a 30 minute wait (on a Wednesday night)! It's very popular, so expect a wait. We first discovered Yum Yum at Brandenburg, KY and now there's a store in Corydon! We have enjoyed visiting Yum Yum for a couple of years now. They have a good variety and almost always have day old items. They have delicious looking pies and the fudge brownies with walnuts are a real treat. It is a family run business which makes me like it even more. Store is clean and the staff is always friendly. The blueberry fritter and cinnamon chip muffin are my favorites. I like them so much I find it hard to try anything else. Stop by and check them out. I dont think you'll be disappointed. 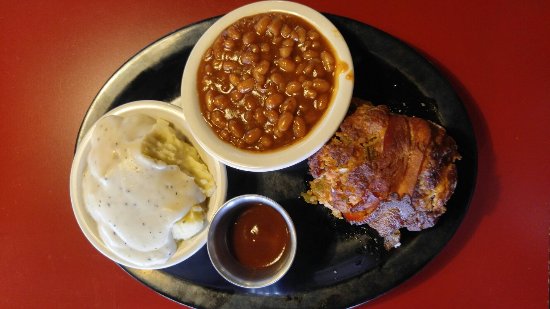 My husband and I went on a Saturday about 12:30. There wasn't a wait and service was excellent! We ordered the fried pockles. They werent greasy or salty; delicious! I had the pulled pork with cole slaw and sweet potato casserole. My husband had the dinner for 2 that came with ribs, wings, pulled pork, mac and cheese, and potato salad. The pulled pork was juicy and tasty, I didn't even need to add any bbq sauce because it was so tasty. The sweet potato casserole was amazing!!! Even my husband liked it and he hates sweet potatoes. We definitely recommend eating here.

I can't come on the food because all we got was ice cream. The blizzards were done well. The stand out for this dairy queen is the staff. They are friendly and eager to be helpful. They take customer service up a notch. The military discount is always appreciated. 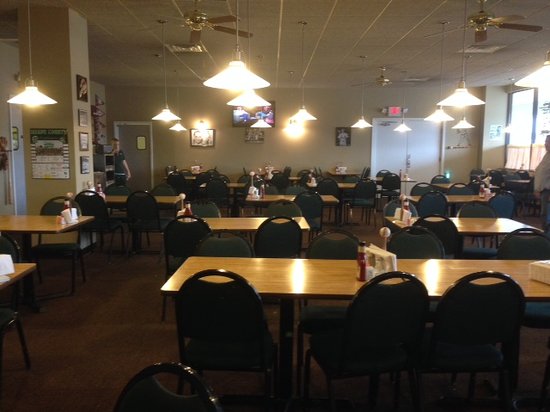 My Pa and I found this when we were looking for lunch. There were a bunch of cars parked outside so we figured we'd give it a shot. We both got the Junior slaw burger (two thin patties topped with coleslaw--it has a bun bottom that divides the two patties). My pa got french fries and I got the onion slivers. The burger was very good. It wasn't too messy as the coleslaw wasn't very juicy. It didn't have a ton of flavor, but it hit the spot. The french fries on the other hand... You'd swear they were made on Top Chef. They were crispy on the outside and nice and airy and soft on the inside. The onion slivers were very good! They came with a sauce that had a nice kick to it, so it complemented them very well. We wouldn't go out of our way to come back, but if you're in the area it is worth the stop! 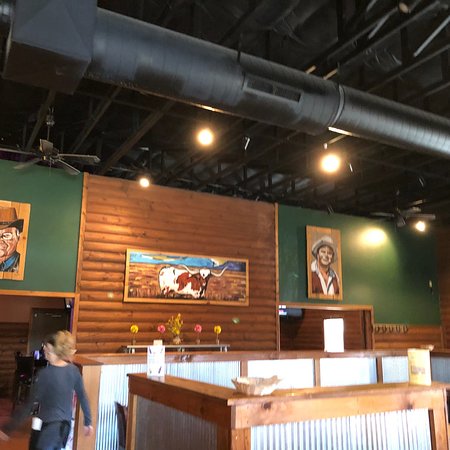 This is a delightful place to eat. Dave Benson is a fine restaurateur. He makes you feel like family. Fresh rolls immediately on your table. Very reasonable lunch specials. Salad bar. Beverage bar in rear of building. Great food especially Dave's coleslaw. Rustic original paintings by a local artist help create a fun environment for a great evening out, workday lunch, or absolutely anytime! 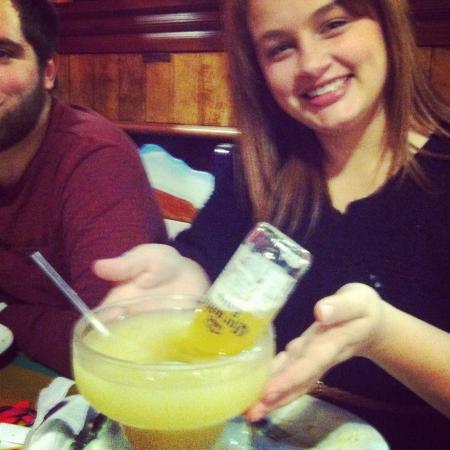 Good food. Lots of TV's. Margaritas are awesome! Menu is large and there is something for everyone. We visit at a minimum of once a week and some weeks it is much more. They spent a bundle on the interior. Fun place and live music on Friday nights. Great house band that plays all the songs you know!

We went to this restaurant after a long 6 hour drive. We were not disappointed. We were greeted cordially and seated promptly. We placed our drink orders and received our chips and salsa. My wife ordered Quesadilla Colorado and I had the Burrito Supreme, both with fajita style beef. My wife was very pleased with her choice, especially the Colorado sauce. My burrito consisted of two tortillas filled with beef, peppers, and onions, covered with cheese, guacamole, and sour cream. It was some of the best Tex-Mex food we've had in a long time. We look forward to another visit.

It's Taco Bell, what can I say? I have eaten here many times over the years and I have never had a bad experience at this particular spot. The staff is friendly and courteous. I was sad when I discovered they no longer have the "Frito Crunch Wrap" but for the best deal, the "Frito Buritto" can't be beat.

We waited too long to try and find some place for lunch while driving to Indiana so when we saw Golden China Buffet, we took a chance. The staff was unfriendly but the food itself was very good. It was late for lunch so we expected dried up left over food but it was all fresh.