Beavercreek is the largest city in Greene County, Ohio, United States, and is the second-largest suburb of Dayton. The population was 45,193 at the 2010 census. It is part of the Dayton Metropolitan Statistical Area. The Beavercreek area was settled in the early 1800s. A part of Beavercreek Township was incorporated and became the City of Beavercreek in February 1980. The township includes the area known as Trebein. The city has two golf courses, Beavercreek Golf Club (public) and The Country Club of the North (private). Many Beavercreek residents work on the nearby Wright-Patterson Air Force Base. The Mall at Fairfield Commons and The Greene Town Center are two malls in the city. In terms of number of residents in an incorporated area, Beavercreek is third in the region behind Dayton and Kettering. In 2007, Beavercreek ranked 84th in Money's Top 100 places to live. General Janet C. Wolfenbarger, former Vice Commander, Air Force Material Command and highest-ranking woman in the United States Air Force (as of 1 January 2010), is from Beavercreek and is a 1976 graduate of Beavercreek High School.
Things to do in Beavercreek It is in the mall above and does not give a

Good pizza at a good price. The staff is always friendly and the food arrives quickly. I have not tasted a bad pizza from Spinoza’s. 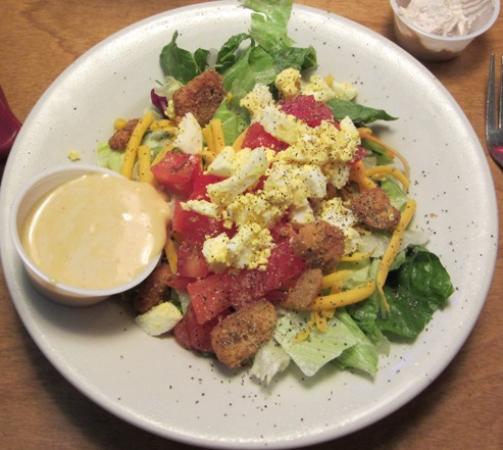 The Cactus Blossom appetizer ($5.99) was huge and pretty tasty. We ordered the Pulled Pork Dinner ($9.99) and the Chicken Critter Dinner ($10.99.) The pulled pork was nearly fat free and a good sized portion and the side veges were not over-cooked. There was plenty of deep fried chicken fingers, enough to take home. A tall Sam Adams Seasonal (Winter Duke) was $6.50. Rose was TOO attentive and was obviously trying to get us to move along faster than we were doing. The place is pretty noisy; I think the loud music makes everyone talk that much louder.

After a great meal at Olive Garden, I went to Graeter's for ice cream. Although I had to wait in the drive through for ~10 mns it was so worth it. The employer was very nice and courteous as in she greeted us with a huge smile. In fact, Devon engaged in a conversation and accepted my Rewards card, then gift card, then credit card to cover the balance. She did not appear put off even when I asked about a discount. Then Devon asked if I wanted a lid on my ice cream cups. That was going the extra mile for sure. And when she gave me the order, she said with a smile, "have a great day!" I will definitely go back. 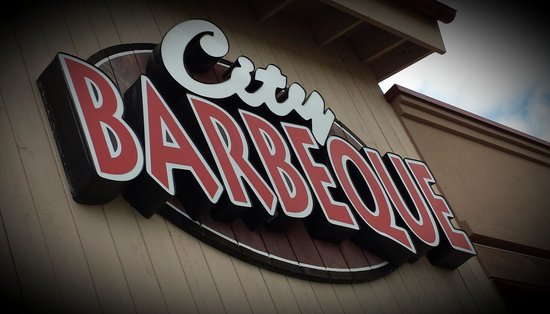 The idea for City Barbeque was born as an invitation to all the people in the city to enjoy great barbeque- America&apos;s food. Our award-winning barbeque is made with only the highest quality meats and served with our signature sauces on the side. Huge smokers are loaded daily to guarantee the very best hickory smoked, juicy, tender meat anywhere. So if an authentic barbeque experience is what you&apos;re after, look no further. Small groups of folks like us still believe in honoring quality, generations of tradition and true service. Whether you call it barbecue, Bar-B-Que, BBQ, or barbeque - we&apos;ve got what you are looking for!

Went two times in three days... once for brisket and once for ribs. Loved both but preferred the ribs if I went back (which I will next time I travel in). The green beans and bacon were fabulous and really enjoyed the corn pudding as well. Reasonably priced for bbq.

First Watch specializes in delicious creations freshly-prepared to order. Their fresh, award-winning Breakfast, Brunch and Lunch dishes are made using only the best ingredients without the use of heat lamps or deep fryers. The best part is their creative menu features traditional favorites like omelets, pancakes, salads and sandwiches.

I have been to First Watch many times for breakfast over the years and it is consistently a good choice. We went recently for breakfast with our grandson and had a nice outing. The environment is friendly and the staff are competent and helpful. I had the smoked salmon frittata, which was flavorful. My grandson had a children's meal of a waffle and fresh fruit. He ate the whole thing and enjoyed his chocolate milk as well. My husband had an omelet with toast and home fries, which he found filling and tasty. It is a little different then some breakfast places as it focuses on healthy choices, which we appreciate.

Met friends for lunch. There's no lunch menu which was disappointing. Food was tasty but pricey. Kids meal of hamburger and fries was expensive for the amount of food received. This will be a dinner only and occasionally.

We visited Ritter's Frozen Custard after hiking at Clifton Gorge Nature Preserve. What a treat! We each tried something different--my husband had chocolate malt frozen custard, my sister had a "monkey in the middle" (strawberry and banana sundae) and I had a hot fudge sundae with toasted pecans. Each one was delicious. They have a separate window for ordering and a separate window for pickup, which keeps things moving smoothly. Service was fast and friendly! They also have a drive-through, but we chose to sit at one of their tables out front and enjoy our treats! If you are in the area, we would highly recommend Ritter's!

We are fans of La Columbiana Cuisine, and know that this restaurant will provide an authentic Columbian experience.

For those who enjoy a variety of Ethnic dining, we are aware that the Greater Dayton Metropolitan Area provides a plethora of venues.

Mom and Pop dining is usually a great choice, and we know how hard the owners strive to provide a great selection of Columbian dining.

We arrive and the cook explains that the server is “off sick.” In minutes David arrives to lend his commanding presence to the dining room, and there are numerous tasks to be completed.

Soon David has greeted and seated a full dining room, and the cooks are very busy.

As is her wont, my wife chooses the Columbian cake for her appetizer.

She dines on Bandeja Paisa, which is shredded pork, pork belly, sausage, eggs, pinto beans, white rice, plantains, arepita, and salad. She asks for a to go box as well.

I select the Chuzos –Pinches and am delighted. 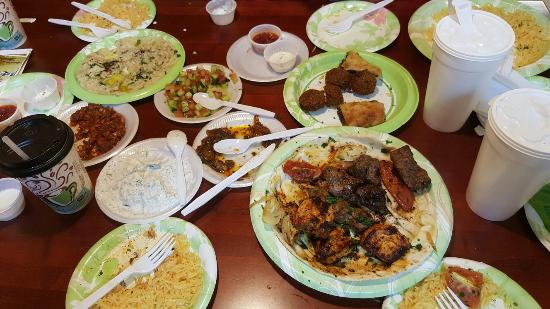 We have family in the Dayton/Fairborn area and we all enjoy eating at Yaffa Grill, either for lunch or dinner. The food is always excellent with very generous portions. The restaurant itself is spotlessly clean and the staff is very, very kind, particularly with small children in our group. 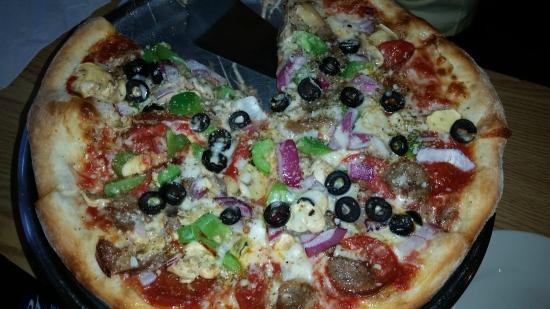 Saw this place and decided to stop in for a late lunch one day. I must admit their trio was out of this world. Now they are the same when it comes to Italian Sausage it is never the good spicy too bland.