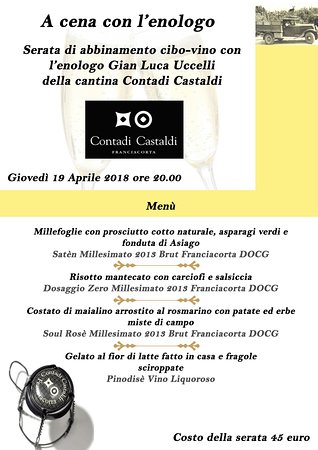 A warm greeting from friendly staff. Modern interior and cool atmosphere. Easy to read and reasonably priced menu. We had the fresh pasta to start followed by the local speciality in the tittle with polenta. Excellent desserts. All together a great eating experience. 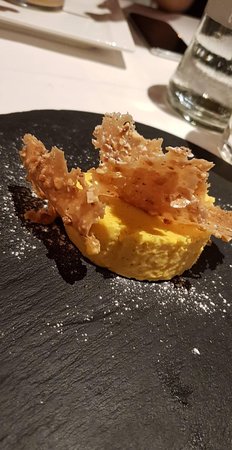 Reviewed By Joseph A - Alexandria, Virginia

We stayed in Abano Terme for a week and we very happy with our experience at the restaurant. The menu had many sumptuous offerings, including many pizza options. My colleague selected the Europa pizza and was very pleased. It was a very large pizza, so there was much to take home for a future meal. I ordered a steak and it had both cooked spinach and small potatoes as side dishes. The taste and display were excellent, and again the portions huge. I also order a side salad (small); it was massive as well. Together, we also asked for two glasses of the house red wine and a large bottle of mineral water. Our entire bill was very very reasonable and pleasantly inexpensive. The couple next to us (from Germany and Norway) were very pleased with their experience as well - telling us how they come back to the restaurant every time that they are visiting. I would recommend this restaurant to all visitors - it is one of the only restaurants with a rather extensive menu that opens at 6:30PM! 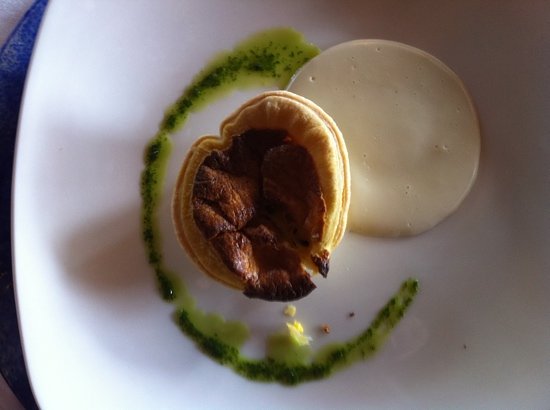 Just didn't quite do it for me. Nice room. Food was OK but not up to the promise of the menu, The staff were pleasant enough but we felt not that keen. A reasonable restaurant suited for footballers and their wags. 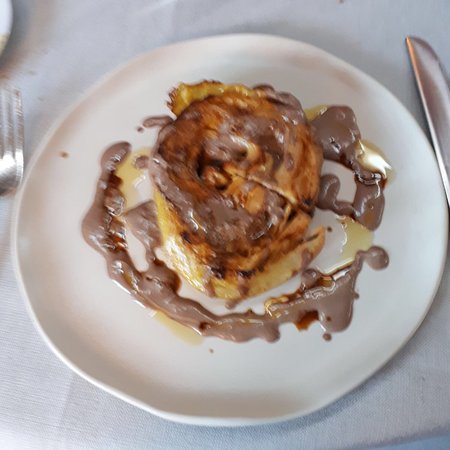 Proof that simple, traditional, vegetable-based dishes can hold their own in the Michelin guide, La Montecchia has maintained one star since 2009. The menu is 85% vegetarian, but also includes Alajmo family classics like Erminio&apos;s steak tartar. The wine list contains over 600 bottles, over half of which are available by the glass.

I was looking for a great local restaurant for dinner on a Valentines Day and this restaurant really seemed to fit the bill as a sister restaurant to one of the best in Italy.
It's relatively easygoing once you work out you park in the golf course car park and then it's a short walk into the club house and then upstairs. We got a good reception, our coats were hung up and were soon being shown into a lovely large dining room. We were first in but the restaurant soon filled up. The decor is exposed roof beams, exposed brick and the tables were arranged round a central area where the waiting staff store water, wine, cheese etc. tables were a good space apart.
The menu is made up of a couple of tasting menus and then a la carte with about 6 choices of each if the 4 courses. We chose to skip the antipasti to start with a pasta course - which the waiter wasn't too impressed with but we wanted to save space for dessert. The wines list is on an ipad and there is a good selection and lots of wines by the glass too.
The food was very good overall - I'm not sure it was Michelin Star quality but we enjoyed it all the same. Our pasta dishes were both very well cooked and presented - my wife's with lobster and mine with duck. For main I had the ribeye steak which arrived to the table in a smoking box and was sliced up for me - great flavour with a bit of smoke. My wife had langoustines which were nicely prepared in a tempura style batter with a dressed salad.
We both chose the chocolate fondants with rum and raisin ice cream which ended the meal off nicely.
The meal cost €198 for the 2 of us which for the location, service and quality of food felt good value.
For the right occasion this is a nice restaurant and we will certainly be back. 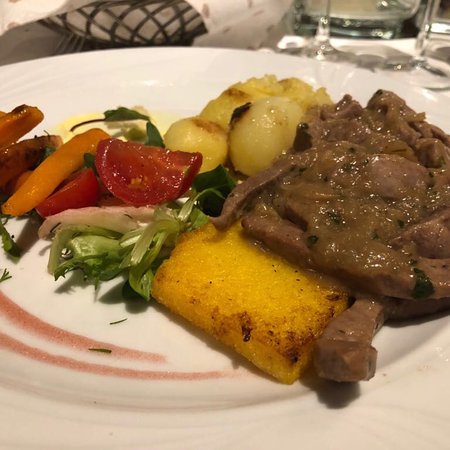 Very warm welcome, and English spoken and the menu also in english, ordering was easy, starters and mains, food fantastic and good size portions. Excellent specialist Italian beer 'Dolomiti' . Not too heavy on the wallet. Overall I would throughly recommend this restaurant. 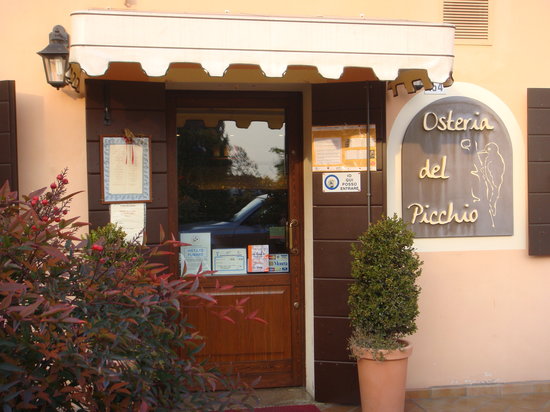 Went there with a friend. Didn't know the place at all.
I had the onion pasta that was absolutely delicious, the tagliatelle ai piselli (green peas), tortino di patate viola (purple potato) and for dessert the sfogliata con frutti di bosco (pastry with red fruits).
The service was impeccable and the wine advised by "the house" was very good.
I have to go back to try the rest of the menu 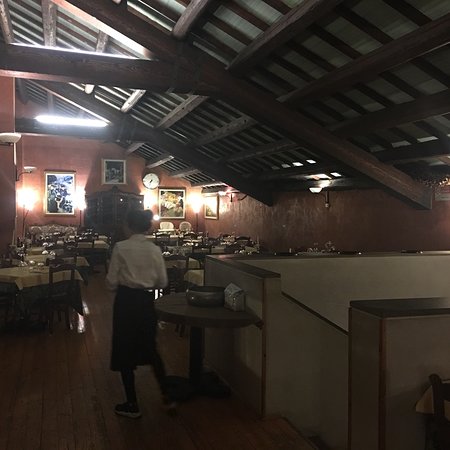 We recently ate at this restaurant
Our starter of courgette flowers stuffed with sea bass was wonderful
Followed by purple gnocchi with sea food and tuna with liquorice and fennel were both superb
Dessert not quite so good, chocolate cake a little dry, needed some ice cream with it
All in all would highly recommend 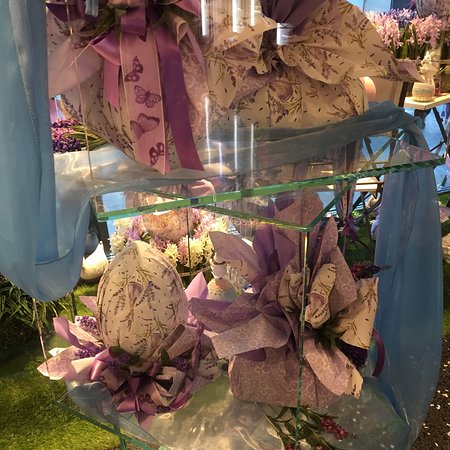 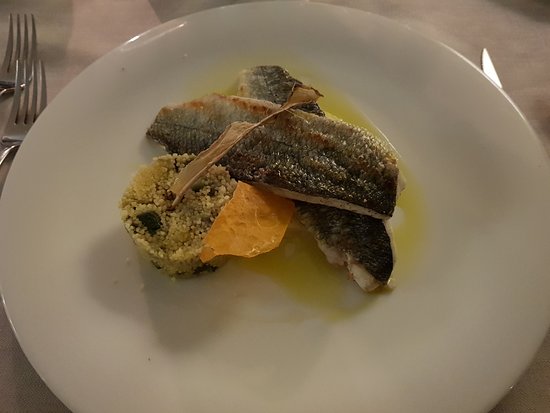 This is the best restaurant I have EVER eaten in here. The food is delectable the service is impeccable and the ambience is perfection. If you are in Abano Terme you MUST eat here. Try the octopus in sauce, crab mix salad, scampi, and scallops. And the tuna tartare, so amazing! 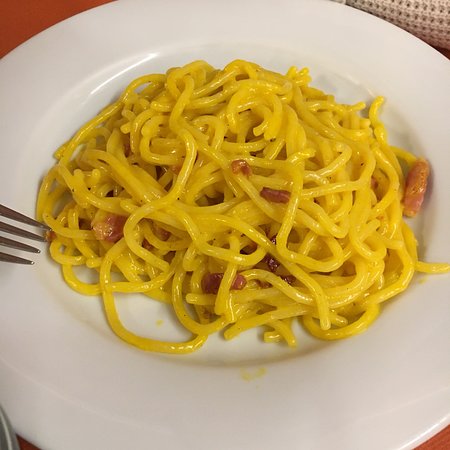 We only had antipasti and 4 pasta. These were just good, pastaperfectly cooked but we were definitely not blown away. At home, I prepare my pasta myself and sorry for the cook, but that's al lot better. If we return it'll be to taste the meat. Not expensive.