Lecce (Italian: [ˈlettʃe] ( listen) or locally [ˈlɛttʃe]; Sicilian: Lecci, Griko: Luppìu, Latin: Lupiae, Ancient Greek: Λουπίαι) is a historic city of 95,766 inhabitants (2015) in southern Italy, the capital of the province of Lecce, the second province in the region by population, as well as one of the most important cities of Apulia. It is the main city of the Salentine Peninsula, a sub-peninsula at the heel of the Italian Peninsula and is over 2,000 years old.
Restaurants in Lecce

... and caffè leccese. The baroque architecture in Lecce’s historic centre is wonderful. The most impressive way to enter the old town is via one of the historic gates. Porta Napoli or Porta Rudiae on the west, Porta San Biagio on the east. Entering the old town from the Porta Rudiae takes you directly to the Piazza del Duomo, for the Cattedrale di Lecce with its double facade and five-storey campanile, then onward to the Sant’Oronzo Column, a Roman column topped with a bronze statue of the city’s patron saint and the sunken Roman amphitheater. Don’t however leave it at that! Take your time to amble through the narrow streets of the old town, crossing from the historic gates that allow you to enter or leave. The great thing is that you can do it all in an afternoon, with time for some aperitivi and dinner, although more time is recommended. Be sure to stop off for Lecce’s most famous pastry, the pasticciotto, a crumbly pie-type pastry traditionally filled with an egg custard, though sometimes with jam, Nutella (of course) or crema di pistacchio or a mix of these. Take it with a caffè leccese - another Puglia classic. A shot of espresso served over ice and with almond “milk” (it’s actually an almond syrup). The old town is packed full of good restaurants and busy bars. It is where we go to shop, with some of our favourite boutiques (there is no concept of "high street" here). 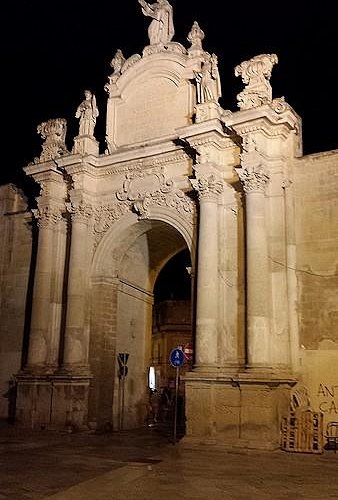 A beautiful entrance to the city, it was erected as a monument to Charles V who protected and increased the defences of Lecce. We took a 'Little Train Tour' with an audio guide which takes in all the sights of the city and gives you time to photograph and learn a little of the history. 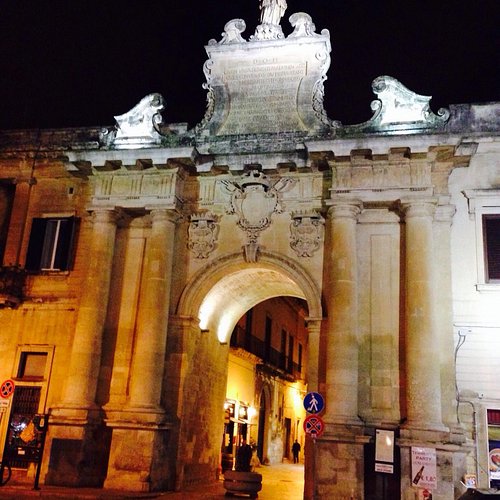 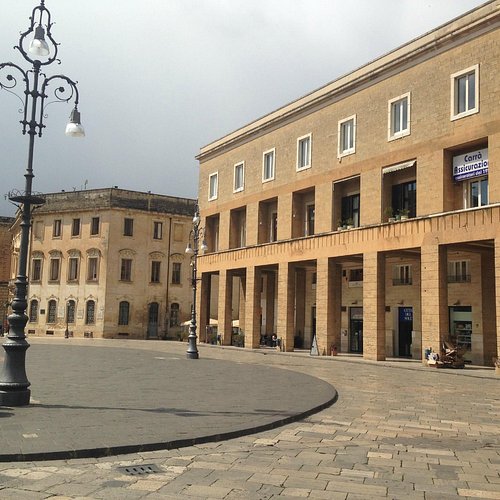 Whilst this isn't the square with the duomo, it somehow feels like the centre of the old town with lots going on. Tourist information is situated by the central ruins. 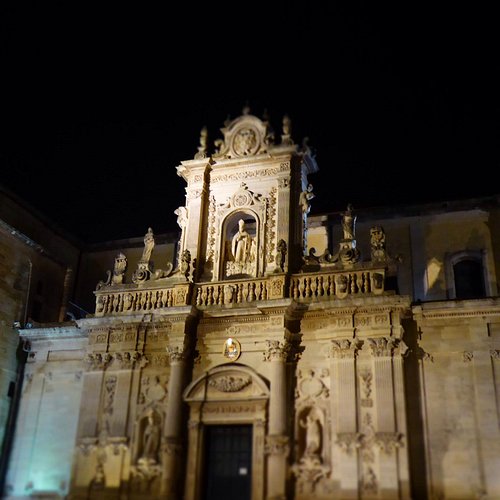 If you are in Lecce, you have to walk through the old town and reach rhis square (Piazza Duomo). There is a cathedral and a diocese palace. They have built in tuff, a particular rock of this area. In the diocese palace there is a museum, but for the entrance at the museum and cathedral you have to pay. anyway enjoy the atmosphere of this square.