Discover Restaurants offering the best Dutch food in Nunspeet, Gelderland Province, The Netherlands. Nunspeet ( pronunciation (help·info)) is a municipality and town in the central Netherlands. It has been an agricultural site since prehistoric times. The municipality contains a number of villages, namely Hulshorst, Elspeet, and Vierhouten. Nunspeet has a vivid historical foundation, called Nuwenspete. In 1973 Nunspeet became a separate municipality after having been part of Ermelo before.
Things to do in Nunspeet 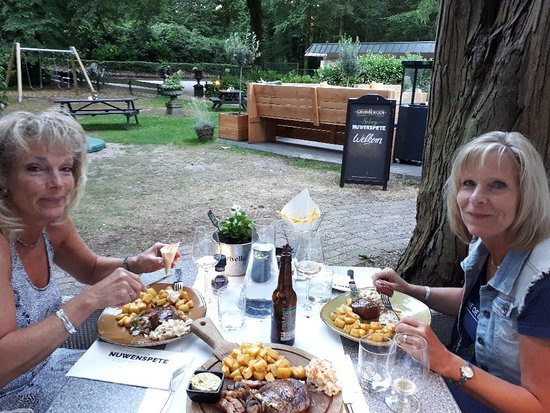 This restaurant has changed owners and has a good new mix. The atmosphere is delightful and the staff fast and attentive although all very young. The food is not that special but still good. The combination of simple good food with a more than average environment makes it a success. 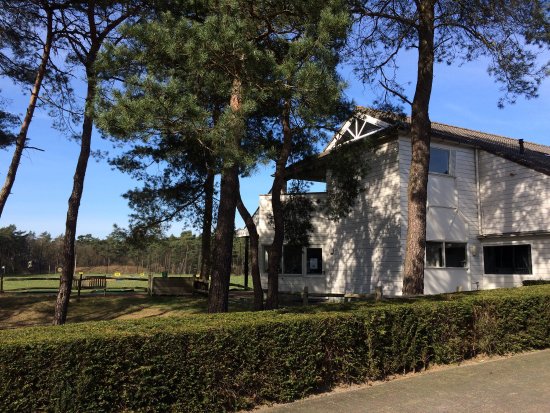 It is always nice to play here, beautiful surroundings, challenging narrow fairways, friendly people at the proshop and restaurant. Good value for money! 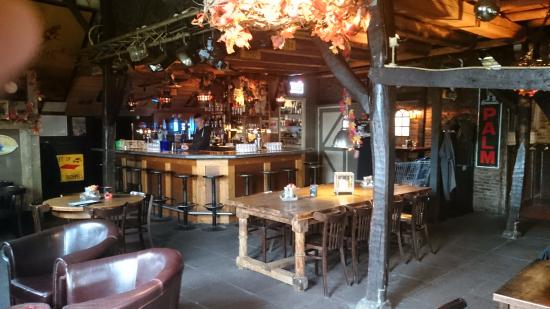 After receiving real bad news on a close friend and reading only lousy reviews on Nunspeet restaurants, we went out for low-riks chinese food but ended up in this friendly looking 'eet cafe'. A promising 'belgian stoofschotel (stew)' attracted our attention, and it was more than OK: the friendly staff, the properly served beer, the perfect stew, no pushing on drinking more, all in all: this is Dutch hospitality as we dream it could (and should) be but so rarely is... 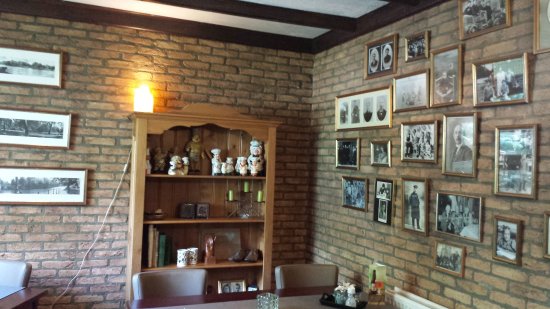 During our stay at Villa Vennendal in Nunspeet we came across this gem! After a disappointing experience at the Hotel's restaurant both at breakfast and dinner, we were looking for a different venue to enjoy dinner. And voila, just across the road, at a few minutes walk from the hotel, we found restaurant Joris! This turned out to be popular place and it was packed on Saturday night. Service was very friendly and even though it was busy we were not rushed and the waiter took the time to have a nice chat. The menu is extensive and has something for every taste palet, and at reasonable prices. Each of us ordered something different and each meal was excellent. A very good dining experience! 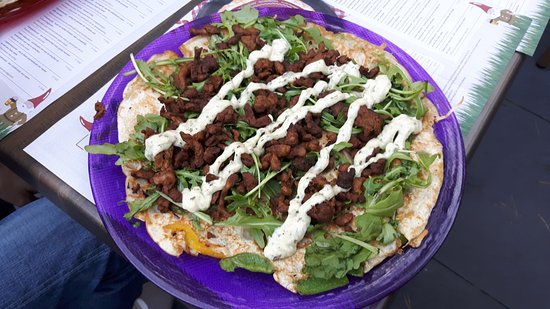 We held our family reunion at the "boskabouter", mainly because it was a central point and most of us were born in Nunspeet. I read the reviews, most of them complaining about the speed of service. We were with 14 in total and none of us uttered such complaint. As a matter of fact, tables were set up inside, upstairs in a quiet area, but because of the wether (sunny and warm) we decided to sit outside on the patio. Not a problem. Staff helped us putting tables together and setting up an umbrella. They were young (late teens, early twenties) but very experienced, helpful and attentive. Drinks and food arrived promptly. We couldn't have wished for a better staff. Everything went perfect!!!!!!We (late) lunched around 2pm on a Sunday, a not so busy time. I would suggest calling the restaurant beforehand to inquire about the number of expected guests. Only so many pancakes (it's not just pancakes on the menu) can be made in a limited time and when they come to your table they are excellent.Attached is a playground for children, so expect some "high notes" when delving into your pannekoek. It's a family restaurant after all. Prices are very decent.I wish them success. 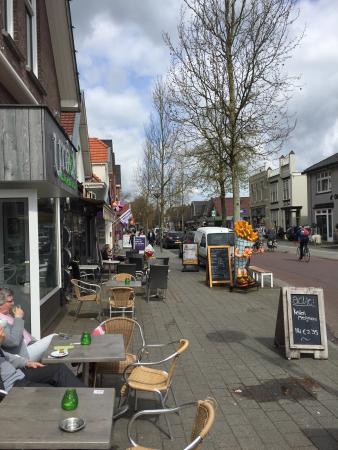 Food here is great, prices match that also. The quiche is so delicious I have gone 3 times for it.. The girls there are also super nice and they even have a nice place place for the kids, and free wifi if you need to get work done! Alot of the food is healthy and organic or farm fresh. Worth a trip.

I have been here twice with my friend in the past 6 months. Twice we enjoyed a perfect lunch. We tried out most of the types of 'uitsmijters'. All very very tasty, good bread, three fried eggs, accompanied by good salads. Staff is great and helpful. 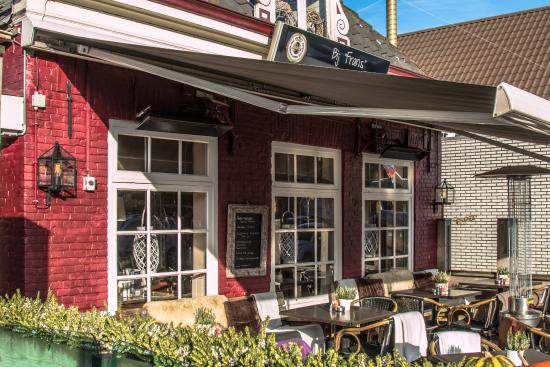 At the last moment we decided to go out for dinner and Frankâs was the choice. We decided to sit on the patio. My sister enjoyed the French Onion Soup and a delicious salmon filet. I decided on the Brie soup and pork slices in a mushroom sauce. All absolutely delicious 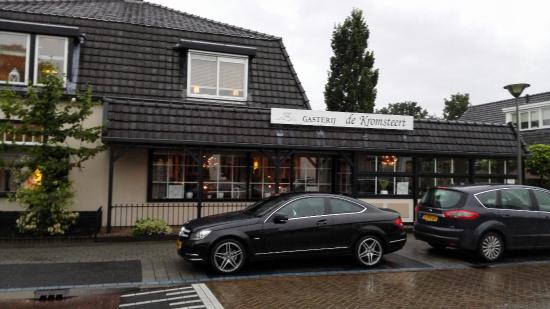 This elegantly decorated restaurant offers seemingly interesting "surprise" menu options, but as I had but an hour to finish my dinner, I chose to take the main course of pike perch (zander) only. The fish was fresh, but came with dry-as-dust oven-fried potatoes. The accompanying wine was OK.Service was correct and friendly. The bill including mineral water and coffee came just over 30 EUR.Next time I'll take the surprise menu.

Top 7 Things to do in Nunspeet, The Netherlands 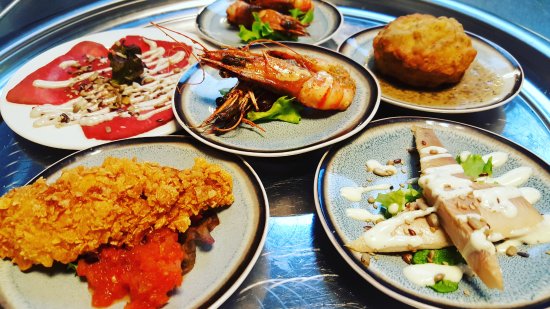 Prima, in Dutch, means "excellent" and that it was. We decided to go out for dinner and Prima was recommended. The small menu offered a nice combination of Dutch fare. We were intrigued by the "surprise" menus, offering 3,4 or 5 courses. all three of us settled on the 4 course offering and we were not disappointed. From a wonderful offering of Steak Tartare to creamy asparagus soup (perhaps the tastiest I have ever had) and a delicious corn fed chicken offering we enjoyed a leisurely dinner. The service by our waitress was delightful and un-rushed. No doubt we'll be back before we return home, even if it is just for a drink and some Bitterballen.

Where to Eat in Nunspeet: The Best Restaurants and Bars