Find out what British restaurants to try in Wakefield. Wakefield is a city in West Yorkshire, England, on the River Calder and the eastern edge of the Pennines, which had a population of 99,251 at the 2011 census.
Things to do in Wakefield 9. Marmalade on the Square

Tea room/coffee shop selling speciality teas, home baked cakes and scones along with hearty soups and sandwiches which are made with artisan breads. We are also a gift shop selling home-wares, gifts, Annie Sloan paint and vintage furniture.

Me and my mum had afternoon tea here and it was lovely, the food is lovely served quickly and it was a very nice and clean environment, the staff are very friendly, would definitely revisit and recommend

Went to this busy pub for Sunday lunch. Fortunately got there early as a lot of tables were booked. Decent menu plus pork or beef Sunday roasts. Our pork roast and brisket mains were delicious with lots of tender meat, a good array of vegetables, altogether a filling meal. Service was good too.

A mixed review. The rump steak was fabulous.Tender and exactly medium rare as requested. This at Â£8.49 (Monday offer) was excellent value. Fries however were luke warm. The other main, halloumi with vegetables was strange. Taste was ok but clumsily presented; no finesse. My starter was terrible; sweet potato koftahs. Over processed frozen food.The mushroom starter was ok. Also didnât have the small 200ml bottles of Prosecco so didnât bother with the by the glass which at nearly a fiver for 125ml is expensive. Possibly should have offered 200 ml for the same price? Sadly canât give above average for the whole. A shame as itâs a lovely venue. Will be back but will give it a rest for a while. Thanks for taking the time to let us know how we did. Have a great day! 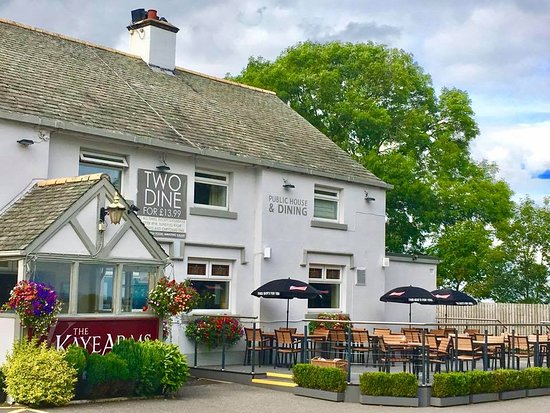 Charming rural pub offering excellent freshly cooked to order food and a fabulous range of drinks including Cask Marque Yorkshire ales and wines from award winning vineyards. Booking highly recommended as we do get busy every day. Thanks

Popped in early evening Sunday on way home from London, not been for a while but it didnât disappoint. I forgot how cosy and warm and friendly this pub is. Service very good and restaurant busy. Quite a few offers on ie one course Â£9.95 and Sunday lunch Â£9.95 but the great price didnât impact quality of food. Food fantastic as always - really enjoyed it. 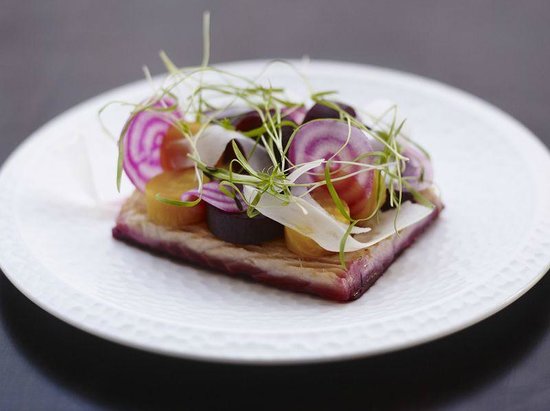 Booked for a large-ish group (12+). The food was really excellent with some unusual, creative choices. All freshly prepared from local ingredients where possible.The service was of a high standard, all staff were very efficient and friendly.Would definitely recommend a visit. 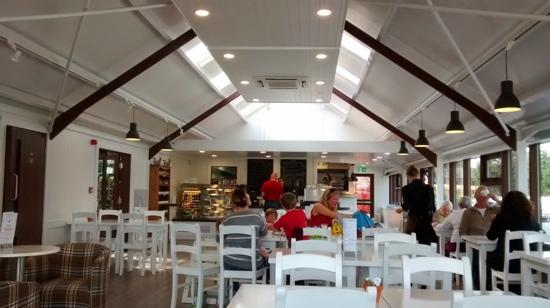 I've been here on several occasions previously, though albeit not for a year or so. On a rare day off, I decided to treat my wife to lunch as we'd always enjoyed going there in the past (it's the other side of Wakefield to where we live, so a visit necessitates a 16-mile round trip). We arrived today to find the place not too busy, so were seated immediately by a pleasant young lady.The table we sat at initially was very tatty, and we were in a corner, so we moved to a more central position. As I approached the counter to order, a man walked back to his table and the young lady at the counter held out an outstretched palm towards me (which I consider rude in itself), saying "Just a minute. I'm still serving that gentleman". I let that go without comment and ordered our food. The lady became more civil from that point on, and, to her credit, checked with me about my needs when I asked for gluten free bread. Now, I probably wouldn't have mentioned the above, thinking that I was being a bit over-sensitive and out of touch, if the meals had been great (as they had always been on previous visits), but when they came, both looked pitifully small when it's noted that they cost approximately Â£10 each. Also, my plate was cold, so what food there was did not stay very warm. I like to be as fair and honest as possible in my reviews. If I have any issues, I always raise them with the staff at the time of my visit to give them the opportunity to address my concerns. In other words, I don't pretend that everything is fine, then vent my spleen on Trip Advisor. So, when a very nice waitress came to clear our table and asked if everything had been okay, we politely told her what we thought. i.e. That the portions served did not reflect value for money. She was very understanding and went to speak to the chef, returning shortly afterwards to inform us that the chef had stated that "the portions have always been the same size" (though a cursory glance around showed that other diners had much larger amounts on their plates, and my wife had had the same meal previously - open steak sandwich, and where before she had had it on a large teacake, now it was on a small slice of bread). The inference was that we were simply awkward customers. Well, chef, you may be right or you may not, but I wish I'd taken a photo now of my gluten free pastrami sandwich as evidence. So, I'm afraid the only people we were at all impressed with were the lady who originally seated us and the waitress who spoke to the chef. I really don't like putting less than positive reviews on this site, but the response of the powers-that-be at the Seed Room was very disappointing. 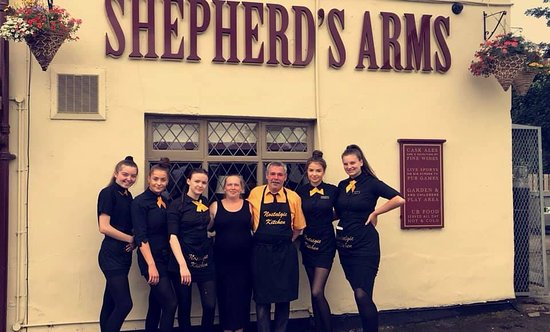 We would like to let all our new and old customers know that we are moving to the shepherds arms on the 30th April, we will be open for food on the Wednesday 1st of may and hope to see you there. Good old fashioned food in a family friendly pub.

I have kept on looking at this place on TripAdvisor and kept saying we need to try it,,, wow thank goodness we did!!!!WoT flavour. Fantastic!!!I cannot wait to go backItâs like food granny cooked but better no ready meals at this place my new favourite place I will recommend it to all my friends. If you like good home cooked food then tryGet a table xx

What to do and see in Wakefield, United Kingdom (UK): The Best Places and Tips 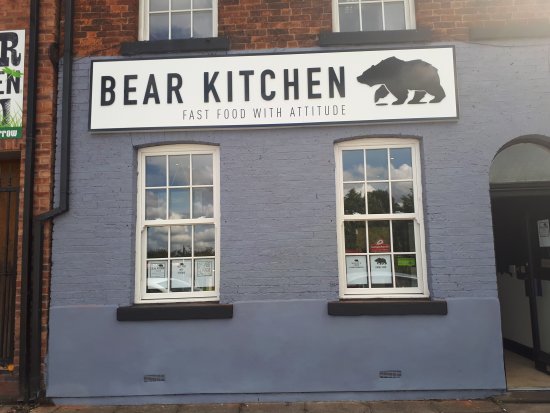 Bear Kitchen. Fast Food with Attitude. Honest, ethical and quality fast food We have a small number of eat in-tables available, as well as an extensive takeaway menu that is available to collect or be delivered (through the Deliveree app).

If you want the perfect experience from start to finish then look no further than this hidden gem. ( Itâs not size what counts itâs how you use the space, if itâs busy itâs 100% in your interest to wait for a table or have a takeaway. The passion from the staff about their products bowled me over & when the waitress explained anything on the menu can be rearrange & make your order bespoke. WOW ( My Wife fancied pancakes with syrup & crispy bacon the chefs went out their way to make them for her, this werenât even on the menu.... ) Absolutely blown away !!!! The food looks good & tastes amazing & thatâs an understatement.The service is excellent attentive & friendly, plus the atmosphere was made even better with the back room team were sing so cool.Itâs mid priced & thatâs for the customers benefit, if this establishment was in a major City you would pay at least double. ( We definitely would !!! ) 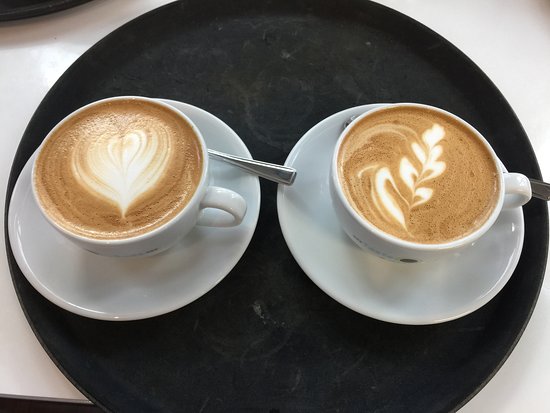 Taste Buds @ the station is a modern independent coffee shop located in the architecturally wonderful Wakefield Kirkgate station. We pride ourselves in serving quality food and drink. Our coffees are hand crafted by our brilliant baristas and everything a

Well itâs not often that I use Wakefield Kirkgate Station but when I do I will get there early !!!This cafe is the absolute best cafe that I have eaten at in sometime. The coffee is exquisite, the back sandwich is the best I have had in years. Great ingredients, clean, comfortable and with excellent service.An absolute gem !!!!