Top Things to do in West Des Moines 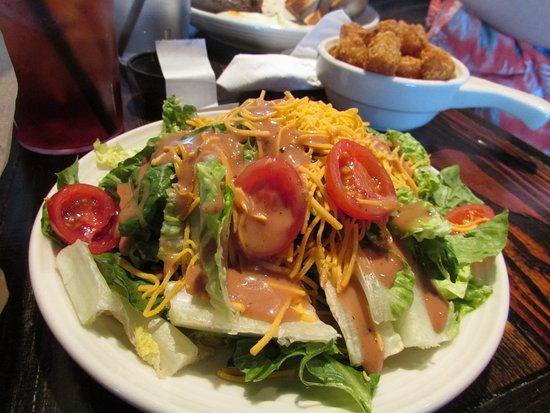 Our party of four had different meals which were OK, but not outstanding. My All-American hamburger didn't particularly tasted good. One of our group had the baked alfredo pasta which was better than my burger. Another had tacos and they were probably the best of everyone's. Nice selection of tap beers. We were glad we sat in the patio area (covered) because the live music was extremely loud which made carrying on conversations VERY difficult. Our waitperson was good. I'm hesitating returning. 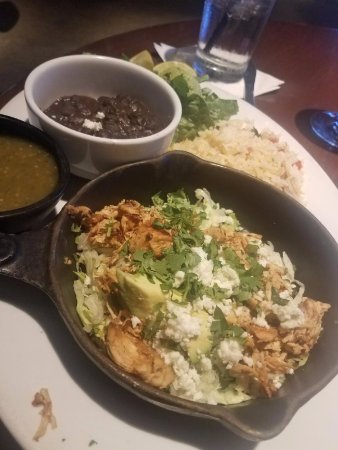 Eat. Drink. Be Happy. What does it take to be a regular at Bar Louie West Des Moines? An enjoyment of the craft and the desire to experience something out of the ordinary. From our Chicago roots, we've always known that having a comfortable place to hang

Stopped for lunch on a Sunday after shopping with my daughter (at 3pm). The Saturday/Sunday brunch offered ends at 3 and the brunch crowd was winding down. We easily found a high top to seat ourselves at. There were plenty of sports options for viewing on the TVs over the bar. The noise level is not unbearable and we could easily talk to each other. We each had a strawberry sangria while we looked over the menu... white wine with strawberries and oranges was very springlike and refreshing. I ordered the grilled vegetable flatbread. It is a different take on a veggie flatbread with artichoke hearts, cauliflower, cherry tomatoes, radishes, spinach and onion with cheese sauce. It was absolutely delicious and the serving was more than I could finish. My daughter had the chicken California club... a grilled chicken breast with avocado, bacon, lettuce and tomato sandwich on multi grain toast with tots. The sandwich was more than filling (allowing her to take half home) and the tots were perfectly browned and crispy. The prices are reasonable and in line for portions and quality of food. Sangria $10, sandwich and flat breads $12 (bill with tip for two $50). The company, the atmosphere, the food and drink.... all made for an enjoyable afternoon. They also have a tremendous happy hour weekdays 4-7 which was advertised on the tables with drink specials and half price flat breads and apps. Definitely worth checking out! 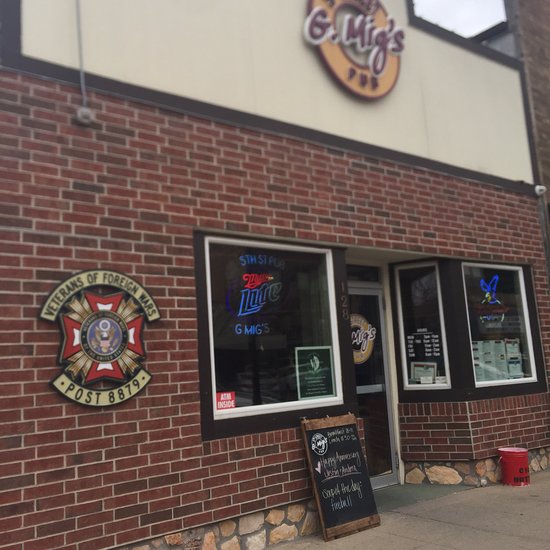 If you have never been to G'Migs you are missing out on one the best places in West Des Moines. Everyone of the staff members treat you like family. They offer great lunch and dinner specials. They are creative in their specials and take great pride in what they do. It is a great place to enjoy Iowa Hawkeye football and basketball as well as other teams.The restaurant is very professionally decorated for the holidays. Try and make this one of your stops as you will not regret it!!! 5 star in my book. Keep up the great work.Leo Kirk

Where to eat Sushi food in West Des Moines: The Best Restaurants and Bars

A friend and I were meeting up and were having a couple appetizers with our conversation. The server interrupted us several times to impatiently taking our order, so we just decided to order after the 4th visit in a short period of time. Following that, was are you finished and here is your check. Oh, can I take that now? The food was fine, and I understand the server wants to make as much money as possible. When the patron lottery yields a small tab, such is life. If one is treated well, one may return at a later date for a complete meal. That is unlikely to occur in this instance.Thanks for taking the time to share this feedback on your visit. Rest assured we know a good time can't be rushed, and I've touched base with our team about your review to ensure we're always putting our best foot forward. We'd love another opportunity to show you the outstanding service we're known for in the future.All the best,Dave, Owner 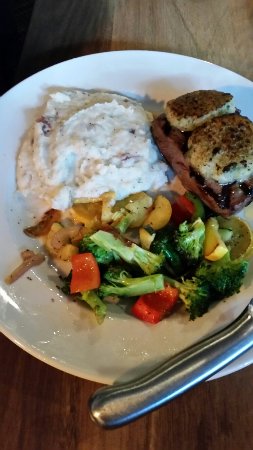 We stumbled on this place on Labor Day as it was the only place open! So glad we did! Their Mediterranean Pizza is hands down the best pizza I've ever had (And I've had it all over including Chicago and New York). They also have an amazing Bruschetta and great cocktails. Sunday's are half price pizza 2-5pm so check them out!

Dine on your favorite sandwich or try something completely new for lunch at Fire Creek. Since 2003, we have served a wide variety of delicious dishes in West Des Moines, IA.

We had a group of eight for dinner and Susan was wonderful! Our table was near a fireplace, which was nice. An extensive menu that includes appetizers, salads, pasta dishes, seafood, meat, etc. Also, a nice drink menu. I had the Grilled Lamb Loin Chops with sour cream and chives mashed potatoes. It also came with a salad. I had the creamy garlic Parmesan dressing for my salad (dressing is served on the side) which is exceptional. The entree consisted of three chops grilled to perfection and very tasty. Mashed potatoes were also good. For a cocktail, I had the Strawberry Amore Martini - excellent! 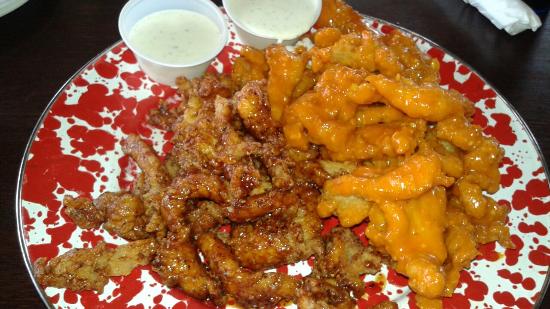 Visited this location last week for dinner. Sat at the bar where they have an excellent selection of local and other tap beers while we waited for a table to eat. The staff from the hostess, bartenders and wait staff were all friendly and attentive. This followed up with some very tasty food. Lots of selections that all looked great. 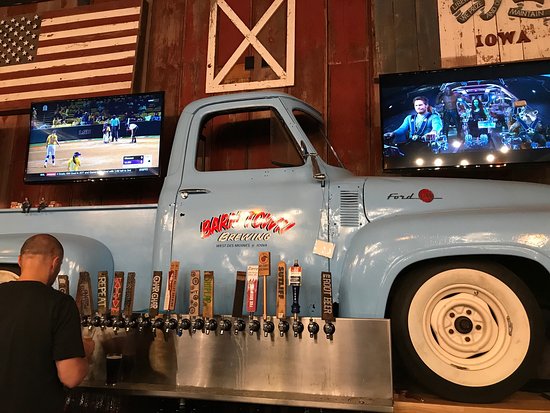 There is nothing extraordinary about this property except, possibly, the slipperiness of the inside floors. They were kind of scary, actually. Our server was great, and attentive, but the food was mediocre. My omelet was dry, a burger was overcooked, etc. Probably won't return. 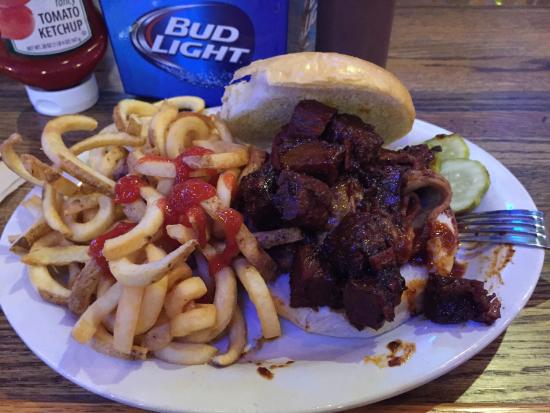 I could barely eat a quarter of the half of chicken. No smoke flavor, they must use a salty rub VERY salty. Totally uneatable. The baked beans were bland and the coleslaw had a weird wang to the flavor. Husband had the Prime Rib melt and said it was OK, but he wouldn't go back. 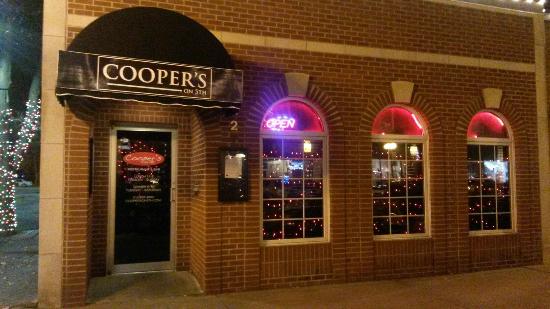 We ate here on a recent business trip. The tomahawk pork chop was good. The service was very good and attentive. I would come back.