We were visiting family and when it was time for dinner everyone said let's go Chinese. Lin's was the closest so we decoded to give it a try. We started out with hot & sour soup which was good. Then I got bird's nest which was filled with seafood and delicious. My wife got chicken & vegetables which was also very good. Our friends shared a moo goo with fried rice. Again delicious. This was Chinese Food the way you like it and we did. Our server was very friendly and the service was very good. She even added a nice touch when she brought the bill and gave us a plate of orange slices. We would go back. 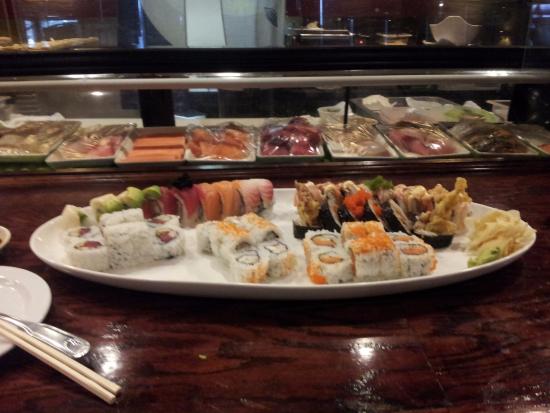 Had dinner with my business team on a Tuesday night. Wasn't crowded so we were able to hold conversations without yelling. There was some confusion with our orders, but once the food arrived, everyone was happy with their meals and the service. We had varied means; sushi, steak, salmon, lobster, shrimp, etc. There were no complaints. The price was very reasonable; with meals and drinks, it averaged out to about $40 per person. Worth a visit. 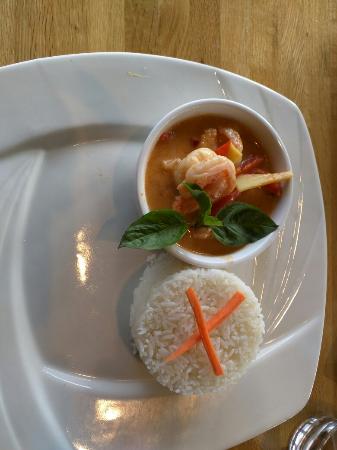 Stumbled upon this little place and made a happy discovery! It looks pretty typical Chinese/Thai restaurant but between flavor and service; it's a cut above!Spicy Basil Noodles w shrimp (HUGE shrimp! No hunting for them here!) was not too spicy - just right! The Chinese fried rice was also excellent.For an appetizer they brought out the coconut soup - which I think is pretty plain - it was very tasty here! It was pretty inside the bowl and even though it wasn't a huge bowl, it was just right! We all went home full! The service was EXCELLENT, too. Fast, friendly but not hovering!We will return!

What can I say about this place, it was like literally being home for my wife and her family. The only missing was the wait staff did not speak Thai or Lao, other than that it was wonderful. The Pho, the ice coffee which my wife and family really enjoyed and had the giggles that latest far into the late evening, the atmosphere, the portion were large - only one size and one of my 'aunts' said that the Pho was actually too hot for her; which is very unusual for a Lao to say about any Pho dish. All in all there were five of us and we all ate for under $65.00 including tip. 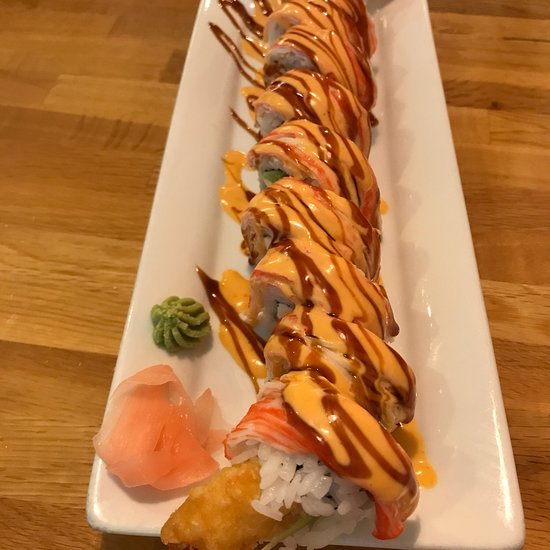 Stopped by here today for lunch with coworkers, and grabbed three different meals. One lunch special with their amazing miso soup, and two bento boxes. Everyone was very warm and friendly, and the service was very fast and our orders were perfect. They're priced very reasonably, and were packed when we went in to eat. Definitely will be back.

My favorite local restaurant by far. Today I had the Express Lunch Box which contained eight pieces California Sushi, Chicken Teriaki, Two pieces of Mixed Tempura, Gyoza Dumplings, Edamame and a choice of soup or salad. I chose the chicken soup which came with sliced mushroom. My daughter had a mixed platter of Regular Sushi and the salad that comes with a special dressing. The diverse menu offers much more than sushi. The staff is always cheerful and accommodating. Located at the Village Shops in Snellville, there is plenty of free parking. 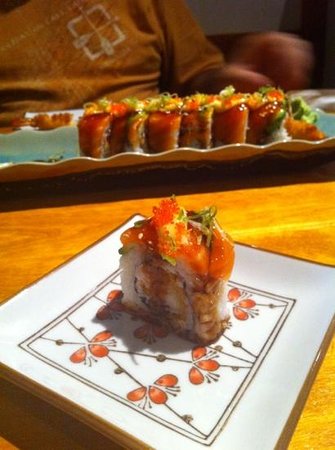 My boyfriend and I tried this place July 2nd. We walked in and the lady at the front was on the phone and just looked at us. Someone from the back came up and seated us. In the Hibachi area. There were only two other couples in the Hibachi area and no other customers in the restaurant. We were seated and it took about 5 mins for the girl to come back with the menu and take our drinks. The couple across from us we're getting refills on their drinks when we sat. We had assumed they may have already eaten. The waitress came back with our drinks and to take our orders. She then turned to the other couple and asked what they will like. The young lady had the expression on her face that said "Finally!"Okay to the Hibachi, they ask what kind of rice you'd like and all four of us said the fried rice is fine. The chef was not impressive with his cooking skills. He was "as expected" I guess. The sushi was not great and the habachi steak was bland. The fried rice was such huge portion it took up about 3/4 of my plate. I couldn't eat half. The bill comes and they charged us extra for rice . Really??? $30 for Hibachi per person and we still have to pay extra for the rice? Since when does Hibachi not come with rice??? For myself and my boyfriend, we each ordered Hibachi steak, fried rice, 2 non alcoholic drinks and a sushi roll ( I Can't remember what it was called but it was like $4-5) the total bill came to $87. WHAT THE HECK?!? Never again 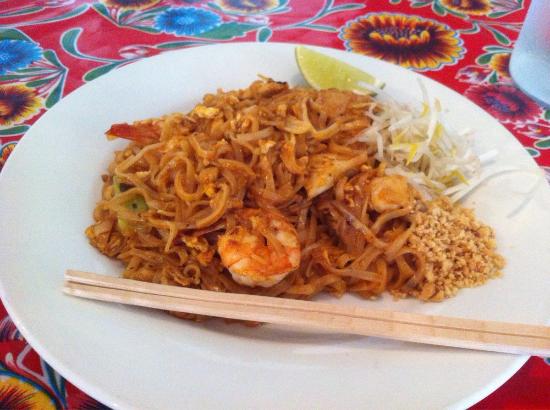 My wife ordered the massaman chicken, and I ordered the Rama V beef, and some egg rolls for an appetizer. All was delicious as usual, with the usual quick service. No wonder this place has been around 20 years. 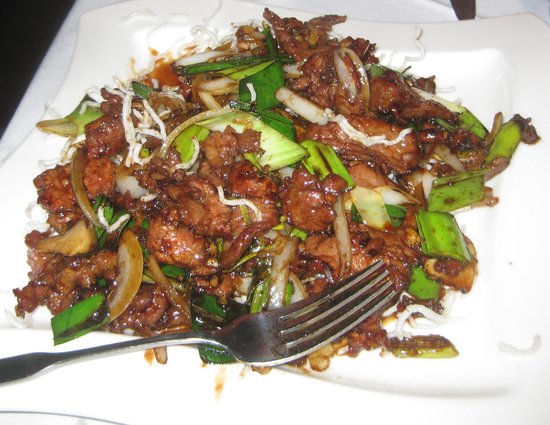 I have reviewed this spot over a year ago, but it's worthy of another review. This place is awesome! We placed a large order on a Saturday night for ourselves and additional guests. Everyone commented on how great the food was. And my step-father stated that it was the best Chinese he had ever eaten. He ordered the Mushroom Chicken. I had the Mongolian Beef (my usual) and it was amazing (as usual). Their food is high quality and the service has always been exceptional. We appreciate the good food and we will definitely be eating here in the near future. Give it a try - you won't be sorry!!

Having slogged around the Sugarloaf Mill outlet mall, this was a terrific place to stop for lunch. Great food, good service, and reasonably priced. I had the chicken Masaman Curry and hubby had the chicken Yellow Curry, both of which were excellent. We chose brown rice rather than white which was an extra 75 cents, but worth it. We found the portion size to be just right. The server gave us a fork each but was bemused that we asked for a knife each also - but we're English; that's how we eat!We would definitely go back again.