Tijuana (/tiːˈhwɑːnə/ tee-WHAH-nə; Spanish: [tiˈxwana]) is the largest city in the Mexican state of Baja California and on the Baja California Peninsula, located at the center of the Tijuana and the international San Diego–Tijuana metropolitan areas. As one of the largest and fastest growing cities of Mexico, Tijuana exerts a strong influence on local economics, education, culture, art, and politics. As the city has become a leading center in the country, so has the surrounding metropolitan area, a major industrial and paramount metropolis in northwestern Mexico. Currently one of the fastest growing metropolitan areas in Mexico, Tijuana maintains global city status. As of 2015, the city of Tijuana had a population of 1,641,570.
Things to do in Tijuana 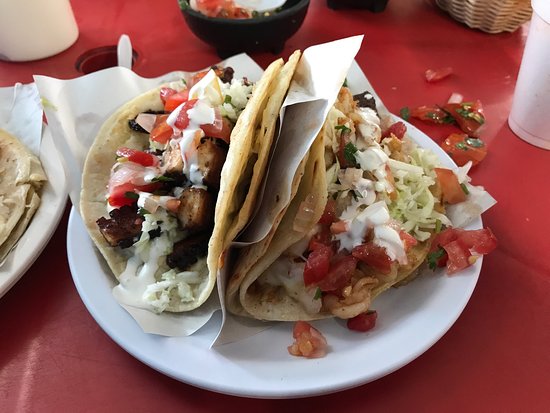 Mazateño is one of the best seafood restaurants in Tijuana,personally I like the food and taste of the dishes they offer,fish tacos,shrimp cocktels,fried fish or sarandeado etc.
Prices are very competitive also,the neihborhood is kind a complicated to get to but its worth it the efford to find it 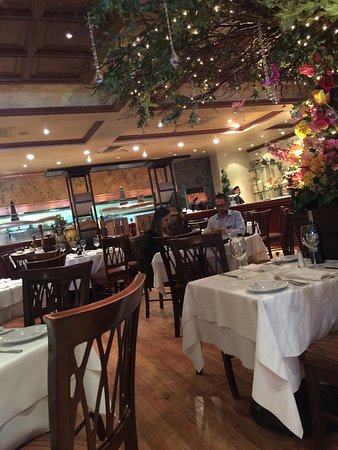 This place is an "Iconic" restaurant in Tijuana, it's maybe the "original jewel" of the Plasencia Cheff. The atmosphere and the food is good, the menu variety is good enough to find something new on each visit.
The restaurant can be frequently crowded, it's recommended to make an advance reservation if you are planning to have Dinner on Friday or Saturday night. The service is not the best, the last time it took me about 25 minutes since I request the check until I finish the process, and also the valet parking is slow. But if you are not in a hurry there will be no problem.
The bar is also a good spot to visit, you will find any drink and a "business atmosphere", is a good place to wait for your table. 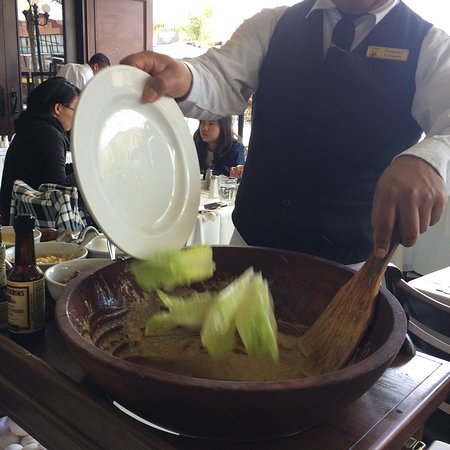 Reviewed By ELda A

We were there celebrating our anniversary
The service is fast and the waiters really friendly.
Food is absolutely DELICIOUS!!! Portions of the meals are adequate, piña colada oh my !!! Just perfect.
Is important to have a previous reservation if you are not willing to wait at least 30 minutes, they are usually busy (weekends) we got there a bit earlier than our scheduled reservation but they were very nice and have us wait by the bar. Valley parking is fast and the guys are very polite.
Thanks for the wonderful night 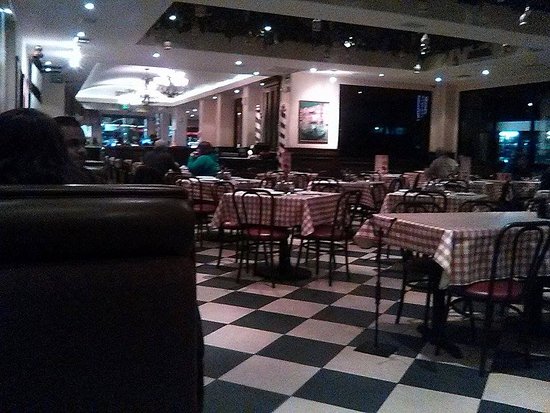 This restaurant is right beside City Express Rosarito hotel that I was staying at. Nice restaurant with fast food prices. I had the seafood marinara pasta dish which was very good, pasta cooked El dente only $7.00. Small personal pizza only $2.00. Pizza is okay, maybe the large pizza is better. Flan dessert only $2.00. Bohemian beer and cappacino only $1.50. Good, solid italian food for inexpensive price. 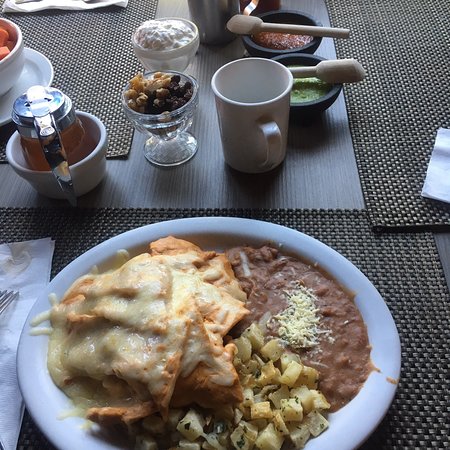 We came for Sunday brunch and it was packed as expected. The wait was around 45 minutes for our party of 7.
Their one page menu was limited compared to most restaurants, but the portions were generous, prices were reasonable, and food was solid. The menudo and posales were a hit at our table. The Machaca Ranchero was flavorful, but over-cooked. The tamales and chilaquiles tasted average, but the refried beans and potatoes were amazing. Their salsas, spices, and condiments were excellent. Our table was polarized with the coffee de la olla...some liked it, others hated it. To me, it tasted like watered down coffee with cinnamon and cocoa powder. It was definitely not an OMG moment.
We also ordered an entire tres leches cake to celebrate a birthday...it was huge, meringue like, and a bit in the dense side, but delicious nonetheless. They brought it out and sang to our delight.
Overall, it was a fabulous brunch and a great send off before going home. 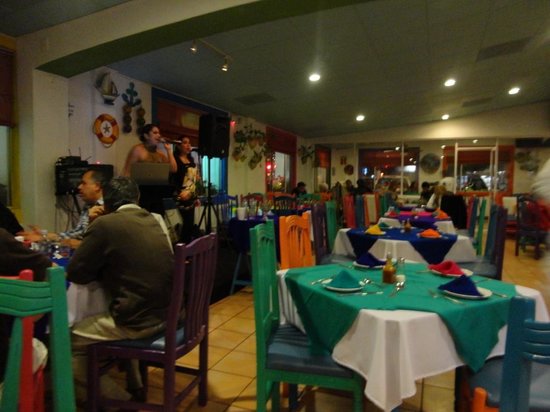 We had lunch last Saturday at Los Arcos. The bluefin tuna sashimi was very flavorful. The 2.5 pound red snapper butterfly style charcoal grill was very good. Also, the octopus ceviche was vey fresh. Los Arcos food must be the best in Baja. Thank you.Thank you for your comment. It´s very important to us to know our customer's experience in Los Arcos. We are pleased to know that you enjoyed the food. We hope to see you soon. 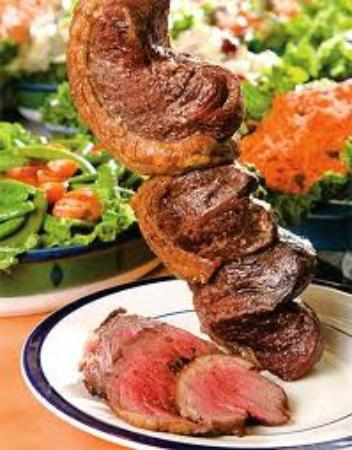 There are many "all you can eat" fine steak houses in many major cities. This restaurant was pretty good; but last time I visited it was a like a "market place diner"
Instead of regular tables and chairs; they place tables with benches and stuff them out very close to each other. It is no longer a nice restaurant; looks like a pub.
Food level has also downgraded. Too greasy and sometimes cold.
For the price; I would rather go to a more exclusive steak house and avoid the wait and the hassle of this crowded, piled out restaurant.
Very limited parking. 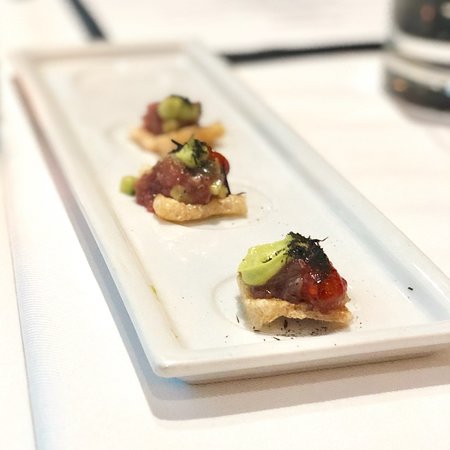 When we arrived we were given the cocktail menu in Spanish. Some of us did not speak Spanish thus passed up the special cocktails and ordered drinks we were familiar with.
We started off with five soups and the tuna with avocado mouse. The soup arrived but the tuna appetizer did not. After waiting more than a reasonable amount of time my husband asked the waitress who apologized and then brought it. The pumpkin soup was hot and delicious as was the tuna.
For dinner I had the chicken, which came out before everyone else's food. The waitress carved the chicken table side and set it in front of me. No one else had their food, so of course I waited an additional 5 minutes until they were served. By then my food was cool.
My husband had the pasta with shrimp which was served lukewarm. The shrimp was large and delicious, but he said the pasta was chewy and the sauce not so great due to the cool temperature.
I have dined here in the past and had a wonderful meal and service. I am going to chalk this experience up to them having an off night. 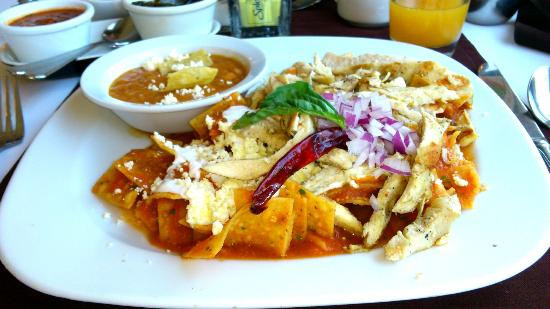 As soon as you walked in you are greeted immediately. In the United States we do not have any restaurants they have excellent service excellent food the location is perfect in downtown Tijuana MX. Highly recommended
Yo le sugiero que el vicio de cinco estrellas la comida ni se diga. Located in Plaza Río shopping center, offering cakes and specialty coffee. Also a full service restaurant with delicious breakfast, lunch and dinner. Come and enjoy with your friends and family.

Complete menu is a simple tasty one, dont expect nothing spectacular, but desserts, they deserve a chance. Majority of cakes are delicious, specially the crepes, salty and sweet ones. My special recommendation are the Cajeta con nuez!