Things to do in Jaffna, Northern Province: The Best Ancient Ruins

Jaffna (Tamil: யாழ்ப்பாணம், translit. Yāḻppāṇam, Sinhalese: යාපනය, translit. Yāpanaya) is the capital city of the Northern Province of Sri Lanka. It is the administrative headquarters of the Jaffna district located on a peninsula of the same name. With a population of 88,138, Jaffna is Sri Lanka's 12th largest city. Jaffna is approximately six miles (9.7 kilometres) from Kandarodai which served as an emporium in the Jaffna peninsula from classical antiquity. Jaffna's suburb Nallur served as the capital of the four-century-long medieval Jaffna kingdom. Prior to the Sri Lankan civil war, it was Sri Lanka's second most populated city after the commercial capital Colombo. The 1980s insurgent uprising led to extensive damage, expulsion of part of the population, and military occupation. Since the end of civil war in 2009, refugees and internally displaced people have started to return to their homes and government and private sector reconstruction has begun.
Restaurants in Jaffna 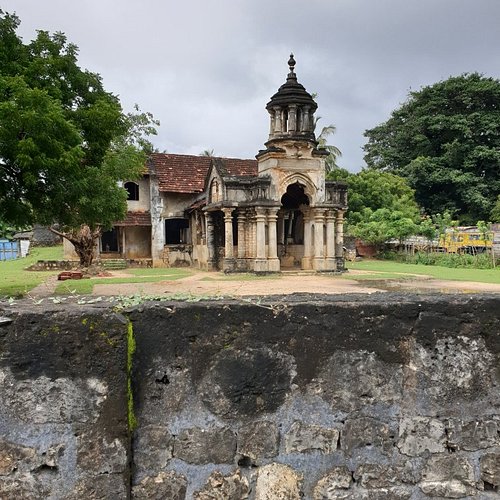 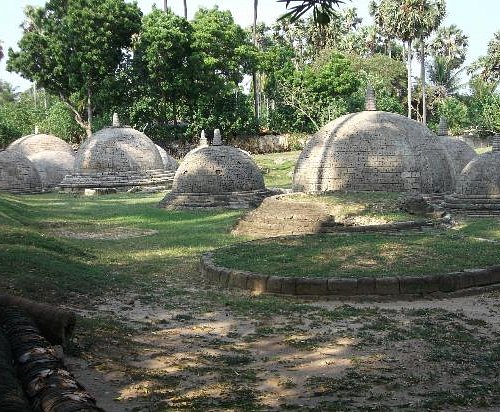 I searched for interesting places to see before I went to Jaffna and came across this place online. I was immediately intrigued. Used Google maps to locate the place when we drove over there. Found it easily. The site is beautiful and peaceful. Visitors are not allowed to walk in and stroll among the domes but can view it from outside. The inscription at the site states that the monks ate poisoned food and this is their burial place. I wish I cold go again and spend some time here.... it was so peaceful and fascinating to see the domes of varying sizes scattered in this open area. One guy at the site was telling us a long story that they did not have money to maintain the place which I thought was a ploy to get us to hand over some money to him. Since this is maintained by the Department of Archaeology surely they can maintain the place. Definitely worth a visit. 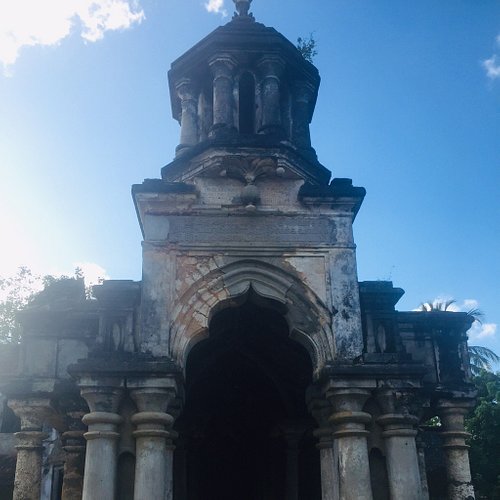 This is the ruins of Minister of the last king of Jaffna Sangilian. This is a must for history lovers.