Top Things to do in Ortakent

The 7 Best Things to Do in Ortakent, Turkey

Bodrum (Turkish pronunciation: [ˈbodɾum]) is a district and a port city in Muğla Province, in the southwestern Aegean Region of Turkey. It is located on the southern coast of Bodrum Peninsula, at a point that checks the entry into the Gulf of Gökova, and is also the center of the eponymous district. The city was called Halicarnassus of Caria in ancient times and was famous for housing the Mausoleum of Mausolus, one of the Seven Wonders of the Ancient World. Built by the Knights Hospitaller in the 15th century, Bodrum Castle, overlooks the harbour and the marina. The castle grounds include a Museum of Underwater Archaeology and hosts several cultural festivals throughout the year. The city had a population of 36,317 in 2012. It takes 50 minutes via boat to reach Kos from Bodrum, with services running multiple times a day by at least three operators.
Restaurants in Ortakent 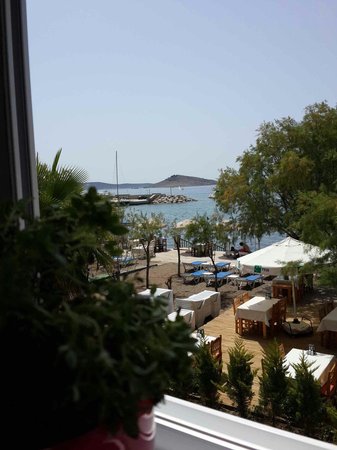 Yahsi beach is located in Ortakent. It is reachable by minivans (dolmus) from Bodrum. The water is always clean because it is an open bay unlike some other bays around Bodrum. It is good for water sports, sailing or Surfing. Along the beach, you will find cafes, restaurants and shops. 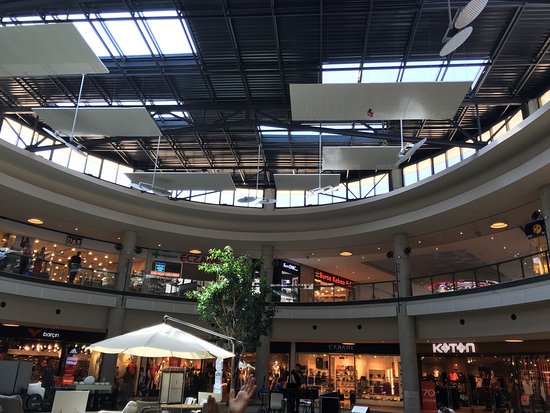 Between the other two shopping mall in Bodrum, Midtown is the biggest one. It has free car parking and a big supermarket ( carrefour). There are internationa brand stores such as H & M , Marks & Spenser , Polo and local turkish brands in this mall. It is out of town around 20 minutes from Bodrum City center. It could be better if there was more brands. All in all it is good to visit once and buy something 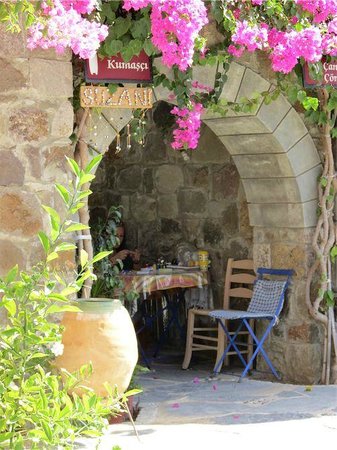 The place is full with art and entertainment. please don't forget to follow as dibeklihan from internet concert programs and Exhibitions. 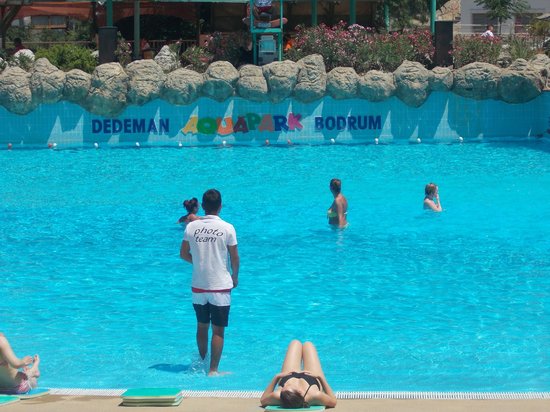 Recently went to water park through the offer with hotel rep water park excellent some food bit pricey so take pack lunch or pay by putting money onto wristband a like it, plenty slides both single and double chilled and not so chilled ( gents close your legs coming off fast ones ouch ) but generally good day out for all family any ages various slides to suit lots of walking up stairs not for faint hearted. Don't listen to anything reps have to say 130-150 lira each might sound ok but you arrive 1 hour before park opens and another hour before slides open so 2 hours into day out wasted on waiting for things to open then you have to leave early so miss the bigger rides opening, bus costs 4-5 lira depending on location and get but every 15 mins, park is 60-65 lira to get in and you can spend whole day there and not miss out on anything also big shopping complex across road so lots to do quite similar on price but get whole day not having to watch time, reps will tell you your insured bollicks all these kind of parks insurance is covered in park costs. So for couple with rep 260 lira doing it your way 150 lira, enjoy it more do your own thing no reps. 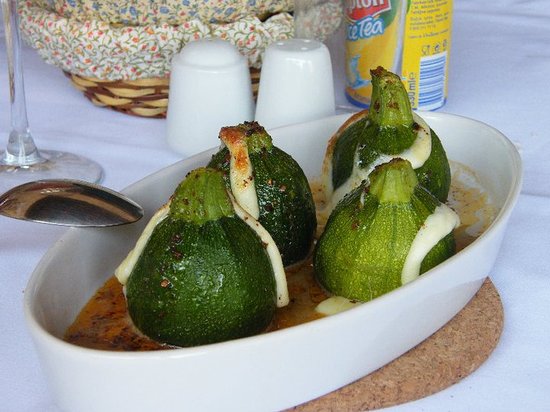 The best way to learn about a new country is to try their food, even better way is to try and cook the dishes of that country. At Erenler Sofrasi we are giving you the opportunity to shop at the fresh fruit markets of Bodrum with our Chef and cook the ingredients for that night. At the end of the course you will taste what you have cooked and a glass of Turkis Wine will be our treat.

Being three guests including a teenager, we decided to skip the cooking class and jump straight to booking dinner at ERENLER SOFRASI, Asli's restaurant. The setting and ambiance was lovely within a walled garden, under the olive trees, listening to music provided by a trio playing string instruments. The food and wine was fantastic and truly traditional of the region. The starters comprised a wide selection of freshly prepared vegetable and rice dishes. To add variety a number of Turkish hot starters were presented which were delicious. The main and dessert dishes did not disappoint either with a wide selection for the most discerning palette. I could go back again to sample more of Asli's splendid cooking and warm hospitality . The meal had a set price and Asli kindly organised transport (recommended) as the restaurant is located in a country location 10 minutes taxi ride from Bodrum City. 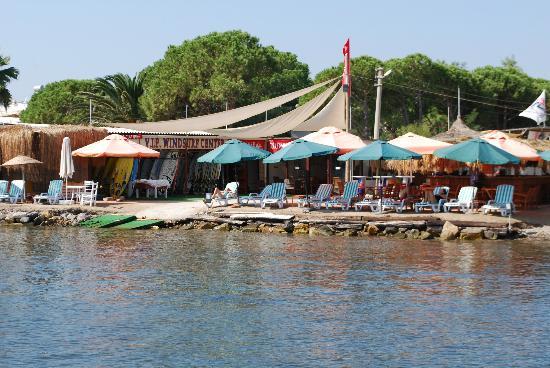 I spent ten days in Ortakent in September and though I meant to sightsee, I spent most of that time at the VIP windsurf centre because it was so much fun! The windsurf instructors are top class and very kind to newbies like myself. There are also plenty of other sporty things to do on the odd days that the wind is down, like volleyball and table tennis and kayaking (the kayaking is run seperately from a pontoon next to the centre). Also as a place to chill out it was wonderful, the sweet ladies behind the bar made wonderful ice coffees in the morning and cocktails at night and also played a great selection of reggae, rock and folk music. The views are also fantastic. Just couldn't have asked for more! 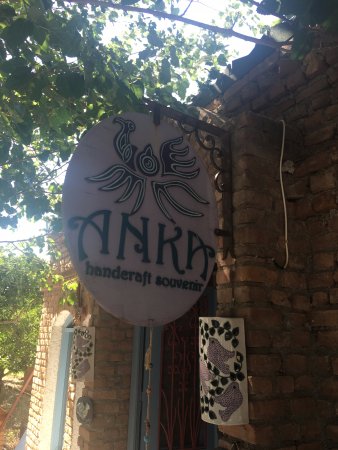 We found Anka by accident when we were driving along and stopped - and we were really pleased that we did!. The pottery and ceramics combine local traditions with a modern twist offering some unique and beautiful items of functional art. We bought coffee cups, plates and bowls that were all very reasonably priced.
When we visited there was also a pottery class taking place which looked like fun - if we had more time we would have liked to have tried it out.
Highly Recommended