The 10 Best Things to Do in Valdivia, Chile

Valdivia (Spanish pronunciation: [balˈdiβja]) is a city and commune in southern Chile, administered by the Municipality of Valdivia. The city is named after its founder Pedro de Valdivia and is located at the confluence of the Calle-Calle, Valdivia, and Cau-Cau Rivers, approximately 15 km (9 mi) east of the coastal towns of Corral and Niebla. Since October 2007, Valdivia has been the capital of Los Ríos Region and is also the capital of Valdivia Province. The national census of 2002 recorded the commune of Valdivia as having 140,559 inhabitants (Valdivianos), of whom 127,750 were living in the city. The main economic activities of Valdivia include tourism, wood pulp manufacturing, forestry, metallurgy, and beer production. The city is also the home of the Austral University of Chile, founded in 1954 and the Centro de Estudios Científicos.
Restaurants in Valdivia 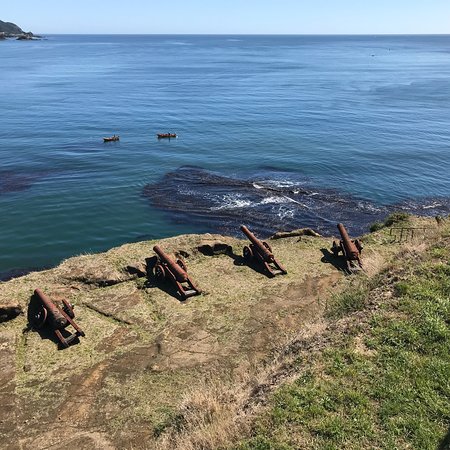 An easy drive from Valdivia to Niebla brought us to the ferry to Corral. There we found the Castillo de Corral in a strategic position covering the approach to Valdivia. It was one of 18 locations, including forts at Niebla and on the island of Mancera dating back to the 1600s. In 1820 Lord Cochrane led a daring land attack against the forts which were garrisoned by troops loyal to the Spanish crown. Cochrane's victory at Valdivia was an important step in Chile's fight for independence. 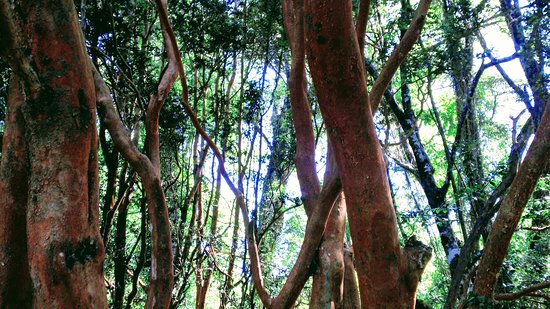 I can't go to Valdivia and not visit the botanical garden. It’s my favorite place in the city. There's always a good atmosphere, children laughing and playing, old people resting in the benches...
I love trees so sometimes I wish there could be even more information about them, there are some signs that have been removed or have faded away over time. I know that students give tours to visitors but there's no much information about that. But maybe I'm the only tree lunatic that wants to know more xdd
People mostly go to have a relaxing afternoon and have picnics, do yoga or go running. I go to have naps and hug trees :) 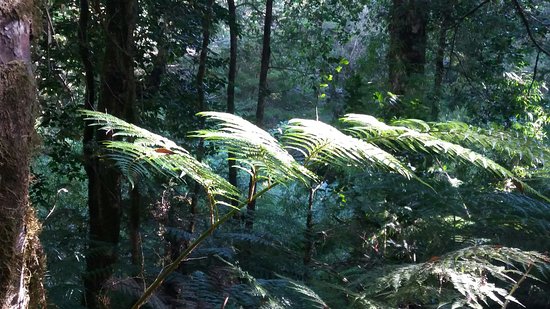 A great day for a family outing with easy trails, a great canopy line (for additional cost) with 4 super high and long line, and also good camping sites to stay or have a picnic. Clean bathrooms available as well as basic coffee shop. Would have appreciated that the guides were more expressive and passionate about the place, telling us whta type of vegetarion, birds etc we saw as we did the canopy. 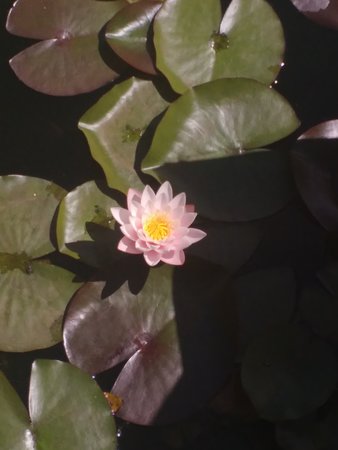 We visited this place on our one-day tour around Valdivia. I was amazed at its beauty and calmness. Unfortunately, there weren't many flowers as my visit was off season. However, I managed to take beautiful pictures and enjoy the wonderful surroundings with different kinds of species of trees. For taking pictures, the morning light may be nicer on the lake. 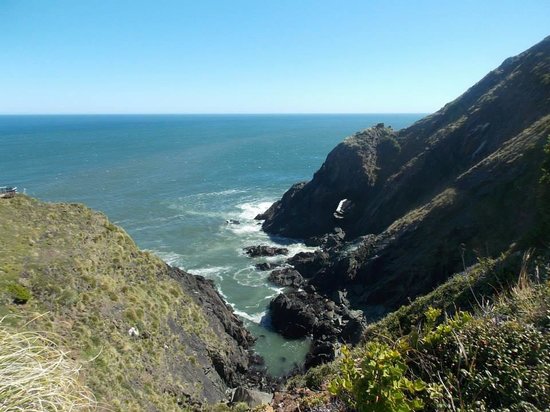 First off, you don't need a car but can hop on the Expreso a la Costa bus (Avenida Alemania) for a lovely hour's ride along the coast.. At first we weren't quite sure what we were entering, walking through the woods on a narrow path. Then, a mile or so in we came to the ancient trees that make this place so well known. There is something truly magical about this small but mighty forest. But on the way back you come to splendid Lookouts over the ocean, culminating in a truly magnificent peninsula with a 270 degree view of the water. This last segment is quite a hike down but absolutely worth it -- one of the highlights of our Chilean trip. 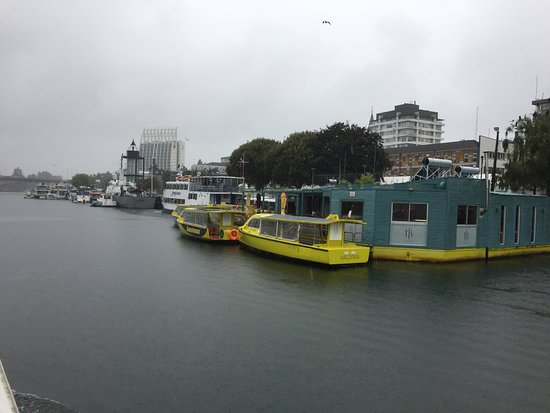 Its a river walk, the scenery is very pleasant and you get some idea of the city and its surroundings. The wild life is interesting as the sea lions bask all along the area. 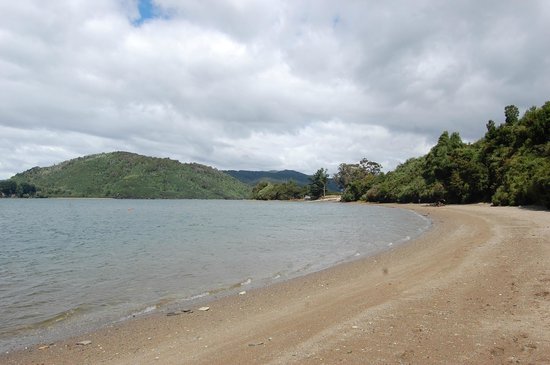 Beatiful view of the Pacific and rivers and an old Spanish fort. It is paid but not expensive (can't remember the fee) 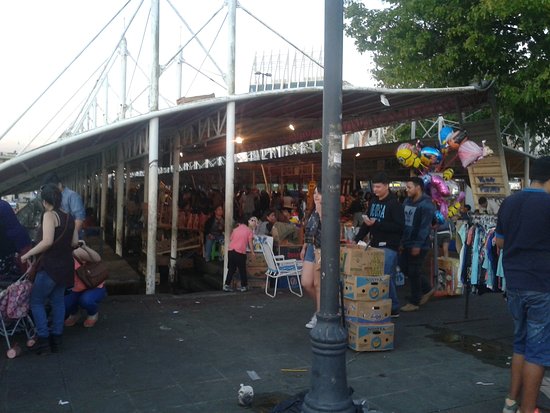 From the freshest of fish to fattest of sea lions! Produce, typical Chilean food products. It's really fun and typical of Valdivia. Don't miss it! Reminds me a bit of Seattle's Pike Place Market. Bring a cooler to take home some yummy fresh catch! 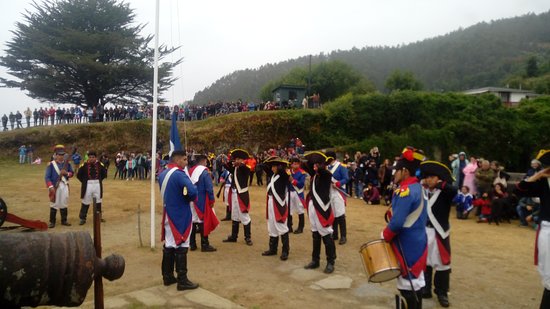 All the stars aligned for my trip to Corral. My boyfriend and I picked our last day in Valdivia to go to Corral and Niebla, the fort town opposite Corral, without realizing that we would have gorgeous weather, the Esmeralda Navy ship, and a Chilean Navy ceremony all at once. We first took the micro to Niebla, where we explored the fort ruins, then took a ferry over to Corral for about 800 pesos each - although a local told us it's usually 400 per person. Corral is definitely more lively than Niebla, with many more restaurants and a larger and better maintained fort. The only problems we had were related to the Esmeralda and influx of tourists - every single restaurant in Corral had run out of food by 3:00pm and there's only so much kuchen, however amazing, one can stomach. Corral's definitely worth at least 2 hours of your time, especially if you're lucky enough to visit the area on a sunny day. 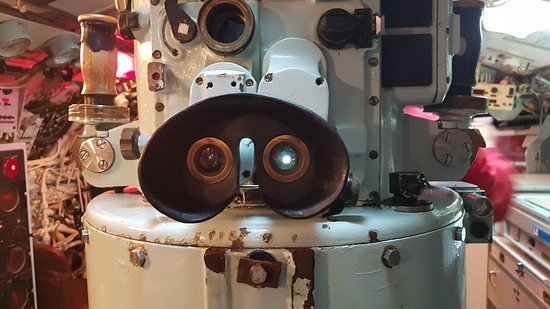 The tour was great! The tour guide gave a great history of the submarine, talked about life on the submarine, and shared some anecdotes from people who had spent time on board. There is plenty of time afterwards to walk around inside and outside to take pictures.