The 10 Best Things to Do in Tunja, Colombia

Tunja (Spanish pronunciation: [ˈtuŋha]) is a city on the Eastern Ranges of the Colombian Andes, in the region known as the Altiplano Cundiboyacense, 130 km northeast of Bogotá. In 2012 it had an estimated population of 181,407 inhabitants. It is the capital of Boyacá department and the Central Boyacá Province. Tunja is an important educational centre of well-known universities. In the time before the Spanish conquest of the Muisca, Tunja was called Hunza and was conquered by the Spanish conquistadors on August 20, 1537 upon zaque Quemuenchatocha and founded by the Spanish on August 6, 1539, exactly one year after the former southern capital Bacatá. The city hosts the most remaining Muisca architecture: Hunzahúa Well, Goranchacha Temple and Cojines del Zaque.
Restaurants in Tunja 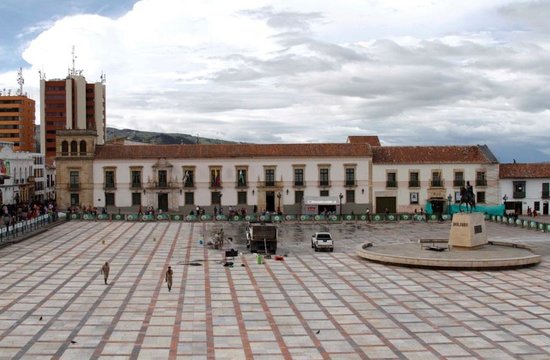 The Plaza is the heart of historic Tunja. There is a large and impressive statue of Simon Bolivar in its centre where locals gather to socialise. The Cathedral is found here too. Radiating from the Plaza are the historic streets of Tunja where a variety of old and modern shops can be found. 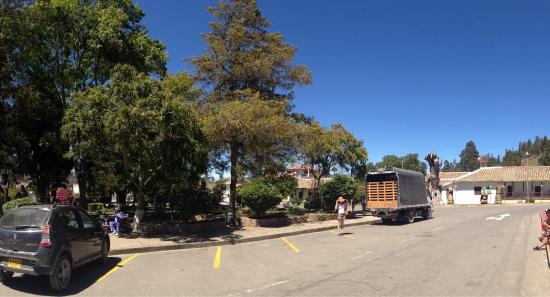 Beautiful little village lost in time! The scenery is stunning and the villagers make the most delicious cakes and sweets sold from stalls in the village. It is near some of the best hot Springs of the region. 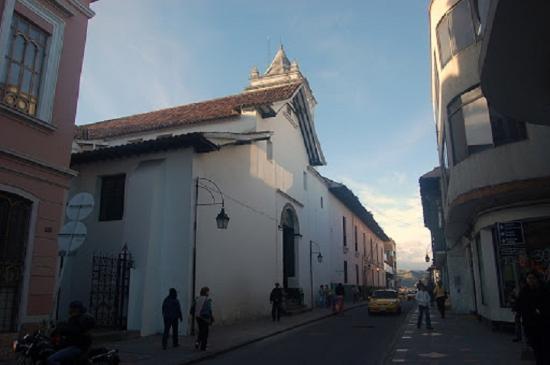 The highlight of this church is the Capilla del Rosario. After the initial onslaught of visual riches, take your time to see the details: the retablo columns carved as indigenous people, the seashells behind the virgin, the carved reliefs of religious scenes. No photos are allowed but I saw a few Colombians taking photos so I followed suit, in part to help spread the word of this beautiful church. There are also painted frescos relatively recently uncovered. The most interesting one is a scene of the resurrection of the dead after Christ’s return, which is on the exterior wall of the chapel just to the left as you enter the church. It can be difficult to see, but ask a maintenance person or church personnel to let you into the chapel to get a better look. The right side chapel next to the main altar contains a Muisca sun symbol carved in stone on the lower level of the altar. There are more frescos in the choir loft upstairs, but you will need to gain permission to access those. 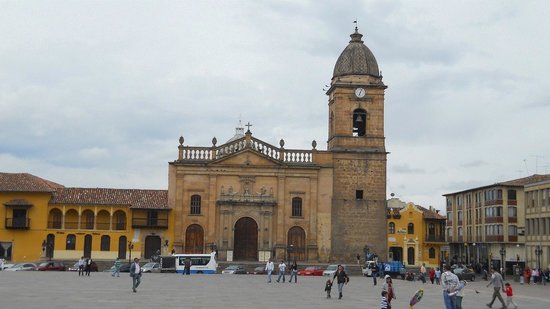 Unfortunately, like many old churches, the Tunja Cathedral suffered some unfortunate modernizations 100 years ago. That said, in recent years they've done their best return to its original design. The simple interior really highlights the original 16th century mix of Elizabethan Gothic arches and Moorish ceiling. Perhaps the best feature is the Renaissance-style stone doorway in front, one of the best in the country. The church always seems to be open, so it's an easy and quick site to visit while in the central square. 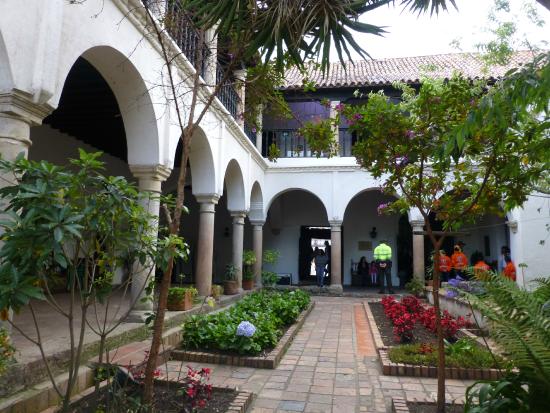 Tunja is the only place in Colombia where you can see multiple homes from the 16th century. They provide a fascinating glimpse into the private lives of the well-off Spanish who first arrived in this territory. This magnificent mansion is next door to the Cathedral on Bolivar Square and is only COP$3.000 for a tour. Don’t miss the ceiling paintings, with an eclectic mix of animals and plants, both native to Colombia as well Europe and Africa. The Spanish tiles in the dining room show a decidedly Islamic influence. On the lower level of the house is the tourist office for Tunja. They are a wealth of information for the whole area. If someone at the front desk doesn’t speak English, someone else in the desks off to the side should be able to assist you. 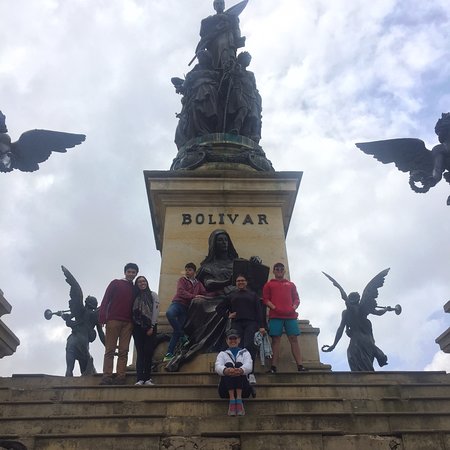 A bit more interesting for history buffs than your run of the mill tourist, but a beautiful location in the countryside outside of Bogota. Site of the final battle for Colombian independence from the Spanish back in 1810. The battle was supposed to have taken place at the site of the bridge there. There is an eternal flame and a beautiful monument on the hillside nearby. Lovely view of the surroundings from there. For most people that are not into historic sites like this, in my opinion, it is a bit too far to come out of Bogota soley for this attraction. However, if you are driving in this direction or on your way to visit the town of Villa de Leyva, it is a worthwhile stop to stretch and see the memorial. There is a restaurant at the site, but was closed during our visit. The lower parking area and eternal flame are wheelchair accessible, but I did not notice if the paths up to the memorial on the hill were. 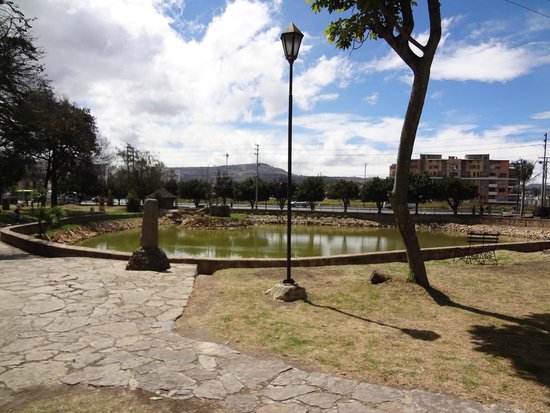 An easy 1.5 mile walk from the center of Tunja, this is the site of a Muisca legend involving incest. There are several ancient phallic columns (that make for great selfies!) as high as 15 ft, and other Muisca carvings that surround the pond. You could combine this with a tour of the archaeological museum at the neighboring university, which also contains an interpretive recreation of a Muisca hut on the campus grounds. However, if you don’t understand Spanish or aren't interested in the subject matter, it’s not worth it. 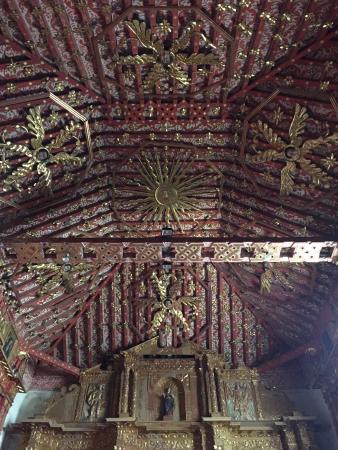 Located only 2.5 blocks from the bus station, this is one of the most beautiful and important sites in Tunja. The modest COP$3.000 fee gives you a guided tour (in Spanish) of the first convent house and church in Colombia, dating from the end of the 16th century. The single nave church is saturated in red and richly decorated with details, especially sun symbols important to the local indigenous Muiscas, which the designers used to lead them to their new religion. My barely adolescent guide knew her script well, but if you asked her questions off the script she was a little stumped. She told me only a handful of people come here each week, mostly foreigners. If you want an English tour, I would suggest contacting (in advance) Tunja’s tourist office, which is located in the Casa del Fundador Gonzalo Suarez Rendon, next to the Cathedral on Plaza de Bolivar. 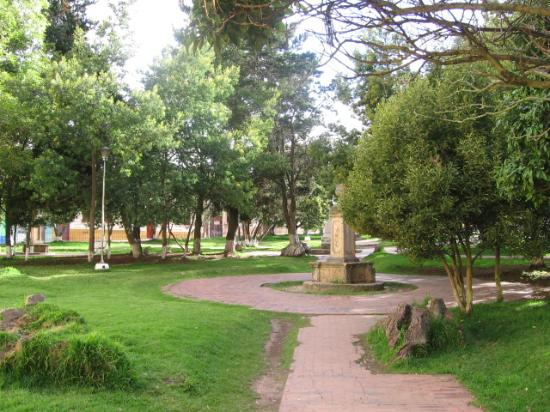 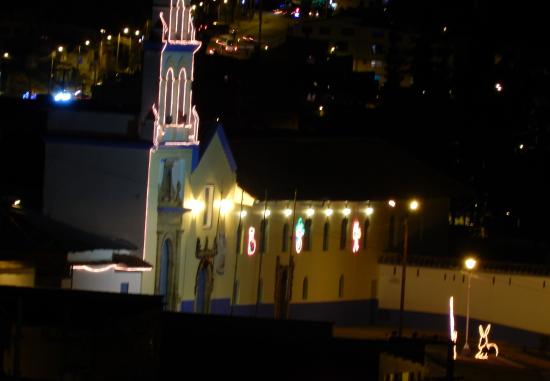