The 10 Best Things to Do in St Mawes, United Kingdom (UK)

St Mawes (Cornish: Lannvowsedh) is a small town opposite Falmouth, on the Roseland Peninsula on the south coast of Cornwall, England, United Kingdom. It lies on the east bank of the Carrick Roads, a large waterway created after the Ice Age from an ancient valley which flooded as the melt waters caused the sea level to rise dramatically, creating an immense natural harbour, often claimed to be the third largest in the world. It was once a busy fishing port, but the trade declined during the 20th century and it now serves as a popular tourist location, with many properties in the town functioning as holiday accommodation. The town is in the civil parish of St Just in Roseland.
Restaurants in St Mawes 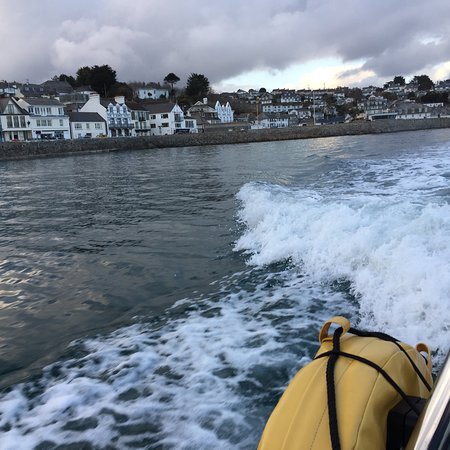 The St Mawes Ferry connects the charming fishing village of St Mawes with the bustling port of Falmouth. The ferry provides an all year round service to over 162,000 visitors and commuters a year and is an absolute must for anyone visiting Cornwall. Passing the impressive Castles of St Mawes and Pendennis, the ferry route takes you on a magical journey across the Carrick Roads.

A nice 25 minute ferry ride to St Mawes from Falmouth cost £10 each return and on a lovely day it was a wonderful way to take in the harbour. The vessel, the Queen of Falmouth, is a beautifully maintained timber boat. punctual and friendly crew including the 5 month old springer spaniel who seems to be the first mate :-). Highly recommended. 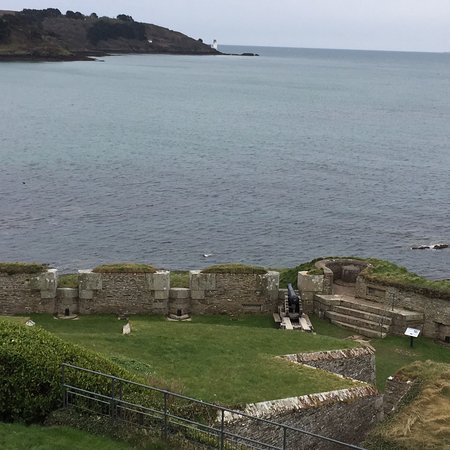 This round stone artillery fortress was built for Henry the Eighth in 1542, using a cloverleaf plan with a four-storied round tower. Take the free audio tour to discover life at the castle during the Civil War and explore the castle and grounds with its stunning views out to sea. Child friendly and dog friendly.

St. Mawes is a beautifully preserved architectural relic with stunning views of the Carrick Roads and Falmouth Bay. Visitors are free to roam nearly the entire castle and its grounds, and there is no set path, so wandering is encouraged. There are not many informational signs, but plenty of literature is available in the well-stocked gift shop. 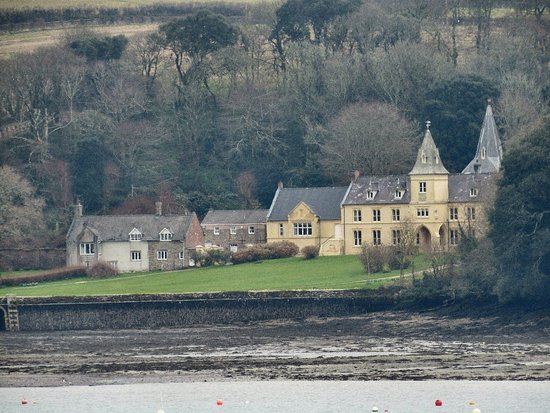 We've done this walk or parts of it a few times...the scenery is magnificent and it's not a difficult walk although you get spectacular views. The Beaches are amazing and often quiet.

We hire single and double sit-on top kayaks, and run RIB trips and a Water Taxi service from the quay, in the pretty South Cornish sea-side village of St. Mawes. See the area under paddle power- it's magical. Explore the tranquil Percuil River and creeks, or venture as far as the lighthouse at "Fraggle Rock". For an added hit of adrenalin, step aboard "Paramour", our 8 passenger rigid inflatable boat (RIB). For a blast into the bay, visit a waterside hostelry, visit The Helford River or take an evening water taxi trip.

We are currently staying in a cottage on the Fal Estuary. Last night we had dinner in Falmouth and booked the water taxi to return us to our cottage. The four of us had an experience of a lifetime, the trip at almost 9pm was brilliant. We spent perhaps 20 minutes on the water, travelling at times very fast, yet very smooth and skimming over the water.
I can highly recommend this as a unique way to visit or return from Falmouth. Mark the owner was very helpful and knowledgeable about the river. 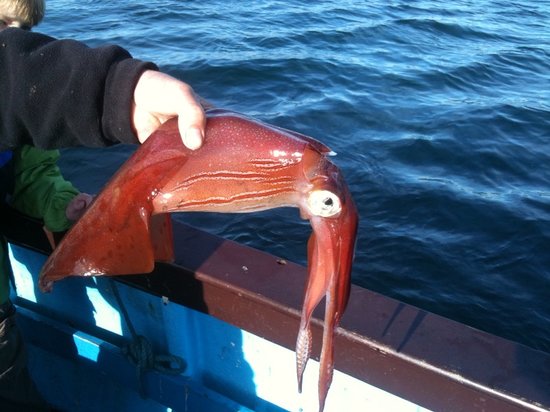 Was looking forward to going fishing and the trip was well organised. What most impressed me was that all those fishing were given assistance removing fish from lines and all the fish was cleaned and gutted on the return journey. The catch was shared out between all six of us. Being of mature years, I found not being able to sit was tiring but I really enjoyed the trip. 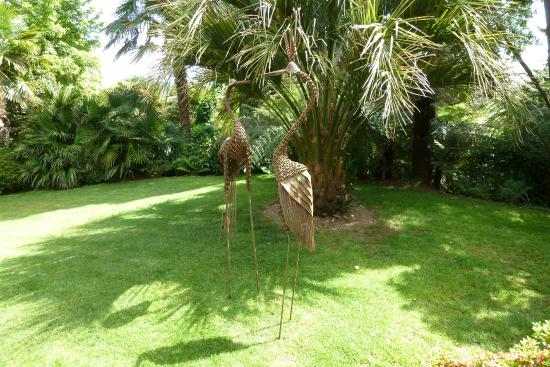 We visited while staying in St Mawes and were so glad we did. A beautiful tropical garden with hidden pathways, lovely views and secret statues. There's a Terrace where teas and light refreshments are served, which was a nice surprise. It's only open on Wednesdays and Sundays, so plan well, but it's worth it.
The leaflets say it's one of the top 10 Gardens in the UK and I can see why. Highly recommended. Crossing St Mawes Harbour and operating seven days a week, the Place ferry runs a regular service between St Mawes and Place Creek on the Roseland Peninsula. Along with the St Mawes Ferry, it forms an integral part of the South West Coast Path, saving walkers at least a day's extra walking. Outside of peak season and when not busy, the Place Ferry also can operate as a water taxi, taking you from your mooring to shore. Contact us for more details. Four legged friends welcome on leads.

Small boat - only holds 12 passengers but runs regularly and returns as quickly as possible if it has to leave some behind.Hi there, Thank you very much for your nice review, we're glad you had a nice trip. Best wishes, Ryan

Stand up paddle board taster sessions, tuition, hire and coaching. Offers kids and family sessions throughout the summer school holidays, as well as group events and paddle nights. Bookable via phone or email outside of the peak season.

We went for one session of paddle boarding and we found it brilliant. We were carefully briefed before getting on the water, and The instructor was knoweledgeble a and patient, however everybody could already stand up without any trouble! The lesson was taken to Place, where it was calm and wonderful for more advanced skills and techniques! By the end, however many times we fell in, everyone was left with a Smile across their face! Thank you to Luke for a great experience! 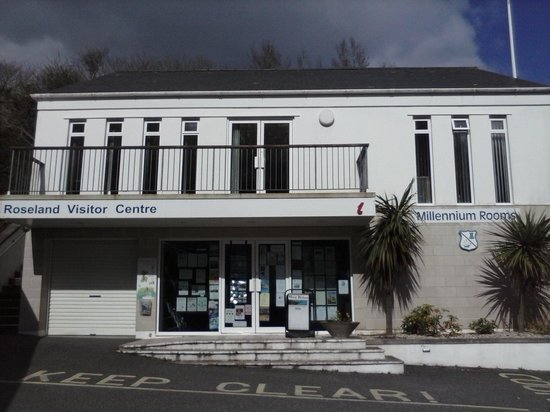 Tourist information for St Mawes and the Roseland.

although we were visiting out of season, the center was still staffed by two very happy ladies who made us most welcome, loaded us up with leaflets of the surrounding areas attractions, (most of which we had already seen in our welcome pack at cockle...MoreI'm very happy that you enjoyed your experience with us. Thank you for the positive review. 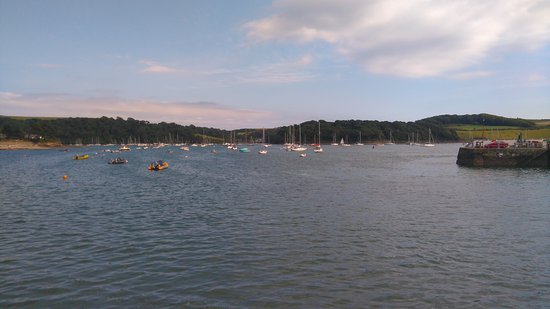 Summers Beach (also known as Freshwater Beach is the largest beach in St Mawes. It is mainly pebbly but with some sand and it is long and fairly narrow. It can be uncomfortable to sit on but at the back there are some large concrete steps where you can lie or bring your own chairs. At low tide there are some rocks pools. Also if you are a strong swimmer there is a platform you can swim out to. It is a nice place to relax but understand in peak season it gets very busy especially with families.