The 10 Best Things to Do in San Pedro Sula, Honduras

San Pedro Sula (Spanish pronunciation: [sam ˈpeðɾo ˈsula]) is the capital of Cortés Department, Honduras. It is located in the northwest corner of the country in the Sula Valley, about 50 kilometres (31 mi) south of Puerto Cortés on the Caribbean Sea. With a census population of 719,063 in 2013, and 1,445,598 people living in its metropolitan area in 2010, it is the nation's primary industrial center and second largest city after the capital Tegucigalpa.
Restaurants in San Pedro Sula 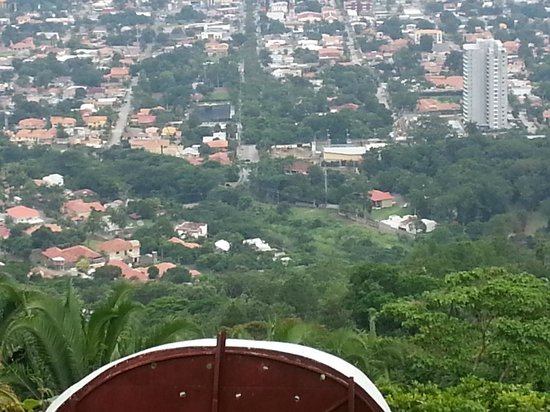 Okay to hike, you will Only see the panoramic view of the city. It is a very good exercise thou? If You have spare time and company i will recommend to do the visit. As a morning walk is excellent 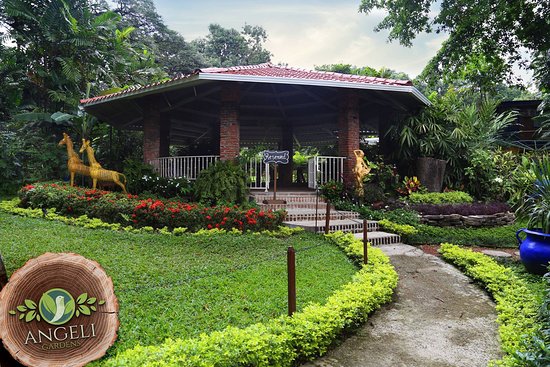 Guided hiking trails in El Merendon mountain range. Trails are 2km and an estimated 45 minutes of travel time. San Pedro Sulas only private hiking destination. Recommended times are 8am and 9am to better see wildlife ( toucans, armadillo etc..) We have a look out point of SPS and a swinging bridge. Once finished with the hike feel free to grab a bite to eat or a freshly made juice to cool down.

If you love Gardens and also enjoy eating in a friendly place, this is a must!
The restaurant is surrounded by a beautiful garden that you can enjoy while moving into the place. They have no wifi and encourage people to chat among themselves instead of chating with others that are not present through their cell phones. I love this because we need more mindful experiences! We are a Souvenir, Viverocafe and Crafts. A corner of San Pedro Sula where you can find a variety of crafts from exquisite taste in leather, wood, mud and more. In a quiet and relaxed atmosphere you can enjoy cup of coffee served in a refreshing mud or Copandry (domestic gas) and relax in a comfortable hammock.

This was my second visit to Guamilito and I loved it even more than the first time. You can find beautiful baskets, blankets, Honduran crafts, really everything you can think of. It's my favorite place to go souvenir shopping in San Pedro Sula. The prices are great! 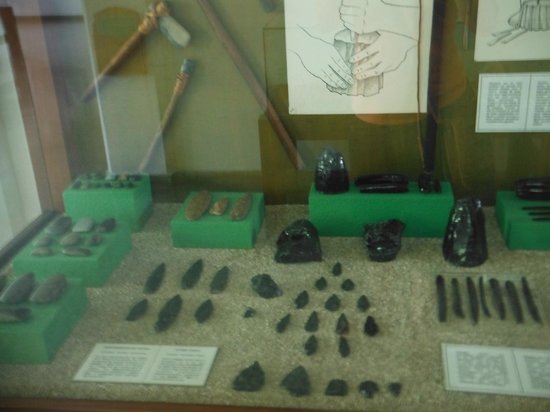 A nice museum with some interesting exhibits of Mayan culture. One of the things here that I had not seen before were teeth that were drilled out and had jade inlay in various shapes. Not too far from the Hotel Grand Sula. 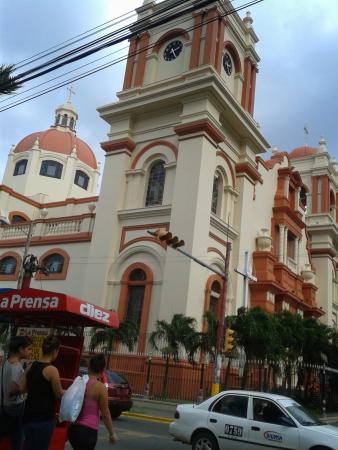 I felt a lovely sense of peace and light in this Cathedral. Sunday 9:00 Mass was dignified and traditional. The Cathedral was packed to capacity. A beautiful experience, augmented by seeing so many devout participants. My hotel arranged for a taxi to take me there and wait to bring me back for about $20 USD. 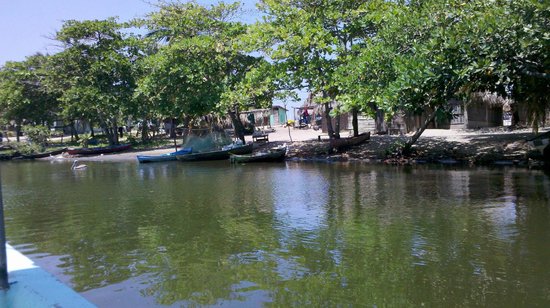 Located next to ¨Micos Lagoon¨, this village is one of Tela’s most beautiful attractions. Not only because of its amazing ecological beauty but because it holds the culture of the Garifunas.The area holds many activities like boat tours through the lagoon for bird watching and crocodile observation. You can choose to hike in the manglers, eat the traditional meals of the Garifuna people, canoe and even stay at the local lodges.

We spent a week in Tela during the Christmas season and booked the three-tour package with Garifuna Tours, one of which was to Miami Beach and the Garifuna village here. I don't know if I'd call it an "authentic" Garifuna village, seeing as most of the people have moved to neighbouring villages that have a little more infrastructure than this out-of-the-way little place, but the beach and lagoon are beautiful and we had a very good fried-fish lunch under the palapas. There are a few cabins where people can spend the night, but be prepared for very basic accommodation and sand flies, which are very active in the early evening.
Our tour included transportation and a boat trip through Los Micos lagoon, but the lunch was extra. The three-tour package offered by Tela's Garifuna Tours is $75 a person (less for children - my recollection is around $50), and we felt we got our money's worth with day trips to Miami/Los Micos, another to Punta Sal, and a third to Punta Izopa. However, the Los Micos tour was supposed to include Lancetilla Botanical Gardens, and we WERE a little upset to discover later that they had left our family group out of that part of the tour. 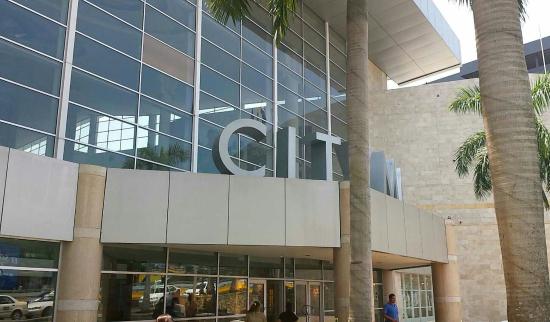 We're from the states but are living in Central America. I've seen bigger and fancier back home, but In my opinion its way better than average (better than any in my state in the U.S.). It has a good selection of clothing stores, specialty shops, fast food restaurants in the food court and a couple of banks. I felt more comfortable exchanging dollars there than I would have in other areas of the city. the mall also had a fairly nice cinema with a VIP theater. 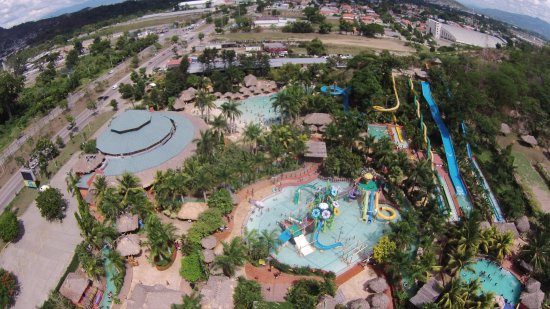 In Zizima, we want to provide families in Honduras a place that combines: culture, entertainment, and healthy fun, integrating the components of the Caribbean Coast. We count with a food court which maintains its own quality and identity adjoined to the Water Park. Also, we count with a extreme games such as wall climbing and adrenaline, a mini-zoo, and a lot of waterslides from which you could slide unto the refreshing pools of Zizima.

We visited zizima with the kids and really spend a good time together they have attractions for all ages even if somebody (my mother and my sister in law) can't swim still can have a good time because they have a variety of pools with different levels of deep.
Also they have different kind of slides so you can have higher emotions. 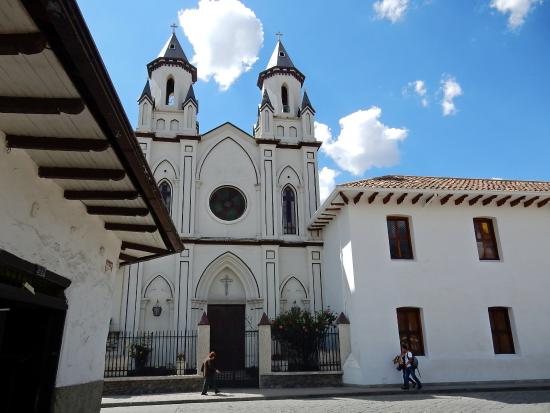 So rich in cultural beauty, it's unique architecture is a must see...living in the United States, I had never seen such a beautiful and serene church. 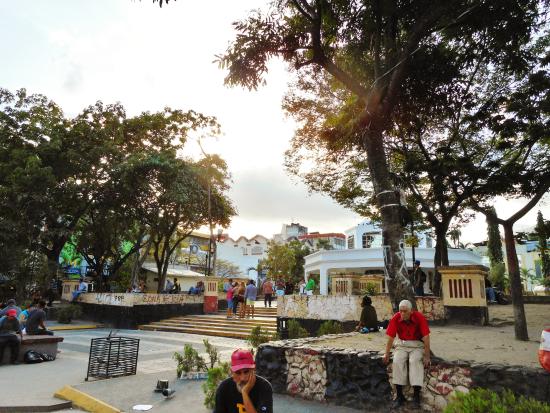 We stopped to take a quick look at the park while walking from our lunch stop. The grounds were in better condition than I expected. There were many people there and several undesirable characters who were apparently looking to attempt a pickpocket scam or worse. Stay guarded and move along and you will do fine.