The 10 Best Things to Do in Ravenna, United States

Ravenna is a city in Portage County, Ohio, United States. It was formed from portions of Ravenna Township in the Connecticut Western Reserve. The population was 11,724 in the 2010 Census and estimated at 11,533 in 2016. It is the county seat of Portage County. Ravenna was founded in 1799, platted in 1808, and is named for the city of Ravenna, Italy. The city is part of the Akron Metropolitan Statistical Area and the larger Cleveland–Akron–Canton Combined Statistical Area.
Restaurants in Ravenna 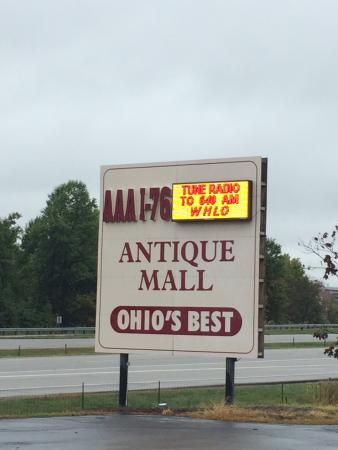 This antique mall is a favorite place to stop on the way home for us. It is very clean, brightly lit and huge. The prices run a little high on some stuff but you have to search for the bargains. 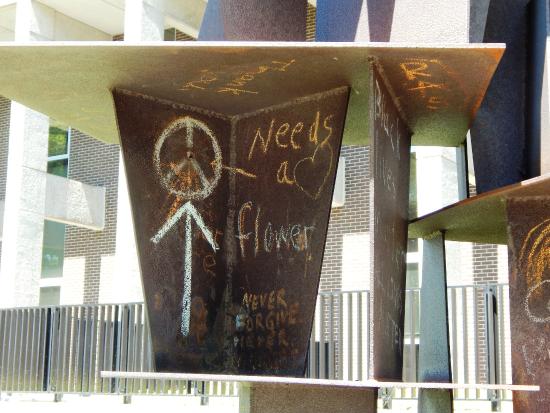 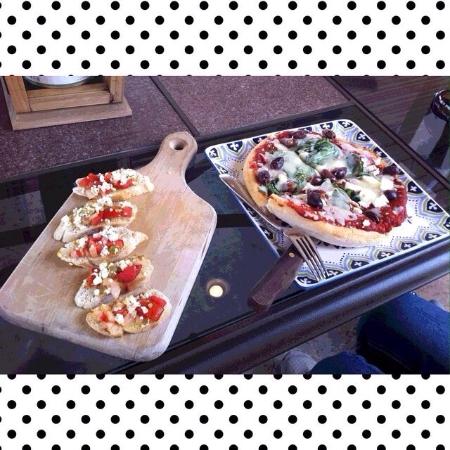 My husband and I were on our way back from being introduced to my 4 week old puppy and as we like to try as many Ohio wineries as we can, we thought to stop at this one. I have seen the sign on I-76 many times as I go to visit in PA but haven't had time to stop. We were very pleasantly surprised. The building itself is an old farmhouse that has been remodeled. There is seating inside with a large covered area behind where there is a lot of seating and room for a band. We were told that there is also upstairs seating when the NW Ohio weather turns inclement. We enjoyed a butternut squash pizza which was excellent. We sampled a few wines and enjoyed a glass after the sampling. I can't wait to go back! 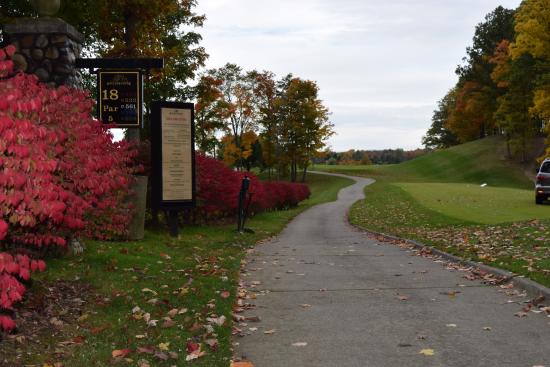 This review is for the Whiskey Barrel restaurant at Boulder Creek Golf Club. We just had dinner here tonight and really enjoyed it. This is now my favorite restaurant in Streetsboro. We dined on the patio which is the nicest around. The interior also looked nice. We had two appetizers, the gyro plate and the pretzel bites. Both were good. The gyro plate was a bit odd as an appetizer but it tasted good. I had ribs and my wife had a steak. The fries were a tad limp but tasty. The ribs were fresh and the meat was falling off of the bone. The sauce was uninspiring. My wife enjoyed her steak. We'll both definitely be back! 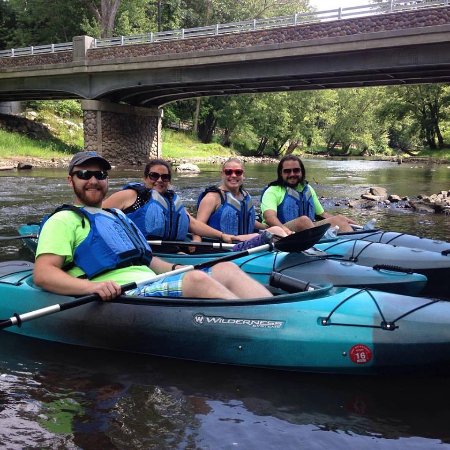 Breakaway Excursions is a provider of adventure-based recreation activities in Cleveland and Northeast, Ohio. We rent kayaks, archery gear and snowshoes. We also customize excursions and instructional training for individuals, families, non-profit and for-profit businesses. Our activities include Archery, Kayaking, Snowshoeing and traditional Team Building events.

Best kayaking experience ever. Doug was so friendly and knowledgeable. The kayaks and life jackets were so clean (unlike other places we have been). The kayaks were super comfy too with adjustable seats and foot rests. We did the 5 mile trip and it was...MoreThanks Patti. Your review is extremely helpful to those planning an excursion for their families. We are super happy that you like our gear and look forward to working with you again in the future. Doug PS Archery season is coming up this fall. 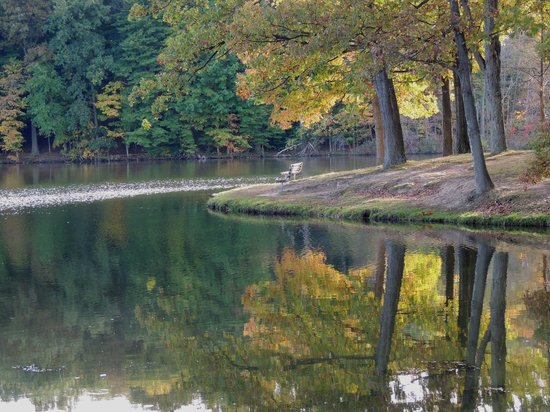 there is something for everyone at this community park. The lake provides opportunities for boating, kayaking, and fishing. (Bring your own equipment, there are no rentals).
Children seem to love the play ground, there are shelters for group picnics, tables and grills available. The hiking trail around the lake is a favourite of all ...some running, some taking a leisurely stroll, It is a beautiful spot just to sit by the lake and relax. 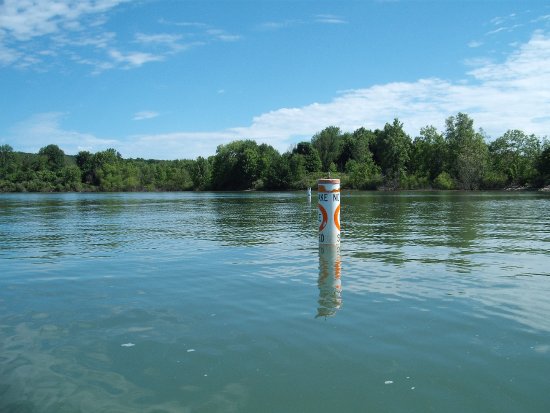 Be aware most sites are not full hookups. We thought we reserved a full hookup but it was electric only. Our bad. The route we took came from I-76 through Edinburg. Rock Spring road from Edinburg to the park is very rough, and it's about 5 miles long. The sides of the roads have been patched and not very well. Check in was quick as we only had to pick up our car pass and park map. However, we had some questions later and the staff seemed pretty uninformed. We had to pull into a parking lot on the other side of the check in area to unhook our car and then backtrack to our site. We were in site 1, and just so you know, sites 1-3 are right in front of where you check in. There must be quite the roadblock on busy check in days while people are trying to back into these spaces. Most of the sites are fairly short so few will handle large units. Site 1 is paved, long and pretty level. We were not able to get satellite coverage due to trees. Verizon cell worked fine. There is no WII FI. Quiet at night, and lots of boats and jet skis during the day. The showers are utilitarian. There was a sign indicating if the water was cold to let it run 15 minutes!?! Be ready for the no see um biters when you are outside! The picnic table has seen better days. Seems like a busy weekend place for local boaters. The price for value is low at $28 plus $8 reservation fee for electric only. We wouldn't stay here again. 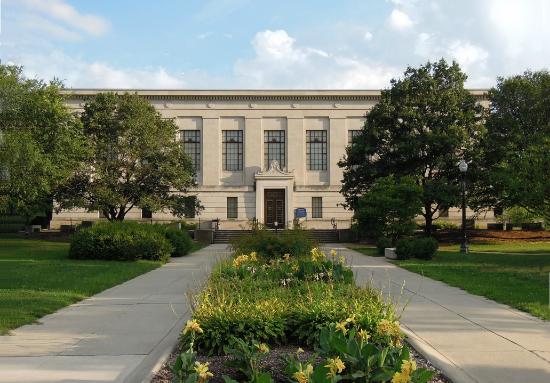 Time line of fashion exhibit was quite interesting as it placed clothing into the context of what was happening in the Western World. This exhibit segues, space-wise into their extensive glass collection display with indepth examples of famous Ohio glass factories and craftspeople. The second floor's open plan lets them show you how the flapper dress evolved in great depth. Fascinating. In a smaller space, the curators show how coutures created very attractive clothing on the exterior as well as how they resolved structural issues that made their fashions possible and did so with artfully done "lining" that is as interesting as the exteriors. 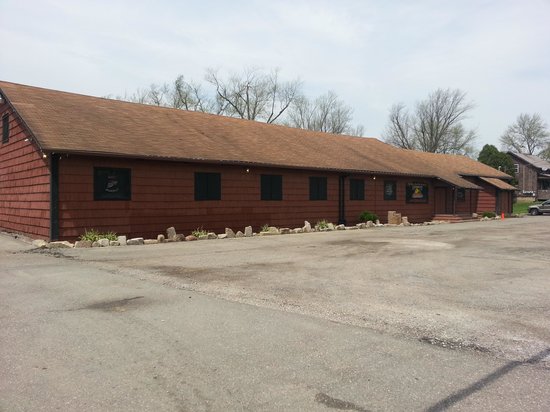 We herd about this place from someone when we were at Kickin-Kountry in Bolivar, Ohio so we went to check it out. We are from Knoxville, TN area and love to line dance so we got there and from the outside the place was not what we expected, got there at 7:00 for the line dancing on a Friday night which was lady's night, there was around 30-40 people some times more on the floor the entire time we were there. Having that many people on the floor is a good thing but when your from out of town and you've never herd most of the music they play or seen the line dances they dance it's kind of boring. We we're there from 7-10:30 and I don't think we had herd but maybe 10-12 of the songs before. The place wasn't bad inside or in the back and the drinks were reasonable. It was a descent place but I don't think we would go back. 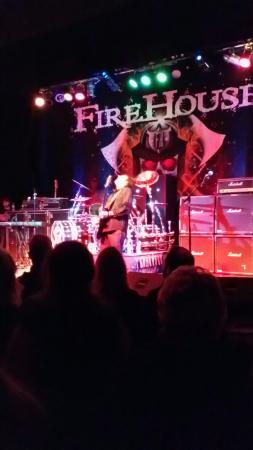 We purchased tickets for another couple and us to attend the Uriah Heap Concert. We had never been to Kent Stage but will look into attending future concerts.
The price of the ticket was reasonable. Parking was available in a nearby parking garage for $5 ( no cash, credit card, not American express).
Venue could use some updating.