The 10 Best Things to do in Province of Granada, Andalucia

There’s an Arabic inscription that captures the essence of Granada in a few words: “There is nothing so sad as to be blind in Granada.” The perspicacity of this declaration becomes obvious as soon as you penetrate the austere walls of the Alhambra and take in the full majesty of the architecture, carvings and fountains of the Nasrid palaces. Your ticket (which should be bought well in advance following the instructions on the attraction’s website) also affords entry to the Renaissance Palace of Carlos V and to the exquisite gardens of the Generalife. If you are celebrating a special event, or are in the market for a splurge, you can stay in the lovely Parador, right on site. Make your way down into the city via the atmospheric old quarter of the Albaicin, with its tiny craft shops and restaurants, and head for the Cathedral and Royal Chapel. Also plan a visit to the crypt for the tombs of Ferdinand and Isabella, the instigators of Spain’s imperial adventures to the New World and beyond. It’s worth making the short journey out of town to visit the Monasterio Cartuja, a fabulous Carthusian monastery in the baroque style. Admirers of the poet Lorca should make the effort to visit the Casa-Museo Federico Garcia Lorca in Fuente Vaqueros, about 11 miles from the city centre.
Restaurants in Province of Granada The second most visited site in Europe: this breathtaking palace-city is a sophisticated blend of medieval Islamic, Renaissance Christian and modern architectural styles..

A wonderful experience, palaces, wonderful gardens, etc etc. take time to explore, best on your own ... book online the general day pass on the official Alhambra site (well in advance/months before you plan to go, as they are sold out fast) and take the time to enjoy the vast „Alhambra sight in the different day lights. Take Buslinie C32 and C 31 to get to the main entrance of the Alhambra ( Tickets 1,40€/person, available on the bus), it is quite a steep walk from the city center... 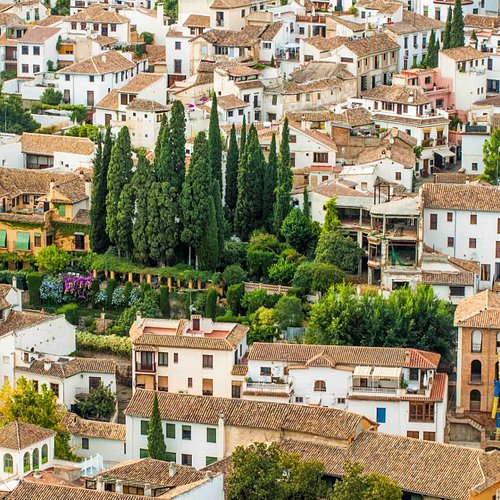 Named a World Heritage Site, this is the old Moorish quarter of Granada.

ALBAYZIN is a district in the historical city of Granada that retains its name and look from it’s Moorish past, when it was ruled by Muslims.The place has many places to see, colorful shops and restaurants to eat. Albayzin has narrow streets and has a hilly landscape. A good walk up to the top of Albayzin to see Palacio Dal al Hora, or “Mirador San Nicolas” provides a great opportunity for scenic views and an escape from busy streets of Granada for a breath of fresh air. It’s a very interesting place to wander about and see historic buildings and medieval looking streets like “Calle Elvira”, and in particular its steep off streets (with many colourful Arabic shops and restaurants), Calle Calderería, Puerta Elvira (Granada's city gate), Palacio Dar el Hora (residence of the last Moorish king's mother) and the one I really liked was" Mirrador San Nicolas"(A view point on the top with scenic views of Alhambra,Granada, especially during sunset, see my profile cover picture), along with many other attractions in this interesting place. Albayzin has a strong middle eastern feel and look in its streets with women selling Hina (Arabic tattos) for ladies and men doing Arabic calligraphy. We've been there twice and still can't get enough of this beautiful city with centuries of history attached to it. 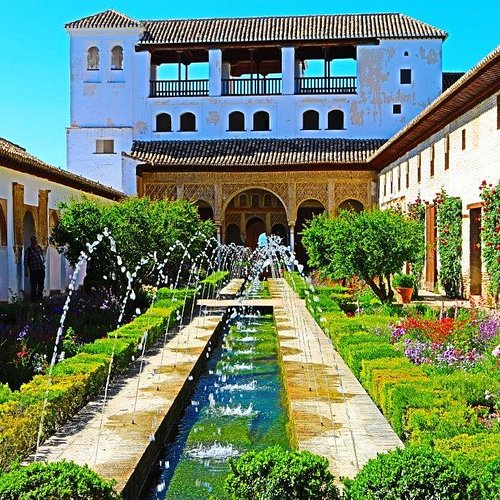 Generalife Palace and gardens are separated from the rest of the Alhambra complex, and it takes 20 to 30 minutes walking through nice botanic gardens to get there from the area where Alcazaba, Palace of Carlos V and Palacios Nazaries are located. The gardens are very beautiful, with a lot of trees, flowers, water fountains where you can see frogs and dragonflies. However, the best part is the Generalife Palace, with stunning rooms with Arabic ornaments. Andalusia's mountainous Alpujarra region features Spain's highest peak, Mulhacén, rising to a height of 3,478 meters. It provides perhaps the best walking and hiking country in Andalucia and boasts many picturesque villages for the less adventurous traveler.

Last year, at the end of September we spent 5 days walking in the Alpujarras region. We visited Lanjaron, a spa centre, where we stayed in the hotel ESPANA. Also went to Treveléz, well-known for its mouthwatering curred ham jamon serrano. The village of Treveléz is the highest in mainland Spain, at 1,486m. The best of best was "Walk 6128": CAPILEIRA-BUBIÓN-PAMPANEIRA length: 3.8miles. It was a lovely sunny day, stunning views and amazing white villages. 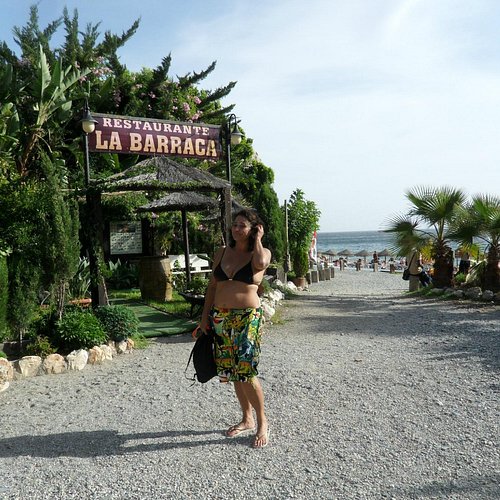 We met this beach by chance and it is a paradise, its landscapes, sunset and its clean water. In the restaurant you eat very well, especially black rice. 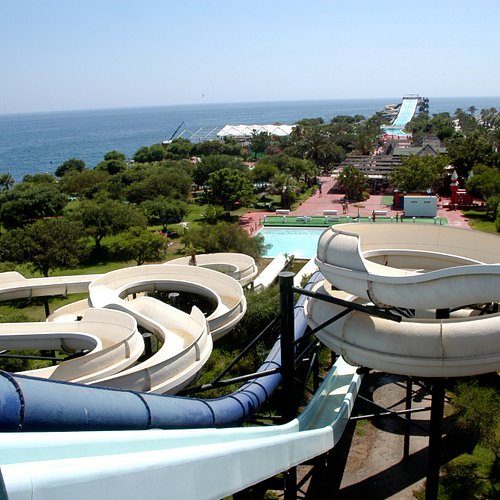 Water Park. Open from the second half of June to the first half of September. Enjoy with your family a spectacular day full of joy and fun

This is an excellent water park with around 8 different slides as well as a pool area with waves, an area for smaller kids and a number of bars, cafes and eating places all on one complex. The place is spotlessly clean and doesn’t take the mickey when it comes to extras - sun loungers are 3 euros each for the day (and most come with a built in parasol), the dinghies you go down 3 of the slides on are a maximum 8 euros for the whole day (you also deposit 5 euros which you get back when you return the dinghy) and even the car parking works out at 3 euros for the whole day. Importantly it’s very safety orientated with lots of lifeguards at every slide monitoring when it’s safe for people to go. And, of course, the slides are great. One last tip - if you go once on your holiday and think you’d like to come back, buy tickets before you leave the park. They’re valid for up to 10 days from the date of issue, they’re 50% cheaper than the normal price and you don’t have to queue to get in when you go back. 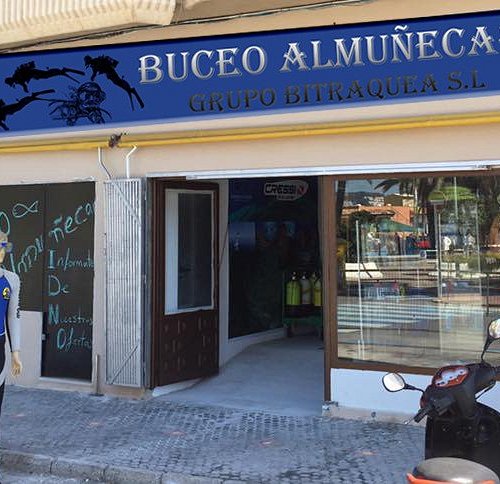 It is perfect for the early morning sunrise, the late sunset or anything in between. The views are why you hike up to the top and you can even find some locks of love. These are the iconic rocks that jet out to the sea, but you have nice views of the castle, town, beaches, sea and mountains too. Great photo spot. Each time we have visitors, this is a must do location. 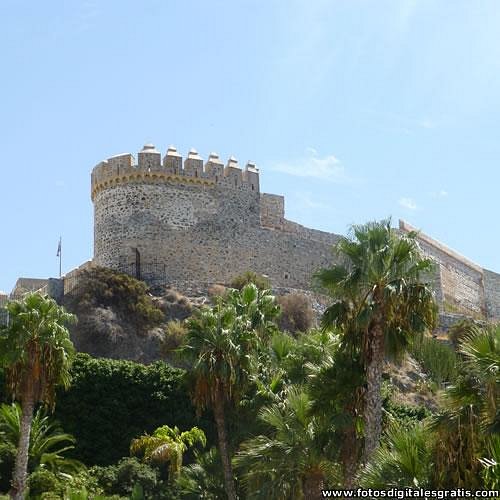 Great overview of the old town of Almunécar and the surrounding as well as Costa Tropical and Playa Velilla. 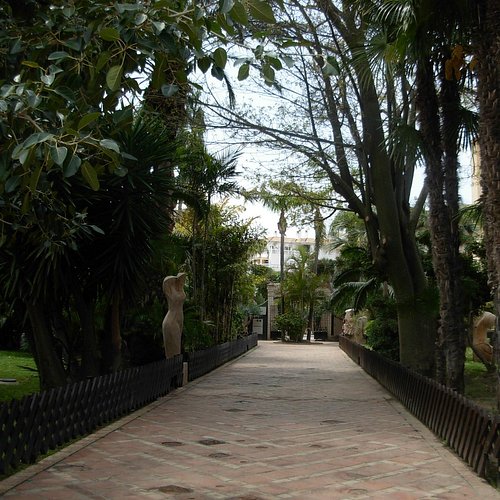 I love this green oasis in the city. There are sometimes fairs and events held here too and there are sculptures for art lovers. Definitely worth a leisurely stroll on a hot day. 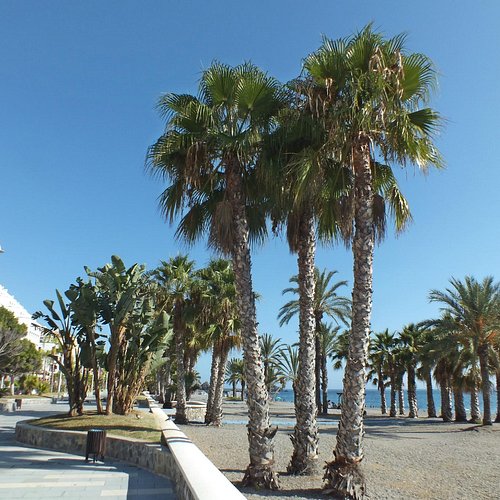 We spent a night at Hotel Casablanca. Worth a visit, nice beach bars, mini zoo and botanical gardens all within walking distance. And of course free Tapas ????