The 10 Best Things to Do in Oristano, Italy

Oristano [oriˈstaːno]  listen (help·info) (Sardinian: Aristanis) is an Italian city and comune, and capital of the Province of Oristano in the central-western part of the island of Sardinia. It is located on the northern part of the Campidano plain. It was established as the provincial capital on 16 July 1974. As of December 2010, the city had 32,165 inhabitants.
Restaurants in Oristano 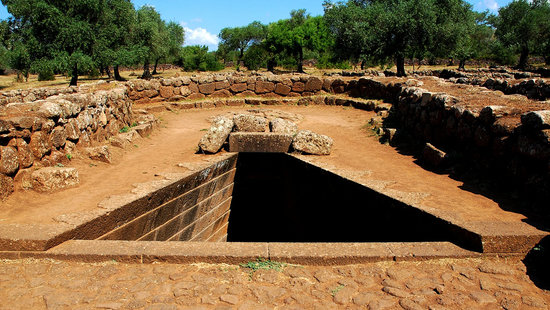 The 5E per person admission includes the 3 sites here (sacred well, nuraghe village, christian church + village) as well as the Etnografico museum in Pauillatino. The sacred well is very unexpected and found inside keyhole shaped walls inside almond shaped walls. The well is made of almost perfect cut stone while the walls are made of rough stone - quite the contrast. The nuraghe village is nice in a pretty shady setting highlighted by one tower structure and two interesting barn structures. We just walked past the Christian church and village - pretty but the church wasn't open and is relatively new construction anyway.
The Etnografico museum in Pauillatino is housed in an interesting 'palace' type building but unfortunately was closed from 1-3pm when we got there in early November. Give yourself an unique and unforgettable experience,- charter a sailboat with an expert skipper by Sinis Yachting,and go visiting the "Marine Protected Area of the "Penisola del Sinis-Isola di Mal di Ventre", the wild "Costa Verde" and the most beautiful coastlines of western Sardinia. Going out from the harbour of Torregrande, you will have a good time taking the helm and maneuvering the sails ploughing the Gulf of Oristano,for a day tour or for even two or more days. Once we've found the correct bay for you, we'll serve you a nice appetizer,or on reservation, a tipical sea-food lunch or a romantic dinner. In the cruises, than at least two days with the night stop on board, you can choose whenever you would like to wake up in the front of a desert beach or in a picturesque harbour. Wind in your hair, wonderful nature,snorkelling under an amazingly clear sea, adventure and relax!

The boat itself was great, very large, with two cabins below, and very comfortable up top. The trip itself was a great mix of interesting sights, swimming, and visiting beautiful Beaches. And the crew itself was excellent, very informative interesting, and nice. Overall, an excellent day, well worth the price if you have the opportunity to do this. Highly recommended. 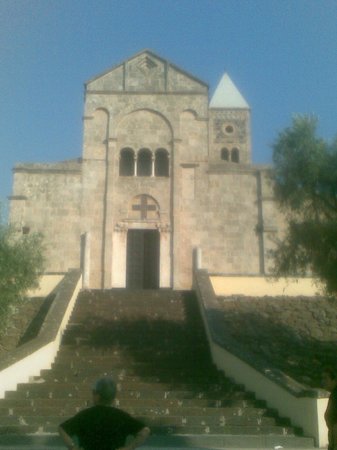 A imposing building from the outside situated at the top of a large flight of steps and an open square. Internally was ok but less than expected from the outside. Do visit the crypt to the right of the main altar. 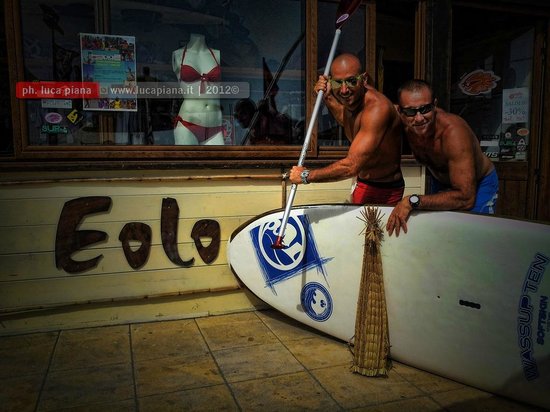 I contacted sevral windsurf school in Sardinia and they were clearly the most reactiv of all, giving me informations and finding solutions on everything I needed. This is without saying that on my arrival they found ways to make my stay as easy and nice...MoreGrazie !!!! i hope you come back in Sardinia ...we wait 4 you best regarde eddy and all staff 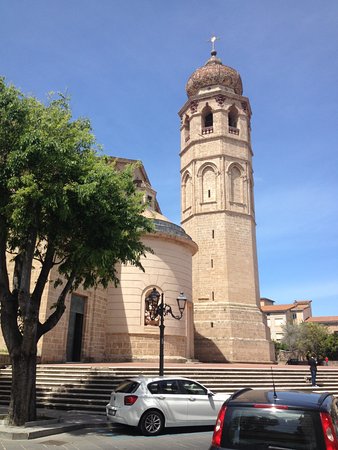 This Cathedral, unlike others on the West coast, does not 'close for lunch'. It is open 9-7 in the summer and 9-6 in the winter. It is impressive both outside and inside. So far as works of art are concerned, a highlight is the 14th-century wooden carving of the Madonna by Pisano. It is located in the far left chapel (looking from the altar), the Chapel of the Annunciation. Reviewed By carolineenwillem - Zoetermeer, The Netherlands

Mura medievali is an interesting part of the old city. Apart from this wall and some churches, Oristano has little to offer. We had expected more to visit and see. 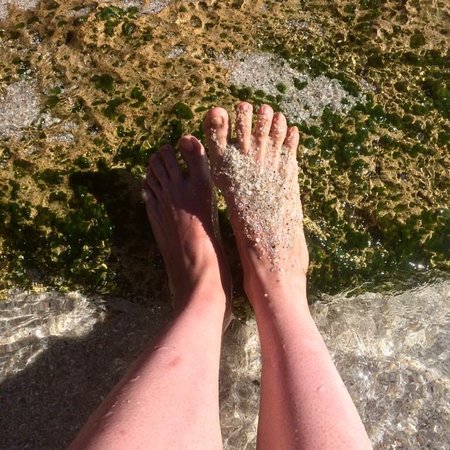 Reviewed By WilcoVeerdonk - Veghel, The Netherlands

Yes, it is something special; a beach full of quartz "grain". But the nice rosa colouring we did not observe. Without this you get a relatively small beach that steeply declines in the sea, so not very accessible for young kids. There is one beach bar, but this is probably one of the dirtiest I have seen in my life. 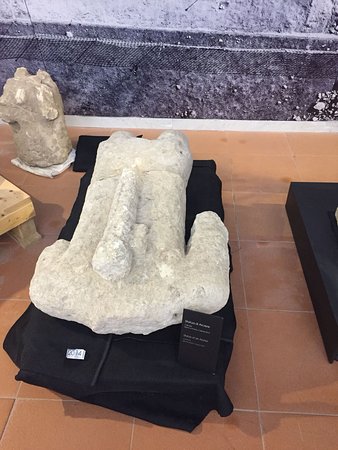 8 Euro for a combined Tharros and this Museum ticket. Can also add in a visit to the old Spanish Tower for a reduced price triple ticket. The museum is located right in the town of Cabras. It's a good museum with well set up showcases of local antiquities. Unfortunately only about 20% of the information boards are in a language other than Italian so that was a bit disappointing. The few English boards were well laid out and informative. Allow 30 minutes unless you can read Italian. 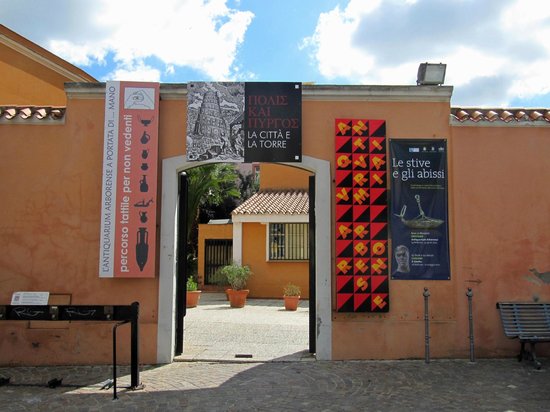 The Antiquarium Arborense, founded in 1938, is the most important museum in the province of Oristano: it shows a large number of archaeological finds which date back to different ages (Neolithic, Nuragic, Punic and Roman period), coming from the city of Tharros and the Sinis Peninsula. The Museum houses an important picture gallery, with the surviving panels of three retables (painted multi-panel altarpieces): the retable of Saint Martin (15th century), the retable of the Holy Christ (1533, by Pietro Cavaro from Cagliari) and the retable of the Councillors of Oristano (1565, by Antioco Mainas from Cagliari). On the first floor there are the plastic model of Tharros (4th century AD) and the plastic model of Oristano (14th century AD) during the age of the Giudicati, when the city was defended by imposing walls. The Antiquarium Arborense is the only museum in Sardinia with a section for blind and visually impaired people, with the most beautiful manufactures of the museum and the reproductions of valuable artefacts of Oristano's cultural heritage. The artefacts, made of different materials (ceramic, plaster, bronze, wood and marble), are chronologically ordered and information is available in large print, audio and Braille formats. Guided tours in the Museum and in the historical centre of the city of Oristano are available in English, French and Spanish language (booking is required).

Lots of things on display. We got a guide who was very enthusiastic, but I couldn't follow the Italian. An interesting room where you're supposed to touch everything,, good for kids. But I just felt that I was in a museum that I couldn't connect with. 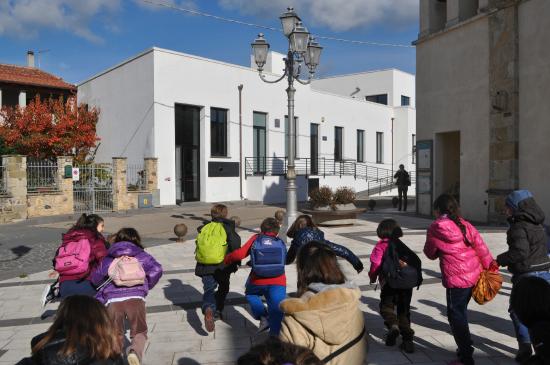