The 10 Best Things to Do in Old Town, United States

Old Town is a city in Penobscot County, Maine, United States. The population was 7,840 at the 2010 census. The city's developed area is chiefly located on relatively large Marsh Island, though its boundaries extend beyond that. The island is surrounded and defined by the Penobscot River to the east, and the Stillwater River to the west.
Restaurants in Old Town 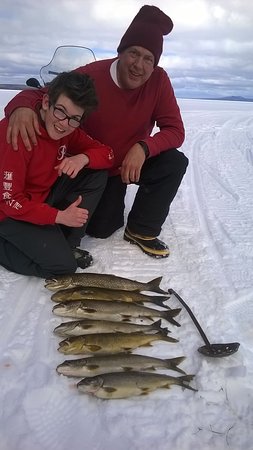 Join Kevin Tracewski, author of the best-selling book, A Fisherman's Guide to Maine, on a trip to some of the best fishing holes in Maine. Float a river for smallmouth bass in a custom Hyde driftboat, or hike into a remote trout pond or stream. We do lots of trips for visitors to Acadia National Park (Bar Harbor)and enjoy hosting families because we make fishing FUN!!!

I've been fly fishing for almost 30 years and engaged dozens of guides. Our recent Penobscot River float with one of Kevin's guides, Zach, was not only the highlight of our trip, but one of the best guide experiences we've ever had.

The conversations started well before the trip. Kevin helped us with some trip planning which was very well done. He asked for a little extra for that. We were advised about lodging, sightseeing, out of the way restaurants, etc. All well done.

My wife hasn't fished for years, so we requested spinning gear for her. I was concerned she might have forgotten how to cast and retrieve, but after a few polite tips from Zach I felt like I had Roland Martin in the bow of the drift boat and she was outfishing me!

Zach was totally engaging, funny, and helpful when needed. HE thought the fishing was slow, and I guess it was comparatively, but around 35 nice sized river smallies averaging around 15" to hand for a day didn't seem very slow to us at all! Shoreside lunch was well done, always a conversation between the three of us, everything was handled perfectly.

I recommend without reservations engaging Kevin for any trips he does in the region. You will not find better or more accommodating guide service anywhere. 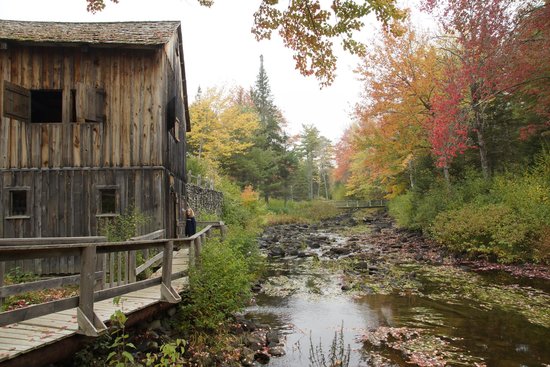 The Maine Forest and Logging Museum, is a nonprofit organization incorporated in 1960. Its focus is on forest resources and culture. It offers weekly programs during non-winter seasons as well as school tours and large public events like living history days. The buildings, collections, research, and the public programs of the Museum are the accomplishments of hundreds of volunteers from throughout the State.

This is the 3rd year in a row we go to Logging History Days. It's not just about the mill. Hands on learning, from bisquits on open fire, making own cider, spun angora, blacksmithing, to trails, horse drawn wagon rides etc. Beautiful time of year. A family membership is only $40 so join and save some money on your large family entry. Or join anyway and give to a good cause. WE LOVE it here. 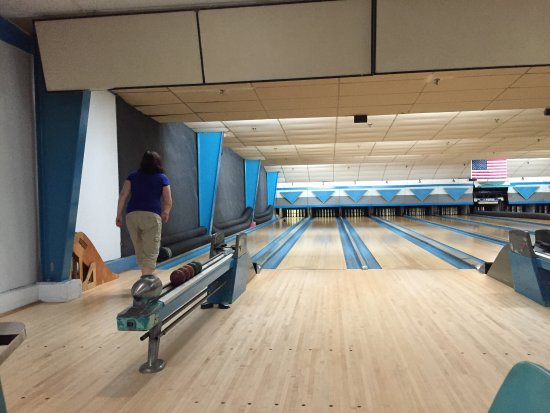 Reviewed By Robbie B

This place is pretty run down but the price for a lane is right and you can't beat the draft beer prices. If you want a fun place that is not going to cost you an arm and a leg this is your place! 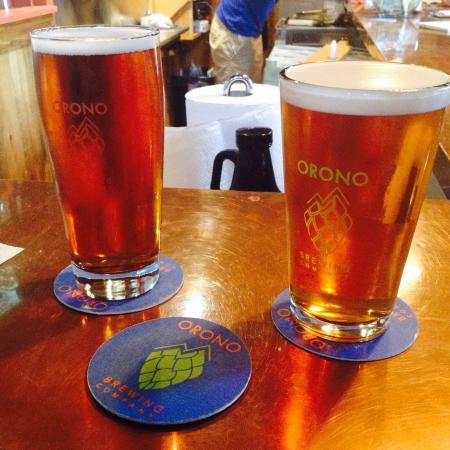 This review is for the downtown Bangor location. Great location, great service and 6 types of IPAs - YAY!!! They have tasty beers. The only real food besides chips is pizza and we shudder to think how long it had been sitting there. Tasty but not recommended. She were there 6pm and the slices looked like they had been there since 11am. Small slices as well. 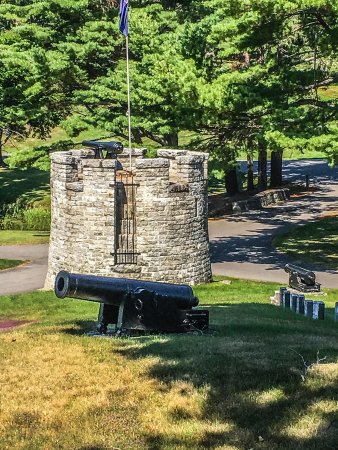 Fantastic location as sun is setting. The hills and small ponds make it one of a kind. Large old grave markers and lots of Civil War participants and monuments. 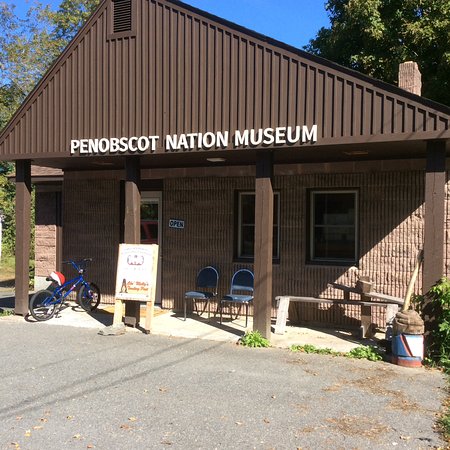 We visited the museum and recieved a very warm weclome from the gentleman there. We watched a film that the elders had made telling the history of the tribe. What a well made documentary. There were all kinds of tribal relics and pictures to look at. I bought a CD made by an elder it was wonderful. He told us of a walkway that went through the village that we could walk with our dogs. There were stations along the trail telling about the native vegetation and what uses they held in traditional medicines. 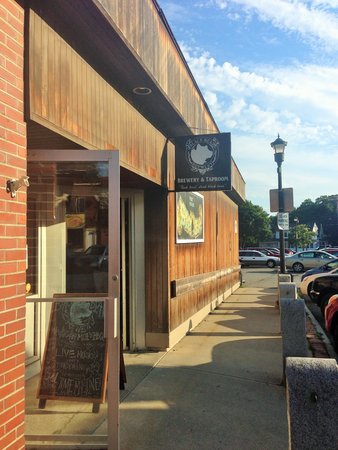 Black Bear Brewery is Orono's family owned and operated microbrewery. We take pride in our hand-crafted beers, using the highest quality ingredients and the greatest care to bring you the finest products. Our tap room is open Monday thru Saturday pouring the beers we make fresh from the brewery. We have a diverse selection of seasonal and tap room releases with our distribution line of draft beers. Come down for a pint or take home a growler. Cheers!

We stopped by this local brewery last week. It was almost 100 degrees outside and a cold beer sounded like a good thing. We have consumed Black Bear brews in restaurants and decided to stop into their tasting room on our way home. What a nice little place they have here! The L-shaped bar seats about 8, and there are maybe 5 or 6 tables also. Beers on tap are what's most recently been brewed, and they cost about $3-$4 a pint. The friendly barkeep didn't ask for cash up front; instead she asked for our name and ran a tab for us. NOT that we asked- my guess is that experience has led them to know that customers will have more than one beer! YOu can also get a beer flight of 5 ounce samples, and purchase growlers to go (which we do regularly... $8 for a half-gallon of beer, $2 deposit on the bottle which isn't charged when you go back for a refill- which you will!). The only food they served was unlimited popcorn BUT they have a selection of take-out menus from the surrounding in-town restaurants and encourage you to order "to go" and bring the food in to enjoy with your beer! I really liked this!! We were there for quite awhile, in incredibly hot weather, but even without a/c, just fans, it wasn't uncomfortable in the tap room. It was a Thursday night, and the place really filled up with grad students on their way home from work, and there was a small combo playing live music. It was really quite nice!! Be aware though; Black Bear Brewery's tap room is only open Wed-Sat, from late afternoon until early evening (8 or 9, depending on day/crowd), although you can make retail purchases anytime you see anyone in the building. We had a really nice, unplanned evening hanging out at the Brewery, drinking FANTASTIC beer (sure do wish they'd do pumpkin stout again this fall... hint, hint!), and are hoping to repeat the experience soon!

8. Hudson Museum at the University of Maine

Features Native American art and artifacts and is co-located with the Collins Center at the University of Maine's flagship campus in Orono. The exhibits are interesting and often you can speak with some very interesting professors expert on the different materials. When you are done, a short walk takes you to the student union for a cold drink & sandwich. The campus is very visitor friendly and safe so this makes a great midway point for families with younger children looking for a very fun and inexpensive daytime event.
Walking the rest of the campus is sure to be enjoyable with the added benefit of seeing some of the Maine teams practicing or playing and the Stillwater River just across College Avenue. 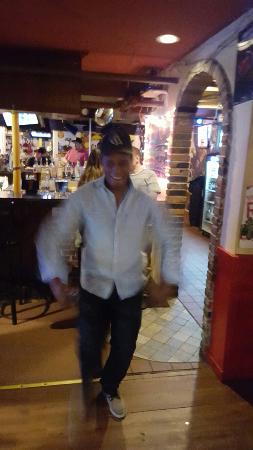 we like to go when the college students are on break, but it is worth it to go anytime to get one of their amazing juicy burgers! My criteria for a great burger is a fresh bun, hand made patties from fresh beef and it needs to be cooked perfectly. Oh yeh that's exactly what they do. It can be very loud and crowded and the service is inconsistent. Price is reasonable. If your willing to risk it all you won't be disappointed!! SK-Tours provides a 3 hour tour around Stephen King's hometown of Bangor, aka "Derry". We will show you 20 to 30 different places that Stephen King has written about, or been inspired by. Plenty of chance for photos, and who knows, you might just catch a glimpse of Stephen King himself!

This is a MUST-DO if you are anywhere near Bangor, Maine! Our tour guide, Stu, was AMAZING! I have a feeling that one learns more about Stephen King and his world from Stu's three-hour tour than one would from actually spending three hours with Stephen King. Stu is gracious, ridiculously well informed, flexible, funny, kind -- and a surprisingly good photographer! Take this tour. You'll love it!!!