Top Things to do in Nijmegen

The 10 Best Things to Do in Nijmegen, The Netherlands

At over 2000 years old, Nijmegen has had a pretty full life. Its transition from Roman military camp to modern municipality has not been without growing pains, but today Nijmegen is thriving, largely because of its lively student population and its status as a hub for political activism. Try to visit during the internationally popular Nijmeegse Vierdaagse four-day walking festival and the epic Zomerfeesten summer party. They happen at the same time, because why not?
Restaurants in Nijmegen 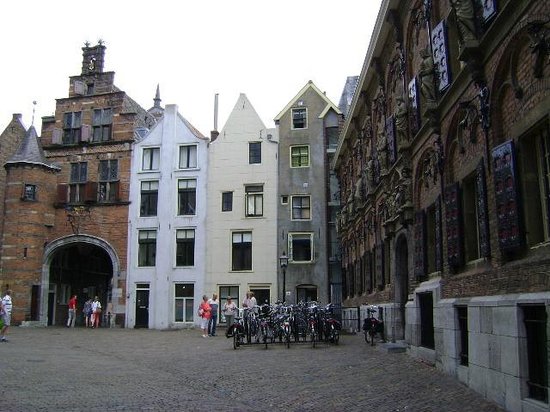 After visiting the over elaborated baroque churches in Italy this was a very great contrast. Clean elegant lines. Awe inspiring because of scale but welcoming because of ambience. A prayerful place despite its dimensions. The primacy of the pulpit and the relative absence of decorative art says a lot about the religious priorities in this community. 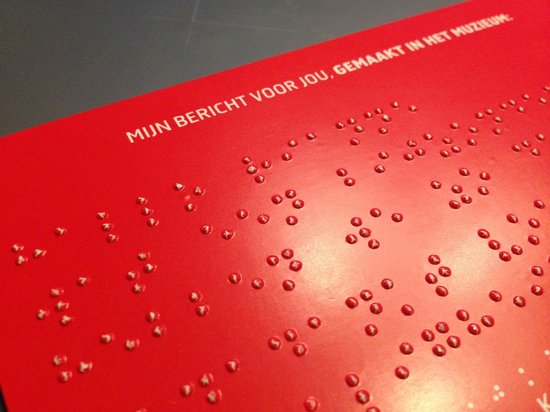 What is it like to be blind or partially sighted? You can read about it or someone can tell you about it from their own experience, but during a visit to muZIEum (muSEEum) you will experience it yourself. Enter a world in which your other senses - hearing, smell, touch and taste - suddenly play a far more important role than you are used to.

We visited the muZIEum with our two teenage daughters today. All of us loved the experience which was totally unique and surprising. We had booked an English language tour a day ahead and everything was nicely arranged. The staff was helpful, the little activities and info nice, the tour was great, giving a completely new perspective on a part of life you normally don't think about. Thoroughly enjoyable and recommendable. 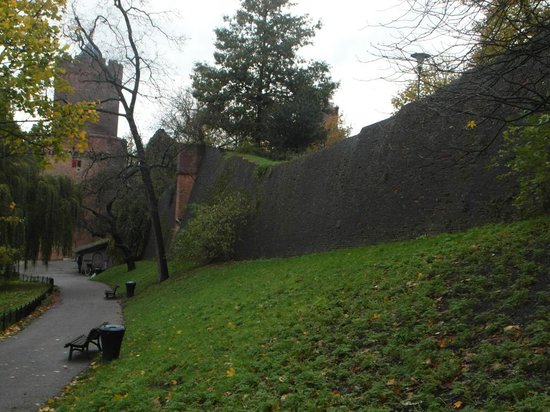 This is a fantastic park. There's a lot of open space, but the old structures being put to modern use is my favorite part. I loved going into the little chapel and seeing a free violin-piano duet going on with a small crowd fitting inside. People set up all over the park to paint or exercise or relax, and the stairs leading down to a cave-like structure, despite not being open to walk to, looks great and fittingly medieval from afar. I hear the park is popular for junkies at night, but during the day, it's very lovely, and great for photo opportunities. 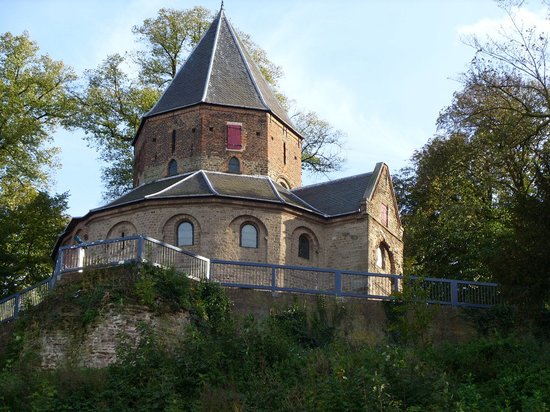 Even though you might not realise this park has 2000 years of history, from the Romans to Charlemagne through the middle ages, Nazi's and nowadays. Some things from the past can still be seen, such as the stNicholas church, the Barbarossa ruins and the Valkhofbunker(Nazi Bunker).
But it's also a lovely park with plenty of benches, grass and great viewpoints of the Waalbrug.

Great central walking plaza with shops, restaurants, and beautiful old architecture. It can be difficult to find in a car, and parking is both hard to come by and expensive. Dutch drivers are very aggressive, and the surrounding streets are very small in some locations. Great ambiance. 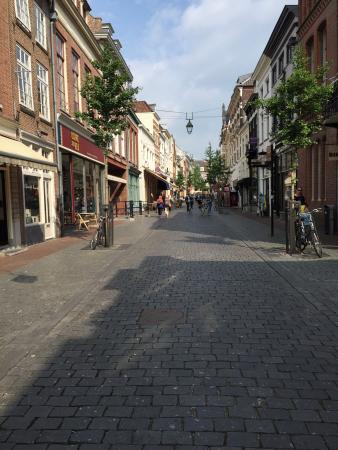 Reviewed By Kentishtownboy - Nijmegen, The Netherlands

Well that is what this ex-BREXIT much travelled ex-pat Brit was told. From the higher market place of Nijmegen one can slide on the cobble-stones, known in Dutch as 'Children's Head's" , past small colourful boutique shops and then into a very old street. So many different shops, a few pubs and places to eat. When you are attracted to walk inside look beyond the merchandise and study the old interiors that can reach back to the 13th and 14th century. At the beginning of this street is a wonderful Cheese Shop. The Dutch are known as 'CHEESE HEADS', but take this as an accolade. Taste the cheese. Drink a shot of Dutch gin and then you will know where the term, "Dutch Courage" comes from. 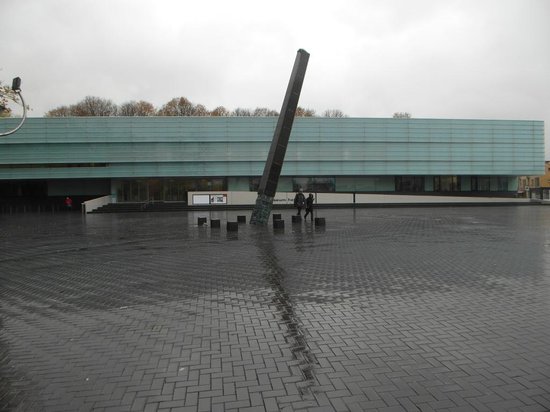 Reviewed By Ronald_jelle - The Hague, The Netherlands

Today I went to the museum, my main reason to visit Nijmengen. The had two temporary Exhibitions which were set up very well. I particularly liked the one about gladiators. This one was very well exhibited, good explanations, it had some nice pieces on display such as the gladiator helmets, also a lot of projections and more to show all about the life of gladiators during the Roman empire.... The other Exhibition was about pollution, also this one was very well done... both are really worth a visit.
As Nijmegen used to be a Roman city you will find all sorts of archeological findings from this period in it's permanent collection. There are also a few paintings from Nijmegen and it's surroundings... But that is just a small collection. Last but not least the also have a pottery collection.
All in all an interesting time here in this museum. For me this was the highlight of my visit to Nijmegen. 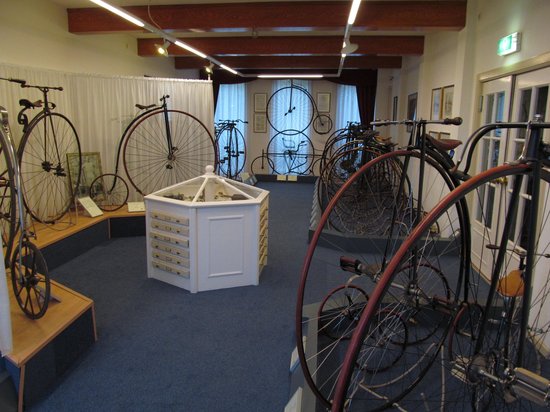 Easy parking by the neighbouring quays, the place is filled with 19th Century bikes and all sorts of bike-related machines. They all are in perfect condition and even though the info panels are scarce and in Dutch only, you can spend a great deal of time experiencing the early days of cycling and the evolution of the bicycle towards its modern shape. No need to be a bike nuts, the display is very interesting and should be everyone's delight on a rainy day. 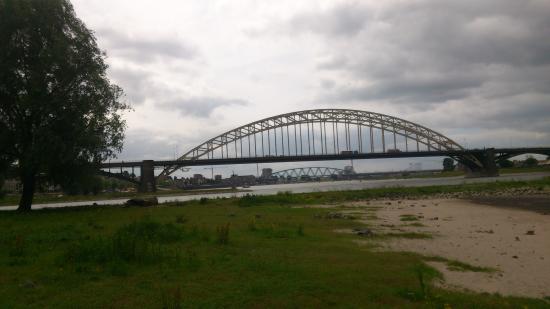 Walking along the busy river Waal in the evening, watching ships go past. River cruise ships dock, spilling out passengers eager to explore yet another quaint little city.
Cafes and restaurants offer happy hour drinks and nibbles at reasonable prices. Definitely recommended for an evening drink before dinner. 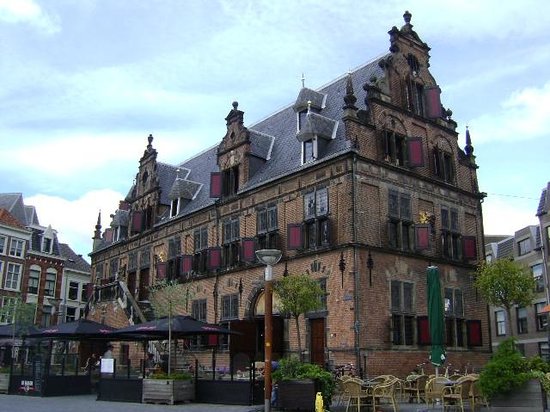 De Waagh is located in the heart of the Grote Markt in the old town. It is a beautiful traditional Dutch building which managed to survive the bombing in World War II.
As it was a pleasant day during our visit, we were able to sit outside. The food and drink were of a good standard. I had five oysters, a plate of Dutch cheese and couple of glasses of IPA.
The cost for two was around EUR 45 which was reasonable considering the location. Service was good despite the busyness of the restaurant.