Top Things to do in Homewood

The 10 Best Things to Do in Homewood, United States

Homewood is a city in southeastern Jefferson County, Alabama, United States. It is a suburb of Birmingham, located on the other side of Red Mountain due south of the city center. Its estimated 2015 population is 25,708.
Restaurants in Homewood 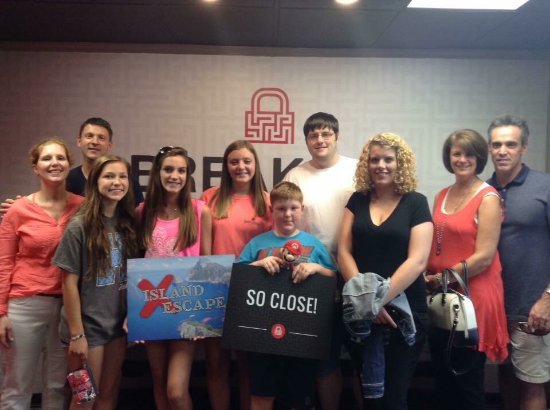 Reviewed By Donna U - Gardendale, Alabama

We did this for the first time with family members. We had 5 in our group and a young couple was added. So we had 7 people for Mystery Mansion, which had a max of 8.

Everyone worked well together and all contributed. We made it out with only a couple of minutes to spare.

An evening of fun! 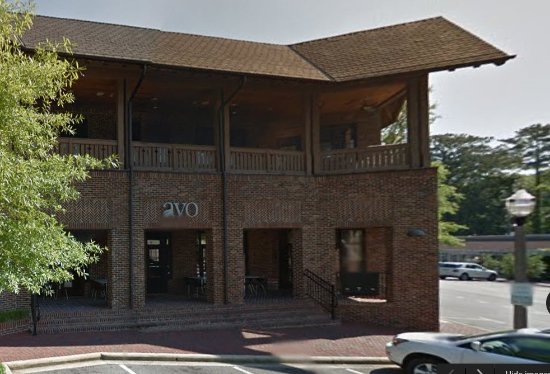 Traveling on business usually doesn't afford the best local fare but if you find yourself in the area don't miss this great local establishment. Great selection of wine, beer and whiskey and some really great pub fare. Had the Gatlinburger loved the fried egg on top (very Aussie). The thin shoe string fries are addictive. 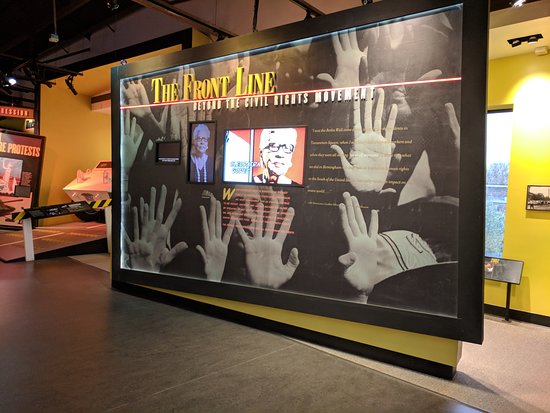 This historic museum traces the journey of the civil rights advocates of the 1950s and 60s, who changed the course of American history. The struggle for equality for Black Americans is chronicled here, from the Jim Crow laws in the 1800s to the freedom rides, sit-ins and demonstrations of the 1960s.

We spent the afternoon exploring the Birmingham Civil Right Institute and I found it a very moving and powerful experience. Being old enough to have lived through the 1950s and 1960s, I already knew the history, but the audio, video, and photographic displays brought it all to life again. It is our history.

The building itself is organized in a circular fashion which progresses chronologically from the 1950s to the present time. There is enough variety in the exhibits to keep you interested. Lots to read, lots to learn. Lots to watch.

I would recommend that all Americans go to this Museum. And probably non-American visitors should go there to get some understanding of the Civil Rights movement in America. 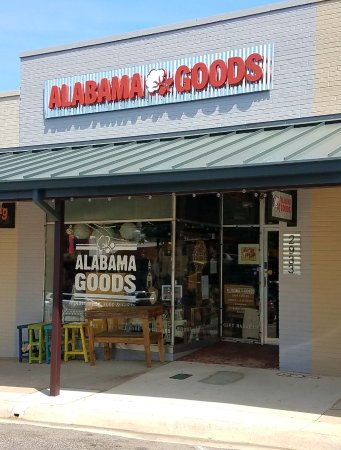 Best place for 100% "made in Alabama" souvenirs and food items, like wonderful sweets -cookies,chocolates, candies- and savory treats galore - cheese straws, roasted pecans and peanuts, like you can only find in the heart of Dixie. They have a year-round Christmas tree for people who collect ornaments when they travel, along with gorgeous pottery, and groovy and affordable jewelry. I love that all of their items are made in Alabama, by Alabamians. Plus, they will ship your treasures if you don't want to pack them. Love this place!!!!

Fun and learning never end at McWane Science Center, a nonprofit, hands-on museum and IMAX(R) Dome Theater. Four floors of interactive exhibits celebrate science and wonder - from an amazing collection of dinosaurs to innovative environmental showcases, imaginative early childhood playgrounds, and an awe-inspiring aquarium. The energy and excitement of discovery spring to life through an extensive lineup of science demonstrations performed daily by talented educators. The adventure intensifies in the IMAX(R) Dome Theater, where wide-eyed visitors experience the sights and sounds of breathtaking films on a 5-story-tall screen surrounded by 3 tons of high-intensity speakers.

Good science center experience. Nice compact museum with something for everyone. Kind of a combination children's museum with a traditional science museum. Our kids had a fun time. Takes a few hours to see everything. It was helpful we were able to use our reciprocal benefits with the Adventure Science Center in Nashville. Went in last weekend. Pretty empty. Sat at the bar and tried a few. Bartenders was pretty knowledgeable and friendly. Beer was just okay. No cold mug and it was not very cold. With all the other very good breweries in the area, this place is going to have to come out with something really good tasting. Didn't find it here this day.

I guess their niche is the low alcohol. No food in sight unless you leave & go to Little Donkey, which, btw, serves some really good local craft beers.

Not impressed. May give it another shot.. may not. 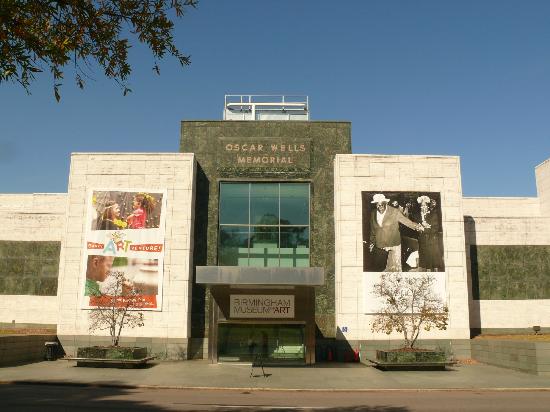 This three-story museum houses an eclectic selection of art, including Wedgewood pottery, the largest collection of Asian art in the Southeast, Native American and African art, impressionism, contemporary art and American landscapes.

This museum is essentially free (donations of $3 are suggested) and more than worthwhile. The biggest surprise is the diversity of its collection; not only does it offer a sampling of American and European art, but it also contains a large collection of Asian art and a nice presentation of African art to illustrate cultural aspects. 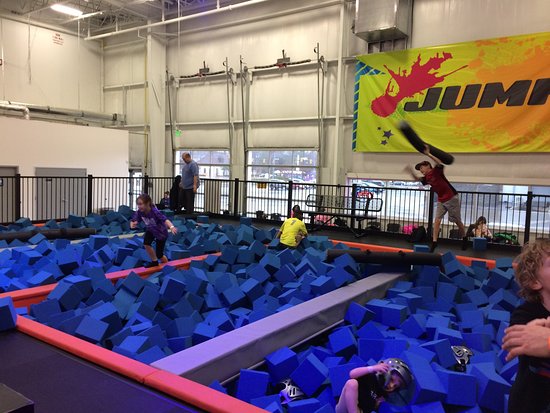 Our Homewood Trampoline Park is the perfect destination for Birmingham metro area including, Mountain Brook, Fairfield and Midfield Trampoline Park enjoyment, and will provide weekly events and kids birthday parties for all ages and fitness levels.

We've been to a couple different trampoline parks around the US and this one was not only a lot of fun, but the price was crazy cheap compared to what we normally pay. There are lots of different things to do beyond the normal trampoline stuff and this place is great to wear your kids out!! 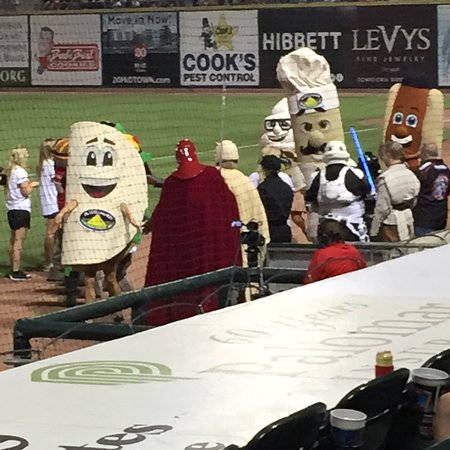 Parking isn't great, but what do you expect when the field is downtown. The field and the park itself are beautiful, lots of food options, lots of drink options--including alcohol. Lots of picnic tables in the outfield, and a lot of space for kids to play/things to play on. Truly a family experience. They also love getting the crowd involved in between innings. A lot of fun for the whole family. 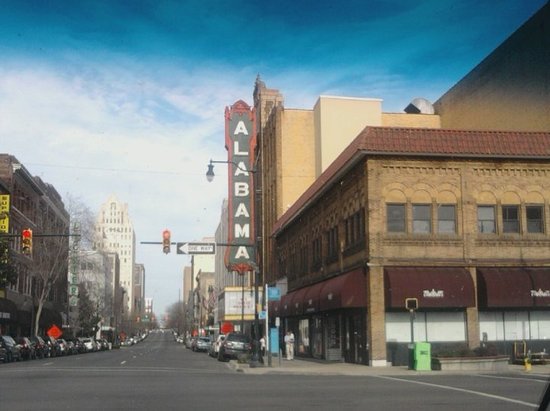 After a complete restoration, this historic venue once again shows its 1927 grandeur.

My dad and I used to go here when I was a kid. I recently visited the Theater a week or so ago. Its exactly the same. Its a very old venue but it still has old southern charm. I always thought it was magical. There is just something about it when you get in there. If you are going for a concert or to watch old movies, its just perfect. I would highly recommend it to anyone. It could however be in a bit of a safer area, but its worth the risk.