Top Things to do in Cloudcroft

The 10 Best Things to Do in Cloudcroft, United States

Cloudcroft is a village in Otero County, New Mexico, and is within the Lincoln National Forest. The population was 674 at the 2010 census. Despite being located in an otherwise arid region, its extremely high elevation (8,600 feet (2,600 m); one of the highest in the U.S.) allows for a relatively mild summer that makes it a popular tourist attraction in West Texas and New Mexico. It was named by Fodor's in 2002 as the Number 3 "Most Overlooked and Underrated Destination Spot." Tourism remains the primary economic driver of the village.
Restaurants in Cloudcroft 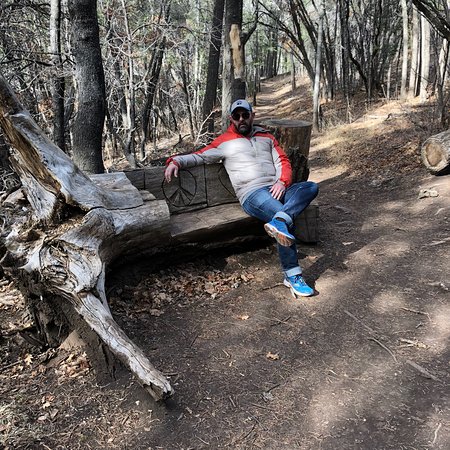 This trail had been recommended to us and we stopped by the trailhead driving between White Sands National Monument and Ruidoso. White we opted not to actually hike the trail because of the snow going up there was well worth it just seeing the beautiful area. 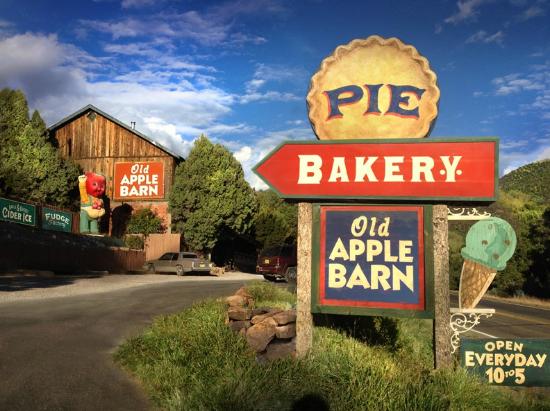 Open DAILY ALL YEAR 10 to 5. The Old Apple Barn was built in 1941 and is a carefully restored apple processing barn from the WW2 era. Now a thriving vintage emporium with a bistro, Fudge Factory, vintage sodas and Pie Bakery. It is a destination with hundreds of vintage styled items from days gone by. Popular with families and hearty travelers.

High in the mountains a incredible artist location - some food and snacks. Spoke to the owner one of the largest displays of craft "stuff I've seen. Plus art work of hers and others in the community.
It is in the middle of no where - worth a break and stop by... Just a unique place!!! 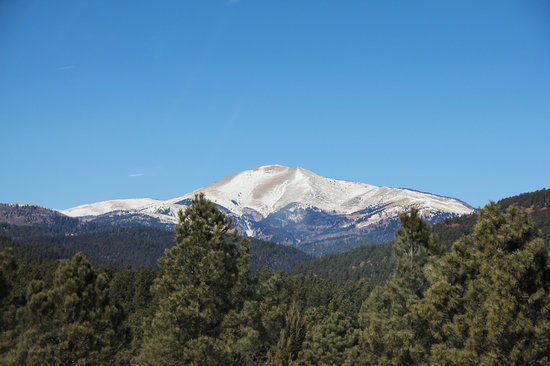 This vast 1.1 million-acre forest region is comprised of separate recreational sections including Ruidoso Valley, Cloudcroft and Carlsbad, which are all located throughout the southern Rocky Mountains of New Mexico.

So many hikes...depending on what you are seeking. Big Bonito, Little Bonita and Argentina trails are some favorites: beautiful soaring pines overhead, some water crossings, wildflowers in the spring, easy to moderate out and backs. Driving to the trailhead takes some time and includes some gravel and dirt. Mills Canyon trailhead is easier to access and has some easy epsections, or can be done as a multiday undertaking that is strenuous in some parts but rewards with incredible vistas. We've seen bear and elk on some of the longer hikes. Crest Trail runs all over the place...the hike to Nogal Peak on Crest is high elevation, woods then open green mountaintops...gorgeous. Look for horny toads everywhere in the spring. 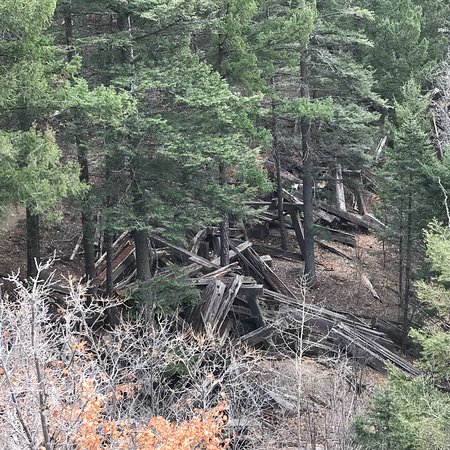 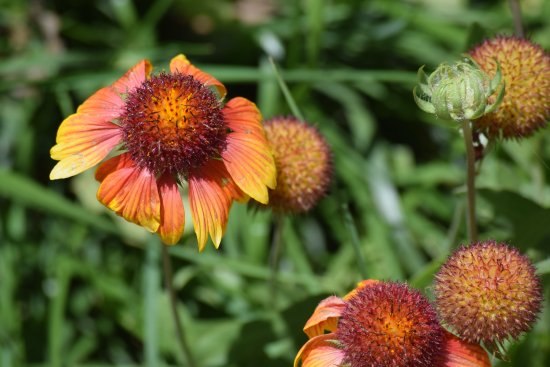 Gallery with local art and crafts by gifted craftspersons; the perfect place to find that New Mexican gift. Affordable local art, western and eclectic. Hot coffee and wi-fi; stop by! 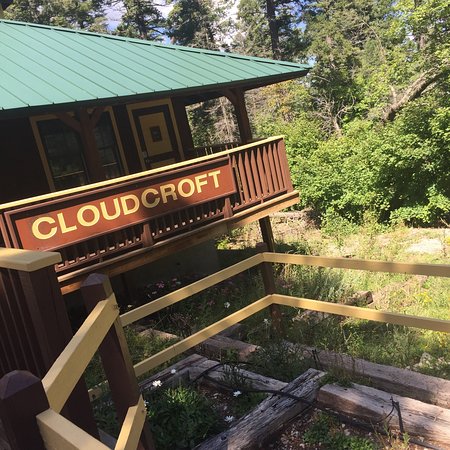 We bought Subway sandwiches in Alamogordo, but wanted to eat somewhere outside near Cloudcroft, our home. We chose the Trestle Recreation Area since there were picnic tables there. The area was very clean and the Trestle Trail started just beyond our table area. Several families went hiking on the trail. We didn't hike this day, but plan to do it another day. Can't wait to mark this trail off my "bucket list".

7. Off the Beaten Path 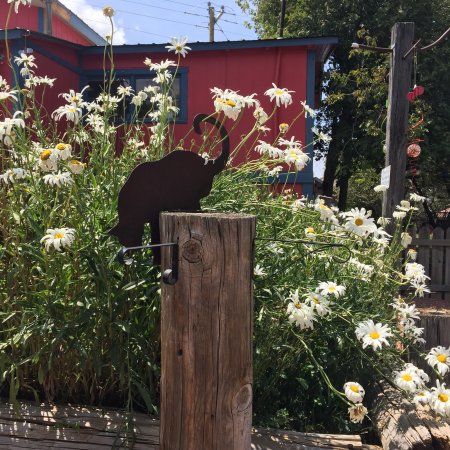 This is my "go to" place for finding special items for our little cabin outside town. We visit our getaway two or three times a year, and I must stop by. I also like to take home unique little gifts to keep on hand at home. I always find something, and I love that the owners have info available on the artists they feature. Friendly shop owners top off a great experience. And their fur babies are cute!

This takes one through some forests and high grasslands. There are occasional private houses, but most of it is in the Lincoln National Forest. 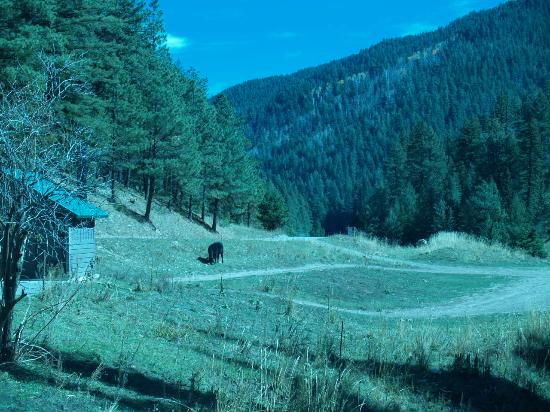 This is a rough drive but well worth it for the beautiful scenery! When you get to Bluff Springs there is a small, but lovely waterfall! There are many hiking trails too. Some of those can be treacherous with loose rocks so come prepared with the correct shoes!! We had a member of our group in sandals & that didn't work out too well, at least on the Willie White trail head. It was still fun with clear water at the falls & in the creek. It is very remote, no cell service! We come to this waterfall every time we come to Cloudcroft during the Summer months, but this was the first time we had hiked the short part of Willie White trail. 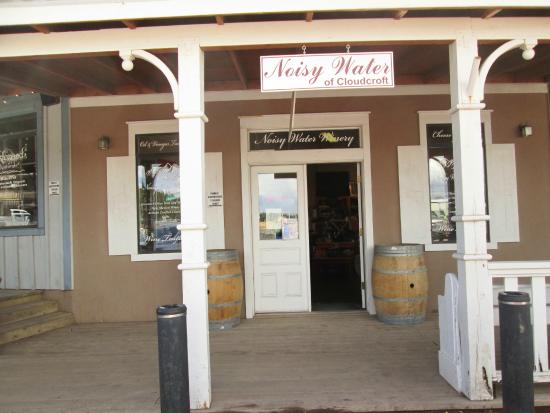 Because this was mid-week we were the only one in the store. Sue graciously allowed us to take our time tasting the few olive oil and balsamic vinegar. Be forewarned their pricey, as DH had sticker shock when he saw our final bill. Sampled some of the local cheeses as well, bought the horseradish cheddar and bacon cheddar. Again pricey, but will make a nice treat. Charge is $5 each for tasting three wines. But as we more intent in tasting just what we wanted to buy, i.e the Gewurztraminer and Hatch chili wines, she waived the fee, and gave DH a healthy taste, which he could share with me. Bought all three; the "white green chili" wine is actually green. Will be a fun thing to share at our next neighborhood dinner.