The 10 Best Things to Do in Bad Kreuznach, Germany

Bad Kreuznach (German pronunciation: [baːt ˈkʁɔʏtsnax]) is a town in the Bad Kreuznach district in Rhineland-Palatinate, Germany. It does not lie within any Verbandsgemeinde, even though it is the seat of the like-named Verbandsgemeinde. Bad Kreuznach is a spa town and the seat of several courts as well as federal and state authorities. Bad Kreuznach is also officially a große kreisangehörige Stadt ("large town belonging to a district"), meaning that it does not have the district-level powers that kreisfreie Städte ("district-free towns/cities") enjoy. It is, nonetheless, the district seat, and also the seat of the state chamber of commerce for Rhineland-Palatinate. It is classed as a middle centre with some functions of an upper centre, making it the administrative, cultural and economic hub of a region with more than 150,000 inhabitants. Moreover, the town and the surrounding areas are renowned both nationally and internationally for their wines, especially from the Riesling, Silvaner and Müller-Thurgau grape varieties.
Restaurants in Bad Kreuznach 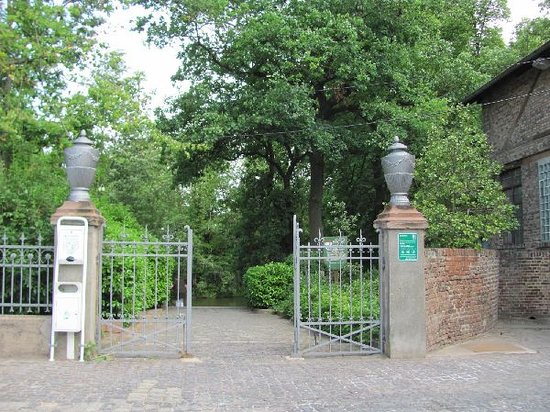 “Heimat der Exoten”. It is the largest park of the city and is located between the Kauzenberg and the old town. Amalia von Anhalt-Dessau, Andreas Recum and the family Puricelli created here from1778-1900 in the emidiate vicinity of a medieval country house a landscape park. Amidst of it a Manor located next to a pond. In the park many rarities, Pagoda Tree, Swamp Cypress, Ginko, Kentucky Coffeetree, Persian Ironwood Tree (Parrotia persica), Northern Red Oak and many more exotic species. The Park is an island of tranquillity and peace. Via a small forest one can get to the Kauzenberg, this small forrest separates the Park from the Wellness area. 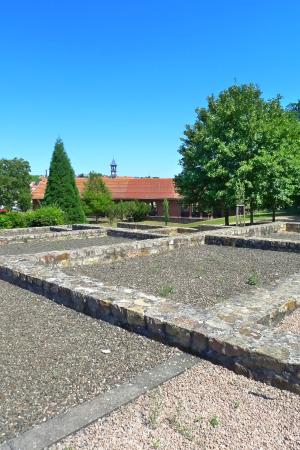 Great place to visit for ancient Roman ruins! Anya is super nice and speaks great English. I definitely recommend a visit to this wonderful Roman Villa, but it's more of the ruins of ancient palace as a whole dating back to around 234 A.D. Amazing mosaics!

This was my second trip to Bad Kreuznach. The first was more than thirty years ago when my father was stationed here at Rose Barracks. The city has moved on since my last stay, but still retains its charm and friendly citizens. 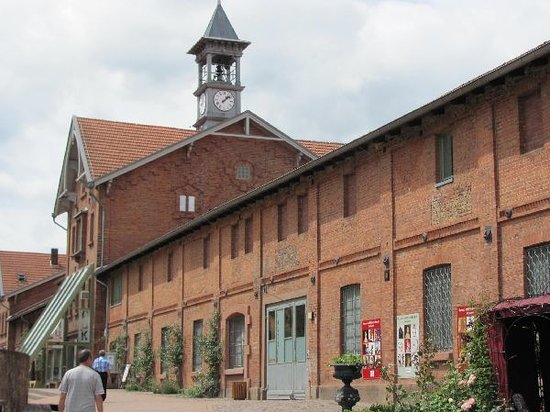 One can park the car at the museum (the Bangert museum and its park are located next to the museum as well). If we have to mention one favourite in this city, this is the one. The first room was a bit dissapointing to us, as this was meant for childres, from then on it only got better. With ajoining work shop, private theater with regular preformances and stations to try oneself. Opened in 2005 and houses the extensive collection of Karl-Heinz Rother, now owned by Rhineland-Palatinate. A 600 m² permanent exhibition about the world of figure theatre, different kinds of puppets theatres from all over the world and the range of the figure theater 20th century in Germany are exhibited, the development from popular entertainment to the independent theatre genre as well as TV puppet theatre. Among the exhibited objects: the original Hohnsteiner Kasper of Max Jacob, the Hänneschen Theatre from Cologne, productions of Carl Schroeder, the functional Fliwatüüt, the entire three editions of the TV production Robbi, Bo and the Fliewatüüt (built and portrayed by Albrecht Roser, Friedrich Arndt, Rudolf Fischer) and much more. Yearly a variety of changing Exhibitions (in 2008 it was Astrid Lindgren and the work of Professor Albrecht Roser). The district at the mouth of the Ellerbach in the Nahe River is called Small Venice as the houses stand near the enbankement. Actually, this is the view on the backside of the adjoining houses. When we visited for weeks Germany (as the rest of Europe) were going trough temperatures above 34°, therefor the river did not have much water in it. Never the less were the row of houses at the embankement a beautiful sight. 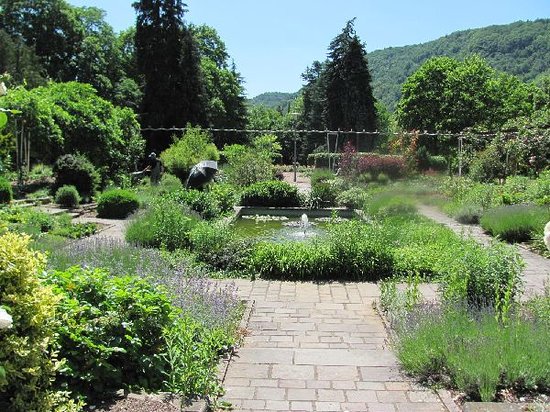 The Oranienpark, located in the middle of the spa area, is in fact a symmetrical baroque garden. A pergola with roses and wisteria encloses a water basin with small Fountain and rose beds. 120 Partly very old trees create shaded areas and inviting resting places. In the Oranienpark is also in one of the most beautiful mini-golf courses in the country. 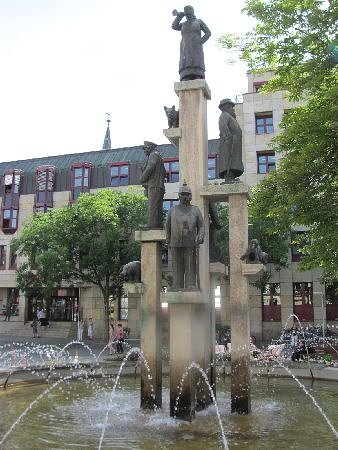 A square with picturesque houses where since more than 200 years the weekly market takes place. The Kornmarktbrunnen (fountain) is the main attraction of this square. The Fountains were created in 1975 by sculptor Karl Steiner, depicting some acclaimed citizens from Bad Kreuznach: "sjandarm" Gustav Hermann Wiechert was a Prussian police officer who was fond of wine and who was the horror of the market women. "The goulash" alias Heinrich Saam was known for his preference of spicy stew. "Debbedee" Fritz Braun was by numerous residents and friends known as newspaper seller, also actor, also cinema employee and usher. "Probeck Marie" or "Marie with the Feierblos", accompanied by a cat, alarmed untill 1929 people in case of fire with her "tuut". "Gosling" Franz Ganz was a meager wandering musician who amused people of any age with his organ. The church is only open at set times. Though it still should have been open for half an hour the interior was already closed, so we only saw its exterior. About its history: St. Paul's Church was built 1332 on the isle between both city districts on the initiative of Johann II, count of Sponheim. Originally designed as a chapel, a Gothic church arose with three-aisles, a transept and a flèche over the crossing, the church was dedicated to our Lady, saint Kiliaan and saint Maarten. 1340 the cemetery on the Wörth was added and in 1400 the tomb of the counts von Sponheim in the Gothic choir. In the early days the church was often flooded, the worst one in the spring of 1458 which caused great damage and many altars were destroyed whilst further construction was put on hold as first the required repairs had to be dealt with, 1516 late medieval refurbishments were made to the church, in 1556 Reformation, it took untill 1636 before Jesuit celebration was held again in the choir, 1652 the town took over the church and from then on the church was a Protestant church. During the Palatine war in 1688 the destruction of the neighboring Castle took place and in 1689 the church was largely destroyed by arson by the troops of Louis XIV, only the choir could later be restored as Simultaneum Chapel (Lutheranism, Calvinism, Society of Jesus). 1768-1781 Tower and nave rebuilt and dedicated to Peter and Paul. 1840 Reconstruction, 1863-1914 Anglican liturgy. During WWII a failed attempt of detonation by the Wehrmacht to blow up the narrow bridge had fatal consequences: the whole explosion balancing of the attached devices erupted in the direction of the surrounding buildings thus the collapsing the roof of the church, in 1952-1954 reconstruction. Karl Marx’ marriage with Jenny von Westphalen took place in this church in 1843. 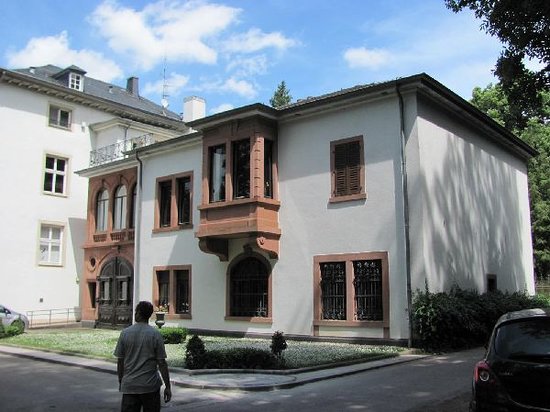 Mentioned in 1326, in the Renaissance it was a castle, probably destroyed during the thirty years war and in 1668 replaced by a new building. 1768 Sold by Johann Philipp von Hartung (head of Administration) to Princess Amalia von Anhalt-Dessau. On the foundations she had built a representative House in classicism style. 1860 Owner Otto Freiherr von Recum, industrial Carl Puricelli bought it in 1881 for his son Heinrich Puricelli, he had the manor extendedwith a two-storey wing and Coach House which served ad residence and utility buildings. Its 19th century interiors are largely preserved: hand-crafted in high quality is the hunting room with built-in rifles Cabinet. The Munich Royal Warrant of Appointment carpenter Anton Pössenbacher, who equipped castle Neuschwanstein and castle Herrenchiemsee for King Ludwig II of Bavaria, made the coffering of the ceiling, the decorated parquet flooring, the wall coverings and the carved fixed furniture pieces. On display are as well Urban and historical collections with pre-and early history of the Manor and an overview of the prehistoric past with finds from bronze- and iron age in Franconia. 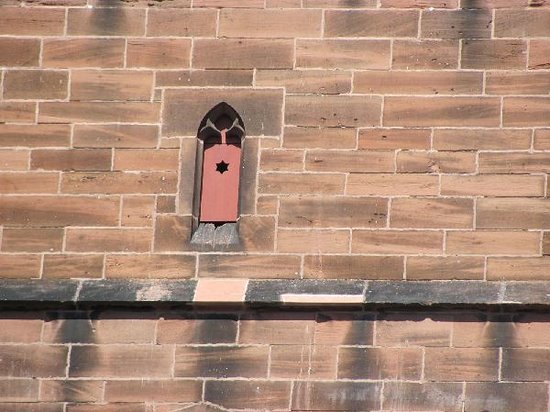 Daily opened from 9 to 17, a pitty we arived past this time, so no pix of its interior. The church is located in the centre and was built in 1895 in Neo-Gothic style (architect L Becker). Nowadays the church had been reconstructed (1947) after it was severely damaged in WW Two. Its interior is a 3-aisled Hall church with a Central facade Tower. It houses a polygonal choir with lateral Our Lady chapel, and a chapel for the sick. It has a short but wide nave, a two floors oratorio, and a circular Gallery at the upper floor. High altar and choir screen in Carrara marble, 1921 wooden sacrament altar: shrine depicting the Holy supper, at its left side: Christ on the Mount of Olives and the marriage in Kana, at its right side Emmaus and the miracle of bread, fish and the victory of God, Tabernacle and Church throne underneath. 1907 Altar of Our Lady: in its shrine Madonna in Halo, at its left side St. Elisabeth, at its right side St. Agnes, at the flanks: at its left side the birth of Christ, at its right side Mary Ascension. Three choir Windowsdepicting scenes from the secret revelation. 1920 Family altar dedicated to the victims of WWI. The crusifix is in neo-Gothic style, 18th century mercy throne. 1895 Pulpit in sandstone: in its niches the evangelists, at the corners st John the Baptist and church fathers Hieronymus, Gregory, Ambrose and Augustine, wooden abat-voix. More sculptures: 18th century Jesus on the easter donkey, 15th century Pietà from Tyrol, 15th century st Disibodus, 15th century st Boniface, 18th century st Augustine, 15th century st Anna with our Lady, 1720 st Bonaventure and st Francis (comes from the high altar of the destroyed St. Wolfgang Church in Bad Kreuznach), 16th century hl Hildegard von Bingen, 16th century st Borromeo, 18th century the four evangelists. 1998 Sandtner Organ with 3 keypads and 41 registers.