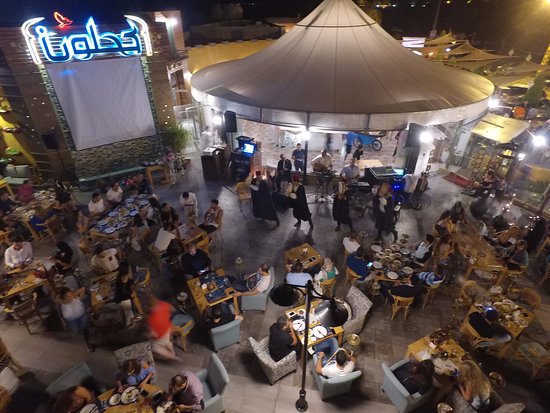 The lebanese food is absolutely delicious at Kahloun ( a name of a village in one of the famous singer Fairouz's play).it is well served,with a very good service. the menu is varied and plentiful, the atmosphere is very welcoming .if you have special guests or an occasion this is the place, book ahead and u won't regret it.Thank you Soukaina H, we're pleased with your Kahloon experience and with your feedback.Looking forward for your next visit :) 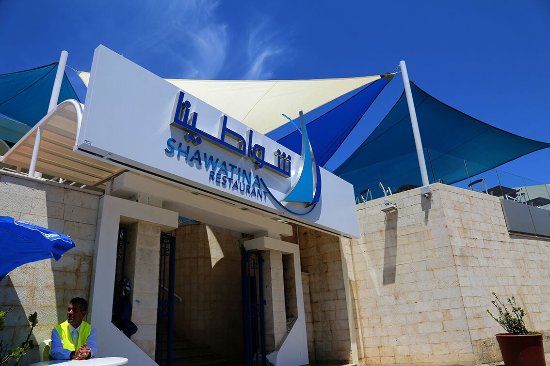 SHAWATINA is a Lebanese and Seafood Restaurant located in the southern Beach Area in Tyre, Sour, Lebanon. The views from every corner in the Restaurant are spectacular and you will see the sea from everywhere. Our Awarded Chefs are dedicated to serve you

The view from this restaurant is breathtaking. It's located on the first floor so you can the sea from above while dining! AMAZING! We tried fresh fried fish with tabouli, baba ganouj , hummus, french fries, vegetarian appetizers, and everything they served was beyond delicious. The restaurant has a very modern and clean decoration, and it makes your trip to Sur just worth it! The staff were very friendly and provided a very good service. This restaurant is a must visit, put it on your list.Thank you! Hope to see you again soon!! 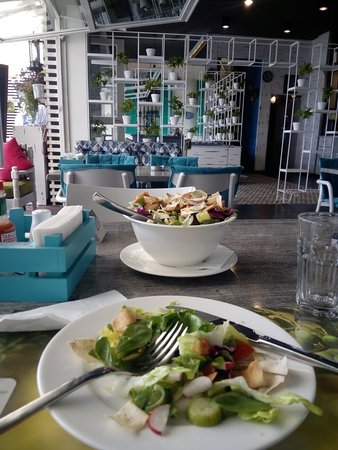 The decor is gorgeous whoever decorated the place and you are also looking across at stunning sea views. The whole street is pedestrianised at the weekend too which is a great time to go and watch the world go by. I went in here on a sweltering hot afternoon for a refreshing mint lemonade and the best fattoush I've had on this trip. The staff were friendly and pleasant. I could have sat there all day but it is just a stone's throw from the Roman ruins. I highly recommend a stop off here before or after your visit. 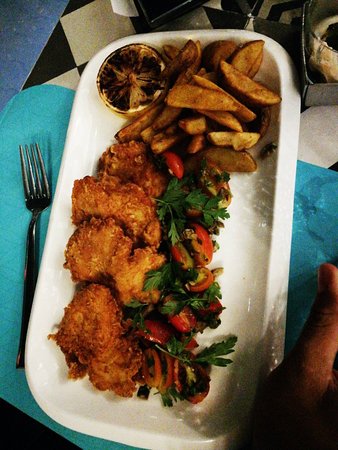 View: 10/10Service: 6/10 Food: 2/10This is probably the longest review I've ever left for any restaurant so bear with me. As a general rule, don't expect amazing or even great traditional Lebanese food in Tyre. If that *is* what you're looking for, consider taking a 3-4 hour drive up north to Tripoli, or even about a couple of hours into the mountainous areas that rise over Beirut. Tyre is considered a beach city where people come to enjoy the beach-not the food. Now that that's covered, let's dive into the actual review. I came with a group of friends to see if Marjouha lives up to the hype and I won't lie, the menu definitely caught my attention. At a slightly higher price point than other places on the same street, I was hoping the food quality would match the price; boy, was I mistaken. They started us off with a serving of zaatar coated grissini served alongside labne topped with more zaatar. I didn't care to try it as I was waiting for the actual meal. We ordered: tabbouleh, mtabbal, mhammara, grape leaves, cheese rolls, fried kebbe, french fries, malseh, and the the mashawi combo platter. We received our drinks and one of my friends was too shy to ask to have her Miranda replaced after noticing a greasy residue on the top of the can, however the waitress kindly replaced it after I asked her to. After the waiter brought our food, the manager came over to style the food for us to take pics and asked us to leave a review after our meal. The tabbouleh was underwhelming and needed salt and lemon juice. The mtabbal was average; the menu stated it would be served with pomegranate molasses and walnuts, but they never made it to the plate. The mhammara was basically a red sugar paste. It desparately needed salt, a sour addition from lemon juice or a tangy pomegranate molasses, and a kick of spice. The grape leaves were sour (a good thing) but they barely had any filling. The cheese rolls were crispy but I'm curious to know what cheese they used because it had absolutely no flavor whatsoever. The fried kibbe were fresh and crispy, but they also lacked salt and really needed a generous pinch of 7 spices. I'm almost sure the french fries were the generic frozen variety and were unsalted to our dismay. The malseh. My issue with this dish is two-fold. The menu states that for raw dishes, the waiter should be asked about availability. I asked the waittress while ordering if the malseh was available and she was supposed to let me know, but she never did. The second issue with this dish was that sure the meat was great, however, it also lacked salt. The bulgur mix served alongside also needed salt, more fresh herbs, and kibbe spices. Finally we arrive to the main dish- the mashawi. For an exorbitant $41(!!) you get 3 shish tawook (chicken) skewers, 3 kafta skewers, 3 beef skewers, 2 lamb chops, a couple of grilled zucchini skewers, some grilled tomato and onion, garlic dip, a tiny dish of concrete-like hummus, and some pita bread spread with pepper paste and topped with parsley and onion. Sounds like a ton of food, no? Except for the fact that those "skewers" are actually the short wooden skewers where you get about 3-4 pieces of meat *per skewer*. The chicken was fine, no complaints there and the same goes for the garlic paste. The kafta fell apart when we tried to pick it up and also lacked salt and pepper. The beef and lamb chops were cooked to death. We were definitely not eating meat at that point, more like chewing rubber and just like eveything else, they severely lacked salt and pepper. When we were done eating the manager came over to ask how everything was. As a frequent traveler to Lebanon I'd noticed that customer service is almost non-existent here. I was pleasantly surprised to see the manager walking around asking tables how their meals were. He finally came over to our table and asked us how our meal was. I asked him if he wanted my honest opinion and he insisted that he did. I told him the view is fabulous, but the service is ok. He was surprised that I use the word ok, expecting me to say amazing. I told him that I I am a food critic and I would be very specific with my review to him. He asked me about my opinion on the food and I told him that it wasn't good. He seemed upset that I said that and asked me to write an excellent review anyway because "that's what people do here". I was insulted to say the least, and I told him that people reading my review would expect my honest opinion and I couldn't just lie and write a good review. He offered us free fruits and some dessert as a kind gesture and even after us refusing the fruits, the waiter still bought them over to the table. He also asked me to try the Beirut branch, which I told him I would consider when I'm in that area. At $105 this had to be the worst meal (foodwise) I've had so far. Had the manager not asked me to write a good review regardless of my opinion, I might have given the place 3 stars.

Dany does it all at his restaurant: he welcomes you, shows you the dayâs catch and helps you choose a fish, then hops into the kitchen and prepares it all. An excellent host, he explained how he has worked at restaurants in Russia, Belarus and Cyprus before coming home to open his own spot. The place is unassuming and thatâs a big part of its charm. We had a bottle of wine, a fish to share, salad, 2 mezze and water for $40US. Weâd recommend. 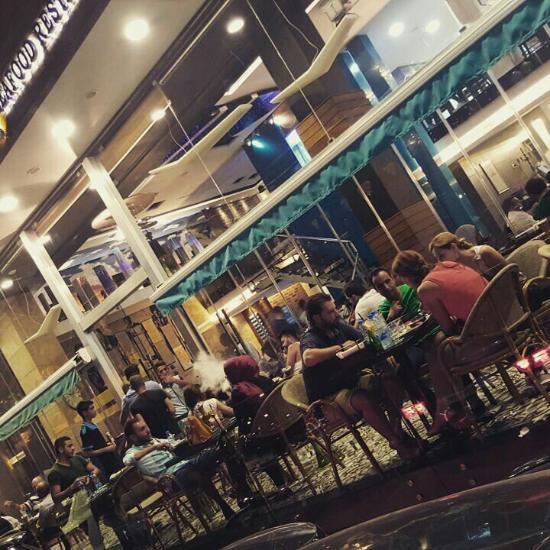 Ceviche de la Playa is more than a place that serves great food. Ali wanted a place where you can always feel at home and also indulge yourself with a luxurious lounge experience. A place where you will be served by people who have the passion to serve. H

This restaurant and cafe overlies the beautiful coast of Tyre in south Lebanon. The decor is quite modern and somewhat fancy. The food is delicious with a wide variety of dishes and drinks. The portions are big and not expensive. It is a fun place to attend football games specially on weekends. The staff are very friendly and quite efficient. 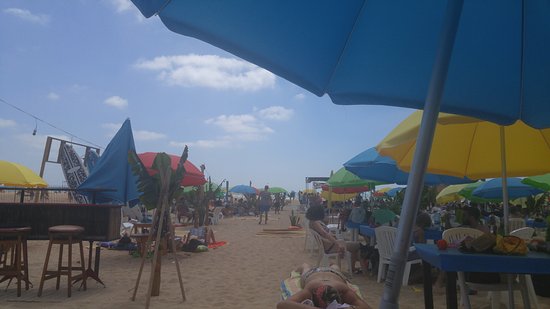 Located on the sandy Mediterranean beach of the historic city of Tyre, 72 km south of Beirut, Cloud 59 is a resto-pub serving seafood, Lebanese mezza dishes, BBQ favorites, and refreshing cocktails in a laid-back setting. Amplifying the experience is the

Food is very acceptable, the area is very well managed and organized, service keeps improving from a visit to another, never had a bad meal here. Can't ask for more. 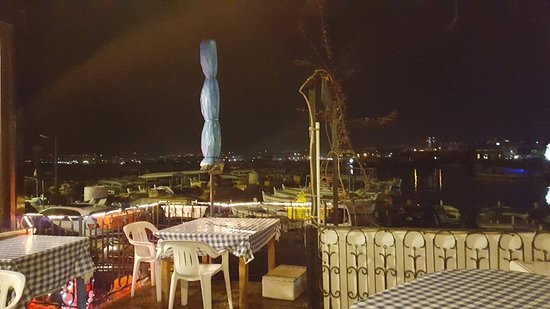 For full disclosure I was here on a wet and stormy evening in December so the vibes may be different during the good season. Tony's place is a small fisherman hole overlooking the port in old town Tyre... so far so good. Inside there are maybe up to six covers - that is if Tony seats somewhere else - with a fridge holding the day catch and another one with drinks. The fish is really fresh and that is the best part. Tony and the lady doing the service are extremely kind and courteous, but the odd thing for a restaurant is that everything happens somewhere else. You choose the fish and it's taken to another place (restaurant?) to be cooked; you order hummus and the lady goes out in the street and takes it from somewhere else. I guess nothing wrong with that but sounds odd. The fish gets 4 stars as does the great human and anthropological experience; from a culinary perspective there isn't much else to say. 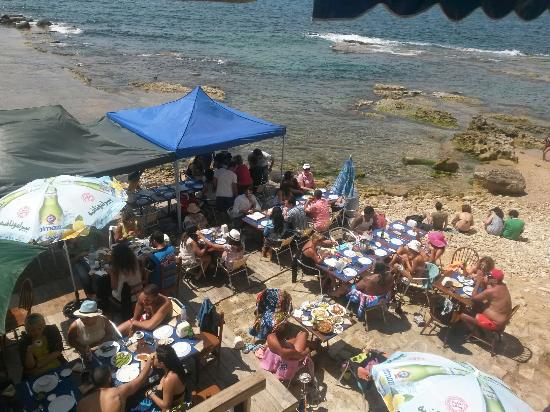 A wide selection of seafood and Lebanese cuisine with the most splendid view over the Barakah Sea, the Mediterranean sunset, and remains of the ancient Sidonian Port (as Canaanite Tyre traded with Sidon thought it), the restaurant also offers international dishes and sushi items. The services was the warm Lebanese welcome I always knew, all crowned with the gentle marine breeze and jovial atmosphere.

The 6 Best Things to Do in Sur, Lebanon 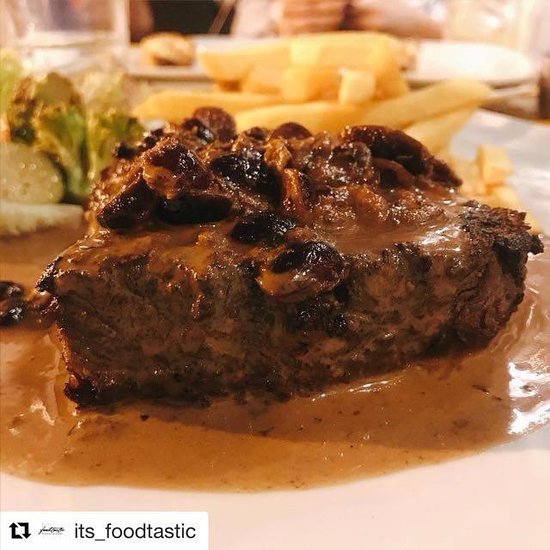 The owners here are kind and generous and will go out of their way to satisfy each and every taste request from customers. I watched in awe at how they offer extras to each guest. The views are of the marina or of the old city and the location was excellent. I would eat here every day if I lived in Tyre. Honest people, family owned, generous and professional. thanks for leaving us such a wonderful review. We are thrilled that you loved your experience.