Top Things to do in Sheffield

Sheffield is a city in Colbert County, Alabama, United States, and is included in the Shoals metropolitan area. As of the 2010 census, the population of the city was 9,039. Sheffield is the birthplace of "country-soul pioneer" and songwriter Arthur Alexander, French horn player Willie Ruff, notable attorney, actor, former senator and presidential contender Fred Thompson, Watergate committee U.S. Senator Howell Heflin and U.S. Senator Mitch McConnell, whose father was working in nearby Athens when he was born. It sometimes is referred to as "the City of Senators" due to the births of Heflin, McConnell and Thompson within its borders. Col. Harland Sanders worked in the Sheffield depot for Southern Railway in the 1900s. It is also home to the Muscle Shoals Sound Studio where many popular 20th century musicians recorded their work, including Alexander and Ruff. It is the site of historic Helen Keller Hospital, formerly known as Colbert County Hospital and originally constructed in 1921. It was changed to Helen Keller Hospital in 1979, and Keller's birthplace Ivy Green is located less than one mile southwest of the hospital in adjacent Tuscumbia.
Things to do in Sheffield My family went for a birthday dinner, and the food was divine! For appetizers we had the pork skins, which are unlike any you've ever experienced, and the black eyed pea fritters with delicious sauces. I had the seared chicken plate, and almost slurped the veggies and sauce right off my plate. My husband had the steak frites with chimichuri. I will say that he is from Miami and said it was the best chimichuri sauce he's ever had. The kids devoured their fresh cheeseburgers and fries with homemade ketchup. The cocktails are imaginative and wonderful, and the service was excellent. Overall a fabulous meal!! Champy&apos;s tries to give you the feel of the old Mississippi Delta juke joints, while providing the freshest ingredients for all of our scratch-made dishes. All of our chicken is FRESH, never frozen, and is cooked to order! Our catfish is USDA farm-raised right here in the South. All of our sides are made from scratch daily. This may take a little longer, but it&apos;s worth the wait! Sit back, relax, and enjoy!

Food is good but don't try and work with owner on planning a surprise birthday party !! Very disappointed and won't be back !!!Apologies for your disappointment. We do our best to accommodate all of our guests. If this was a request, and we failed to respond, please let us know. Thank you for taking the time to review. 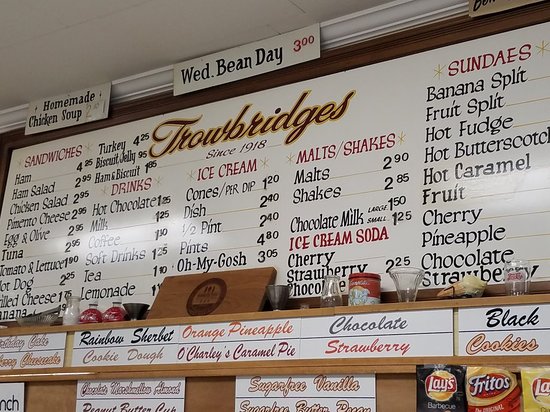 This restaurant is always crowded. Probably due to low prices. We had grilled cheese but it was small and rather soggy. Needed another slice of cheese and better bread. The ice cream is just $1.20 for a scoop. I’d probably stick to the ice cream only next time. Hectic service. Darling decor — you’ll think it is 1950! 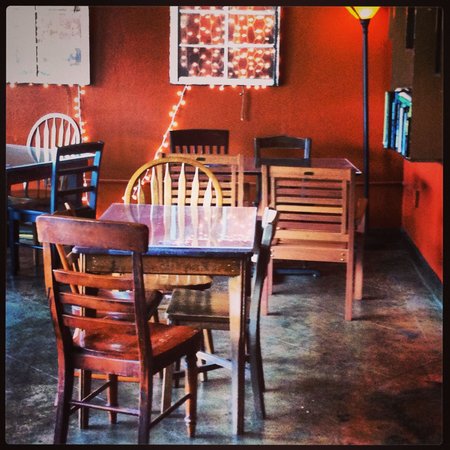 This is a coffee shop, but I go for the food, which is homemade and delicious. Poblano pimento cheese sandwich, black bean wrap , Italian panini, all the soups are delicious. Except for one soup they offer occasionally, can't remember the name of it, but it has a LOT of kale - so be aware. Pizza is excellent as well. 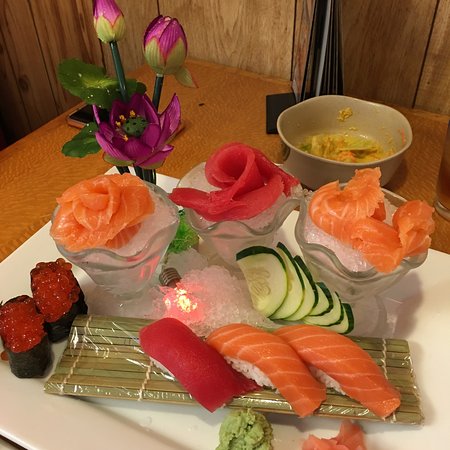 I've heard rave reviews about Ichiban so my family decided to try it out for my birthday. My husband and I shared two Philadelphia Rolls. They tasted okay-very similar to grocery store sushi. The sushi is no where near as good as I Love Sushi's in Madison. I also had the egg drop soup. It was average, as well. Service was subpar. We weren't impressed. Thus, we won't be back anytime soon. 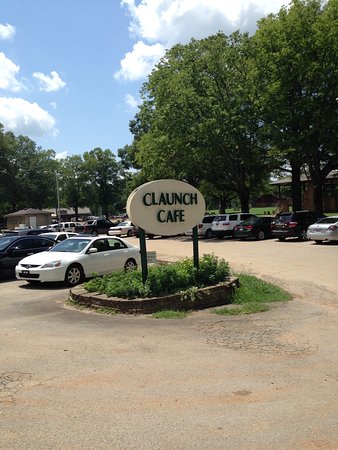 We went to this restaurant for lunch at the recommendation of an employee in one of the visitor centers in town and we are so, so glad that we did.
I had the special of the day which was a boneless fried chicken breast with several sides and it was excellent!
My husband had the chicken salad which is the specialty of the restaurant and he said that it was the best chicken salad that he had ever had. (I took a taste and absolutely agree with him.).
Our server was excellent--friendly, talkative, but superbly efficient.
A gentleman named Johnny came out from the kitchen when things had slowed down a bit and talked with patrons about the area and the local music scene.
What a special lunch--I would go out of my way to return here for a meal! We called about 30 minutes early for our group of 15 and the had no trouble accommodating us. The appetizers and pizza were all delicious. Good drink selection. We would all go back! 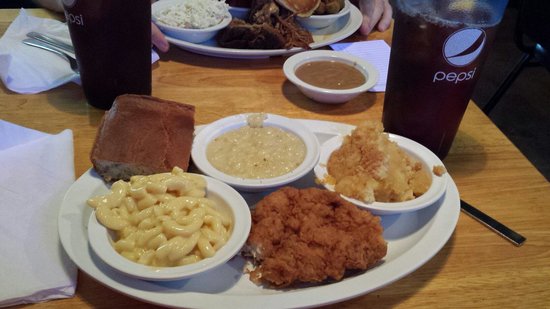 The service was friendly, the atmosphere was just as expected and the food was flavorful! For a meat and 3 veggies it was around $7 and for a 4 veggie plate was around $6. I had the Fried chicken with mac and cheese, mashed potatoes and white beans 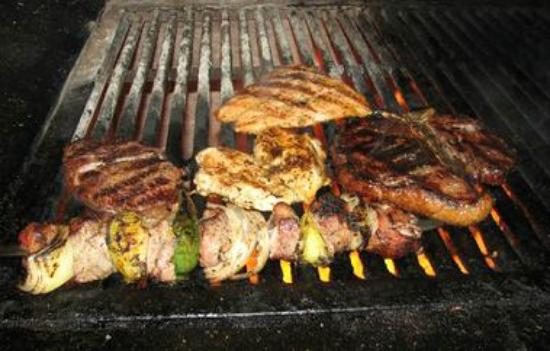 Our large group was seated in a private dining room, in a very comfortable long table, yet with plenty of elbow room. The three wait staff were very professaional and competent, and even managed separate checks quite well. Everyone enjoyed their food. In my case, my streak was delicious, preparred just as I asked. And I asked for crispy, dark french fries, and they came just that way!! Delicious. 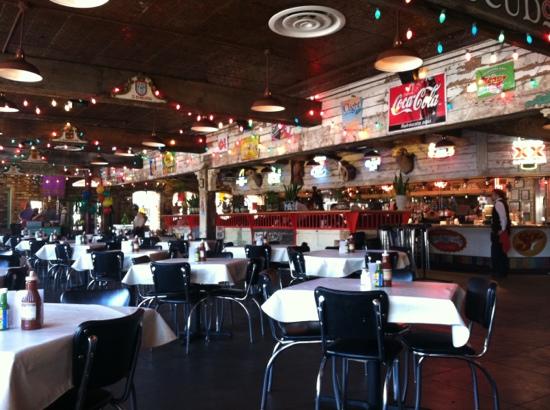 This restaurant is always crowded and you can see why — great food at reasonable prices. Our server Candice was top notch! Really made us feel important and offered helpful suggestions. We had the tacos with fajita meat - both steak and chicken. The chicken was even more flavorful than the steak but both were delicious. They even give you free soft serve ice cream and balloons! Warm chips and salsa! What’s not to love?!