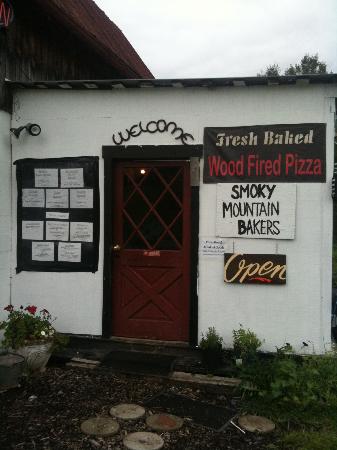 This little spot has fabulous pizza but if you have dietary restrictions you might have some trouble finding a meal... I’m gluten free (my problem; I know) but there is SOMEthing I can order everywhere we eat out. Not here. No options at all. No salads, one soup of the day which was not gluten free and honestly when I asked the young girl at the register rolled her eyes and acted annoyed it’s me. Apologies...it’s not easy on those of us with health problems either. 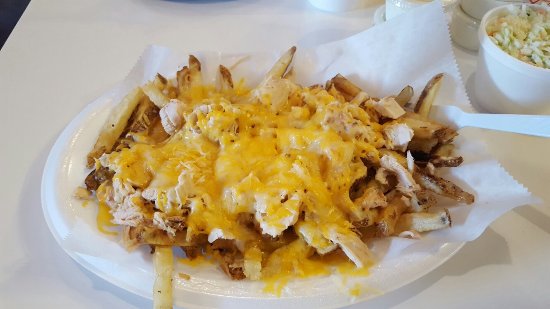 great food, great people....always a family place and now they have added a small ice cream and yogurt shop. thursday you have pig wings and friday they have ribs...get there early before the 'we are closed but still awesome' sign goes out..meaning they are sold outta ribs....ice cream is always open. 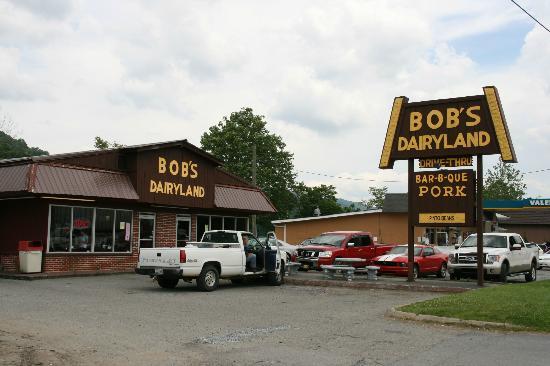 At this spot you order at the counter and then sit down, or there was even a convenient drive through window. It was super smoky inside, cooking smokey, not cigarette smokey, but it made it a bit hard to breathe and our clothes smelled until washed. The food was very affordable though the menu wasn't very extensive. The food was VERY greasy however. Like use four napkins to get the grease off the plate greasy... so not for those on a diet by any means, but good for a hungover morning. The older lady at the front register (the mother of the owners I think she said) was VERY nice and made up for the younger girl who acted quite annoyed when we asked for silverware and the bacon we had paid for but did not receive. Dead flies laying atop the ice-cream as well inside the case, but I supposed that could happen anywhere.

On the advice of folks at Roan Mountain State Park, we traveled a few miles to try the burgers. We were impressed with the cleanliness, friendliness, and the food was excellent. We came back the second day and tried the Philly cheesesteak and the chicken salad. Everything was delicious. A friend had the HUGE banana split and we tried the hot fudge cake. Superb! Cash only accepted here was no problem.

I had a wonderful dining experience at the Whiteway Grill which is under new ownership by William Hubbard. The generous portions of downhome cooking, coupled with friendly service is unbeatable. The very reasonable prices are a nice surprise! I would highly recommend this restaurant to anyone coming or going to Roan Mountain.

I tried the delicious chicken salad sandwich which came with a wonderful homemade chicken noodle soup. I also have had the catfish & flounder that is served on Fridays. They have wonderful daily specials and I was amazed at their low prices!

The restaurant is nicely decorated and you have your choice of booth or table. Nice atmosphere all around.

Whiteway Grill is located on Hwy 19E South about 4 miles north of Roan Mountain and roughly 6 miles south of Hampton. It sits at the foot of Ripshin Mountain and has excellent parking, even for truckers.

The quality of their food items is exceptionally fresh and good tasting. Their prices are competitive and often less expensive than other similar places. The quantities of items selected for your sandwich are very generous portions. It is sometimes amazing to see how much their servers can load into a sandwich and still fold it over!

This is a nice cafe in the spot where Happy's used to be. A big change in decor and instead of breakfast and lunch, it is just breakfast (rumor has it for now). You go in and order at the counter and with nine, we just all lined up and got a large table in the corner. With nine people ranging in age from 9 to 68, we had samples of almost everything on our table. It was all very good. Pancakes, biscuits and gravy, eggs to order, omelets, bacon, and all the stuff that goes with them. Even the grits were pretty good and I'm a tough judge (per my wife) on that. The service was good and there was a steady flow of people with most looking and sounding pleased. E&L opened in early July.