Reviews on Middle Eastern food in Rabat, Rabat-Sale-Zemmour-Zaer Region, Morocco. Morocco's coastal capital since 1912, Rabat has just over a million people. Modern and even reserved by Moroccan standards, the city also has many fascinating historic sites, including the picturesque Kasbah of the Udayas, built in the mid-12th century. The unique Hassan Tower, begun at the end of the 12th century, was meant to have the world's largest minaret, but was never completed. Just opposite the tower lies the 20th-century Mausoleum of Mohammed V, another of the city's main attractions.
Things to do in Rabat

Very much enjoyed this restaurant and highly recommend. Good mix of locals and tourists. Great food and authentic, neighborhood atmosphere. Also, one of least expensive dinners that weâve had in Morocco, which was a bonus. Call for reservations because it gets really busy. We missed our time frame for our reservation and had to wait in line for a while to get a table, but that was our fault. 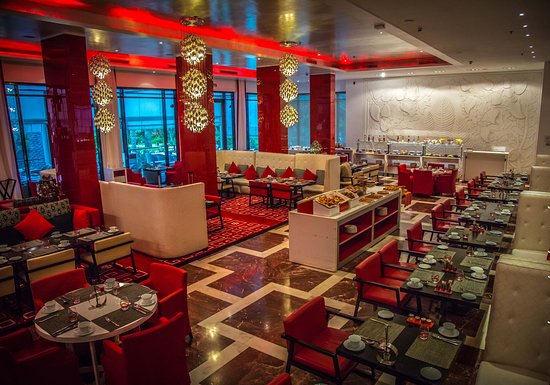 Unwind at a contemporary Rabat restaurant inspired by a French brasserie. Light bathes the terrace with views of the garden and soaring palm trees. Seated at a cherry-red dining chair, taste Mediterranean dishes and sip fine Bordeaux.

Excellent Restaurant , warm welcome makes you feel family atmosphere, Amazing buffet, different specialities with fresh ingredients,the Sushi & fish were fresh & delicious.The staff are friendly & helpful. Special thanks to Mr TARIK for his professionalism he treated me like a queen.Dear Guest , Thank you very much for your compliments regarding our service and the quality of the food .We hope to see you very soon at Sofitel Rabat Jardin des Roses Kind Regards 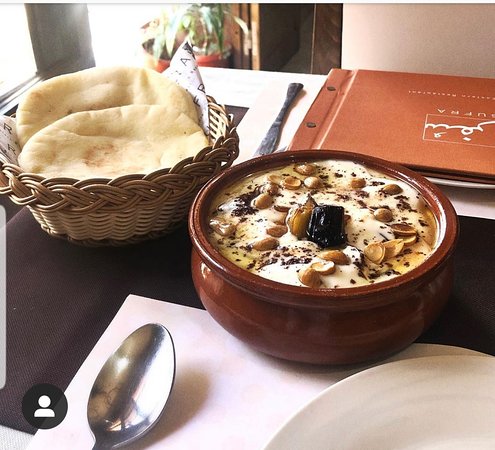 Was recommended this place by a friend - right in town, very close to the medina. I had rice cooked with aubergine and meat - very delicious meal. Topped with their Moroccan mint tea which was just sweet enough. One of their staff spoke English so he helped me with the menu and gave me the rice recommendation. The other staff didn't speak English but they were very friendly and nice. Highly recommended and will come again if in Rabat.Thank you pleasure having you 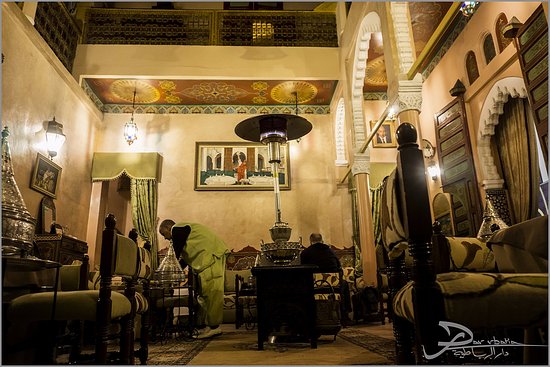 Dar Rbatia is a Moroccan restaurant opened since 1989, situated right in the heart of the Medina of Rabat, the building was built in the 18 century, restored and to transformed in a typically Moroccan restaurant by the local craftsmen with the most ancest

We visited with a group as part of a tour. Our lunch started with a large plate of vegetables to share at our low stools and low table. The vegetables were a fresh start with carrots, lentils, zucchini and other things. They were followed by a tagine prepared chicken with rutabaga and carrots. Others found the chicken to be flavorful but the piece we shared was rather dry and bland. The carrots and rutabaga were wonderful. The next course was beef with couscous. It was followed by fruit and cookies. The oranges were beautiful and tasty, the loquats were delicious and the shortbread cookies were excellent. The service was abrupt. The food arrived when it was ready and without any warning. There was little interchange with the servers. However, we can appreciate cultural differences and we could appreciate that it might be very difficult for them to be serving food during the day in the month of Ramadan. 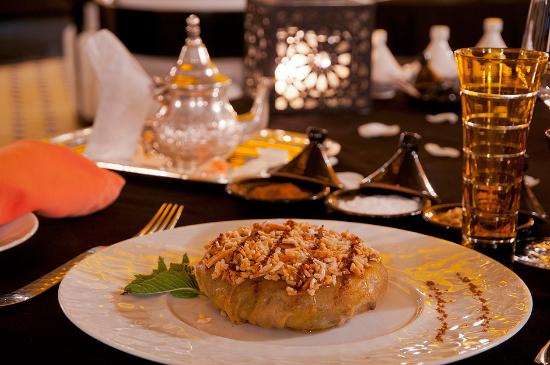 Al Warda Restaurant offers you a traditional and modern cuisine in a coszy and warm setting. Our Chef, Rachida Sefiani, is inspired by the richness of moroccan cuisine, its terroir and its flavors for a unique culinary experience.

At first look, the room is attractive but the seating is odd and inconvenient. Some tables were so low that you couldnât get your legs under them when seated. The restaurant wasnât busy so we moved but few patrons didnât help service. It was slow and inept. Our mains were eventually delivered before our starters, which the waitress denied we had ordered. The mains were removed and harira, which we ordered, was delivered. It was a thin, unappealing version of the national soup.When we finally got to the mains, they were just OK, no better. For example, I ordered a grilled lamb dish which was actually braised...a Moroccan version of oso buco. The accompanying vegetables were so overcooked they were reduced to a paste. 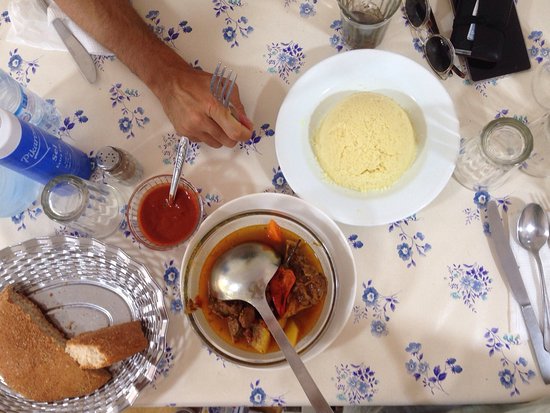 This restaurant is on the main drag in the medina and is a sanitised place to eat inexpensive street food. It is relatively clean and tidy with a glass front looking out on the street vendors. Service was good and the food is cheap and okay - nothing sensational. 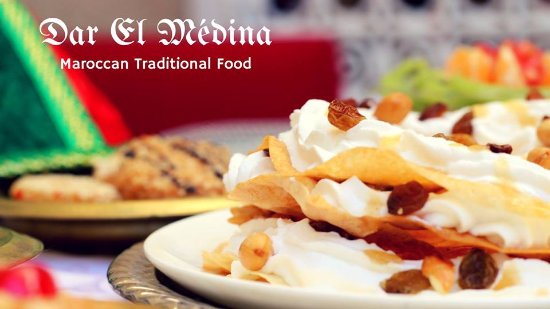 When taste & originality meet ! If you want to get an authentic taste of Moroccan cuisine please visit Dar El Medina restaurant in Souq Al Sabat -Rabat.

Really great place to have great local food at a great price. Amazing portions for the price that you pay. Staff are really friendly with great customer service. Totally recommend this place if you are looking for real local food a great price. Great environment with nice decorations.Really hope to go back one more time before leave Rabat Dear flamartinsThe team of Dar El Medina would like to thank you for adding your great comment and review. We appreciate it. We hope to see you again in Dar El Medina and taste our wide range of Moroccan dishes. For more information or reservation don't hesitate to contact us at 0634 007 113. 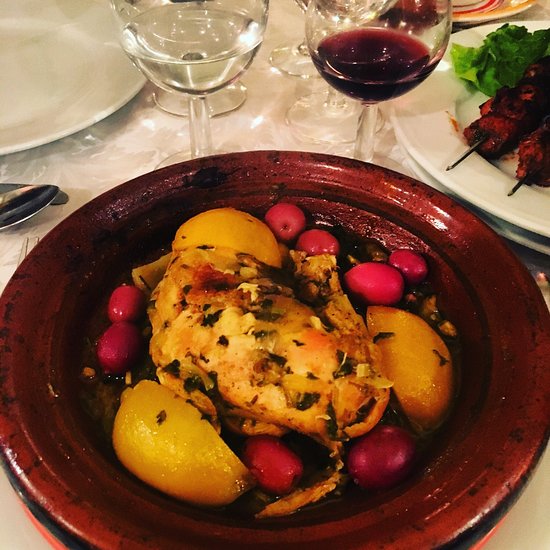 This restaurant at 10 Pierre Parent St is intimate. The menu is substantial, but they only prepare some of the dishes to keep freshness a priority. The usual olives and nuts were followed by... Tajines of beef and prunes seasoned with cinnamon, chicken with olives and lemon, Cous-Cous two full bottles of wine, a beer and fabulous bread for $90 for SIX ADULTS. Full dinner for each of us. Great and elegant service. The mint tea was perfect. 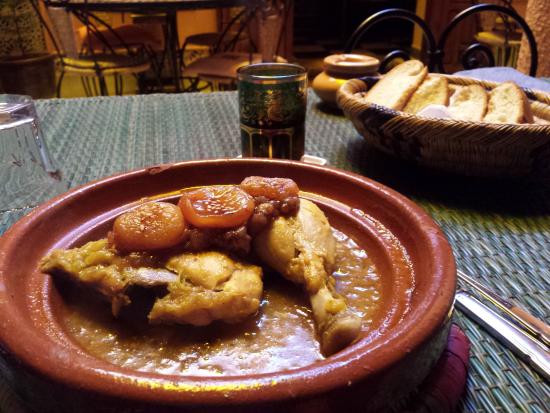 What a place! Amazing atmosphere and excellent food and as expected, a very good and friendly service! Slightly pricy (well below than EU standard) compared to other places, but absolutely worth. Carfeul if you just stop by for dinner, not AVLB all nights and reservation for dinner only is suggested.

Top 10 Things to do in Rabat, Morocco

Was recommended this place by a friend - right in town, very close to the medina. I had rice cooked with aubergine and meat - very delicious meal. Topped with their Moroccan mint tea which was just sweet enough. One of their staff spoke English so he helped me with the menu and gave me the rice recommendation. The other staff didn't speak English but they were very friendly and nice. Highly recommended and will come again if in Rabat.Thank you pleasure having you