Find out what Wine Bar restaurants to try in Dun Laoghaire. Dún Laoghaire (Irish pronunciation: [d̪ˠuːn̪ˠ ˈɫeːrʲə]) is a suburban coastal town in County Dublin, Ireland, about 12 km (7.5 miles) south of Dublin city centre. It is the county town of the Dún Laoghaire–Rathdown district. Formerly a major port of entry from Great Britain, it was known as Dunleary until 1821 when it was renamed Kingstown in honour of King George IV's visit that year, and in 1920 was given its present name, the original Irish form of Dunleary.
Things to do in Dun Laoghaire 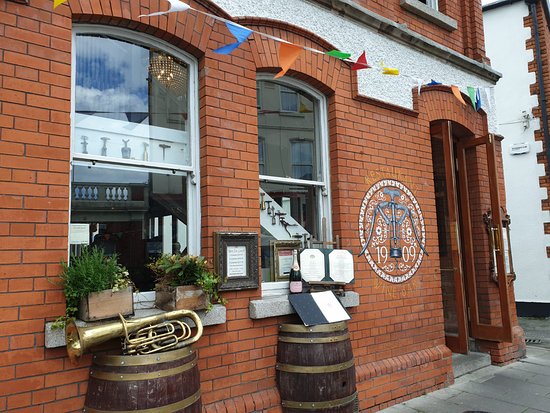 Lovely meal at 1909 and excellent service to go with it!We had not made a reservation but the manager accommodated us on what was a busy Saturday eve.Great atmosphere and could not fault our starter of prawns also baked goats cheese followed by excellent fillet steaks for our main course.Highly recommend it. 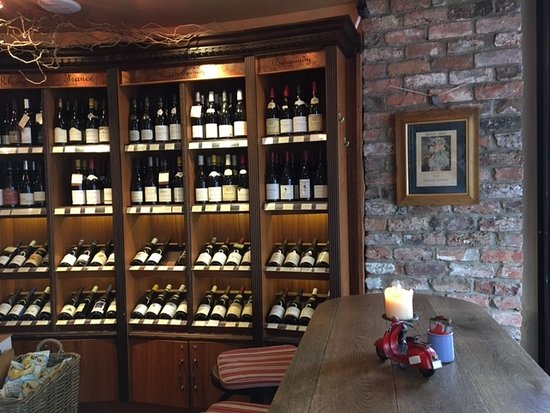 For those of us living in the Glasthule/Sandycove for many years 64 Wine was a dining gem where you could also enjoy a beautiful glass of wine from an extensive range. It was so popular that access was on many occasions restricted to 'Locals'. Gerry, the Patron, was always present, knew his market, recruited great staff and ensured that food/wine quality was 'synced' with the upmarket service expectations of its clientele. Just a wonderful place to have a meal or after work glass of wine or meet you friends/neighbours. Always greeted with a smile by Gerry and you got the feeling of being appreciatedAlas all that is history and Glasthule is not short a dining/wining Institution. Exit Gerry enter Ely (which is a brand/company owned by the charismatic Eric & Michelle - two people I have huge respect for). Over the short transition period everything has changed. Service is AWFUL. Staff smiles are GONE. Replaced by disinterest in those people who pay their salaries. Much of this I put down to personality-absent and abrupt management style. Food is now (I ate there again yesterday) the most TASTELESS & disappointingly poor I have tasted from ALL the many places I eat around Dublin. I am mean the WORST. I have never had a worse fishcake nor 'Spanish omelette' anywhere in my life. Cold, tasteless and the crumb on the (cold) fishcake was gluey while still strong enough to damage the enamel on your teeth. Even the 'product description' is wrong. There was little/no fish inside the teeth damaging exterior. I regret having to write such a review (which if you look at the many reviews I write most are positive) but the collapse of all the things I loved about 64 Wine are gone. Because of its great location and it still serves some great wines (at ok prices) the outlets revenue stream will not disappear BUT if current management don't change their arrogance and it continues to serve up the rubbish (some of the sharing plates remain fine - albeit for those conscious of calorie or fat intake should be avoided) it now believes is acceptable I can see a further change of ownership soon. My worst dining experience of 2019 award has just been delivered - and I still have 6 months to go !!Dear David M,Firstly thank you for taking the time to write your review and, secondly, sorry that your experience was so poor. While it is clearly a below par review it is a fair one. We had already identified a number of weaknesses and put in place the changes we believe will quickly re-establish the offering, service and smile that make 64 the gem you clearly loved in the first place. 64 and Ely share so many characteristics and goals plus a deep respect for wine that it is, without doubt, the intention to build on that collective history to make it better than ever. I know that Gerard, Michelle and Erik will be disappointed by your experience. Bare with us while we iron out a few things and please do return.In the meantime I'd be delighted to get some more feedback if you'd like to DM [email protected]

Where to eat Gastropub food in Dun Laoghaire: The Best Restaurants and Bars 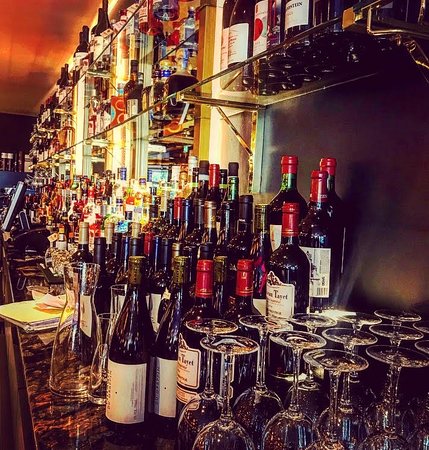 Located on the promenade at The Pavilion in Dunlaoghaire, Casper and Giumbiniâs is a contemporary Irish brasserie â serving fresh seafood, chargrilled steaks and our trademark hamburgers. Draft and craft beers, signature cocktails and an extensive wine li

Visited C and G (for the first time) on Wednesday night. The place was really busy. We got a window table , it was nice to watch the "world go by". The food was delicious with a lovely presentation. My steak was cooked to perfection. Our waitress was smiley and attentive. I have no doubt this restaurant will be successful . We will be back for more...