Poperinge (also spelled Poperinghe in the past) is a municipality located in the Belgian province of West Flanders, Flemish Region, and has a history going back to medieval times. The municipality comprises the city of Poperinge proper and surrounding villages. The area is famous for its hops and lace.
Things to do in Poperinge 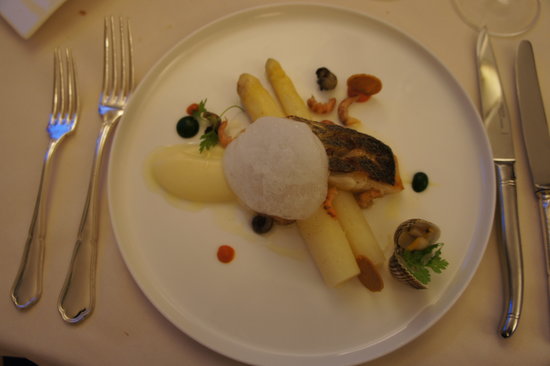 With 2 Michelin stars, this is a world class restaurant hidden away in a residential villa on an unassuming street in Flanders Fields' capital Yper. The dishes are rich and classy, with a more rustic approach than most contemporary haute cuisine. Service is straightforward, friendly yet unaffected. Recommended! 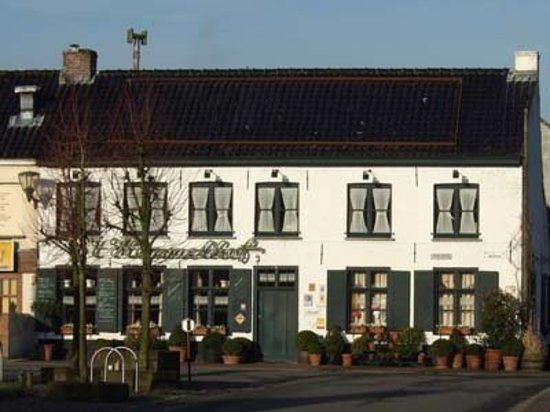 As expected, 't Hommelhof has a great beer selection featuring several beers literally brewed across the street. However, the food is the most distinguishing characteristic of this restaurant. We had the rabbit, which was beautifully prepared. It was cooked in a blonde beer with vegetables. It was so tender and impressively delicious without any sort of "gamey" taste. The server even remarked that the rabbit was caught that morning. Another member of our party had the pigeon, which was also expertly prepared. The service here was great and I highly recommend this restaurant to anyone staying in the area. 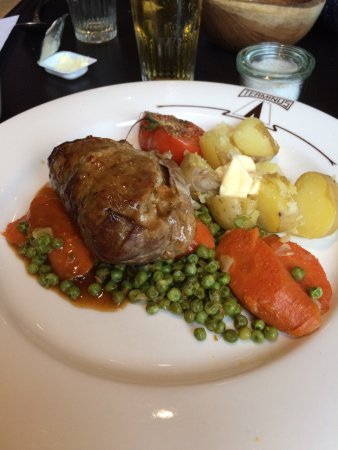 We went for a lunch here, after previously had a good experience here, however not so this time.It has changed alot,and not for the better.
We arrived on a Wednesday lunch time hadn't booked, and there were plenty of tables empty.We were offered a choice of were to sit and chose a table in the window.
We already knew we wanted the set lunch menu, and when the waitress arrived we ordered from this set menu,starters and mains.Starters plenty of choice, but mains just 2 options,liver or chicken,with salad and chips or rice.We ordered one of each.
We were asked which drink we wanted,this was included in the price according to the menu,and my husband asked what beers were available on tap.The waitress explained one beer was finished and there were just 2 tap beers to choose from,and so we ordered 2 small local beers,which were quickly brought to the table with a small bowl of nuts.
Starters arrived,and we were offered more drinks,which we declined.We weren't brought any bread, and we saw other tables with a basket of bread.
We waited, and waited,and looked across at the servers who were all now clearing tables,and not paying us any attention at all. They had now turned the music up.
My husband waved across to try to catch their eye, but we were ignored.He eventually got up and asked,for both bread and mustard.
We had waited over 10 minutes for this.
Very soon after our mains arrived, 2 large portions of meat,the liver having gravy already all over it, the chicken nothing,and this looked dry,and would have benefited from a sauce.
We then received 2 bowls of French fries, very anaemic looking,and were wished a 'bon appetite'. At this point we again asked for the salad or vegetables as this was included we were told at the time of placing our order.
This waitress, now a third different one, said only salad is included,vegetables were 'extra', and so we said salad is fine.We were brought two tiny portions of leaves and half a tomato !....Salad ?...not sure they could spare the leaves it was a meagre portion.
Anyway we went on to eat the food,the chicken was as it looked dry, over cooked and very salty. The filler of fries,all under cooked.
The liver was under seasoned and plain ordinary looking, and unappetising.
Again we were offered more drinks which we declined. [ No water].
After we had swapped plates to taste both we couldn't finish the meat,it was just not pleasant or enjoyable.
We had our plates cleared,immediately after putting our knives and forks down,and were asked did we want dessert, also included in the price.We asked what the choices were, as we had seen others being served.
It was 'warm apple' ! We both declined this and asked what else was available, 'ice cream' or a coffee.
We decided to just have a coffee and leave.
The coffee was the size of an egg cup,and it came with a tiny wrapped biscuit,not even home made.
We went to pay, and to our amazement had a supplement added for the 2 beers we had chosen, a local beer about half a mile away.!
The bill was provided by yet another member of staff, who said the waitress should have explained this, he said nobody explained that, and also said its not stated on the menu.
No, there is a supplement at 80 cents each for the beer, so 1.60 extra,we were asked to pay.
We did pay, [ receipt taken] and left, disappointed with the service, food and bill,never to return.
The place has spoilt itself,is now cash greedy and has lowered its standards of quality in all areas. 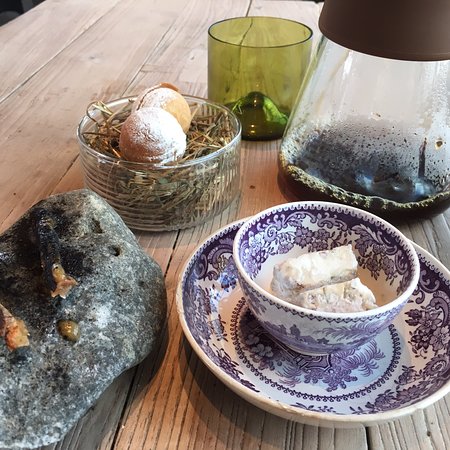 The restaurant looks trendy and has an eclectic interior style, slightly unexpected in this rural setting. The food was very nice, one could immediately tell they source their ingredients locally. Sometimes there was not enough protein with the veg for my taste, and I didn't like any of the paired drinks, but overall this was very interesting. 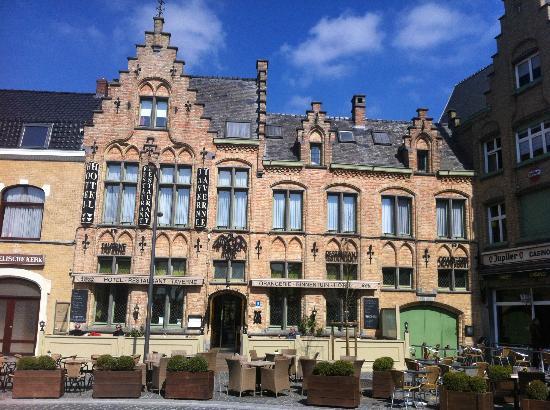 We ate here on a Saturday evening, the restaurant was very busy but that did not affect the quality of the excellent food. The restaurant has been extended since we were there last year and is very light and airy. I would think that booking is essential 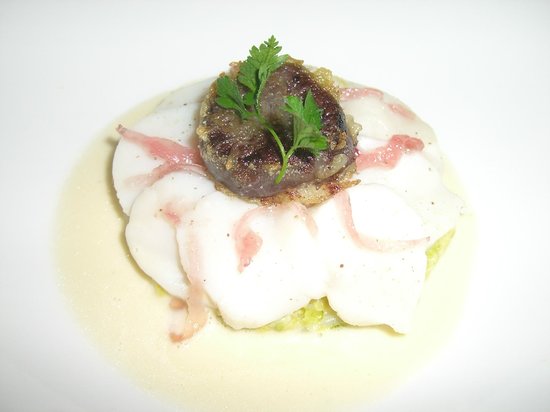 Our group booked here for a family celebration on 27 June and were definitely not disappointed. We had the four course special menu including caviar, 2 fish dishes and roast lamb and they were all excellent: imaginatively presented, just enough food so that we were left neither hungry nor too full, and delightfully tasting. We were given several amuse bouche before we sat down for the main event and followed it off with dessert and coffee. We also took the sommelier's choice of wine with each course which suited perfectly.
Delightful ambiance, great food, attentive service Pegasus is a great restaurant for all the foodie types. 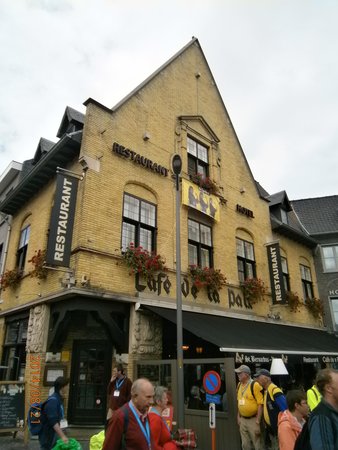 The restaurant is part of the Hotel de la Paix.

We were staying on outskirts of Poperinge and wanted an evening meal. The whole experience was excellent. Fantastic food including a lovely lean steak, and amazing puddings. The beers were impressive as well. If you can get a table out at the back especially on a summer evening! 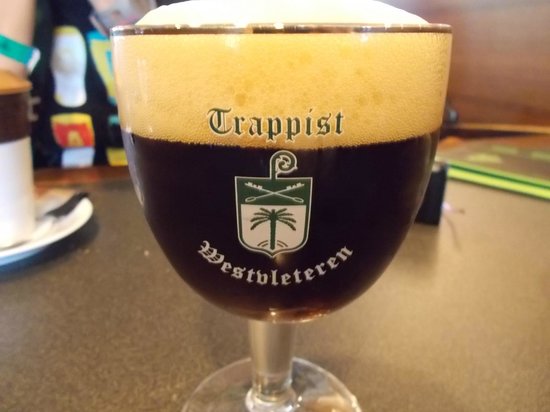 Reviewed By Deepesh B

A bit off track but once you there absolutely fabulous place. Not too many choices just 3 but all great Belgian brews.
Tried blonde and 12 both great. Not too bitter and place for a was almost full on a weekday, cloudy and cold day and late noon! Quite popular 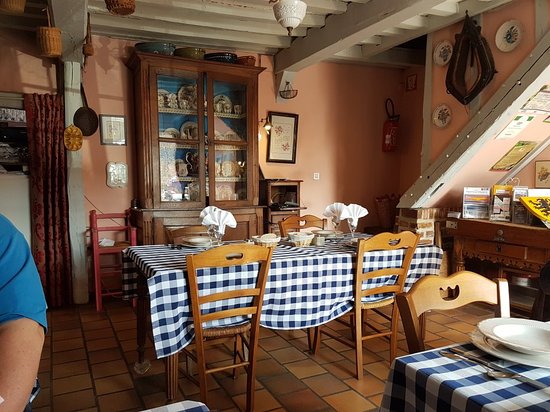 We were staying in Flanders to visit the WW1 Battlefields associated with a long lost great uncle of ours who never returned to Australia after the battle of Fromelles in 20 June 1916. We were staying with English friends who had heard about this restaurant. It is superb and we can recommend it completely. The restaurants Jean Francoise is a giant of a man and generous and relented host. The food is high quality and local and seasonal. To keep costs down the menu is restricted but is superb in quality. The wine list is small but vintage. We had a 1999 Vintage wine which was a surprise! The interior and exterior of the establishment is fascinating and beautifully presented with old farm and cooking implements. The old windmill is just nearby. We loved this place! 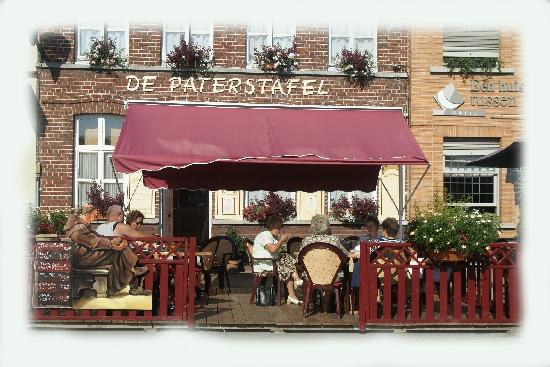 Enjoy in a quiet and relaxe atmosphere. Pleasant prices.Fresh food. Traditionnal cuisine. 2 terasses. Fireplace. 3 rooms all with own shower and toilet.

I understand the restaurant has capacity for 20 customers. We arrived at 8.30pm (the sign outside says open until 9.30pm), but because we hadn't booked in advance we couldn't be accommodated. There were only 4 people eating in the restaurant at the time. Hardly the warm welcome that will encourage me to come back. I will return to Watou. I will make a reservation in advance, but not here. I will go to the other restaurants in the village instead.