Top Things to do in Pomona

Pomona is a city in Los Angeles County, California, United States. Pomona is located in the Pomona Valley, between the Inland Empire and the San Gabriel Valley. As of the 2010 United States Census, the city's population was 149,058.
Things to do in Pomona 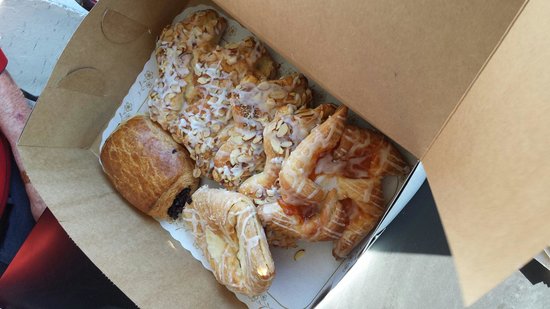 There are very few bakeries that you could call an institution in the towns in which they are located. Some Crust Bakery is just such an institution in the community of Claremont. Some Crust Bakery is located in the college town of Claremont, California, about 35 miles east of Los Angeles, at the base of Mt. Baldy and the San Gabriel Mountains. The Bakery is located in the Claremont Village, an intact downtown area adjacent to the renowned Claremont Colleges. Claremont was originally a major citrus production area and shipping hub, but, over the course of the past 40 years or so, has transitioned into a suburban community on the border of Los Angeles and San Bernardino Counties. Some Crust Bakery is housed in a historical building built in 1888. After a stint as a dry goods store, 119 Yale Ave. became a bakery beginning in 1916. 119 Yale Ave. has been in continuous use as a bakery since that time, owned by five different owners, notably including the Hodges and Jensen families. In 1981, Fred and Dorothy Demke purchased Jensen’s Danish Bakery, and re-named it Some Crust Bakery. Dorothy changed the focus of the bakery to a more artisan style, emphasizing quality ingredients and innovative recipes. In 1992, Some Crust expanded to include the property adjacent immediately south on Yale Ave., the former home of Dave’s Shoe Repair. Originally, this was the Some Crust Tea Room, but was later converted into the more full service Some Crust Café. In 1997, Some Crust Bakery was bought by Larry and Sandie Feemster, and the Feemster family proudly still own and operate the Bakery to the present day. Since the Feemster family took over ownership of Some Crust, the amount of baked goods and products the Bakery offers has expanded greatly. As well as offering Some Crust’s world renowned cookies and danish, the Bakery also features a full menu of sandwiches and egg sliders, (all custom made to order on Some Crust’s freshly baked bread), cupcakes, birthday and special occasion cakes, fine desserts such as cream puffs, éclairs, fresh fruit tarts and chocolate tortes. Many of our European and Southeast Asian customers have commented that our croissants are some of the finest they have ever tried. The Bakery also features fine coffee and tea from Monkey and Son and Two Leaves and a Bud, respectively. Some Crust bakes fresh bread Tuesday through Saturday, and makes some of the best pies and quiches you are ever likely to taste. Over the course of the last few years, Some Crust has also greatly expanded our wedding cake business. We now offer a private office across the street at 143 Harvard Ave., dedicated to consultations with couples tying the knot, or anyone planning a big celebration with a Some Crust cake! We at Some Crust consider it an honor and a privilege to have served as Claremont’s Bakery for over 100 years. We hope to see more of our friends and neighbors in the future, and hope to make loyal Crustomers out of those we haven’t met yet! © 2017 Copyright © Some Crust Bakery

This is truly the best bakery in the Inland Empire! Cakes, cookies, scones, bearclaws, croissants; they have them all! And, they are truly delicious. Some Crust uses only quality ingredients and the proof is in the results. Order a cake and see what I mean. Or, stop by for coffee and a Mexican wedding cookie or a blueberry cheese Danish. For special occasion cakes or pastries, for the discerning pallet, this is the place to go. It's a little on the expensive side, but you truly get what you pay for! 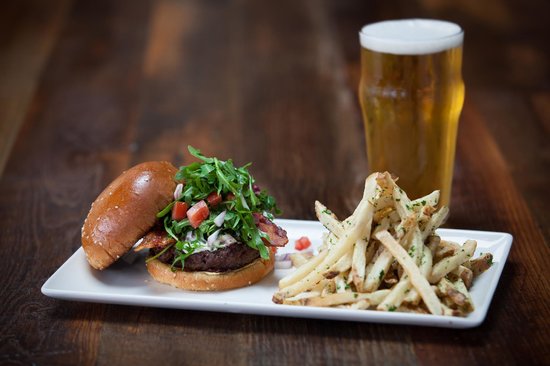 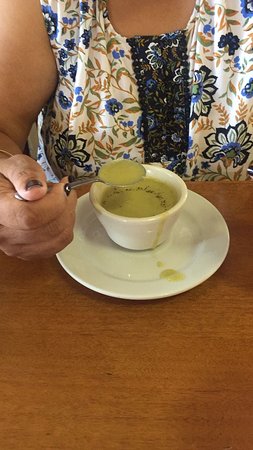 Reviewed By Kristine B - Kingston, Jamaica

My friend and I had breakfast here. We arrived at around 9 am and only had to wait in line behind 2 other customers to order. We got a nice table outside on the porch. I had eggs Benedict and my friend had the veggie scramble. We were both satisfied with our meals. I was also happy with my OJ - it had pulp in it, which I love. I've had better eggs Benedict but this one was pretty darn good, so I would definitely return. 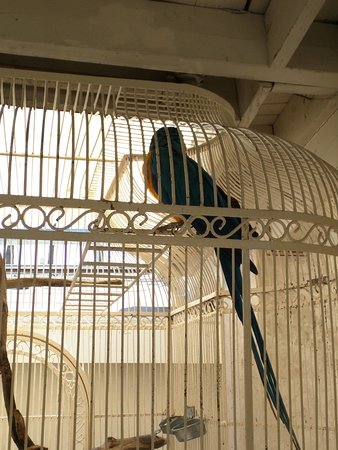 Empanadas are a good choice for an appetizer.....4 of them with a very nice sauce.
The 'fall off the bone' ribs did exactly that...never actually figured that they would be THAT tender...figured they'd be good, but not that tender.

The Parrill Argentina had chicken, two types of steak and a sausage. The sausage was very meaty...but, not to my wife's taste, so I got to finish it. The chicken breast was very good and the meats were seasoned well.

Finally, the Camrones were prepared well and tasted very good.

The portions were very generous.

The only downside was that the restaurant was noisy as there were 2 wedding receptions going on at the same time. 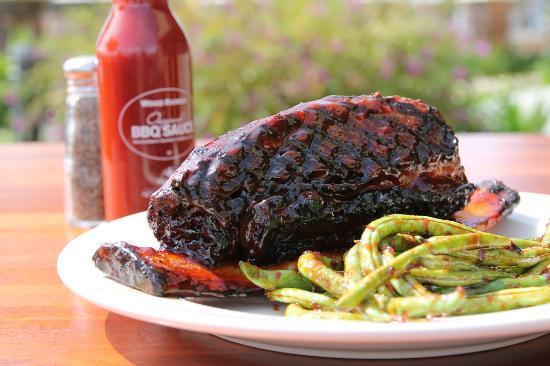 I think we've had pretty much every item on the menu at Wood Ranch. Everything is delicious! One of my favs is the grilled vegetable salad with the champagne dressing. The usually is alot of food so plan on taking a doggy bag home.

Long tome favorite pizza parlor in old town La Verne brings friends and families together. I love their sandwiches and salads as well as the breadsticks! The pizza is the best in town, but you will find a lot of locals on the patio in the evenings. Whether you're watching a game, playing in the arcade, sipping beer with friends, or visiting relatives this is the place to meet! 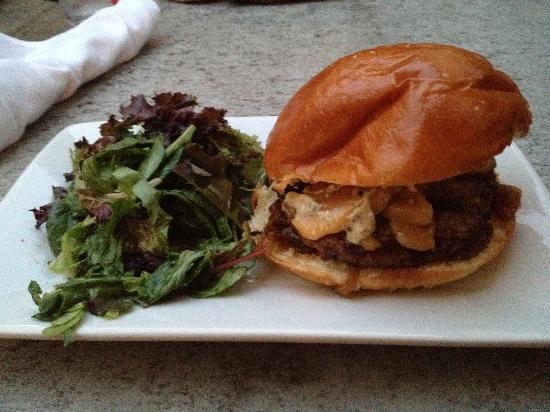 The fries are th die for they are cooked in duck fat. Great food good brews how can you ask for more. 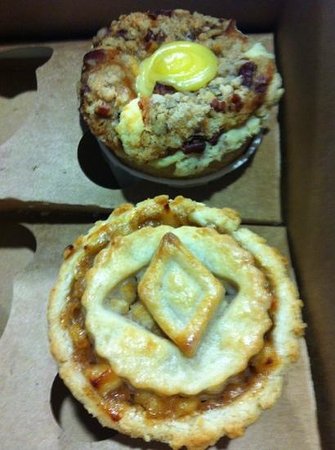 To be honest, we were going to go to the yogurt place. It must be very good because it was so packed. We had 2 babies with us. We needed to have a little more calm. Soooo, we looked around and saw I Like Pie. So so so very good. We shared the strawberry/rhubarb pie with Dr Bob's Pecan ICE Cream. Yum! Yum! And more YUM! Their crust is perfect! Their filling is perfect. Then they go and pair it with a perfect locally made ice cream. 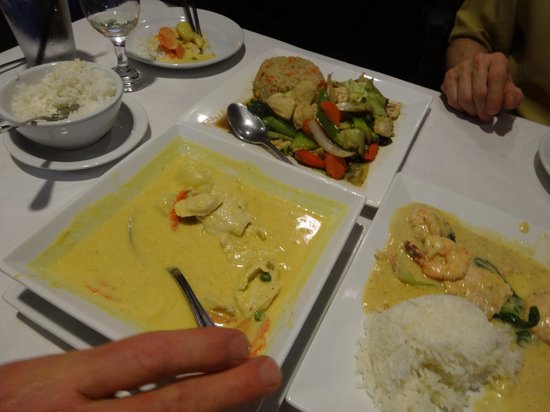 We have been searching for a wonderful Thai cuisine restaurant in the Inland Empire, we were told about this place by a shop owner in the Claremont Village. Because of its name we have overlooked this place for many years. The dishes were tasty and generous with meat. My granddaughter is a Pad Thai connoisseur, when she gave me a thumb up it has to be good. The dinning area is well decorated and the service was very attentive. The price is reasonable. I strongly recommend this restaurant for those who looking for a good Thai restaurant.