Pittston is a city in Luzerne County, Pennsylvania, United States. It is situated between Scranton and Wilkes-Barre. The city gained prominence in the late 19th and early 20th centuries as an active anthracite coal mining city, drawing a large portion of its labor force from European immigrants. The population was 7,739 as of the 2010 census, making it the fourth largest city in Luzerne County. At its peak in 1920, the population of Pittston was 18,497. The city consists of three sections: The Downtown (in the center of the city), the Oregon Section (in the southern end), and the Junction (in the northern end). Pittston City is at the heart of the Greater Pittston region (a 65.35 square mile region in Luzerne County). Greater Pittston has a total population of 48,020 (as of 2010).
Things to do in Pittston

Agolino's is a friendly family oriented restaurant with a huge menu selection. The fish and chips are made with haddock vs cod. Can I get a "YUM".

The prices are a bit high but worth the trip. If your looking for a well balanced meal with an awesome staff look no further.

From the moment you enter, Sam makes you feel as though you are a celebrity and you are in an episode of Goodfellas. Awesome cuisine at affordable prices- A MUST GO!!!!!!!! 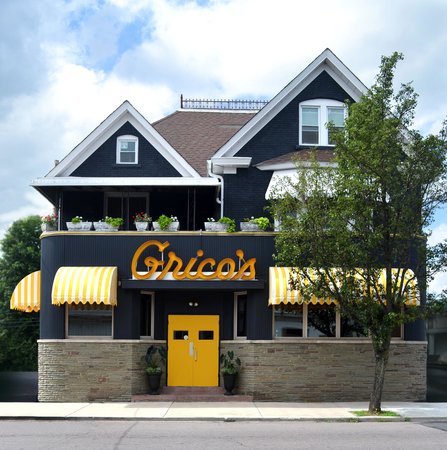 Grico's Restaurant has been there forever, and I always was curious about going there. Heard good things. It's odd why I waited so long. We made a reservation (the person answering the phone was very friendly and helpful - good start) and got a private booth, which is great. A nice little room with a lace curtain, candlelight, very relaxing. Was a bit noisy because we had the one by the bar, but wasn't really an issue. Service was prompt and our server was great. They have a nice menu so it's hard to decide. Our food came out quickly, cooked to perfection and hot. We had the steamed clams - great. Entrees I had the blackened salmon with lime raspberry sauce - she had a special that had Scallops and lobster - perfect. Everything was awesome. top notch service and food. Will certainly be back. 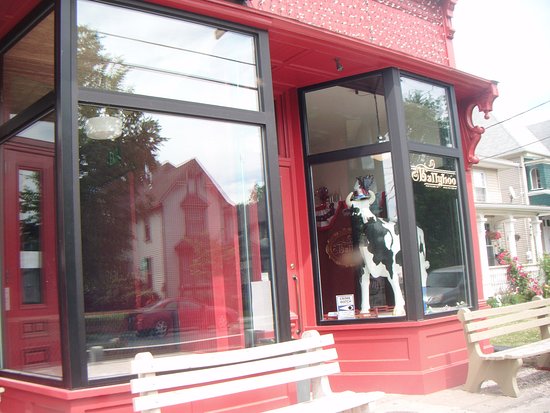 Stepping into Ballyhoo takes you back to the days of old fashioned soda fountains. In addition to the delicious ice cream, they feature a wide variety of retro candy like saucers, Sixlets and chewing gum. It would be hard for someone to go to Ballyhoo and not find something they had as a kid. In fact, you feel like a kid when you see the wide variety of candy. That rush comes back. The only difference is that obviously a lot of the "penny" candy they have for sale doesn't cost a penny anymore. The business is in a building that used to house the Mom and Pop store King's Market. Much of the original architecture remains. If you're in West Pittston and in the mood for ice cream and candy, Ballyhoo is where you want to be 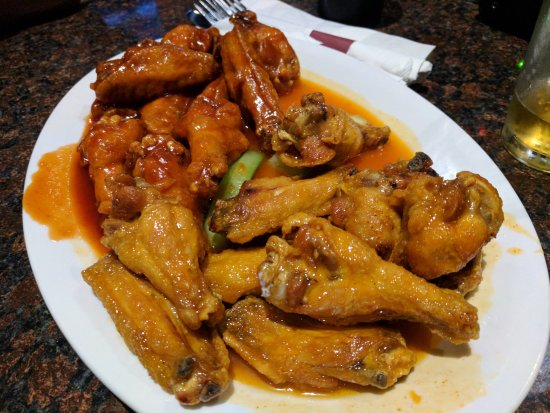 The Tipsy Turtle is really an airport/hotel area pub/east coast diner. It was located in the parking lot of my hotel so drinking a few beers and getting back to the hotel was not a problem. Wings, burgers and beers are the specialty but they have a very wide ranging menu from past to fish to steaks. What I love about the wings is you can order anywhere from 6 to 50 and there are about 50 different seasoning choices. I like mine very spicy and 'Inferno' was pretty much as as advertised. In addition to plenty of food they have about 30 beers on tap plus a few in the bottle. You cannot leave here hungry and while you are filling up as there are plenty of big screen TVs on the wall to keep you entertained.

We went during a special evening opening, Pittston was dedicating an Inspiration mural just across the street. The food was excellent, we had the lemon salmon, the chicken parmesan, the risotto ball, and the bruschetta. Service was quick, attentive, and friendly. We'll definitely return! 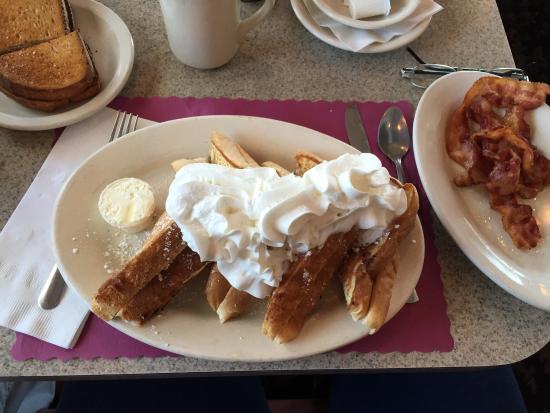 Let me , start I absolutely love Diners, but it needs to live up to my expectations. This one did.! I had the French toast breakfast special and my girlfriend had the pancake special. First let's start with the coffee, wow! The coffee was excellent. That passes my first test for Diner's. Next the eggs were cooked to perfection and fresh now I order my toast uncut everywhere I go and most times it comes cut or I have to remind them. Here it came out as ordered and with lots of butter. Our breakfast experience was amazing coffee was delicious food was delicious at a reasonable price. We will be back. 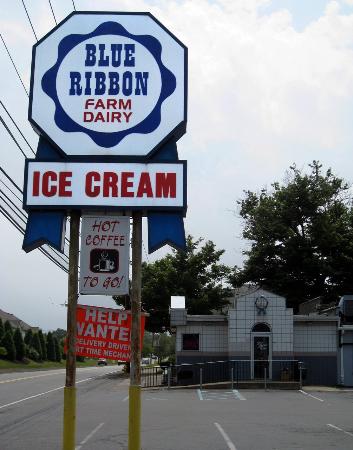 Always a great job. The ice cream is fantastic, always plenty of friendly workers to get the job done. This place beats Hillside Farms hands down! Keep up the good work! 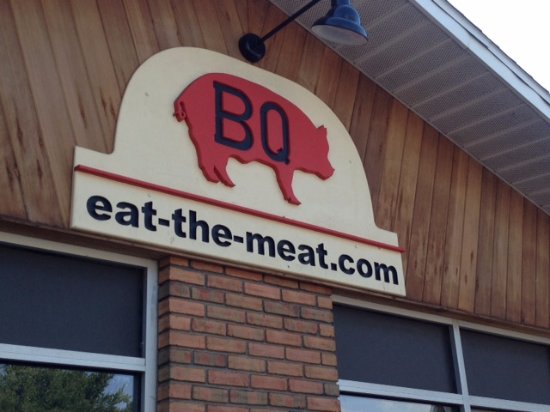 So I'll start by saying that while I'm not a BBQ snob - or some kind of "foodie", I do appreciate really good BBQ. A lot of places make OK BBQ - cook up some ribs, heap a bunch of sauce on it and throw it on a plate; but not a lot of places make GREAT BBQ. B3Q makes GREAT BBQ.

I got the combo platter - pulled pork, brisket, and ribs. Everything comes out with no sauce on it (there are 6 sauces to choose from on the table). If you tend to make dry brisket you have to serve it covered in some sauce - to hide your poor cooking skills. Here, no sauce on anything - just juicy perfectly cooked meat. Add whatever sauce you want.

Owner came out and chatted with us for a while (gotta love a place where the owner is around). Nice guy. He cooks all the food. His cooker holds up to 1600 pounds of meat! We went at 4:00pm - usually no cooking going on at 4pm, but he was cooking away "for an event late that night" (apparently its BBQ season). You have to ponder cooking 1600 pounds of meat - if it weren't good, no one would buy it.

The pulled pork came on a roll. Meat was tender, and I opted to add in one of the vinegar based sauces (yes, even North Carolinans will be happy here)

The ribs were cooked perfectly - dry, almost crispy on the outside, and moist on the inside. The run used was a little peppery for me, but that's just personal preference - I still pounded about half the ribs on the plate (I'm a big guy who likes to eat, and I still only finished about 1/2 of everything on the plate - rest went home for the next night's dinner)

On the combo plate, the brisket was my favorite. Super flavorful and really tender and moist. I also got sides of coleslaw and fries - you can't have BBQ without coleslaw, and fries never hurt. The plate of fries was huge - I ate about a third of it, and my kids at the rest. I think they make the coleslaw there - fresh.

The place is not fancy, and is fairly small (like 5-8 tables small). They do loads of takeout and catering. The girls working the counter were friendly and helpful - they seemed to care almost "too much", so I assumed they were family. Nope, just good workers. If you ask them, "What do you recommend?", you don;t get that "uhhh...I don't know..." crap - they actually tell you what they like and how it's made.

OK, so in looking at this review you're thinking, "this guy either owns the place or is related to the owner" - nope, just psyched on good food. BBQ is a bit like Italian food - anyone can make something OK, but it's rare to find something REALLY good. For BBQ, this place is REALLY good.

A few cons: No AC, only a few tables, soda only (in cans, bottles and 2 liters). No biggie since the food was way good. They have a roll of paper towels on each table (which you WILL use).

It cost us about $85 for 5 people (four got the sampler). Not cheap, but we ate like piglets and there was enough left over for most of a dinner the next night. Give the place a try.

Also - they have the usual array of t-shirts with inappropriate sayings. Not my thing, but my son got one of the tamer ones (wants to wear it at school) 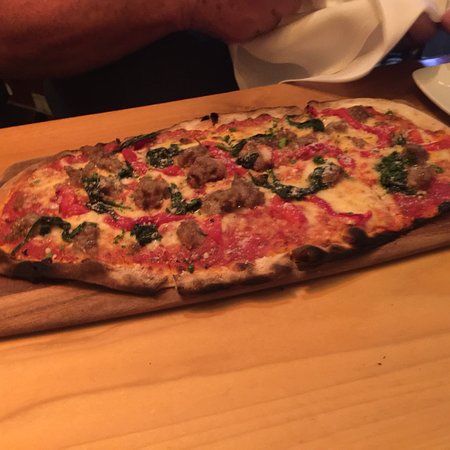 We dine here quite often and it's always delicious dinners with gourmet presentation. Most recently I ordered the salmon served with white bean ragu and kale. Excellent! Others had swordfish and chicken entrees and were equally pleased. Every time we are there a manager stops by to check if all is well with service and meal. All of the servers are friendly and efficient. It's a reliable place to dine, looking forward to going back, As a side note, we've also gone to the cooking shows and that's a great idea for something different with the informative, entertaining chef Kim and step by step a tasty meal is prepared.