Bodrum (Turkish pronunciation: [ˈbodɾum]) is a district and a port city in Muğla Province, in the southwestern Aegean Region of Turkey. It is located on the southern coast of Bodrum Peninsula, at a point that checks the entry into the Gulf of Gökova, and is also the center of the eponymous district. The city was called Halicarnassus of Caria in ancient times and was famous for housing the Mausoleum of Mausolus, one of the Seven Wonders of the Ancient World. Built by the Knights Hospitaller in the 15th century, Bodrum Castle, overlooks the harbour and the marina. The castle grounds include a Museum of Underwater Archaeology and hosts several cultural festivals throughout the year. The city had a population of 36,317 in 2012. It takes 50 minutes via boat to reach Kos from Bodrum, with services running multiple times a day by at least three operators.
Things to do in Ortakent 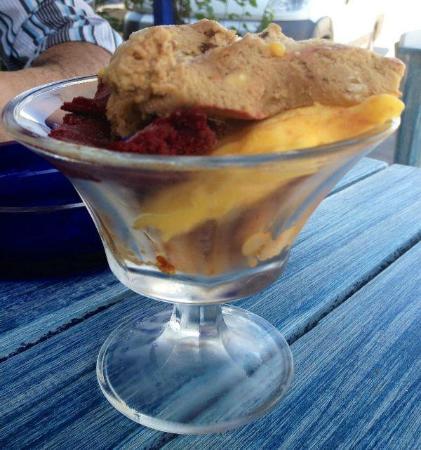 Tried the ones in Palmarina,Bodrum and Bitez. Really very disappointed in the last two in Yalıkavak Palmarina.
The taste of the ice-creams are not good and also the portions are sooo small.
The service is not good either. There are much better ice cream shops. Try especially the local ones. 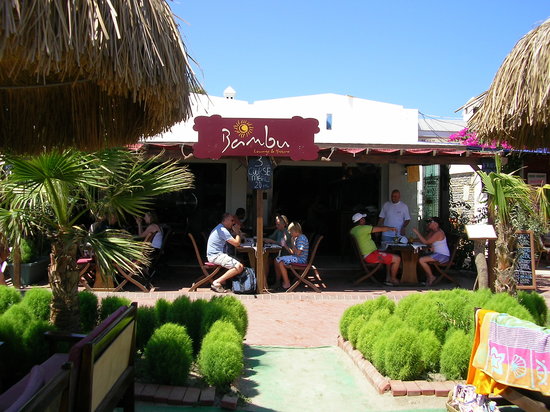 I've been visiting Bambu for years and have watched it expand it's premises due to popularity. The food has always been fantastic and staff are so lovely, friendly, professional and efficient. Due to time constraints I couldn't visit in June, but promised I'd be back in October. We decided to book to celebrate a friend's 50th. The staff ordered a delicious personalised cake and put up decorations we brought along with us. This restaurant is highly recommended and I can't wait for the opportunity to visit again next year. Our visit to Turkey was great - please do keep booking. Turkey is very safe, friendly and you'll be missing out if you don't go. 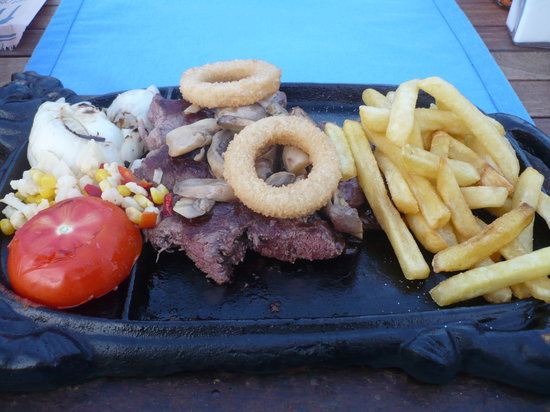 We stayed in hotel opposite this eattery so was very handy for us. The service is fab. Great prices the steak is too die for? Nice cocktails also. Well worth visiting they also do great breakfast! 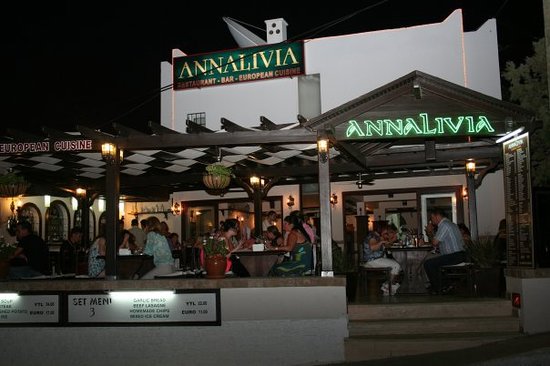 Visited for our 9 year anniversary dinner whilst holidaying in Gumbet. Service was second to none, great value and a phenomenal steak each! Had the plank steak with mashed potatoes and veg with bernaise sauce. Cooked perfectly and came out quickly. Was about 60TL, absolute steal! Couldn't quite finish the generous portion but really enjoyed it nonetheless. Will return next year hopefully. 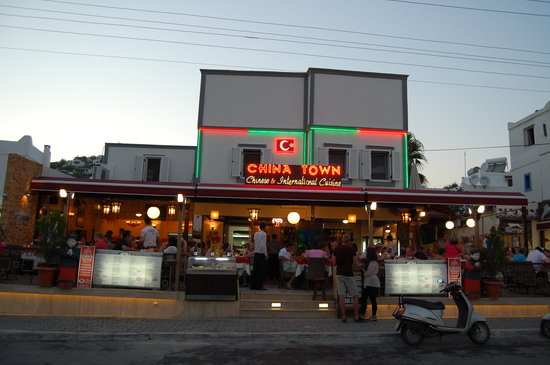 Recently visited bodrum travelled to gumbet twice for this Chinese. Amazing food quality food. Very good portion size and amazing prices. The staff are the friendliest people you will meet and the service they offer is amazing. I will be w returning customer next year 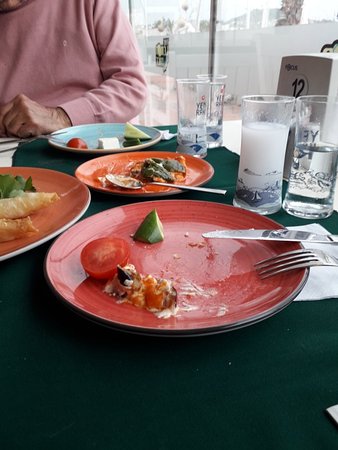 One of the main draws to this fab restaurant is that it's open all year so you know that, unlike some, there are no 'end of season' limitations and the food is always fresh, proven by my delicious sea bass! The staff are lovely and always happy to accommodate and entertain even the most demanding customer (like our 4yr old granddaughter). The beachfront location is just the best and only adds to the great dining experience. Am always happy to return here at any time of the day....keep up the good work guys! 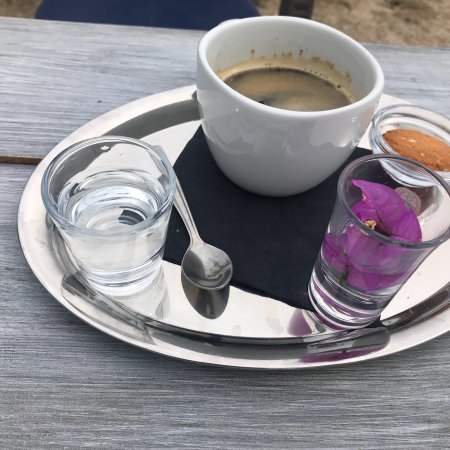 Almera is one of the few restaurants in Bitez that I haven't eaten in even though it's a favourite with my daughter & friend who live nearby. During my recent holiday I finally got to sample their excellent food and hospitality. Despite there only being a few customers there was still a really nice atmosphere and the and I thoroughly enjoyed my evening. The staff were lovely and very accommodating - even loaning my daughter a charger for her phone - and the food was delicious, and extremely reasonable. Will definitely be eating there again, and I'm sure my daughter & Co will have a brilliant New Year's Eve with them! 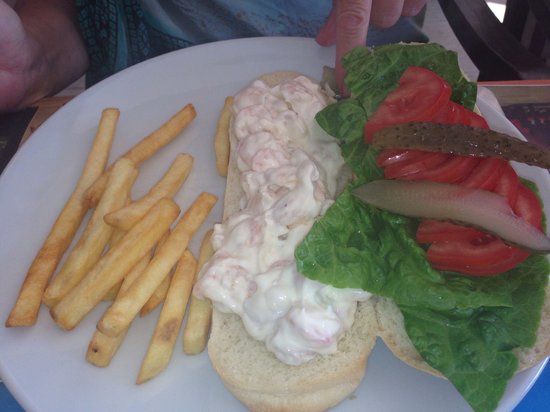 Not one of the nicest but does what says on the tin. Ok good and service just no frills or anything special , we sat on roof and had great view and got served well , no forgot like sunset did. Overall as good as most to eat along the front and same price as most . We had a meal here on the last evening of our holiday. The outside dining area was very attractive, the food was excellent, as was the service. The staff were friendly and attentive. We would recommend this as a great place for a meal. 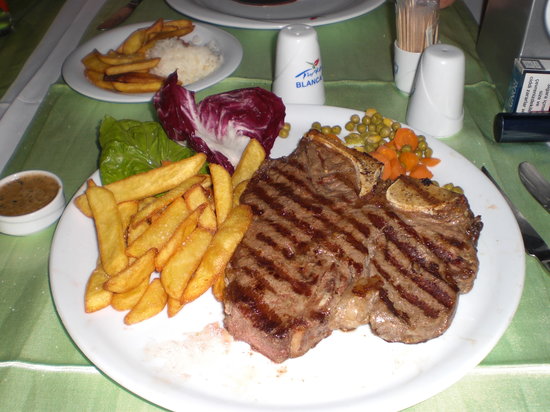 When everyone is touting for business, one restaurant after another and can get tiresome and somewhat annoying after a while, despite it being understandable to a degree.
The owner/ Manager respected our wishes when deciding where and when to eat is best left to us, and being overtly friendly makes us feel uncomfortable. Because he left us to it and because he had a Sunday Roast which I hadnt had for 16 days and the menu overall looked good we promised we would be back on Sunday.
We kept our promise, which I am sure many promises hadn't been kept and we ordered some drinks. I was looking for the owner but could not see him and then after he appeared about twenty minutes later, noticed us and came over with a big smile and a warm handshake which was nice.
Now I am not a big drinker or alcohol anymore, but I do have a penchant for milkshakes and Blanca does the best chocolate I have yet to taste in Turkey.
My partner ordered an Ottoman kebab. Placed in a jar and cooked and then they knock of the top, all very theatrical and very tasty.
My Sunday lunch was beautiful. Huge Yorkshire pudding and better than most I have tasted in England. Beef was succulent. Veg al dente and well seasoned, lovely mash and roast potatoes and gravy. The prensentation was outstanding and was the attentive and friendly service. The apple pie was lovely as was he complimentary Turkish apple tea. We will be back.
Great location and view.