Top Things to do in Oregon City

Oregon City is the county seat of Clackamas County, Oregon, United States, located on the Willamette River near the southern limits of the Portland metropolitan area. Established in 1829 by the Hudson's Bay Company, in 1844 it became the first U.S. city west of the Rocky Mountains to be incorporated. As of the 2010 census, the city population was 31,859.
Things to do in Oregon City

I am never disappointed with anything I order but I almost always the Carne Asada Burrito. They are huge and full of goodness!! The owner and his staff are super sweet and always have a smile on their faces!! This is a must if you like Mexican food.. yummmmm! They are located in Oregon City as well as SE Woodstock Blvd. 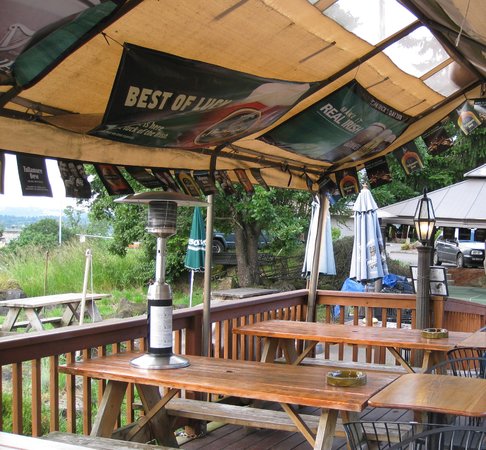 Husband loved his spicy chicken sandwich with a green salad and I had the Mac and cheese, all was great, interesting little spot. Grandson got bread pudding dessert and while I didn't taste it, it was tempting and obviously one of the dishes they are known for. Good service, a little pricey, some unique dishes offered. 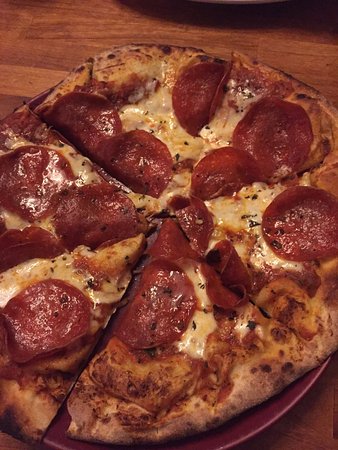 Tucked away in Oregon City's Main Street is this place, came highly recommended by staff at motel. The place is dark and could be quaint. Service was fine.

We shared steamed clams and Caesar salad. The clams had a bitter aftertaste and we couldn't figure out why. They seemed fresh enough. The caesar salad fell short of classic romaine - the lighter colored portion of it. The leaves were mostly dark and a few pieces had "pink edge", a sign that the lettuce had been chopped too early!
We had enough and didn;t bother to even ask about desserts.
Sad to say, the motel's food was better than this place! 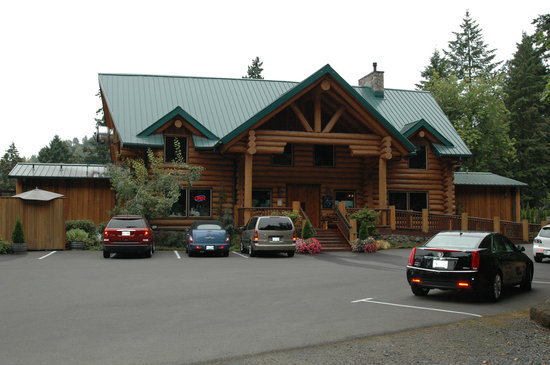 We’ve been here many times in the past and have had incredibly poor service stacked onto terrible food, so you can imagine my thoughts about coming here again to meet some friends. We were pleasantly surprised by the warm greeting, attentive service, knowledgeable staff and good food.
I would guess that the owner got serious about this place and hired a good GM and competent staff. At any rate, please keep up the good work, we really enjoyed our evening and will be back soon. 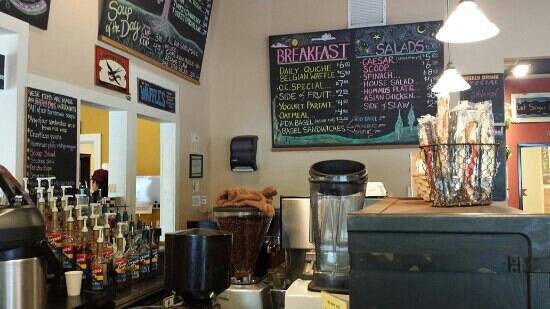 Quaint little place. They do have larger tables for groups of 4-6. The baked goods are yummy. Also, there is a nice little local art shop in the back. Can get quite busy. 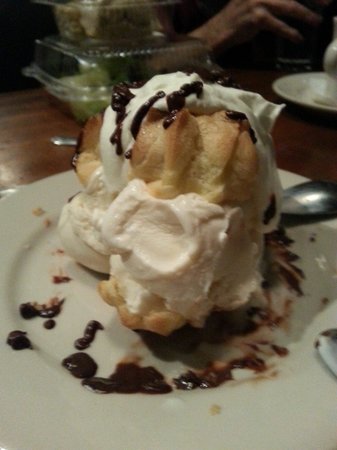 We are a Full Service Restaurant serving a wide variety of menu choices for lunch or Dinner in a casual atmosphere. We pride ourselves on cooking from scratch and with fresh ingredients amazing italian food and serving it to you promptly and with warmth. We welcome reservations for parties of 5 or more, enjoy hosting banquets of up to 40, and also offer takeout of our regular menu with large party options for you too. In the Hilltop Mall by the Pet Store, stop on by!

Went with friends for happy hour I ordered clam chowder,I love clam chowder,this was cold but that was the best thing it was mushy full of celery bacon potatoes,there might have been clams in the bottom,but after a couple of bites I couldn't eat any more took forever to get the pasty taste out of my mouth and we always loved their skinny fries they were always the best but the fries they brought us were big hard dry frozen type fries I ask our server if they changed their fries and she just gave me a rude look and walked away,the bread and olive was very good,the Caesar salad was also great. 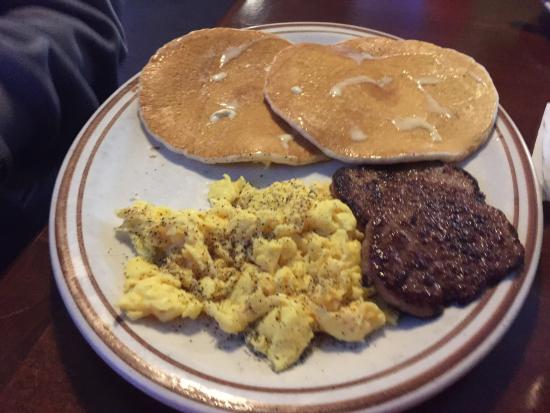 We found a place to park, which isn't easy during busy times. Nice atmosphere, good service, food good enough. A partial wall splits bar from the restaurant side but it's open enough to hear. I ordered a Caesar salad with grilled chicken. Chicken was done perfectly and delicious, but the lettuce was so overdressed and soggy it looked like a lump on my plate, drowning in dressing. I tried to eat it without saying anything, but it was just too strong and drippy. It was awkward when I tried to explain it to the waiter (a man who maybe doesn't eat salads?) I felt a bit like the crazy lady. Had to wait so long my husband was almost done with his meal before I was brought a plate with undressed lettuce sprinkled with lots of Parmesan. Now I had two big plates to mix a few leaves soggy with dressing into the dry lettuce. Even though everything tasted good it was kind of weird. They did ask if everything was okay, I felt it wasn't handled that graciously. How to properly dress a Caesar salad seems a basic thing a cook/chef should know how to do, but if you're not a salad eater maybe not. Hubby was thrilled to find breakfast served all day on the menu and liked his scrambled eggs, hash browns and ham just fine. Good sized servings. Gets very loud when just two or three tables are occupied and the doors were opened-lots of buses and traffic, but it's a fun pub feel. There's a cool area with sofas that looks fun for a group of friends. 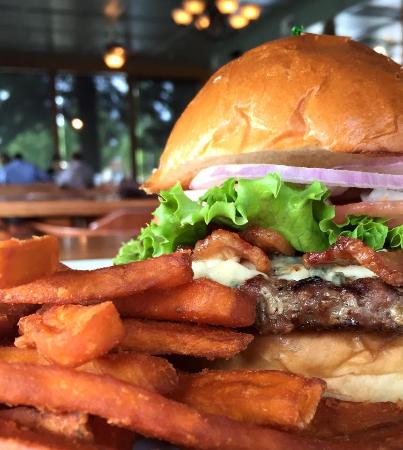 Been here twice this month and found both visits enjoyable. Staff is friendly and accommodating! I’ve had several of their Salads as a main course and have liked them all. Of course the view is always a plus. As a meeting place for business, Parking is an issue during peak lunch time and appears to be a favorite for groups, like birthday lunches, etc, so it can get a little noisy. LOL! and if your client likes to fish, you may never get to around to discussing business. Worth a stop! 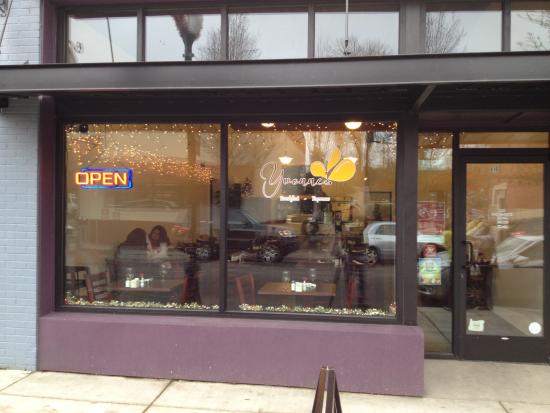 We have been big fans of Yvonne's since she opened, and remain so today. She's added staff and orders come up more quickly, which is a nice enhancement. The food remains outstanding, particularly the pancakes (in my opinion). Long drive from Seattle, and worth it!

A stop at Mike's is a must when I'm vising my daughter & family in Oregon City. Going there after trick-or-treating with the grandsons is a family tradition--and they give the kids free ice cream on Halloween! I love the bacon and blue cheese burger, and the huge variety of shakes they offer. And their ice cream is wonderful. It's reliable, unpretentious and great fun!