Top Things to do in Olive Branch

Olive Branch is a city in DeSoto County, Mississippi, United States. The population was 33,484 at the 2010 census, up from 21,054 in 2000. Olive Branch is a suburb of Memphis, Tennessee, and is part of the Memphis Metropolitan Statistical Area, a region that consists of three counties in southwest Tennessee, five counties in northwest Mississippi, and two counties in eastern Arkansas. From 1990 to 2010 Olive Branch was the fastest growing city in the United States, with a growth rate of 838%. Along with other rapidly growing suburbs in DeSoto County, Olive Branch attributes most of its growth and development to the exodus of large numbers of middle-class families from central Memphis.
Things to do in Olive Branch 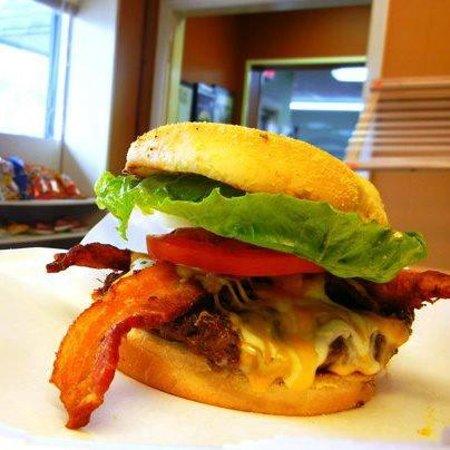 Family owned and operated, SideStreet Burgers is about simplicity but also creativity. We&apos;re about the American classic but also about a world of culinary opportunities. Give us a try. You won&apos;t regret it. Memphis-born Chef Jonathan Mah has been in the kitchen for most of his life. Before he could drive, he was working the grill in his father&apos;s steakhouse and by the time he could vote, he was earning his chops at Koto&apos;s and Erling Jensen&apos;s, two top-tier fine dining establishments. In college Chef Mah majored in hotel and restaurant management at the University of Tennessee-Knoxville and would go on to work for Chateau Elan Winery and Resort in Georgia. Afterwards, Chef Mah spent some time in the corporate world as general manager of a Chili&apos;s in North Georgia. In 2011 Chef Mah returned to Memphis to serve as the Executive Sous Chef at Alchemy in Cooper Young. Now, he&apos;s back in Mississippi running his own ship and dishing out some of the top burgers in the county.

Arrived in Olive Branch for soccer tournament in Tennessee.

Needed to find place to eat. Spotted SideStreet Burgers, glad I did.

I ordered the Fat Panda and garlic potato wedges. The beef is marinated Korean style, served with cilantro on a slice of French bread. It is served with sirocha mayo, but had to pass. The potatoes were cooked perfectly and seasoned very well.

I got the Mother Clicker to go. Again delicious. It is spicy rotisserie chicken on a grilled bun. Swiss cheese and honey mustard served with it.

It is a small spot but the tastes of the items I had were full of flavor and originality.

If passing thru the area a must stop.

When I visit I will be returning. 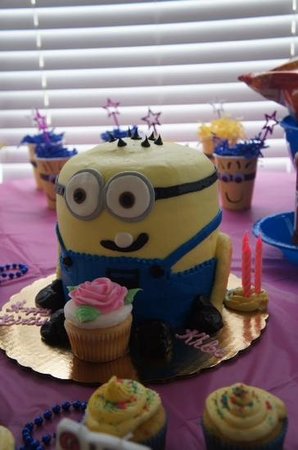 Old Towne Bakery has homemade cookies that are great to give, nicely packaged on a tray. I have also given their loaves of breads as Christmas gifts. Well, and have kept a few for us ;) The cakes at the bakery are not only beautiful, they are delicious too! Old Towne Bakery is locally owned and you get that personal touch that you do not get at the chain bakeries. 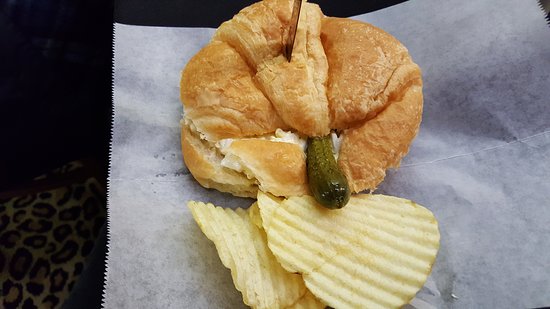 Couldn't have been any better. Drinks were fantastic and the service was even better. I can't wait for tomorrow to get here so we can go do it all over again!!!!!!!!!!!!!!!! 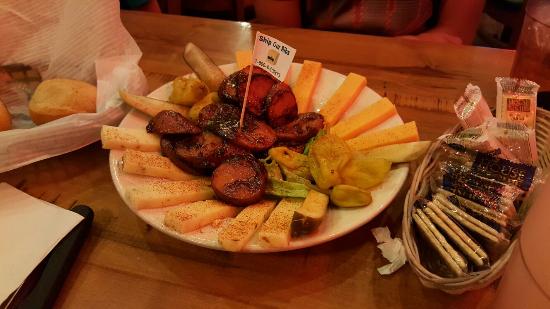 Went with wife and daughter. We used to live in Memphis years ago and always liked Corky’s. This was across the street from the hotel we were staying at and we were excited to get to visit again. Server was prompt and took order in a timely manner. Wife and I ordered rack of ribs set up for 2. Daughter ordered chicken. Food was fairly slow coming out, but it was busy. When food did arrive, everything was good, except the slab of ribs was stone cold. Took forever to get servers attention, but she did bring out a new slab when she finally got to the table. And to Corky’s credit, they did comp us 10% off our bill. Overall, it just wasn’t as good as I remember from 15 years ago. The ribs bordered on over cooked, with the meat literally falling off the bone. Perfect ribs take a little “chew” to get off bone. Overall just didn’t live up to our memories or expectations.

UJFC is an incredible place to dine. The menu is diverse and creative. We have yet to have a bad meal there after over 25 visits. Kenny is wonderful behind the sushi bar as well as Luke behind the bar. Enjoy for yourself. 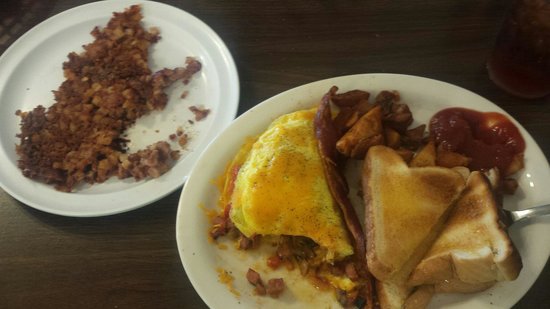 I recently visited The Neighborhood Grill and was astounded at the great service quality and delicious breakfast choices. I settled for the sausage and cheese omelette with biscuit and sausage gravy, and as soon as I took my first bite, I was whisked back to the good old days of quality home cooked meals. It was truly a great experience and I can't wait to go again. 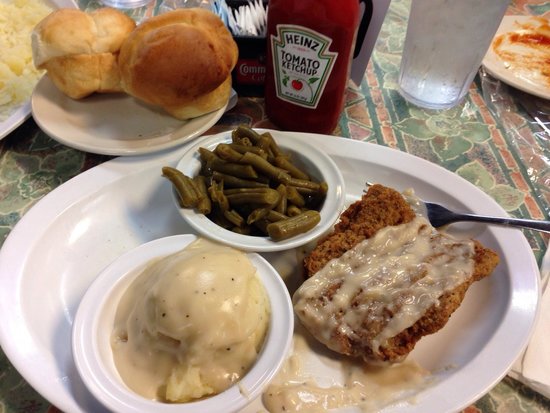 I was with a group of about 12 people. We were seated promptly considering we did not have reservations. Our food came out quickly and everyone agreed it was very good. The service however seemed to be lacking. Our server Tammy seemed overwhelmed and was very short with us. We had to get our own refills and waited a while to get our boxes and checks. We will be back, but will be asking for a different server. 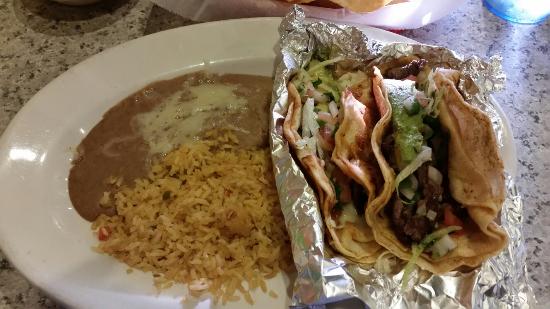 The hostess was uninviting and tried to sit us at a table in the back of the restaurant with a direct view of the kitchen (not a great view). The place wasn't crowded so we asked for a better table (I think she was having a bad day and taking it out on us).

My wife didn't like her enchiladas and my pastor tacos were pretty good, but we spent most of our time talking about the service. We won't be giving this place a second chance. We'll go to Salsaritas just down the street. 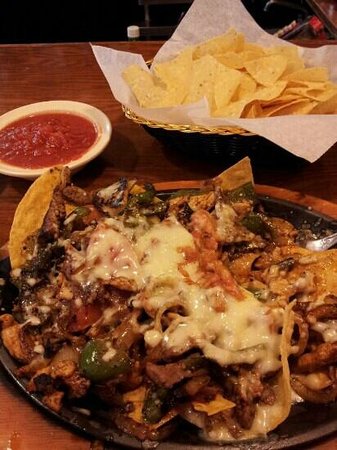 Service was almost too fast as communication with the waiter was horrible. First off he described their side of Mexican Potatoes totally wrong when I asked. (They were essentially bland boiled potatoes.) The beef enchilada was a luke warm corn tortilla rolled around finely ground paste of who knows what with a splash of red sauce on top, not even fully covering it. The waiter stopped by twice and asked how it was. I started to state my complaints each time and before I could comment he was gone. I asked for the mgr when leaving, voiced my issues and he "graciously" removed the the beans that I was charged for, but did not order and did not eat. Bad food + bad service = no return. 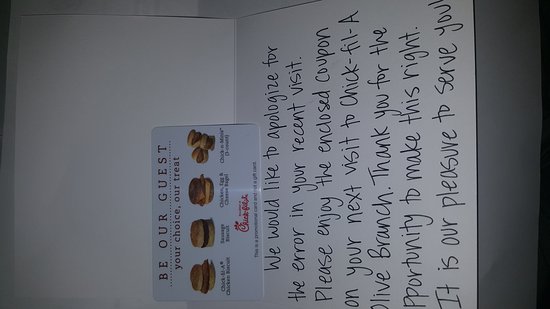 Stopped in for dinner on Thursday evening (July 13th). Had to wait to get into the parking lot because of the number of cars in the drive through. Could not believe how busy the drive through was. Went inside, was able to order almost immediately, had dinner to my table within 5 minutes! Excellent food, excellent service!